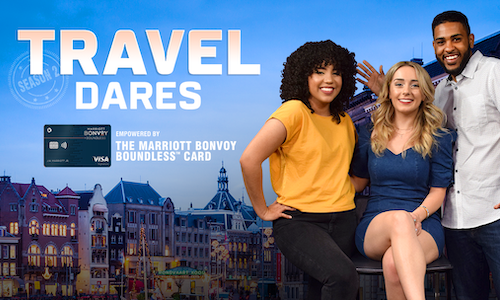 In 2018, Chase Marriott partnered with Insider Studios to create the first-ever branded Facebook Watch show, “Travel Dares” — an 8-episode series featuring two Insider producers who dare each other to step outside their comfort zone in cities across the US.

Year one was a huge success and amassed an engaged fanbase on Facebook.

In year two, we built off the momentum of Season 1 to introduce Chase Marriott’s rebranded travel card, Marriott Bonvoy Boundless. Our goal was to leverage the 250k+ fanbase we had built on Facebook in Season 1, and grow the Travel Dares world across all social platforms.

We used learnings from Season 1 to inform changes in Season 2.

In addition to the main host, Caroline, we added two co-hosts, Aj and Nico, to vary the talent across the season.

We also left the US, embarking on adventures across Wales, England, France, Georgia, Switzerland, Italy, and Austria. The activities were aspirational, but attainable, and included a mix to appeal to all senses of wanderlust — food, culture, and some extreme adventures. We rode the fastest zipline in the world in Wales; escaped quicksand in Northern France; played the alphorn in a field in Switzerland; and learned to ride Penny Farthing bikes in London.

We hosted all content from Seasons 1 and 2 on a custom hub, which was designed to engage viewers with elements like an interactive map.

The campaign ran from June to December 2019.

On the hub, when fans click on a destination, a module will pop up featuring the episode. This module also included a card benefit and a CTA to learn more about the card.

The role of the brand was present throughout every content piece: subtle integrations with the card as an enabler for activities and inspiration for travel, followed by the hosts unwinding at a Marriott hotel to review their day over food and cocktails, paid for with the Chase Marriott Bonvoy Boundless credit card.

The opening and ending title card also had branding with a CTA at the end of the video. 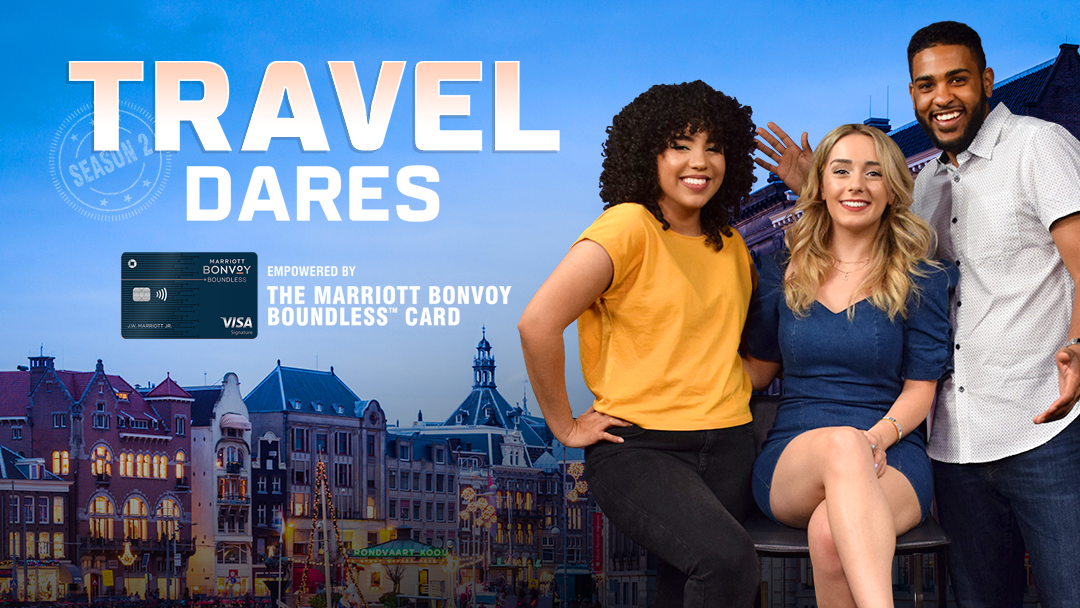