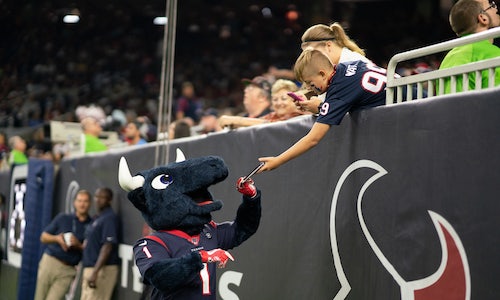 Knowing that, the Houston Texans organization created a friendly, adoraBULL blue bull mascot named TORO, who quickly became an imperative aspect of the Texans starting day one in 2002.

The Texans utilize TORO’s character as one that can connect with that younger demographic, showing them what it means to be a Texans fan. With understandaBULL difficulty of reaching that Generation Z fan base, TORO was ready to pounce toward TikTok as soon as it proved to be the home base for kiddos.

TORO, nationally known as your favorite friendly bull, has extended his reach from football throughout the years in becoming a mentor in the kid space, hosting:

All of this outreach lends a helping hand to over 30,000 Houston students annually. With the addition of TikTok, TORO was aBULL to add an additional element of relatability to his character: an element of comedy for Gen Z across the world.

Simply recreating trends didn’t appeal to TORO to because remember - TORO can’t physically talk. How does a mascot convey thoughts and build a presence on TikTok without speaking?

Mascots can't talk, change facial expressions or even blink and many of the trends on TikTok involve lip syncing or rely heavily on facial expressions. TikTok would prove to be a difficult platform for any mascot. However, TORO was ready to take on the challenge knowing his audience was there waiting for his content.

TORO’s TikTok account was created on the basis of organic, unique content - created, shot and edited by TORO himself.

We started off by looking for dance challenges, pranks and silly trends that TORO could do and from there, TORO’s TikTok personality began to develop. He would add some elements of football and Texans players to his videos, but the real success came from pure TORO personality shining through these TikTok trends. Questions of: “What will TORO do with this?” or “How can a mascot make this work?” started escalating as fans waited to see what he’d come up with next.

With this pent up excitement, TORO moved up his video quantity from once a week to one video per day. We pushed the limits - learning what works and what doesn’t by trial and error, while also just immersing ourselves in the content with the goal of conveying the most loveaBULL TORO personality possible.

First Real Hit:
TORO’s first real TikTok hit came from a simple idea, sitting in the stands and appearing as though he magically ran down to the field within a few seconds, only to end with a popular TikTok dance.

Community Video with players:
Though a huge aspect of TikTok is to do the next funny thing, TORO still wanted to keep his focus on doing good things for the community. In this TikTok, TORO led a handful of Texans players singing Frozen’s “Let It Go” to a young Texans fan battling an illness at the local children’s hospital.

Gameday Prank:
Jokester TORO came out to play on gameday. This TikTok was particularly interesting in that it did not stem from a trend, but rather a unique prank that TORO came up with on his own. Carrying a tall stack of presents, TORO walked around the sidelines, pretending as though he tripped and almost dropped the presents on passerbys. Little did they know, they were actually all tied together.

Football Tricks:
One afternoon, TORO went out to the field to practice some field goals and (with the magic of TikTok editing) he made every single one - even the ones he accidently kicked backwards and the one he flicked with his finger.

TORO has found his TikTok presence with Gen Z by creating silly content that still aligns with his love for fans, football, community, and of course, the Houston Texans.

With a little over five months of work, the TORO TikTok account gained over 420,000 followers, 5 million likes and became the 4th most followed NFL TikTok account. TORO surpassed his goal of reaching and creating younger fans on TikTok, but beyond the numbers, fan responses and reactions have been the most memoraBULL.

TORO’s TIkTok followers race to be the first comment on TORO’s TikToks, share how they saw TORO at their school - and even ask him to come do a school program for them.

In December, the Texans hosted an event called the Rival Rally, hosting fans across the city to celebrate that the Texans were about to take on the Titans. TORO appeared at the event, shaking hands and posing for photos when a teenage boy ran up to him to let him know he loved TORO’s TikTok account. His mom followed up explaining how her son loves TORO’s TikTok so much, he asked to make the trip from Dallas to Houston just to see his favorite TikToker.

This is just one of many scenarios where the Gen Z fan base has associated TORO with TikTok and created this connection of familiarity, fandome and excitement beyond the football world - but as a character and role model to look up to. 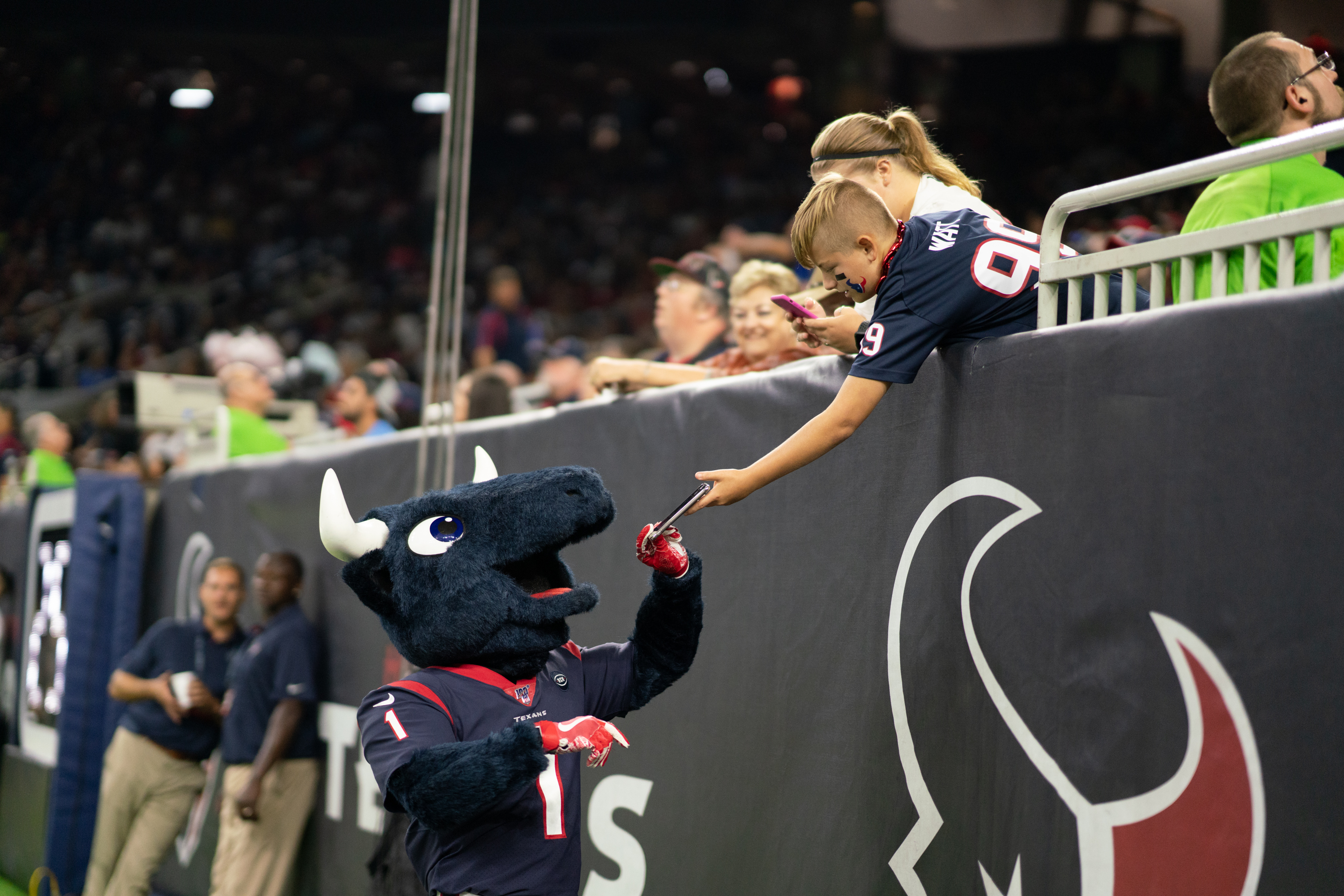