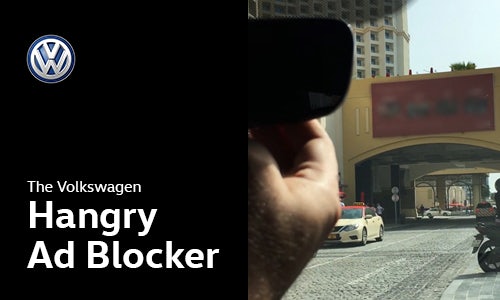 The ambition was to capitalize on April’s Fools day, which fell just before Ramadan, by releasing a regional prank that would not only build brand affinity for Volkswagen MENA, but also extend our reach to new audiences through the creation of highly shareable and relatable content.

The goal was to create an April Fool’s Day prank that was passable on the Newsfeed, appearing authentic yet also absurd enough to entice speculation in the form of comments and engagement.

It’s no secret that the UAE is a driver’s nation, we spend far more time in our cars than any other mode of transport, with research showing that drivers in the UAE spent a combined average of 130 hours in their cars during peak traffic in 2018 alone - making the overwhelming clutter of road ads we drive through on the daily just a normal part of UAE living.

For the best part of the year, it’s really not that big of an issue; you can just tune them out.

During Ramadan however, this is a burden more than anything else, as you are forced to drive through a never-ending torrent of food ads when the last thing you want to think about is eating, especially after a long day of fasting.

Online however, it’s an easy thing to block out the ads you don’t want to see. In fact, more than half of the UAE internet population uses ad-blockers, up from 47% in Q2, 2017, with 54% of the UAE alone opting in for an ad-free online experience.

On #AprilFoolsDay we tapped into this regional insight and announced our latest car feature; a real-life ad blocker, that identifies and distorts pesky surrounding ads so that drivers can keep your focus on your road and your appetite at bay.

We brought this to life through a ‘real-life’ curated video taken from the perspective of a passenger as they explore our latest feature in action.

We then sent our video to an influencer so they could ‘leak’ it on our behalf, making it seem more authentic, allowing us to then curate the video on our channels in a ‘the cats out of the bag’ kind of way.

Ultimately, enabling us to create content that felt authentic, organic and social-first, as we puzzled the nation with a concept feature that is so absurd, it might actually be true. 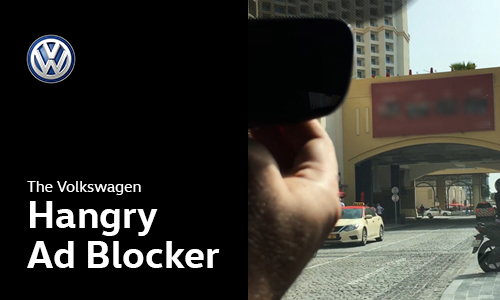