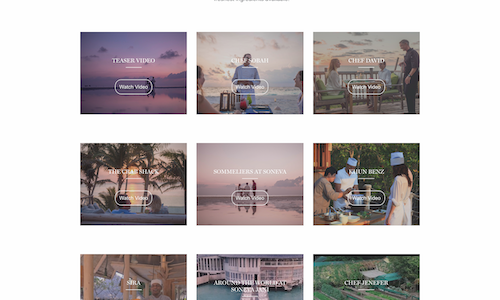 The Soneva Tastemakers campaign invited guests to experience a rare behind-the-scenes glimpse into life in our bustling kitchens at Soneva Fushi and Soneva Jani in the Maldives, and Soneva Kiri in Thailand. The campaign aimed to shine a light on our resorts’ very own culinary heroes – honouring those talented, hard-working chefs and sommeliers whose passion, drive and skill creates culinary magic every single day. Delving into each Tastemakers’ unique personal journey, cooking style and gastronomic philosophy, the series offered a fascinating insight into the people and personalities behind our menus, while also focusing on the unique experiences that our guests could expect when dining with these chefs.

Our objective was not only to increase guests’ awareness of these wonderfully skilled and dedicated individuals (who are often over-looked or out of sight in the hospitality industry), but also to celebrate their talents and achievements among their peers. Soneva’s resorts are considered among the world’s top destinations for gourmet food lovers, welcoming an ever-changing roster of Michelin-starred chefs. The Tastemakers campaign underlined how our homegrown talents could stand shoulder-to-shoulder with these world-renowned culinary giants.

Six months in the making, the Tastemakers campaign was wholly developed in-house, created by our talented Digital Storytelling team to highlight the remarkable work being done every day by our resorts’ own culinary superstars. By making the decision not to collaborate with an external agency throughout the creative process – from the initial storyboards to filming and final edits – we were able to offer a much more personal approach to the campaign, which brought out the Tastemakers’ true personalities and showed the world the reason why we chose them. Some of our Tastemakers have been with Soneva for many years, and creating this campaign enabled us to honour and offer our appreciation to these much-valued team members.

The chefs and sommeliers featured in the Soneva Tastemakers campaign were chosen from across our resorts in the Maldives and Thailand, picked for their dedication, creativity and passion. These included:

The Tastemakers Campaign officially launched in July 2019, running for six months until the end of December that same year. The Tastemakers were each showcased in 10 individual films, as well as an overall teaser campaign. These films were hosted on a dedicated landing page - https://www.soneva.com/the-tastemakers/ - with a new Tastemaker video launched to the public every two weeks.

The digital strategy for the campaign took a comprehensive approach – the Tastemaker video series was supported by regular EDMs to our community of guests, travel partners and stakeholders. Throughout the six-months of the campaign, videos from the Tastemakers series were posted across our Soneva social media channels, including Instagram, Facebook, Twitter and LinkedIn, engaging with a diverse international base of existing and potential guests and an aspirational, digital-savvy audience that was hungry for exciting and informative content on our one-of-a-kind hospitality experience.

The Tastemakers series was also supported by an extensive public relations campaign across Soneva’s partner network of international PR agencies.

When the Tastemakers campaign launched back in July 2019, we held an official screening for all of our hosts at Cinema Paradiso (our open-air cinema) across our resorts. Since then, the films are played for our guests on a weekly basis at our onsite Cinemas.

Our PR coverage mentioning our culinary and gastronomic offerings increased by almost 30% over 2018, plus the number of covers at the restaurants featuring the chefs increased by 5 - 15% over 2018 numbers, with an average of 30% increase in F&B revenue.

A less tangible result, but by no means less important, was the satisfaction felt by all of the teams featured in the Tastemakers series, who found immense pride in sharing their work on a global scale. The special hosts’ film screening had an emotional response as these dedicated team-members were recognised for all of their efforts in front of their peers, resulting in a deep sense of loyalty and purpose in the organisation.

Our hosts play a vital role in the success of Soneva, and the Tastemaker series has opened up a deeper bond between hosts and guests. Guests are increasingly name-checking individual Tastemakers when they make a reservation. The chefs and sommeliers featured in the series have been told by numerous guests that they have seen their films and love their work. Their increased sense of pride and job satisfaction as a result of the campaign is immeasurable.

Video for The Soneva Tastemaker Series 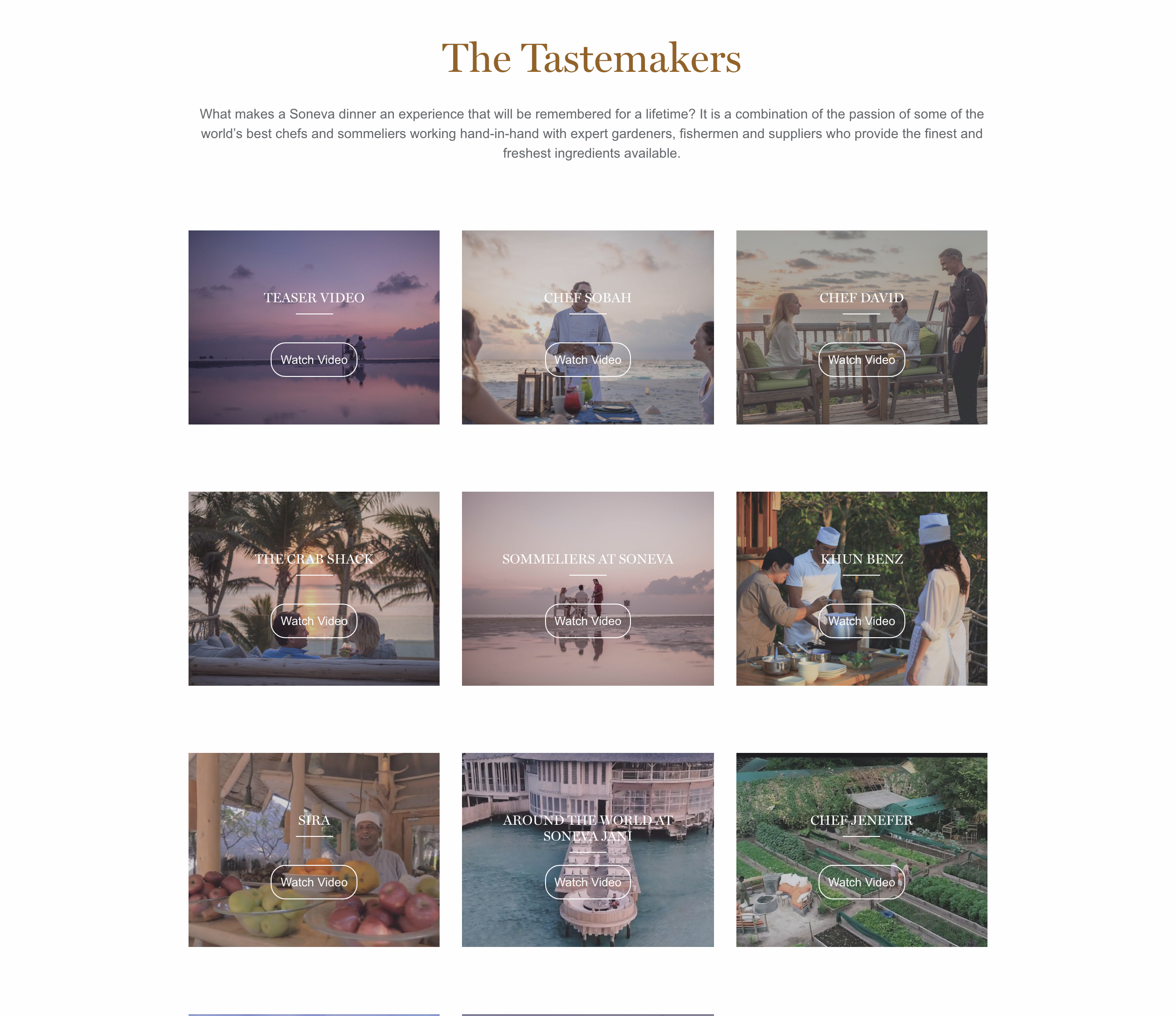