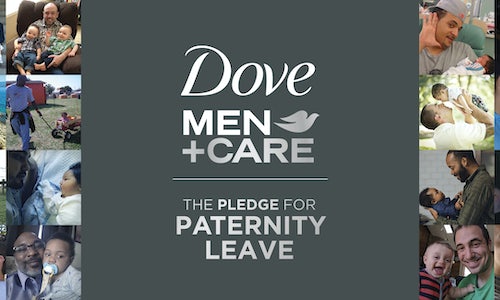 Since 2010, Dove Men+Care has been committed to expanding men’s opportunities to care by addressing stereotypes around masculinity, fatherhood and sports. In 2018, the brand began a transition from simply celebrating the caring role of men into driving action around an issue that inhibits men’s ability to care – paternity leave.

Through proprietary research, we found a shocking territory that seemed to be holding fathers back from being the best father they wanted to be – a lack of time to spend with their children at birth. In these conversations, we heard them express that not being there for their child and partner set a tone of “lack of care” throughout their fatherhood journey. As a champion for care, we sought to combat this issue and help bring care to the start of these relationships at a key moment in time.

This past February, Dove Men+Care extended its commitment to paternity leave and set out on a mission to acquire the authentic social proof needed for dads everywhere to feel safe and normal when asking for and taking leave, and to drive real change for the cause.

Dove Men+Care has mobilized a plan that, with the help of experts and notable organizations, will allow the brand to impact the lives of all men. This focuses on targeting a community to show public demand, working with business leaders to prove economic validity and communicating directly with policy makers to make legislative change.

In partnership with Promundo and The Boston College Center for Work and Family, Dove Men+Care has sponsored pivotal reseach including Promundo’s State of the World’s Fathers Report and Boston College’s New Dad Research Series.

Our research showed that, on average, 85% of dads globally say they would do anything to be more involved after the birth/adoption of their child. However, even in countries that offer paid leave, only 33% of dads took their full entitlement, demonstrating that many still feel uncomfortable in taking paid leave.

Additionally, only 1 in 5 American men have access to any paid paternity leave, limiting a critical opportunity for men to care.

Dove Men+Care created and encouraged all dads, allies and business leaders to sign the Pledge for Paternity Leave to show their support of every dads’ right to paid paternity leave. To meet an urgent need in the U.S. right now, we also launched the Dove Men+Care Paternity Leave Fund, a $1 million commitment to fund dads who are unable to take meaningful time off during this important life moment. Each recipient will receive $5,000 to eliminate the choice between spending time with family and receiving a paycheck (within the first year of the child’s birth).

To help drive national awareness of the Pledge and the Fund, we partnered with paternity leave advocate and entrepreneur Alexis Ohanian as our campaign spokesperson. In addition, we have leveraged additional long-time partners such as City Dads Group, Gays with Kids, Josh Levs, Dr. Wizdom Powell and Jim Higley to drive diversity, awareness and support through original content, op-eds, community events and more. In particular, events included the Dad 2.0 Summit – where the brand unveiled the Pledge to the fatherhood community – and business-oriented events such as the Women Deliver Conference – where the brand highlighted paternity leave’s positive impact on women with support of proprietary research, revealing that a majority of women say mothers would have better physical and mental health if fathers took at least two weeks paternity leave.

Through these efforts, Dove Men+Care identified a passionate community of dads and allies. During Father’s Day 2019, we unveiled Advocates for Paternity Leave a private Facebook group that helps dads and allies to stay connected, informed and armed with the tools they need as activists influencing change across the country.

As Dove Men+Care prepared to enter the policy space, we understood the need for an expert voice to authentically connect the brand to the political landscape and partnered with Paid Leave for the U.S. (PL+US) – the national campaign to win paid family leave by 2022. This past October, Dove Men+Care, PL+US, Unilever leadership, Alexis Ohanian and our Dadvocates (Paternity Leave Fund recipients turned advocates) executed a Dads Day of Action on Capitol Hill to deliver our Pledge signatures, highlight the business support for paid leave and uplift the stories of real dads from across the country.

Increased Awareness Around the Issue of Paternity Leave

The Pledge has earned coverage in nearly every major news outlet in the country including The Today Show, Good Morning America, CNN, FOX News, CBS News, ABC News, MSNBC, The New York Times and more – resulting in over 2,800 earned placements and over 2.8 billion earned impressions to date. The initiative has established widespread consumer awareness around the issue, resulting in over 40,000 Pledge signatures and nearly 35,000 Fund applications since launch.

Through the Fund review process, we have supported 75 real dads to-date who otherwise had no meaningful time off with their newborn. In addition, we have inspired dads and allies to advocate for the issue through our Advocates for Paternity Leave Facebook group, which has over 1,400 members and has generated nearly 400 posts and over 8,600 engagements. Current members have been inspired to organically carry out advocacy and speak to the importance of paternity leave with their local legislators and local media outlets.

During our Dads Day of Action, we met with 23 key legislators from both sides of the aisle – including Sen. Kirsten Gillibrand, Sen. Marco Rubio, Sen. Chuck Schumer and Sen. Bill Cassidy – as well as the House Future Forum to deliver our Pledge signatures and to raise paid family leave as a priority issue. There have been three new bills that have been drafted, endorsed or introduced by legislators who we met with that day.

Video for The Pledge for Paternity Leave 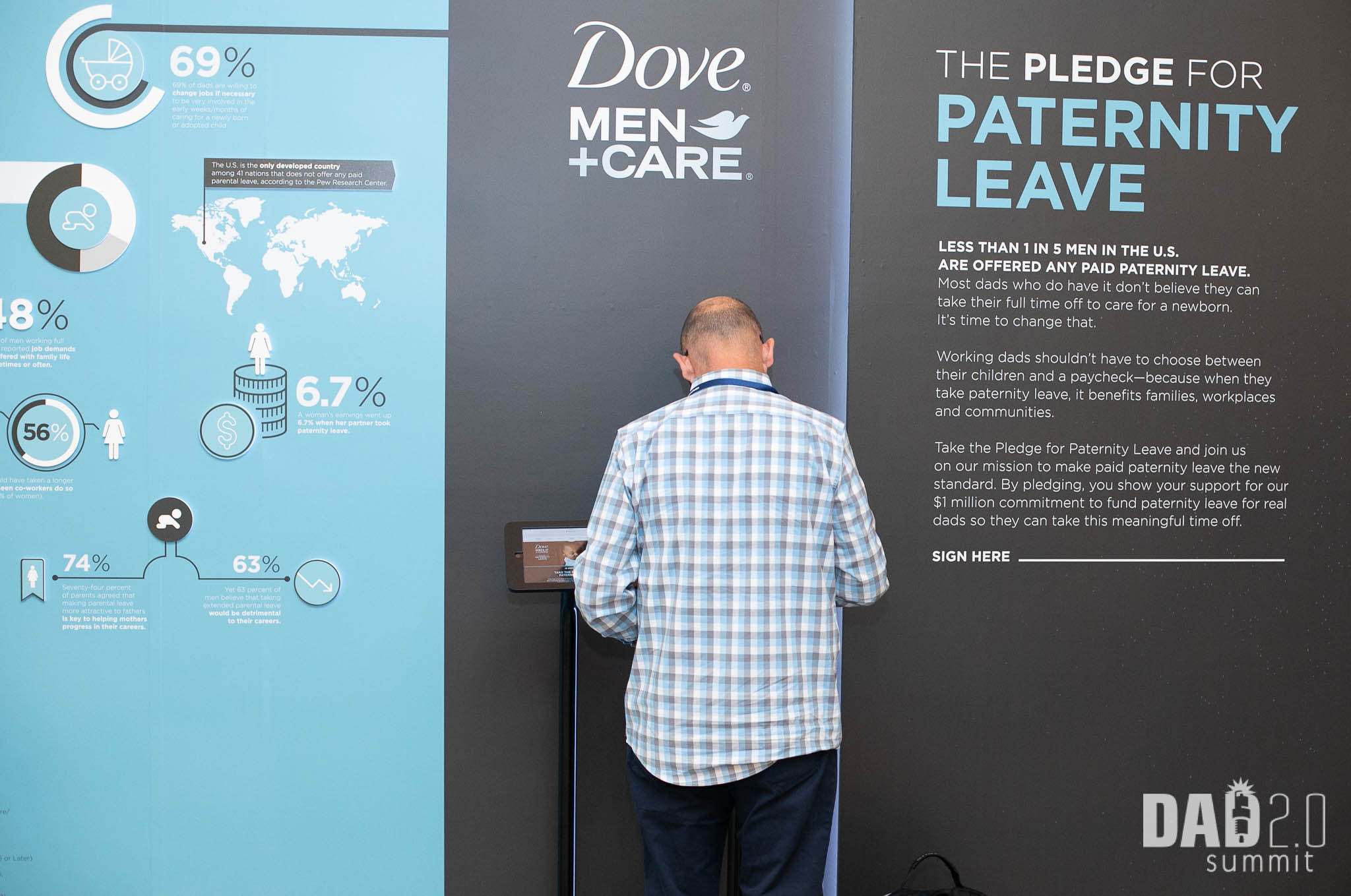 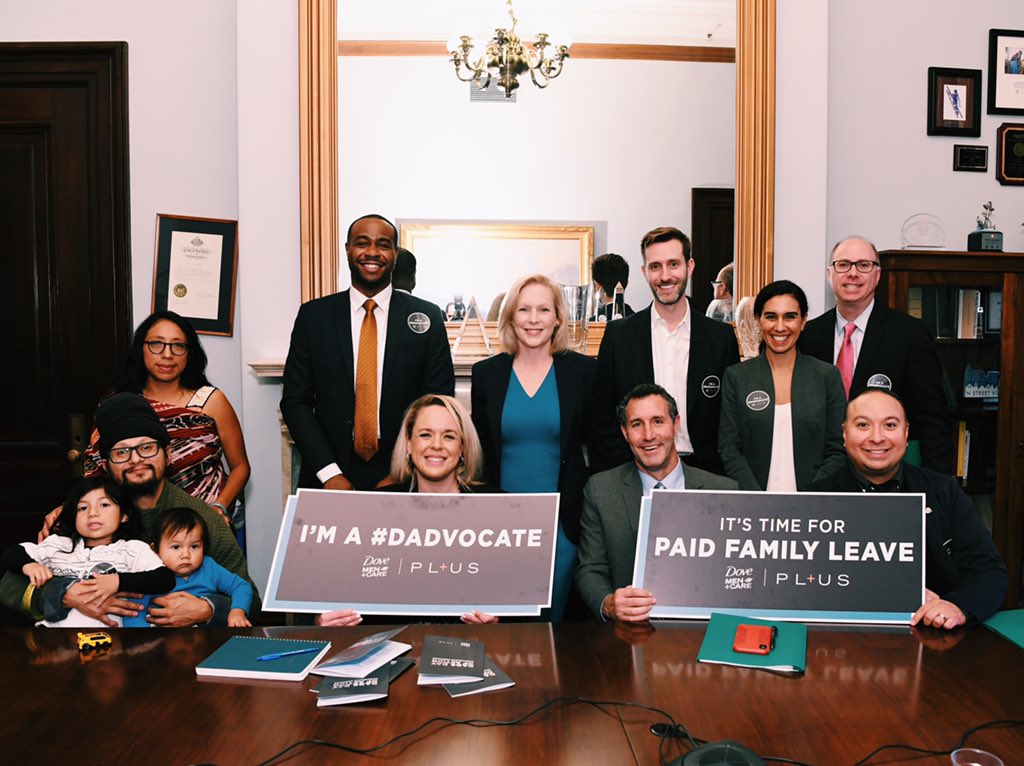 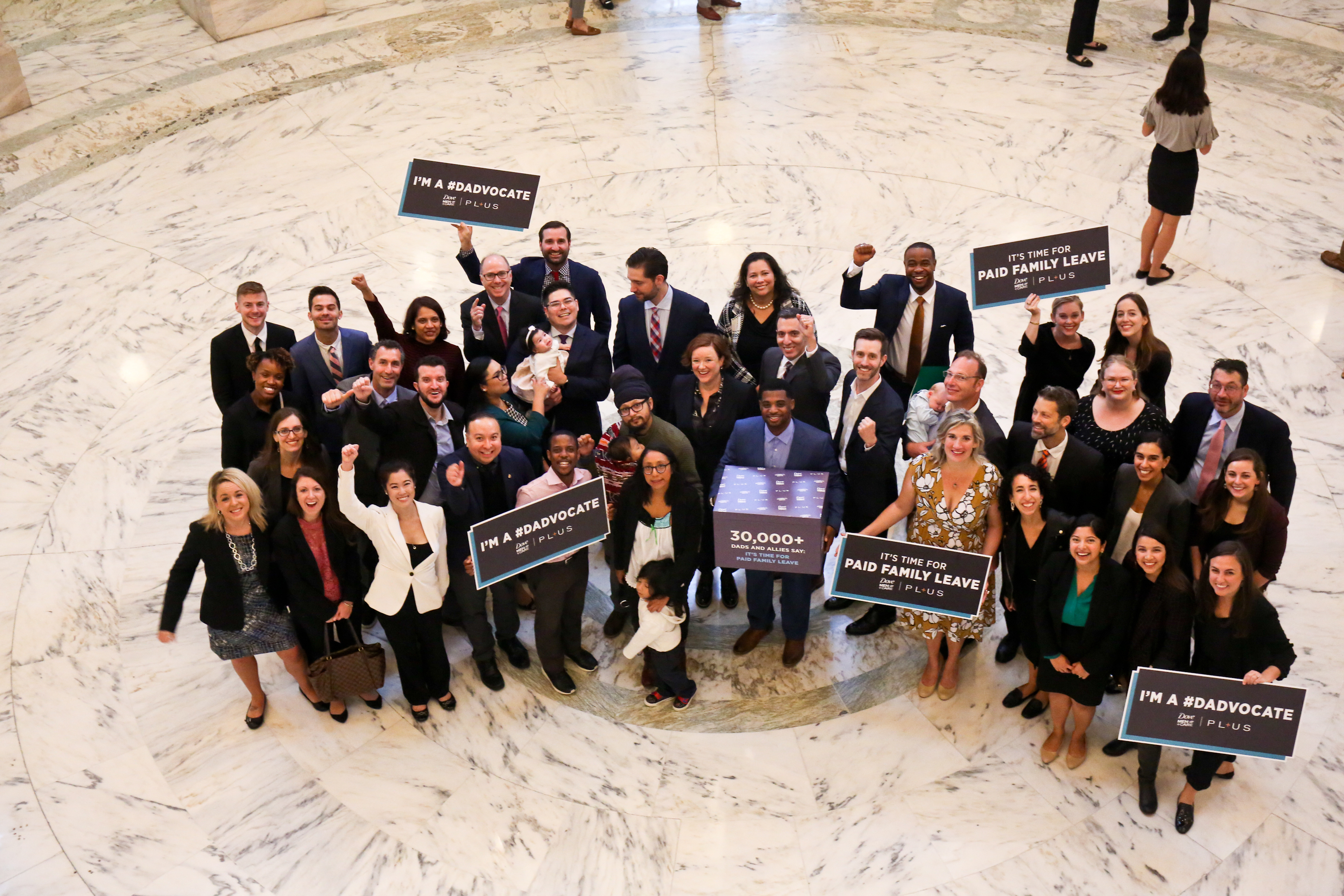 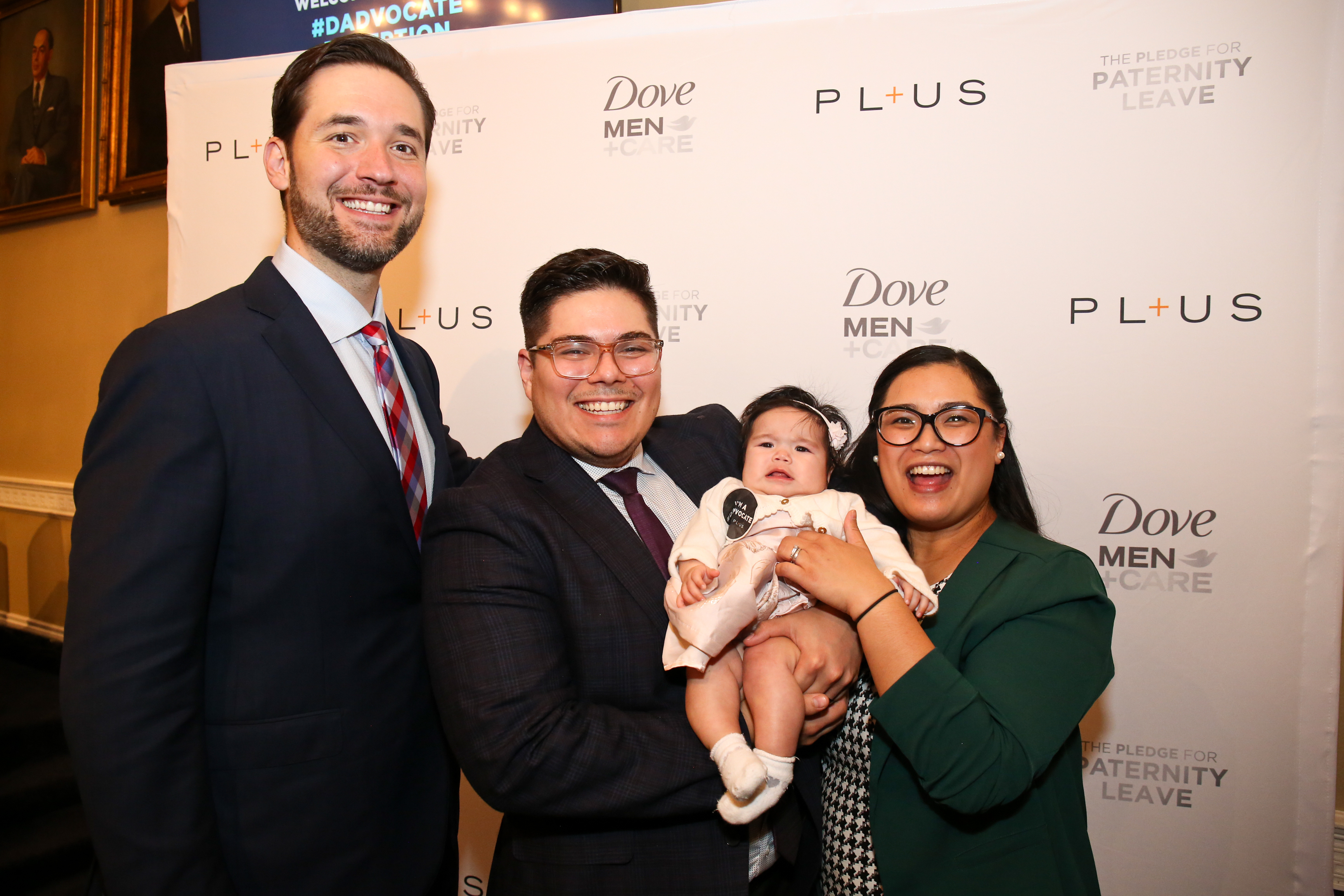 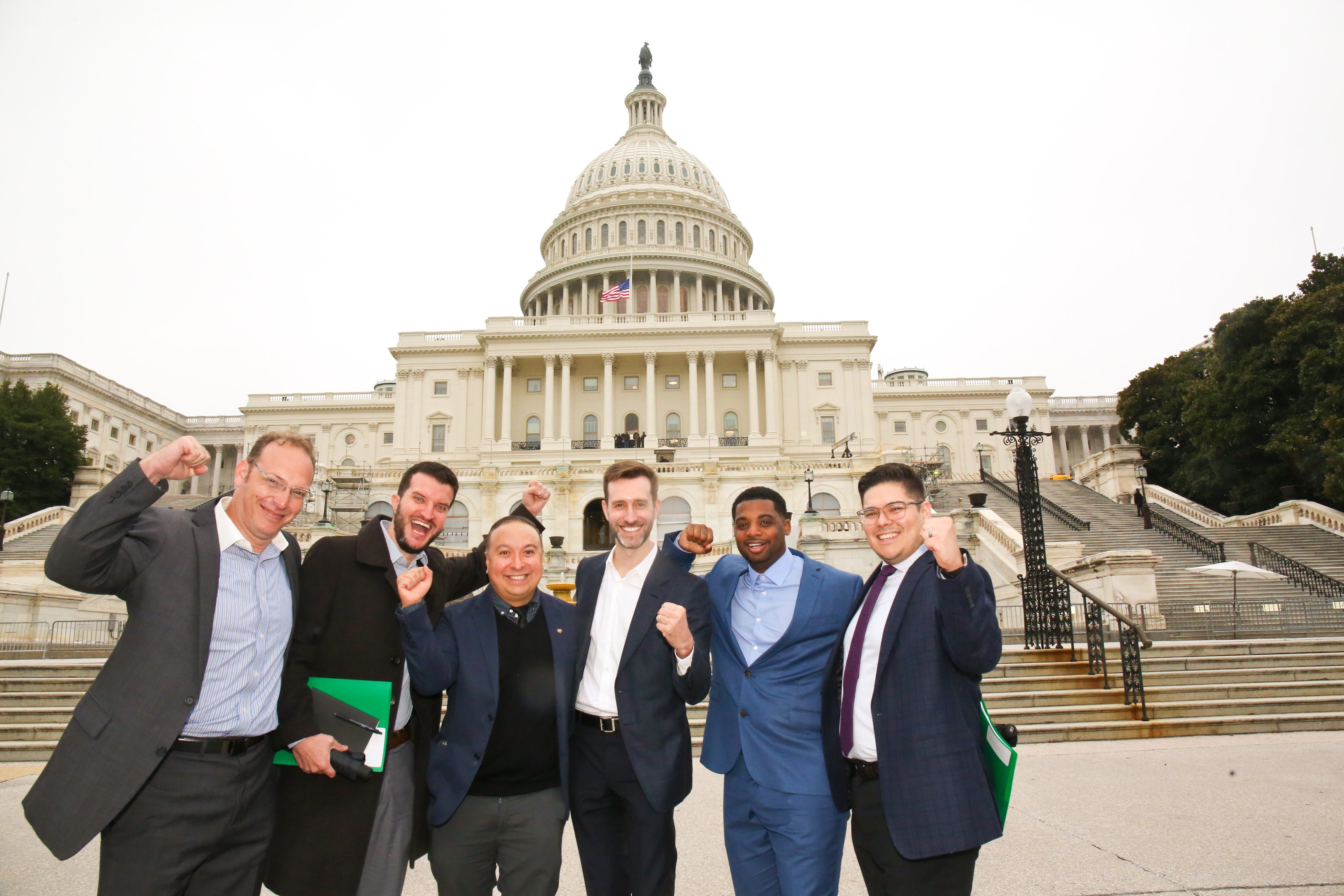 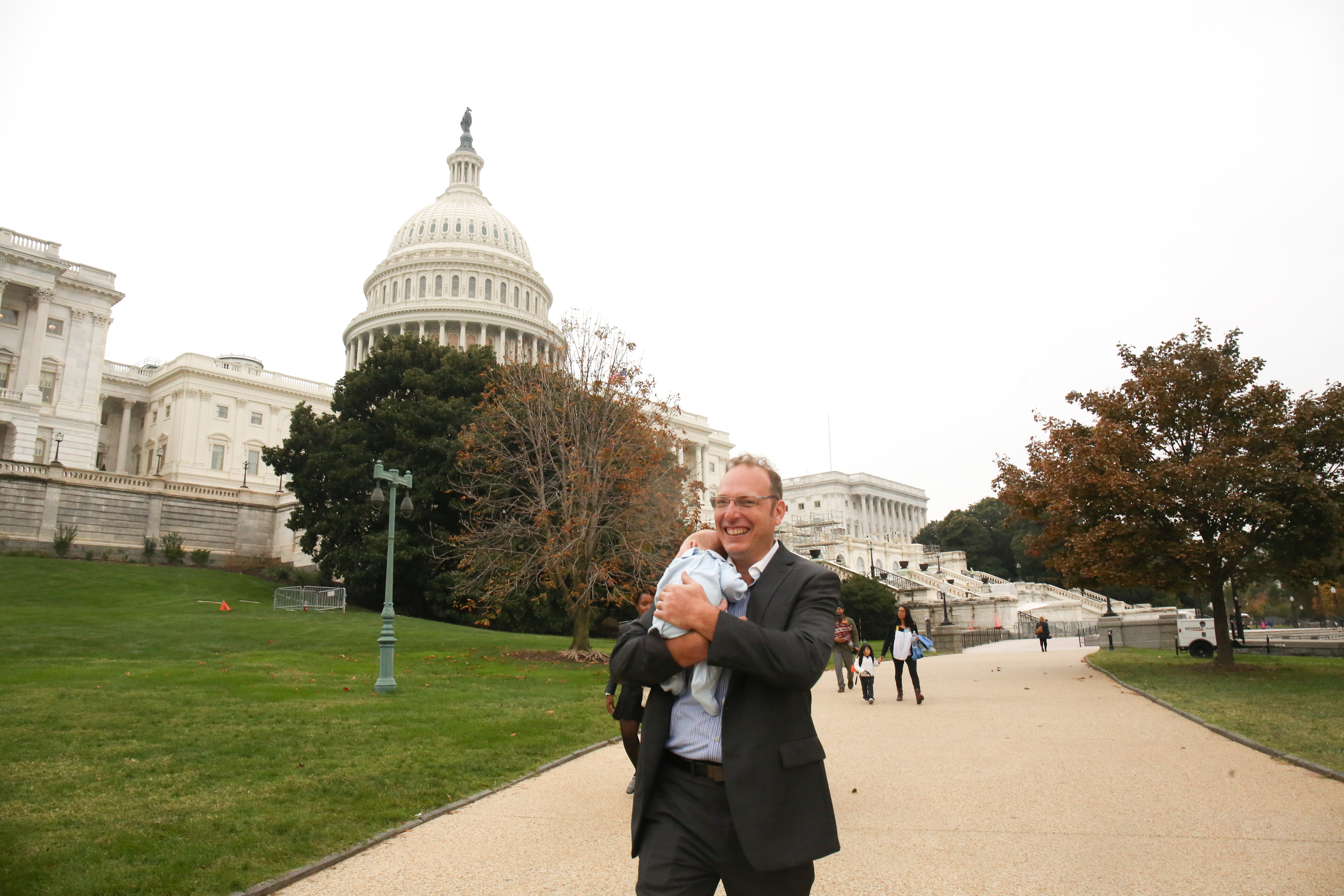 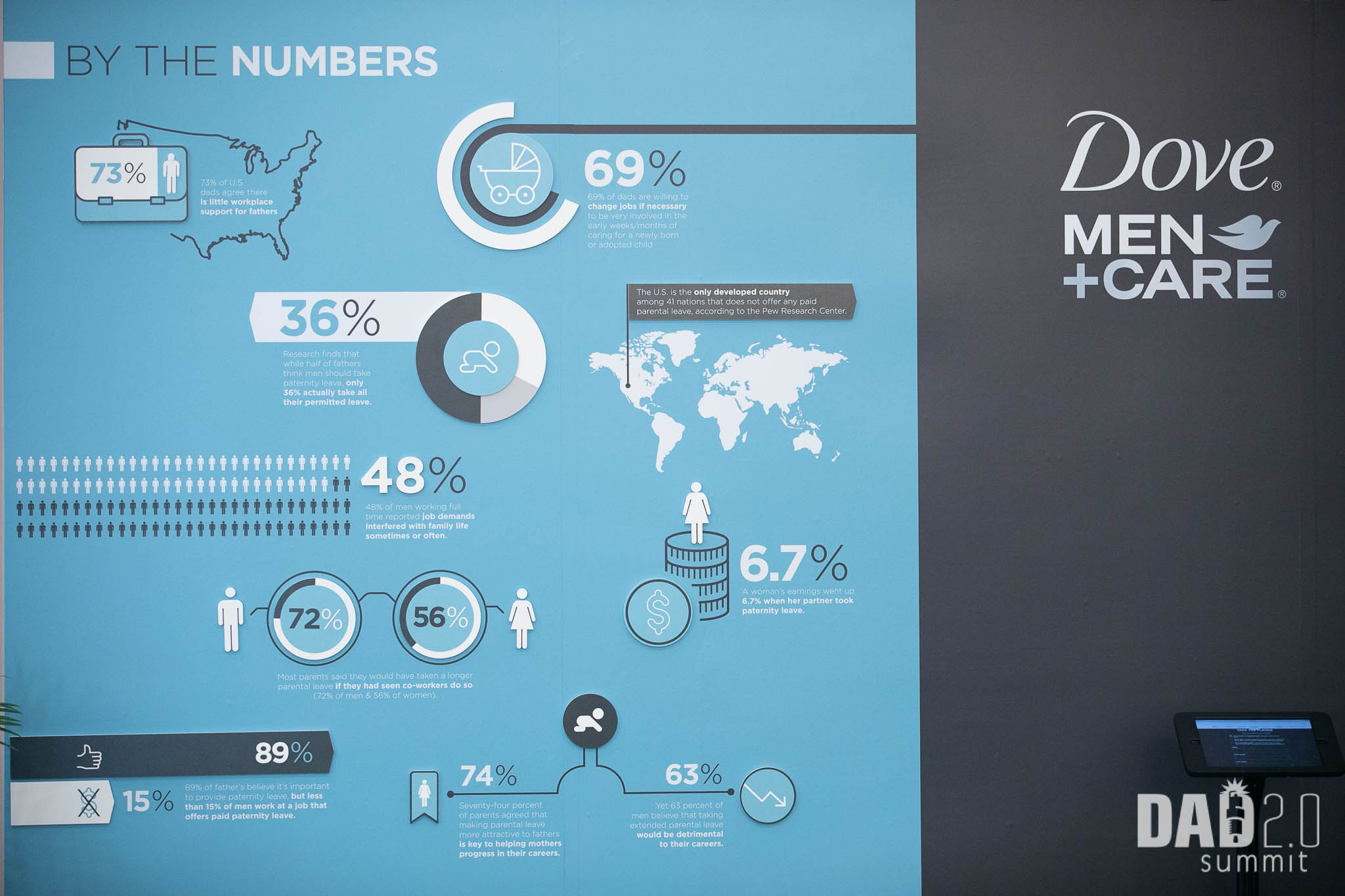