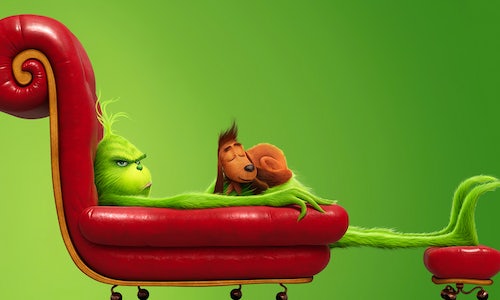 As if social media wasn’t already negative enough, we partnered with Universal and Illumination to spread a little bit more Christmas sneer, courtesy of everyone’s favorite sarcastic Whoville. The aim was to not only build awareness of the film’s release, but to also let fans know that the film had been brought up to 2018 speed. In addition to cynical community management that highlighted the humor, we used Instagram stories, GIFs, plane breakers, and more to show that, buried very, very deep, even the Grinch has a little bit of heart.

There’s a little something for everyone with the Grinch, which meant that we had a wide audience to target: families, millennials, adults, and Gen Z. To accomplish this, we broke each group down into specific emotions. For families, it was all about Christmas spirit: bring the family together and watch a movie that everyone can laugh at. To get the attention of Gen Z, we made sure they knew that the new film was up-to-date with pop culture. Millennials could be brought in by making our content sweet and subversive - the movie was smart and, in the end, a feel-good experience.Finally, to snag adults we focused on nostalgia. We wanted them to remember the classic vileness of the Grinch they knew when they were younger and connect it to a more modern time. We knew that Twitter was the way to reach all four of these quadrants. It was not only the most saturated social channel, but also the easiest way to get the Grinch’s sarcastic voice and tone out into the world. We built his following organically by replying to tweets and then kept fans interested with GIFs, videos, jumping into current events and hashtags, custom content, and a whole lot of playful Grinchy-ness.

Over 625,000 people viewed our content during the dreadful holiday season and our content had a 36% engagement rate, all done organically and with much pungency. Fand of the classic film and new fans alike basked in the negativity of the Grinch.

Video for The Grinch