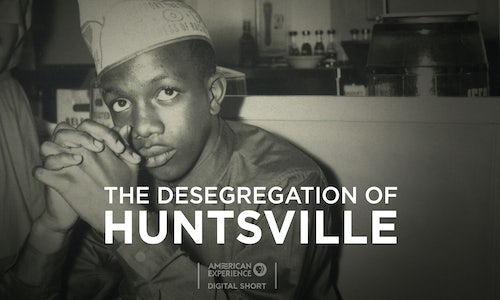 The Desegregation of Huntsville

At American Experience we make long form digital videos to elevate awareness of people who deserve a place in history, expand concepts of history through storytelling and show how the past affects the present. Our long form video, THE DESEGREGATION OF HUNTSVILLE, accomplished all of these aims. We created the nine-minute short documentary as part of our digital content campaign to support our broadcast documentary CHASING THE MOON, a six-hour social and political history of the space race. THE DESEGREGATION OF HUNTSVILLE tells the little-known story of African American civil rights activists in Huntsville, Alabama, who formed a “psychological warfare committee” to outsmart white supremacists and force the city to become the first in the state to desegregate. Huntsville African Americans used familiar civil rights movement tactics of sit-ins and demonstrations to turn the city’s economic dependence on NASA into a lever of social and political change. In making this documentary video, we unearthed little-seen home movies of the Huntsville civil rights movement that many feared were lost forever. Major historical changes like the desegregation of the American South can feel inevitable today. THE DESEGREGATION OF HUNTSVILLE shows that change comes from people. While their names and faces may be forgotten, what they worked for, we inherit.

Huntsville, Alabama is one of the primary locations of the space race narrative of American Experience’s broadcast film CHASING THE MOON, but the film does not cover the local impact of NASA on the lives of its residents. In THE DESEGREGATION OF HUNTSVILLE, we picked up where the film leaves off to look at the implications of NASA’s arrival in Huntsville in 1960. The space agency brought new financial opportunities to the city, but for African Americans, the space boom only heightened the disparities of segregation.

Enter John and Joan Cashin in January, 1962. With a small group of like-minded black professionals, they formed the Community Service Committee (CSC), which led a mass movement of sit-ins, poster walks and boycotts. The CSC saw Huntsville’s dependence on federal money was a vulnerability they could exploit to integrate the city.

John Cashin called it psychological warfare—and by July of 1962 the CSC’s creative tactics paid off. Huntsville began desegregation two full years before the passage of the 1964 Civil Rights Act and with almost none of the violence that met activists in Birmingham and elsewhere in the state.

Histories of the Huntsville civil rights movement focus on two male leaders, Sonnie Hereford and John Cashin. But THE DESEGREGATION OF HUNTSVILLE pivots on the bravery of their wives, Martha Hereford and Joan Cashin, who conspired to get arrested in a sit-in while Martha was late in pregnancy and Joan held her infant daughter. The arrest and jailing of these two women broke the media silence surrounding the Huntsville movement and turned the sit-ins into national spectacle.

We went to Washington, DC, to interview the Cashins’ daughter, Sheryll, now a professor at Georgetown School of Law, who was the infant in Joan Cashin’s arms when she was jailed for attempting to desegregate a lunch counter. And we went to Huntsville, where we interviewed Edna Dailey and Ivy Joe Milan, who both participated in sit-ins as young teenagers; NASA historian Brian Odom; and local writer Jane DeNeefe. In Huntsville, we also interviewed Dr. Hereford’s son, Sonnie Hereford IV. In 1962 Sonnie IV was the first African American child to integrate one of the previously all-white Huntsville public schools.

While researching this story to adapt it for video, we learned that the late Huntsville civil rights leader, Dr. Sonnie Hereford III, had shot 8mm home movies of the local movement. Though some of the footage had been used in a locally produced and distributed documentary, no one seemed to know what had become of the original film reels. Neither Dr. Hereford’s family nor historians of Huntsville felt certain the film had survived.

THE DESEGREGATION OF HUNTSVILLE tells little-told chapters of the story of a bold, innovative, local-level Alabama civil rights movement, which led the way for the entire state. In our pursuit of telling this story we recovered a footage archive of African American life and activism in 1962 Huntsville, Alabama. The archive ultimately informed the storytelling and editing process and resulted in a richer, more inclusive story. From June-August of 2019, as we engaged the American Experience audience with the space race history of CHASING THE MOON, we brought 75,000 viewers to THE DESEGREGATION OF HUNTSVILLE, across Facebook, Instagram, YouTube and the American Experience website.

Video for The Desegregation of Huntsville 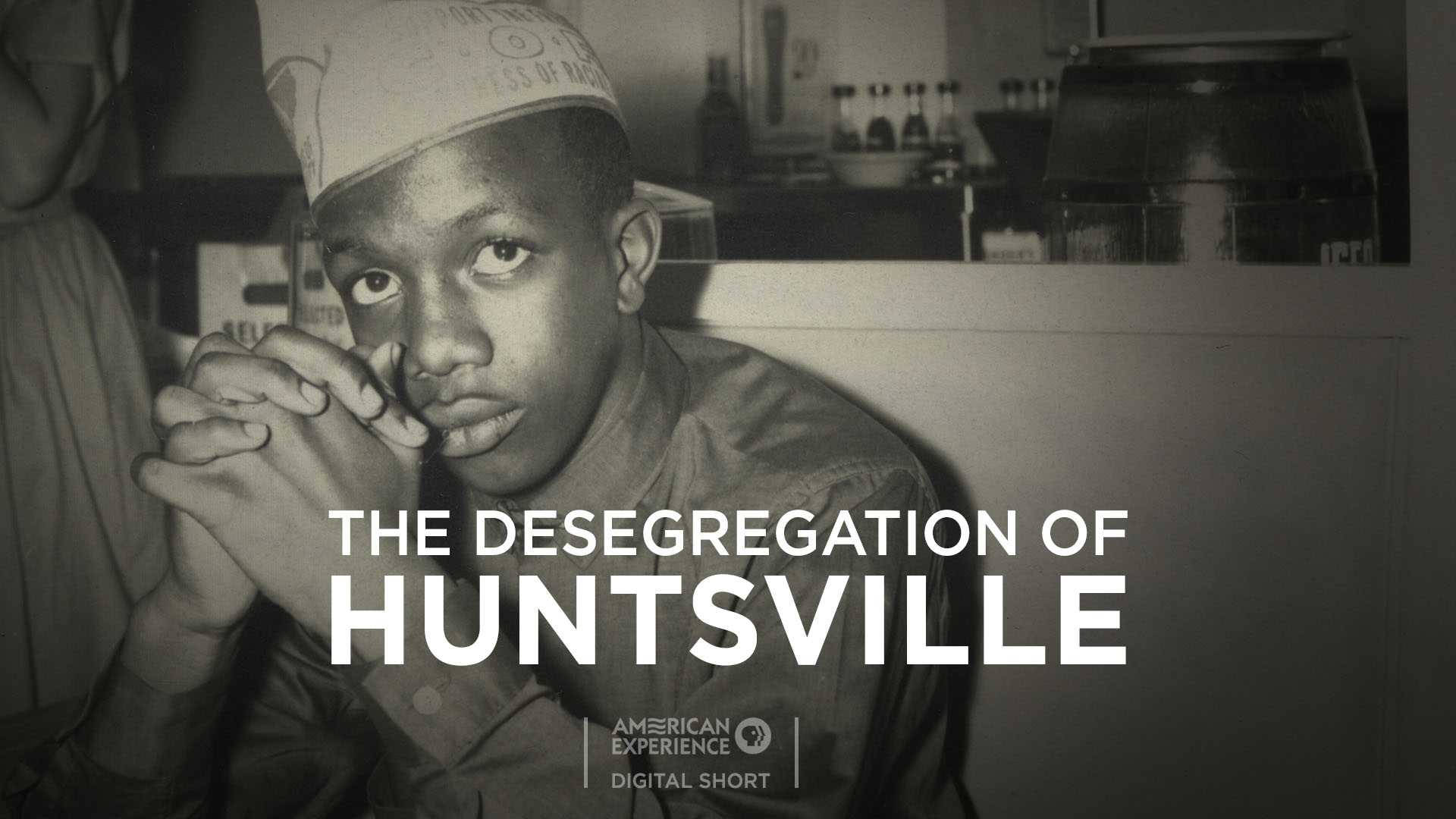