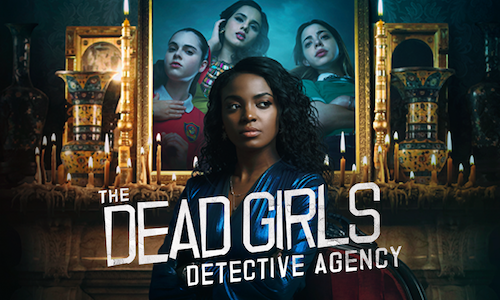 The Dead Girls Detective Agency was one of the first Snapchat Original series, walking uncharted ground from conception to release. We sought to not just make a great new show, but create a new kind of show: a supernatural teen soap built for mobile. That approach fueled the storytelling (crafting a bingeable, addictive mystery in 5 minute episodes) production (shooting entirely in vertical) and distribution (releasing daily on a social platform). Our hope was to reach a young audience flocking to outlets like Snapchat over traditional TV, meeting them where they are and designing a show to fit their screens.

After the success of the first two seasons, following 16-year-old ghost, Charlotte Feldman, as she searches for her killer from beyond, Season 3 aimed to expand the world to a new victim and central mystery – the murder of Grace, heir to one of Manhattan’s biggest fortunes. As Charlotte did before, Grace must adapt to life at the Hotel Atessa – purgatory dressed in stylish art deco, whose teen “residents” must get a confession from their killer to earn a key to the Afterlife. In true mobile-first fashion, the Atessa also gifts each ghost a phone to track the Hotel’s many rules and communicate with mediums. These phone graphics replicate typical push notifications, as if the Atessa app were on the viewer’s phone too. Snapchat, Instagram, and other digital platforms are also central to the investigation. Leads are no longer “Mr. Green in the library with the lead pipe.” Rather, “@green on Insta with the screenshot.” However, such literal methods of mobile integration were only the tip of the iceberg. In production, we also adopted several techniques to help compliment the vertical screen. From the beginning, we cast a small ensemble who could fit easily within the frame. Additionally, we used split screens to convey more story in a shorter time. We were always aiming for a shorter runtime to keep audiences constantly engaged. A single dull moment could send a viewer to any of the other dozens of apps vying for their attention, so we paid special care building out unique hooks and cliffhangers for each episode, delivered in a bite-sized five minutes in the Snapchat Discover section. Beyond the episodes themselves, the Dead Girls team also specifically sought out talent with a vested interest in our “mobile soap” mission. The cast regularly engaged on social media with fans, while the directors, writers, and producers leaned into the creative challenges of this new medium, embracing the vertical format to deliver a high quality, unique final product.

The Dead Girls Detective Agency exceeded all expectations, both in data and critical reception. With over 20 million unique views, the show earned a larger audience than such juggernauts as the Game of Thrones finale, capturing the hearts of its widely coveted young audience through a pioneering vertical format and storytelling style the New Yorker described as, “always on the edge of a cliffhanger.” Its success led to four season orders and continued audience growth. 80% of viewers who completed Season 2 went on to watch Season 3, and 55% who watched the first episode went on to finish Season 3, up 15% from Season 1. These numbers make DGDA Snapchat’s most popular original series, and the critics agree. The show earned features in Broadcast, the LA Times, Financial Times, the New Yorker, and Elite Daily, who called DGDA, “the only Snapchat show you need to watch.” DGDA also garnered nominations from the C21 International Drama Awards, Rose D’Or Awards, Webby Awards, and Broadcast Digital Awards. We have been successful in our goals by staying innovative and deepening the central mystery each season. With such a hardworking team behind it, it's no wonder DGDA has continued to be a smash hit. 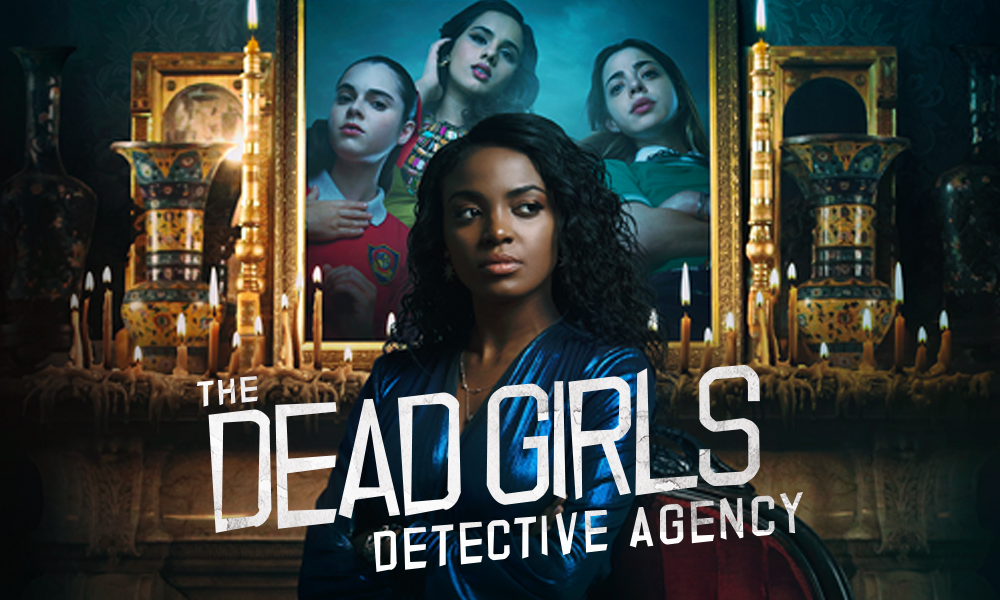