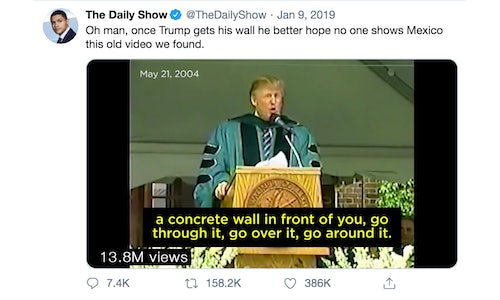 The Daily Show with Trevor Noah

Rather than limit The Daily Show’s Twitter presence to repackaged linear content, we have a team dedicated to expanding The Daily Show’s voice into the digital space with original content that caters to the Twitter audience specifically. This team’s objective is to make the show’s social presence not just funny and entertaining, but genuine.

Our team of digital producers and writers don't just react to news, we drive the conversation online with timely and incisive video content. We’ve built an arsenal of refillable web series like This Day in Obama Scandal History, Unsolved Mysteries: White House Edition, and Trump’s Best Words, to go along with the rapid response video content we’ve long been known for. We've also become a reliable source of unearthed archival footage that points out the absurd and hypocritical.

In 2019, @TheDailyShow garnered over 196 million video views (+50% YoY) and 12 million total engagements (+39% YoY)  across 3K total tweets, making it the most socially engaging show on Twitter among late night talk shows. Whether The Daily Show linear is in premieres, on hiatus, or going live for an event, @TheDailyShow is always the #1 most engaging late-night show on Twitter, and produces more rapid-response video content for Twitter than any other late-night show.

Video for The Daily Show with Trevor Noah 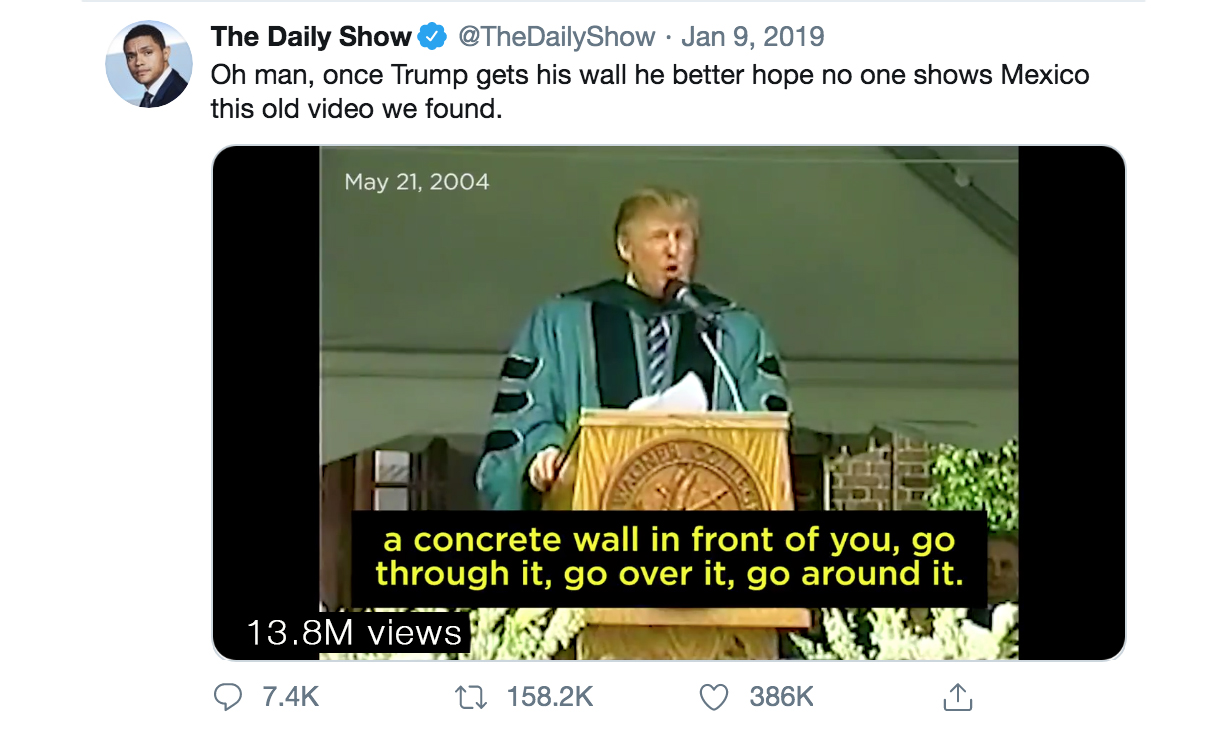