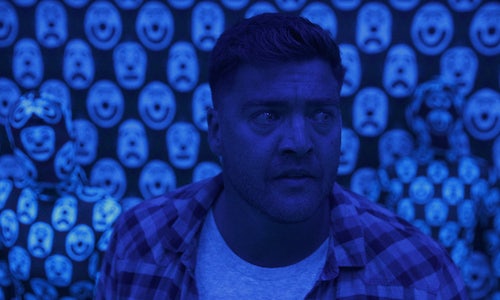 It Chapter Two - "The Challenge Joins The Loser's Club"

With the release of It Chapter 2, Warner Bros sought a promotional partner to eventize the film and reinvigorate interest in a property that strongly resonates with the cultural zeitgeist.  While our campaign aimed to enforce key messaging points from the film, increase brand affinity through engagement, and impact first choice among theater goers at the box office, Warner Bros tasked us to enhance and promote their experiential field marketing initiative in Hollywood, CA as well.

From a survey of our networks and key properties, MTV and its beloved legacy franchise The Challenge were well poised to capture Warner Bros’ target audience.  In recognizing that 84% of horror fans are also action fans, we knew The Challenge’s highly recognizable talent could evangelize this film and give credence to its thriller aspects and high intensity, making the show a natural alignment for the partnership.

Reaction videos constitute a significant portion of all total horror movie content online, while live horror videos, in which creators’ film themselves going through horror type experiences, is one of the top 3 most successful digital horror content formats.  Keeping this in mind creatively, we identified fan-favorite Challenge veterans CT, Da’Vonne Rogers, Jordan Wiesley and Tori Deal to participate in our “Losers Club” creative, in which we documented them on their journeys through Warner Brother’s Derry Canal Days Festival.  Our creative execution offered a cinematic perspective of the film activation.  Using match cuts, we juxtaposed key moments from It Chapter 2 with shot footage of those same scenes, highlighting the scares for which the franchise is renowned.

As a long-standing franchise with a fervent viewership and a devoted social following that consistently trends online, The Challenge was the perfect MTV property to anchor our creative execution in terms of tone, talent recognition and audience demographic alignment.  The campaign took advantage of the premiere of the new season as well as the launch of the dedicated Challenge YouTube channel, both coinciding with the final weeks leading up to the film release for IT Chapter 2. Pairing our campaign with these key franchise milestones created an organic and impactful moment that spoke directly to fans in an authentic way.

Our creative was distributed on MTV’s The Challenge YouTube channel and across additional MTV social handles.  Creative drove to both the film’s release and the LA experiential event while reinforcing the film’s thriller positioning and bolstering awareness for the sequel.

IT Chapter Two launched to a massive $91 million opening marking the film as the second-best horror opening of all time and fans across the board embraced the campaign.  Across social, our creative garnered 7.5 million total  impressions, 3.1 million video views, and 3.2 million engagements.  Fan sentiment was overwhelming favorable, with 99.8% positive reactions and our piece received 20x more views than the average sponsored piece of content across YouTube in the scary movie space.

Video for It Chapter Two - "The Challenge Joins The Loser's Club"