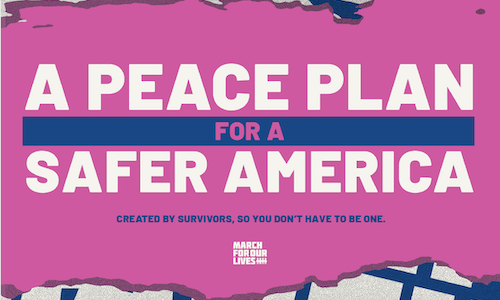 Peace Plan For A Safer America

While tragic shootings continue to draw spurts of attention to the issue, little action has been taken at the federal level by policymakers to solve the problem. A clear path forward is often stymied by bureaucratic red tape and the political influence of the gun lobby, along with a host of complex issues inextricably bound to the gun violence debate.

That’s why March For Our Lives developed the Peace Plan For A Safer America: a bold, comprehensive policy platform to address all types of gun violence.

In addition to helping to build the plan’s core pillars, our goal was to launch the plan in a way that would garner widespread attention, starting a national conversation on solutions to the gun violence epidemic, and ultimately put pressure on policymakers to take meaningful and bold steps to end gun violence.

The overall goal of the Peace Plan is to reduce gun deaths in America by 50% in just 10 years — potentially saving up to 200,000 lives. The plan consists of a host of measures recommended by leading experts that, when enacted together, can address the root causes of gun violence.

To bring the student-leaders’ vision to life, we built a dedicated website for the Peace Plan, explaining what it is and how it came to be. A digital-first strategy (social, email, SMS) was implemented to launch it and drive people to sign a pledge of support. As part of the social strategy, March For Our Lives' student leaders publicly called out presidential candidates and members of congress on social media, asking them if they supported the plan. The digital efforts were supported by a robust national media campaign, helping to land appearances on nearly every national outlet and major political television show.

Additionally, through a partnership with Giffords, March For Our Lives developed and hosted the 2020 Gun Safety Forum — a presidential forum on gun safety attended by all of the top Democratic presidential nominees and livestreamed by MSNBC. At this forum, the Peace Plan and its core pillars were discussed, raising even more awareness on a national stage.

Video for Peace Plan For A Safer America 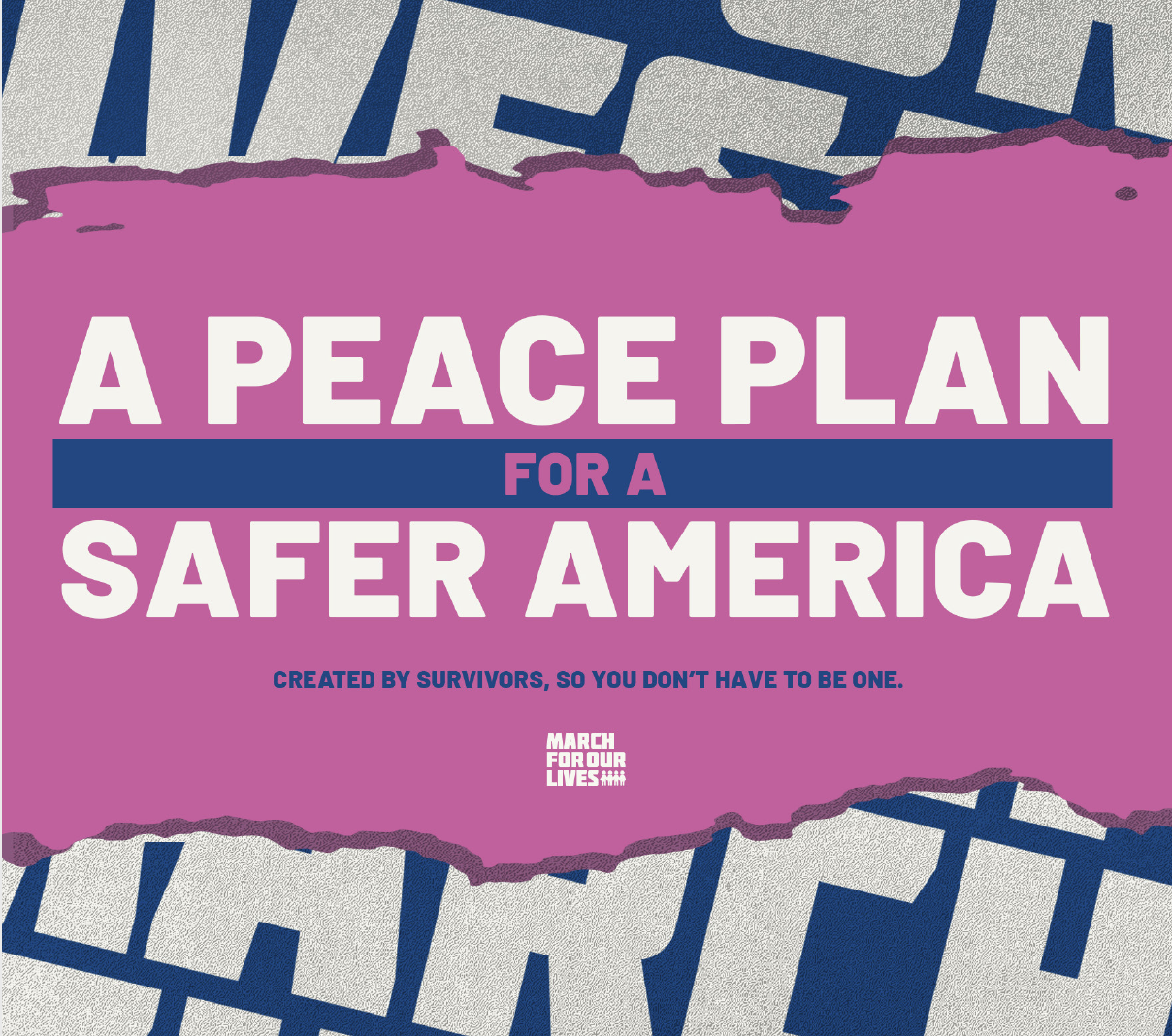 Precision, March For Our Lives