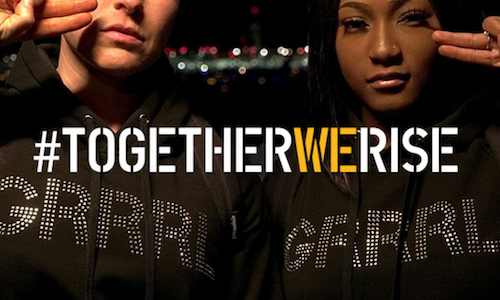 1 in 3 women have experienced some form of physical violence by an intimate partner.

1 in 5 women in the United States has been raped in their lifetime.

Women around the world aged 15-44 are more at risk from rape and domestic violence than from cancer, car accidents, war and malaria.

The unemployment rate for African Americans has been at least twice as high as Caucasian unemployment for almost 50 years.

94% of all teenage girls have been shamed for the way their body looks.

These statistics aren’t just horrible, they point to a pattern of behavior that needs to stop.

It wasn’t enough to draw attention to the problem, we wanted to remind people that we all obey the rules of society every day, without even thinking about it. And in doing so, make them think about other times they know they should stop and yet don’t.

And we had to do this, without big a name, a big budget or a big following.

Empowerment and Inclusion have always been a part of GRRRL’s DNA, so we were always going to do something on International Women’s Day. But the key difference between GRRRL and the big sports brands, is that GRRRL live and breathe the inclusion message 365 days of the year.

We were less inclined to promote our brand or IWD, but to try and make people think, to use any awareness we could get, to create some sort of behavioral change.

Using the ubiquitous STOP sign as a simple visual example of how we follow society’s rules without thinking about it, we sought to highlight other behaviors that need to stop.

The research data told us that the bigger issues facing women across the US today are, Domestic Violence, Racism, Sexual Assault, Body Bullying and Inequality.

Undercover of darkness, using a nimble guerilla crew, hand held cameras and five athletes, we took to the streets of Los Angeles to make our mark.

We had commissioned huge 5 stencils, which we transported with us for the athletes to leave their message for LA to wake up to. As the athletes painted we filmed.

The next morning we started to put a film together of all our footage. Teaser ads cut from b-roll footage were created to run as Instagram & Facebook GIFs to our combined audience of 135k followers. The gifs teased to a launch date and landing page. The launch date was brought forward to the weekend before IWD to ensure we didn’t get caught up in the noise of the day, and to make sure our point wasn’t missed.

Hosted initially on Facebook, where GRRRL have modest but loyal 30k followers.

In the week around International Women’s Day the spot had over 316 thousand views and was shared 345 times on Facebook alone.

The 5 x interview films hosted on Instagram and on Facebook were also successful in driving engagement, with the interview of Angel Rice getting 36 thousand views.

On IWD, our GRRRL TOGETHER work was Ad Age’s lead campaign on the day’s activity. We also had lead stories on Media Post’s Agency Daily and Think LA’s IWD newsletter.

Personal comments to the spot were humbling, with the spot resonating and being shared by women outside of the GRRRL community. 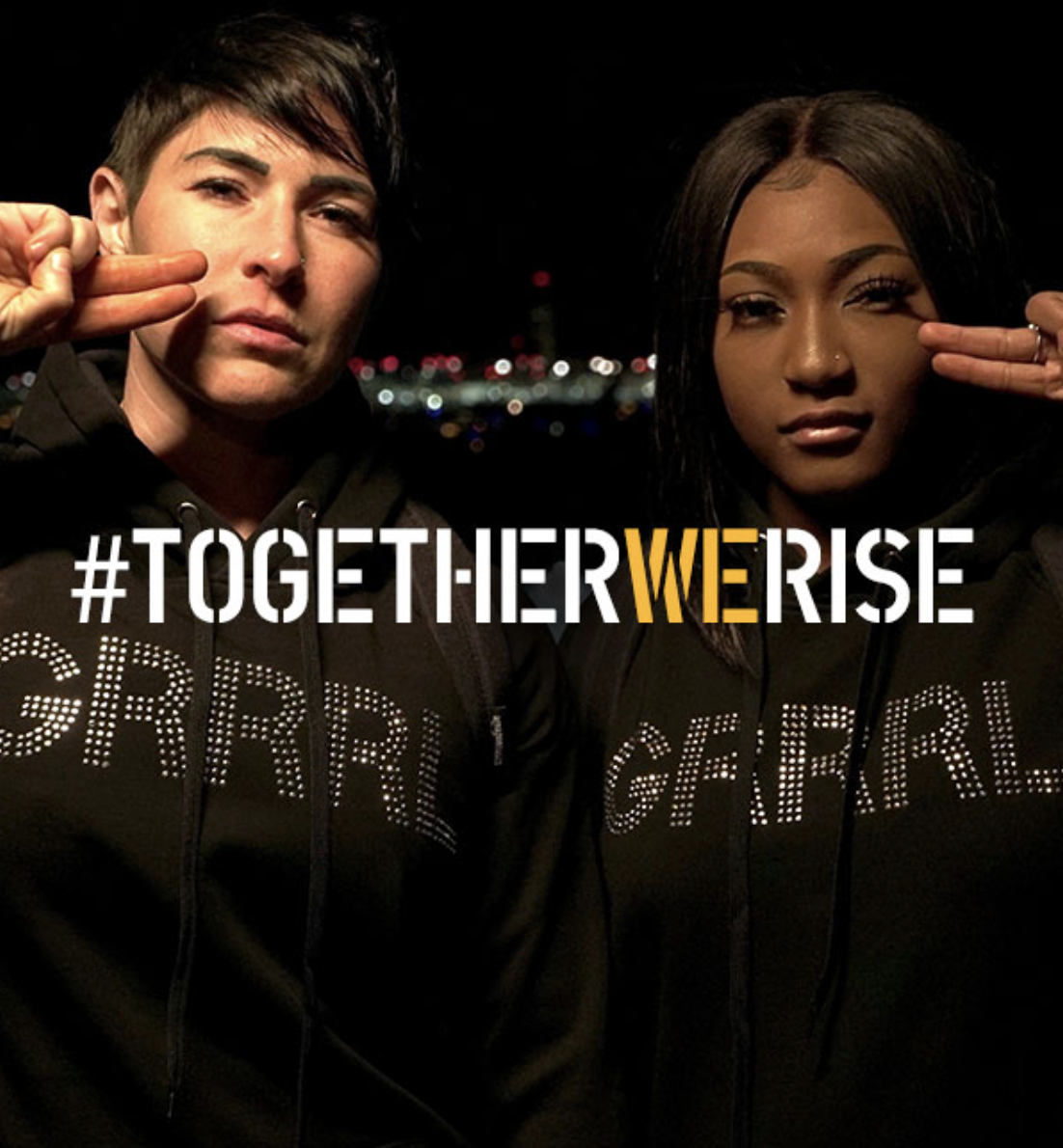