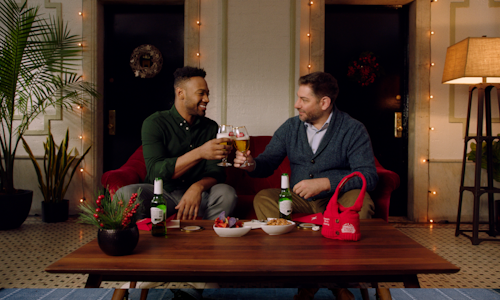 In 2019, Stella was on a mission to pivot its brand perception. Historically, Stella had been perceived as an unapproachable, “impersonal” European lager. In order to change this, we’d have to shed our former “old-premium” ethos (i.e. “white tablecloth”), and adopt a more sophisticated yet relatable persona. With this, the goal of our holiday campaign was simple: get Stella to connect consumers to one another and inspire Americans to create moments worth making each and every day. An aspirational, yet highly relatable mission. Success in our minds meant more consumers joining our mission by sharing and engaging with our heartfelt content, purchasing our moments worth making merchandise and of course, buying more Stella during the holidays.

In today's world that can often feel more divided than ever, finding common ground and human connection has never been more important. That’s why this holiday season, Stella sought to inspire people to reach across the fence — or driveway, or down the hall — and get to know the people who may live the closest but feel the most distant: our neighbors.

According to a recent Pew study, fewer than 31% of Americans know their neighbor. The number drops even lower for respondents under the age of thirty that live in urban cities – an audience Stella has been hyper-focused on growing relevancy and frequency of consumption with. Stella recognized that although Americans don’t often reach out, around the holidays everyone seems to crave more, and increasingly meaningful human connection.

Fueled by this goal of bringing neighbors together, Stella launched a series of nationwide activations to inspire people to open up to one another over a couple of beers. We kicked things off with several New York street takeovers culminating in a docufilm capturing neighbors meeting for the first time and inspiring viewers to follow suit and connect over Stellas.

The docufilm sheds light on today’s disconnect between people and their neighbors while seeking to remind us that bridging the gap and forming a meaningful bond can begin with a simple hello. Shot in various neighborhoods in Brooklyn and Manhattan, the story unfolds through a series of heartfelt interactions and conversations between six pairs of neighbors who may pass each other in the same hall every day but, until this opportunity, have never truly met. Capturing an intimate intertwining of shared moments, unexpected vulnerability, laughter, and even some spontaneous singing, the film’s focus on real neighbors opening up for the first time aims to be an uplifting inspiration on the positivity and joy of connecting with those closest to us, especially during the holiday season.

And the best part? It worked. Neighbors were shocked to realize they’d been living next to one another, they opened up about a range of topics from humorous experiences to tearfully emotional moments, and without prompting… made future plans to connect in their shared neighborhood to continue conversations and friendships.

To raise intrigue, we created a suite of localized social teasers targeting places like LA and Miami – cities where neighborly “strangers” would be most impacted by our human insight. These teasers drove to our micro-site where consumers could watch our full docufilm, learn more about the Stella Neighbors initiative, delve into the real stories, and even join in our mission.

To join the mission was easy: Stella created the ultimate neighborly ice-breaker, a custom Stella two-pack serving as a catalyst to bring neighbors together. The Stella Together Holiday Sweater Pack cozily cradled two beers in a red knit button-down sweater, and included a cleverly designed two-piece magnetized bottle opener that only worked when both parts came together! For those interested in joining the mission, we gave away hundreds of sweater packs via our micro-site. We also executed surprise-and-delight social media giveaways to consumers sharing photos of themselves connecting with their own neighbors. America was coming together, celebrating the holidays and bonding over Stella!

Stella Artois spread the mission nationwide in local neighborhoods across America encouraging communities to come together, celebrate the holidays, and bond over a few beers.

Tapped into the convergence of two cultural trends: 1. most American’s don’t know their neighbors, and 2. during the holiday season – people crave human connection… we were ready for some strong results.

“Stella Neighbors” sparked national media interest resulting in 80+ placements, 88MM impressions, and we achieved 93% headline inclusion – enabling us to increase awareness for Stella’s new, relatable positioning. On social, the campaign generated over 11MM organic impressions with 99% of sentiments being positive/neutral. Our sweater packs were a huge hit and sold out every day, sometimes in as little as 2.5 hours. And best yet, Stella’s share of beer spiked in December, reaching 0.87%, our highest share of the year – much of that success due to sales growing vs. LY in several focus markets, such as Chicago, Miami, and Philadelphia - cities that were directly targeted with this campaign.

As the year came to a close and we assessed how the holiday season impacted Stella Artois’ positioning in 2019 – we were humbled by the growth. As the books on December shut, Stella’s scores across brand health, brand awareness, consideration, penetration, and rate of frequency were all up from the previous year thanks to a strong 2019 plan and a holiday campaign focused around a true, relatable human insight that drove home our message of savoring life together to consumers all over the country. 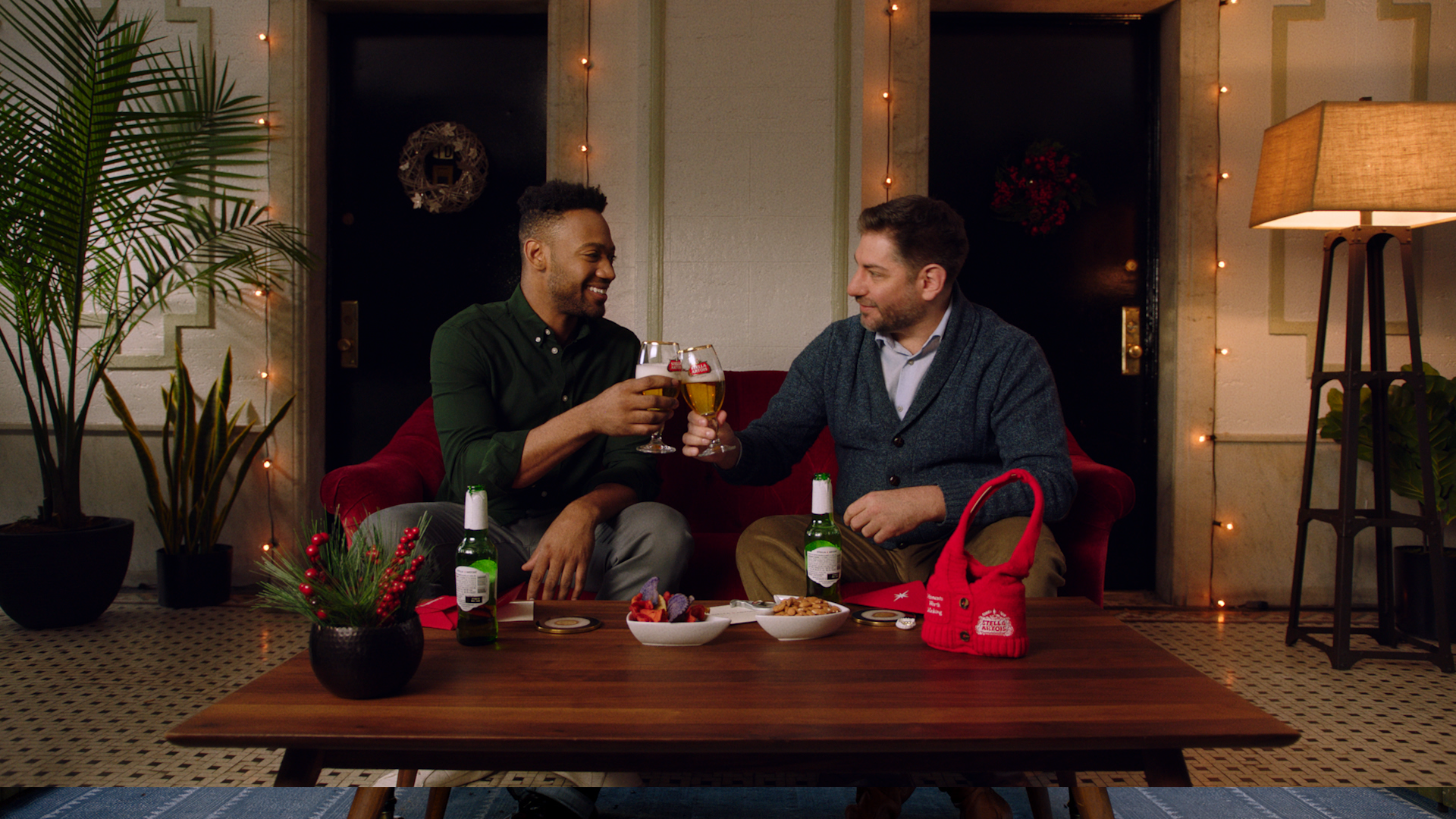