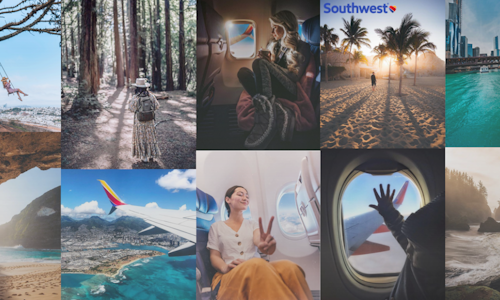 Southwest Airlines Search for the Next Great Storyteller

In 2018, Southwest Airlines launched Southwest Storytellers, the first long-term social media ambassador program for any domestic airline carrier. The inaugural class of Storytellers generated nearly 30 million impressions and produced more than 1,100 pieces of content, which were published dozens of times on Southwest's owned channels, including the home page of Southwest.com. Throughout the program, Southwest’s Instagram DMs, influencer email inbox, Customer Service phone lines, and even the CEO’s office were flooded with a singular question:

How can I become a Southwest Storyteller?!

Southwest channeled this enthusiasm into the 2019 contest: Southwest’s Search for the Next Great Storyteller

For the first time, Southwest made becoming a social ambassador for the LUV Airline open to everyone in a nationwide contest! This contest had three objectives:

Southwest's strategy was to empower creators to do what they do best by providing travel and experiences - and making it accessible for folks with as few as 2,500 followers.

Southwest took a unique and fresh approach to influencer marketing with this contest: they launched an entirely organic campaign to get the word out about the content and developed an internal scorecard to find creators and influencers who were not only talented and influential, but who were also true Southwest advocates.

Influencers, content creators, and general travel enthusiasts were encourage to enter the contest for a chance to win “free travel for a year” in the form of a grand prize of twelve round-trip tickets on Southwest Airlines. Working with HelloWorld, Southwest developed a microsite to house the  promotional materials, contest rules, and a live feed of entries.

The contest consisted of three rounds:

During the contest period, Southwest received 6,800 unique entries by way of hashtag submission, resulting in more than 707,000,000 engagements.

The hashtag #SouthwestStorytellers was used more than 13,000 times during the contest period and trended in the Travel section of Instagram’s Explore Feed. Months later, the hashtag is still used by travel influencers and enthusiasts.

The contest resulted in the selection of the 2019 class of Southwest Storytellers, a group of Southwest loyalists, ranging from professional photographers to family travel gurus. This mix provides diverse interests, audiences, storytelling styles and aesthetics – all threaded together by their love for Southwest Airlines.

The 2019 Storytellers have taken dozens of trips, attended Southwest-sponsored events, and supported digital campaigns. The content produced by this class of Storytellers has already delivered nearly 1,000,000 organic social impressions and more than 75,000 engagements, resulting in an engagement rate of 7.5% - more than double the brand’s average engagement rate.

In the end, Southwest met its objectives:

Video for Southwest Airlines Search for the Next Great Storyteller 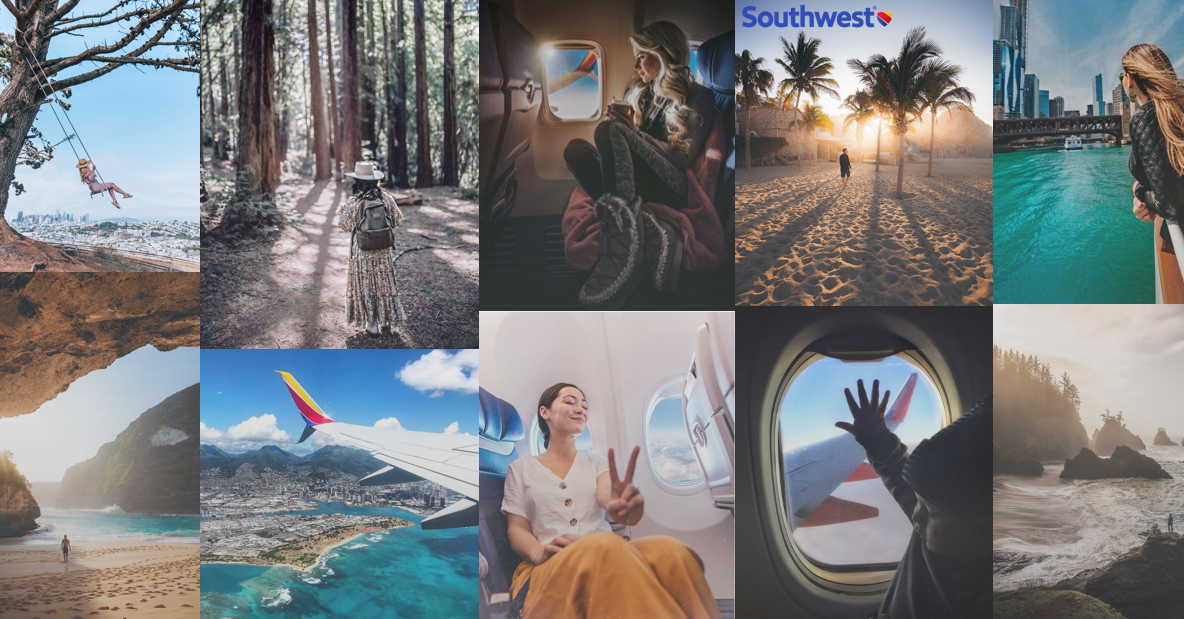 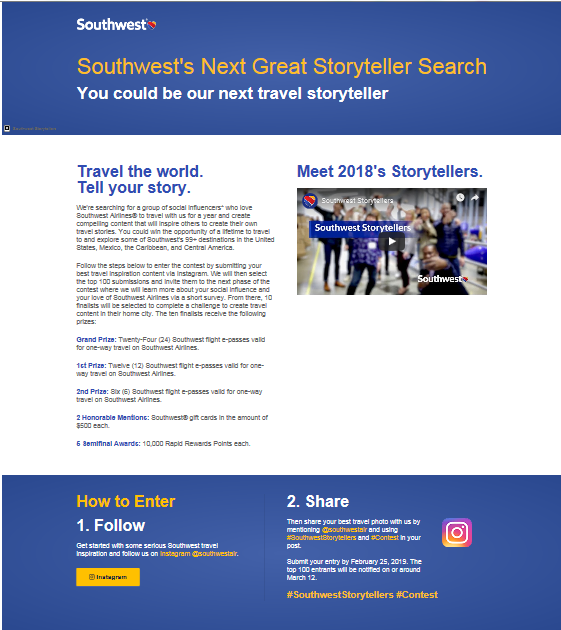 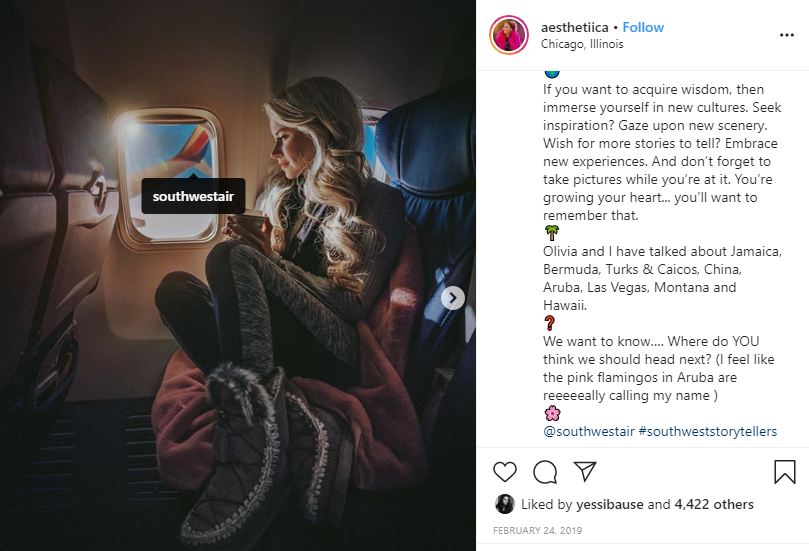 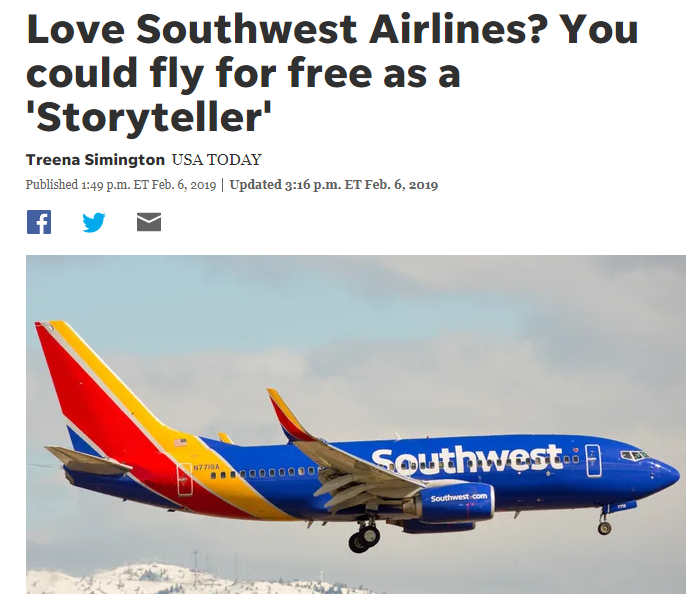 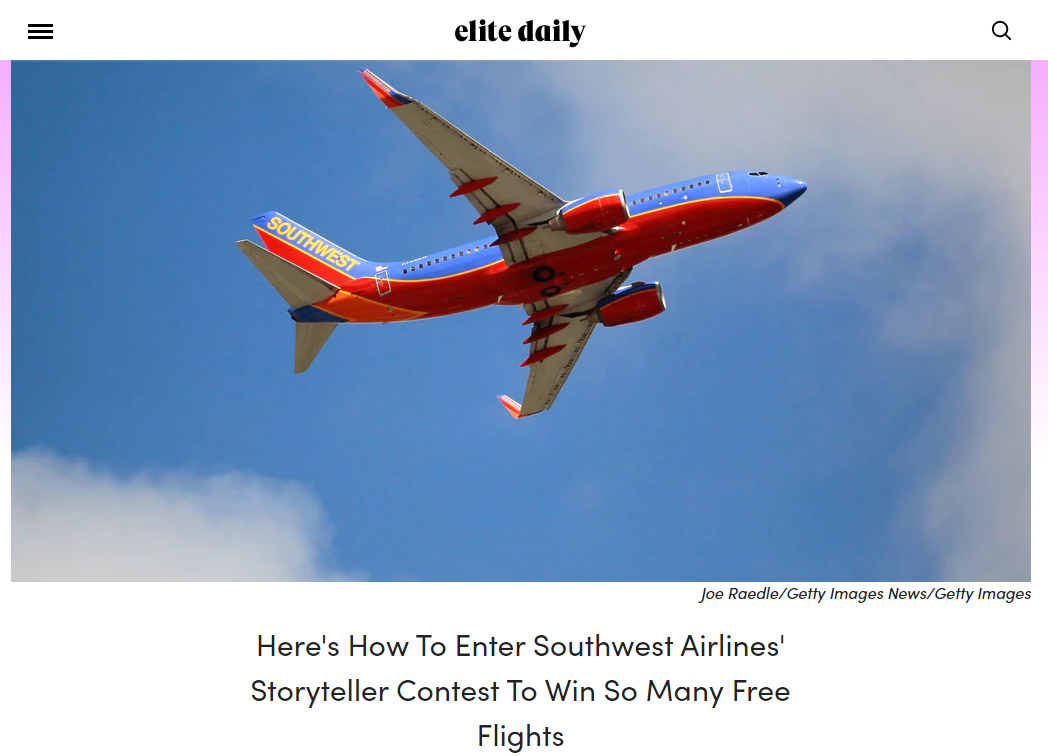 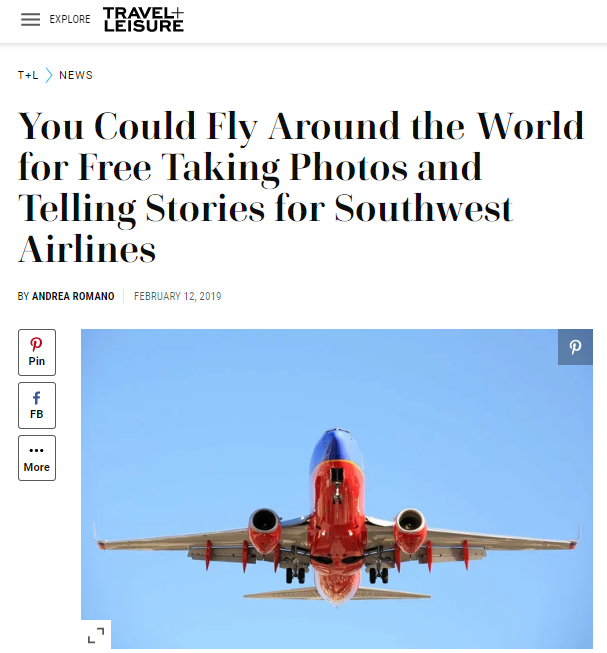 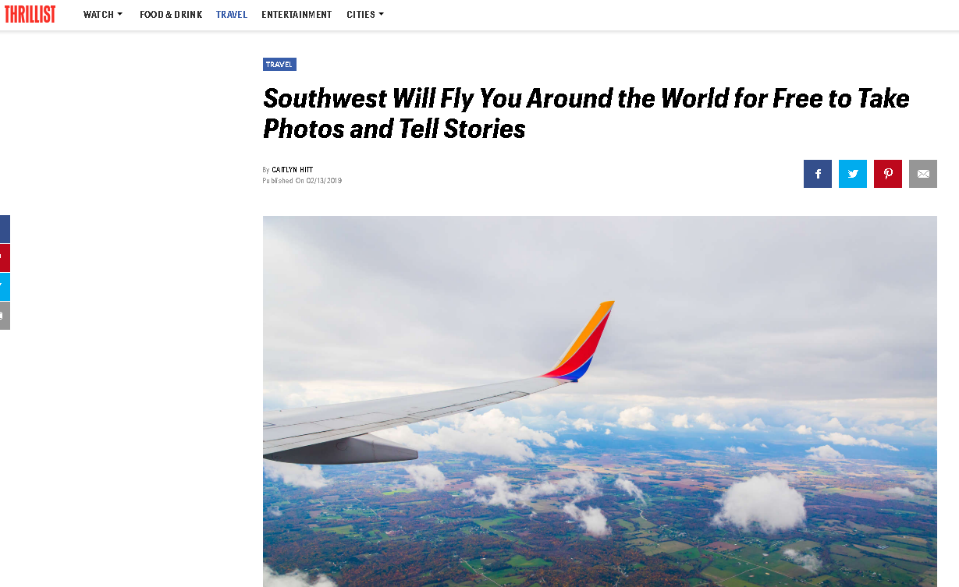