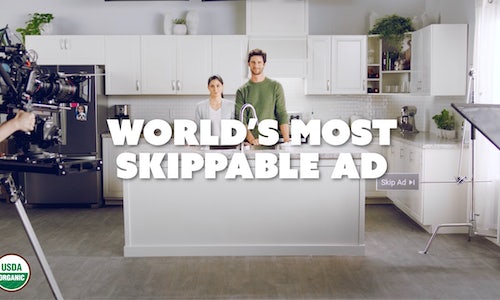 Organic Voices is a consortium of natural brands that aims to illustrate less is more when it comes to the ingredients in our food. With “Skip the Chemicals,” we used humor and reverse psychology to illustrate this concept and get the message out to a wide audience on a modest budget.

Our objective was to speak to a culture that’s increasingly interested in eating clean through a 30-minute ad, the length of which serves as a metaphor for the bulky list of more than 700 unnecessary ingredients that are allowed to be used in conventional food products. In the spot, the actors drop the names of every one of these additives, but frequently remind viewers they can “skip the chemicals” to dissuade them from watching it in its entirety to illustrate the significance of eating organic. The takeaway: You don’t need to bother watching the entire commercial, just as you don’t need to eat all that synthetic crap.

In “The World’s Most Skippable Ad,” a happy couple washes dishes while singing those 700 chemical names show-tunes style, breaking the fourth wall several times and urging viewers to skip the ad and buy organic instead. Designed to be perversely entertaining, the ad runs through the full list and clocks in around 30 minutes if viewers insist on watching it—but the point is, why would they want to? It is akin to eating a bunch of empty ingredients with no nutritional value that could have possible negative effects on our health like those that are added to processed foods.

But the concept was accompanied by an equally clever media strategy. “The World’s Most Skippable Ad” was placed on YouTube as preroll, so the client only purchased five-second increments of paid media—viewers clicked on a link if they wanted to watch more, and many did.

YouTube was the perfect medium for this campaign, and the tactic of telling people to skip the long-form ad paid off: Naturally, their curiosity took over, and more than half watched the video all the way through. Amazingly, the completion rate was 51%, and the average viewing length was 7:57 minutes. The video has received 8.5 million views.

Video for "Skip the Chemicals" 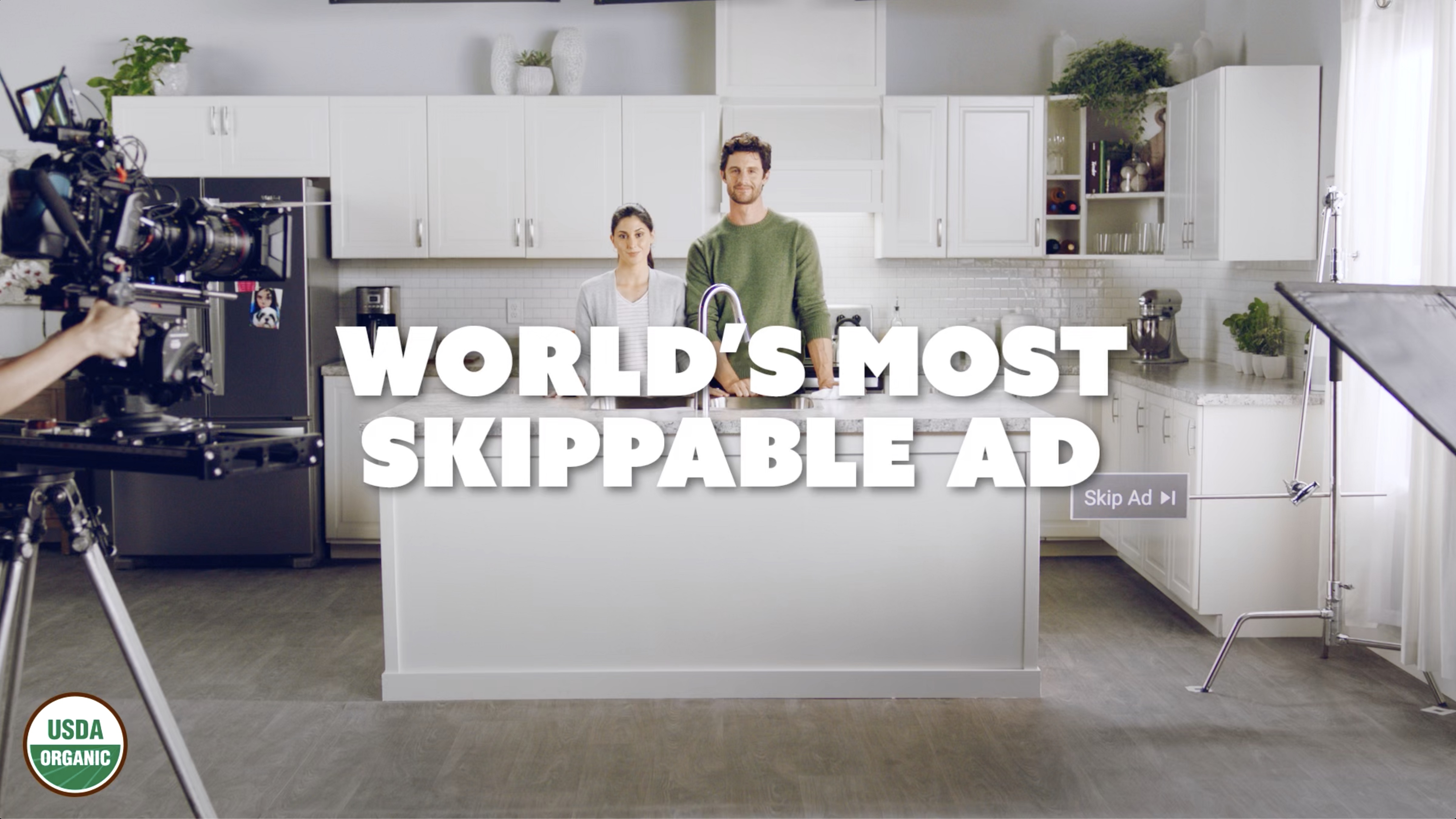 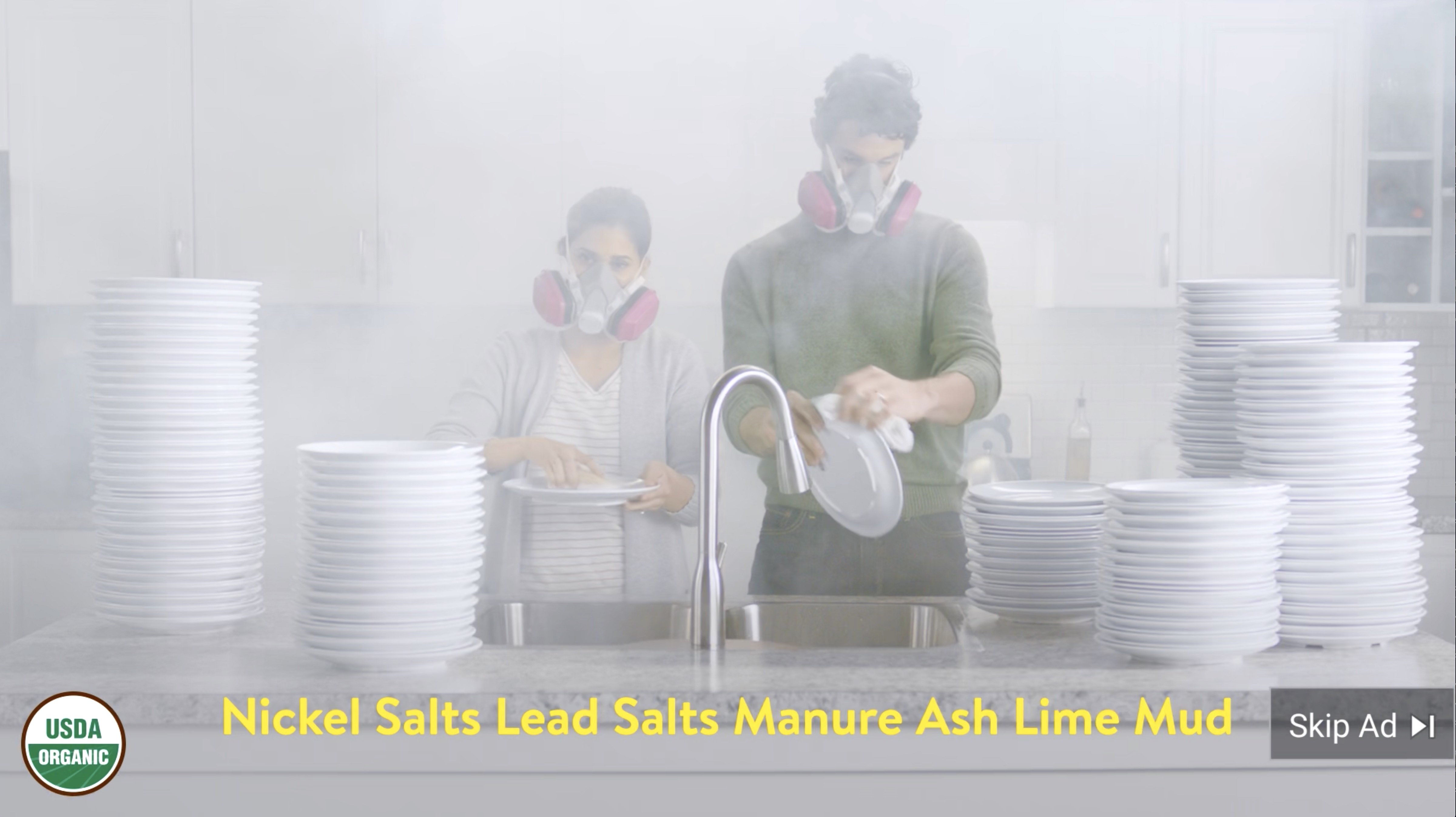 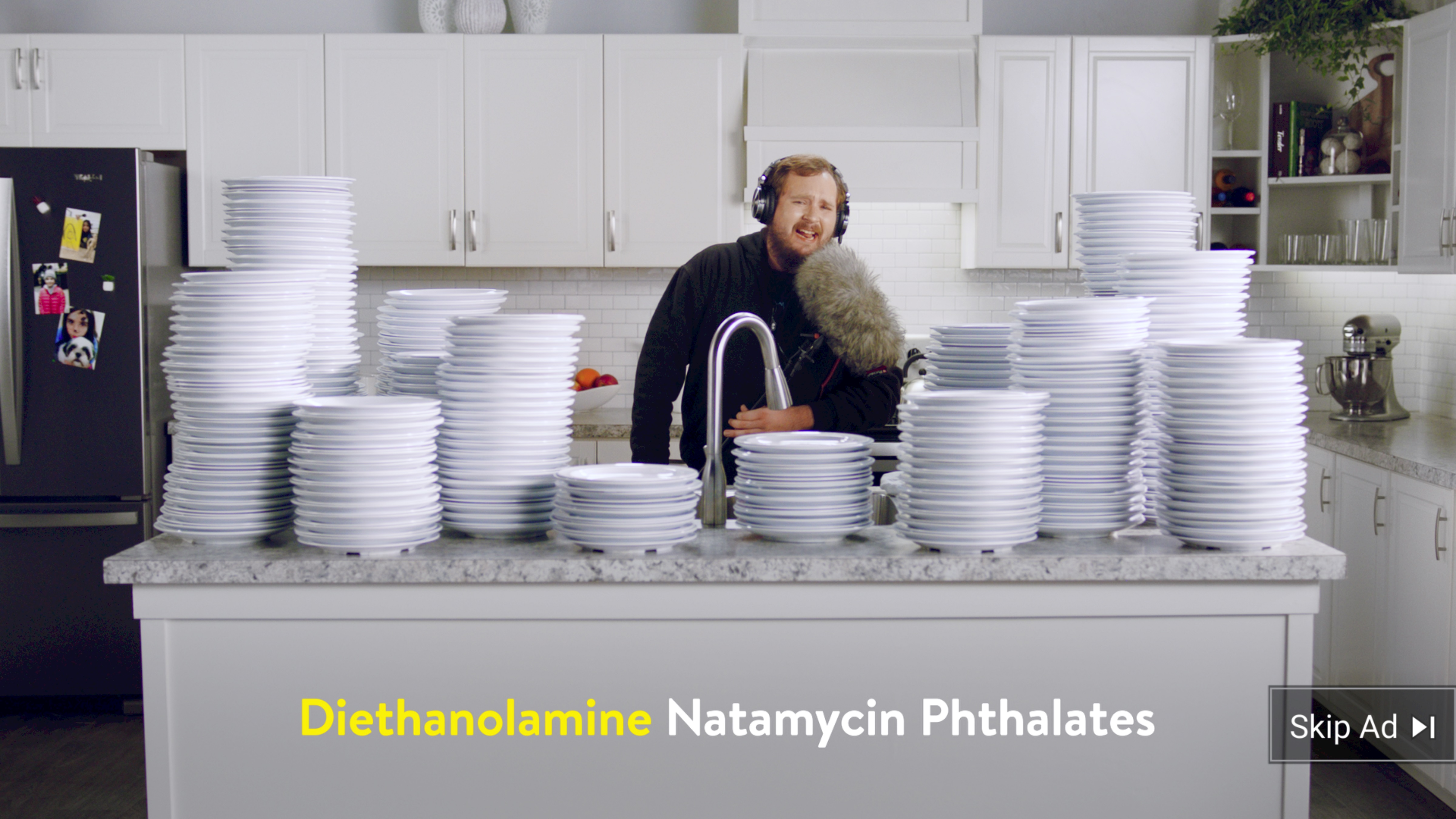