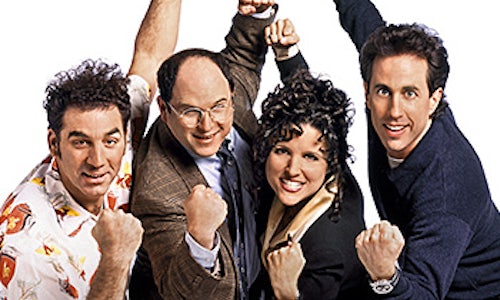 Without the fans, Seinfeld wouldn’t be one of the most beloved and iconic shows of all time. So for the 30th anniversary celebration, we aimed to get millions of loyal “Seinfeldians” involved in every aspect of our campaign.

There are few fanbases more passionate than the Seinfeld community. We knew that harnessing their power would help provide exceptional content throughout our entire 30th anniversary campaign.

Everyone has a favorite Seinfeld episode.

Fans have been debating for years about which episode is the best. It was time to settle the score once and for all.

Whether it’s using “yada yada yada” in your everyday parlance or wearing a white puffy shirt with aplomb, Seinfeld has impacted your life – whether you were aware of it or not.

How We Engaged Our Fans

We kicked off the campaign on July 5th (the day the show premiered in 1989) by calling attention to the number “30” with 30 Years of Nothing in 30 Seconds. That week alone had 60K earned conversations and posts about the topic, reaching over 2M people.

Some call them influencers, we call them Super Fans. Not surprisingly, Seinfeld is a brand that has its own subculture filled with fan accounts, artists, and yes, influencers who love the show. We helped get the conversation going around #Seinfeld30 by sending out “Boxes of Nothing” to select individuals and watched as the unboxing videos rolled in. We also gave fans the opportunity to win a box by showing us how much they love the show.

Like we said, Seinfeld fans have strong opinions about the show. We asked fans which moments they wanted to see commemorated as illustrative posters. Comments flooded in as we showcased our interpretation of “The Marine Biologist”, “The Chinese Restaurant”, and of course, “Man Hands” to name a few.

#TopSeinfeldEp Trends in the USA

The Pièce De Résistance of the campaign came when we asked fans “What’s the top Seinfeld episode of all time?” Thousands of votes rolled in (over 8,000, in fact) as fans debated the merits of each of the 180 episodes.

The Top 30 Episodes of All Time

Once the votes were tallied, we teased the list before revealing the Top 30 episodes of all time (as voted by fans) on a legal notepad, just like how Jerry would write out his jokes.

Each day after the announcement, we rolled out a popular clip in descending order in conjunction with that episode’s airing on cable. Throughout the 30 days, fans continued to debate the list and challenge each other on what made each episode iconic.

Fans Loved It! Millions of engagements, impressions, and people reached 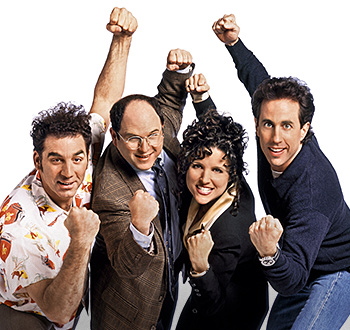