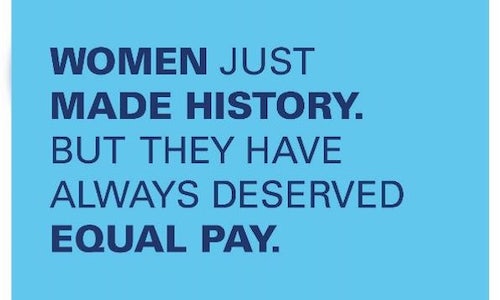 For more than 65 years, Secret Deodorant has been innovating to create the best possible odor and sweat protection for strong women. From the beginning, it has brought the functional product benefits to life through advertising and communications that depicted women as confident and progressive.

As time progressed, so too did Secret’s commitment to literally supporting strong women in their endeavors to be “All Strength, No Sweat.” The brand resolved to be more than strong protection – it also committed to raising up women and advancing the fight for gender equality. Secret made a dedicated shift to marry product plus purpose, as a force for brand growth and a force for social good.

According to the World Economic Forum, at the current pace of progress, it will take 208 years to achieve gender equality in the U.S. This societal inequity also carries a quantifiable cost burden on the country of $2 trillion in lost GDP, to be exact (source).

This gross injustice came to light in March 2019 for the U.S. Women’s National Team (USWNT), which filed a game-changing gender discrimination lawsuit against The U.S. Soccer Federation. The charge demanded equal pay for themselves and future generations of female athletes, and also surfaced an opportunity for Secret to take a stand and help impact meaningful change.

As a sponsor of U.S. Soccer, Secret was expected to stand idly by and quietly support the athletes from the sidelines while declining to comment.

However, the Brand staunchly committed to its purpose and made history by publicly and vocally supporting the players’ plight, to lead the way and affirm equal work and equal sweat deserve equal pay.

By July 2019, all eyes were on the USWNT’s successful trajectory to the 2019 World Cup, so we seized the opportune moment of their World Cup victory to hijack public, media and industry attention for the cause.

Following the USWNT World Cup victory, Secret published a full-page manifesto in The New York Times weekend edition, dedicated to the USWNT’s strength and courage of conviction toward equal pay for equal work and equal sweat. Secret pledged $529,000 to the USWNT – $23,000 for each of the 23 players on the world cup winning team – to symbolically shine a light and tangibly lead the way to closing the pay gap.

In the lead-up to the ad drop, PR efforts seeded the news story to top-tier national media, including The Wall Street Journal, New York Times, CNN, Associated Press, as well as influential sports media such as ESPN, Sports Illustrated, Bleacher Report, The Undefeated and Yahoo! Sports. Following the ad drop, we pitched the news broadly to broadcast, print and digital outlets to spark mass coverage of the news.

On July 14, 2019, a full-page ad in The New York Times published a brand manifesto and commitment of $23,000 to each of the 23 players of the U.S. Women’s National Team, totaling more than one-half million dollars funded directly to players through the USWNT Players Association (USWNTPA).

15 notable key opinion leaders, including equal pay advocates Billie Jean King, Catt Sadler, Sophia Bush and Samira Wiley, athletes such as Zach Ertz and Abby Wambach and more, shared the news on their social channels. Given their networks and spheres of influence, these social mentions fueled further organic pickup and social sharing among their followers, including the likes of Katie Couric and USWNT players Alex Morgan, Jessica McDonald and Allie Long.

We shared the news on Secret’s owned channels, including both Instagram and Twitter, which allowed for influencers and consumers alike to re-share and re-tweet the news, sparking additional organic mentions and social buzz in real-time.

As a second wave of news and action, we worked with the National Women’s Soccer League (NWSL) to purchase 9,000 tickets to games across the country to boost attendance at games beyond the spotlight of the World Cup. We partnered with players, local organizations and schools to distribute swag, product and ticket giveaways, ultimately driving visibility and fan attendance at games.

Editorial coverage volume for Equal Pay reached unprecedented heights for Secret as a brand, and became Secret’s biggest editorial moment in history, earning 1.2K+ placements that drove 1.3B+ earned media reach. The campaign garnered the highest-quality message penetration with 99% of coverage including key messages on “equal pay.” Secret or P&G was in the headline in more than half of the all social posts, for greater attention and awareness.

The chief way evaluator of was the lens of social media, where our editorial coverage drove an astounding 350K+ social shares and 173MM earned reach to became a viral sensation. Social shares as a metric demonstrate the real impact of Equal Pay among consumers, as this requires action on the part of the consumer – thereby a better indicator of which storylines are compelling and attention-grabbing.

These meaningful, branded conversations were made possible with an early blitz of coverage in high-impact outlets, like CNN (87K social shares), ESPN (40K) and The New York Times (22K), and led to Secret mentions from consumers, athletes and editors alike. This includes 42 organic mentions from high-profile figures like Arianna Huffington and Katie Couric, not to mention Alex Trebek on Jeopardy!, where Equal Pay was an answer to one of the show’s questions on digital OOH.

Our additional support of the nine NWSL teams drove Secret’s best-ever results for an influencer program, as measured by metrics like engagement rate (7.1%) and follower acquisition for our owned IG, @SecretDeodorant, converting 1.6M users into @SecretDeodorant followers. 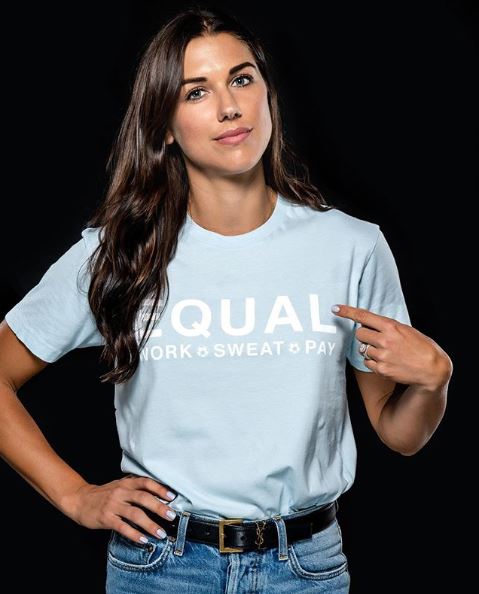 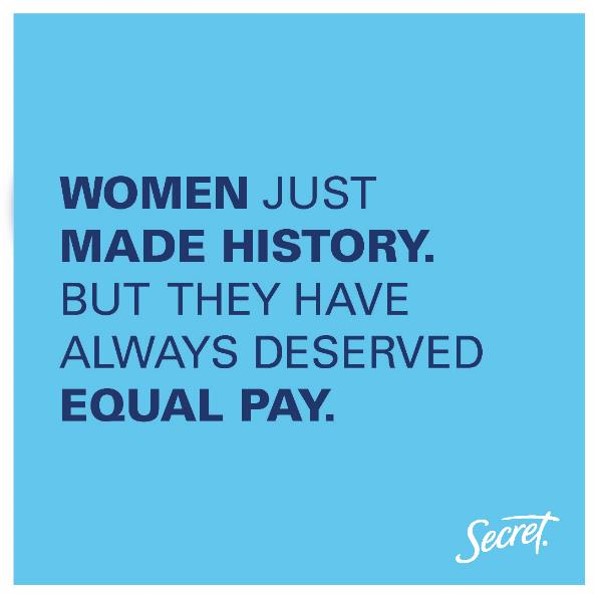 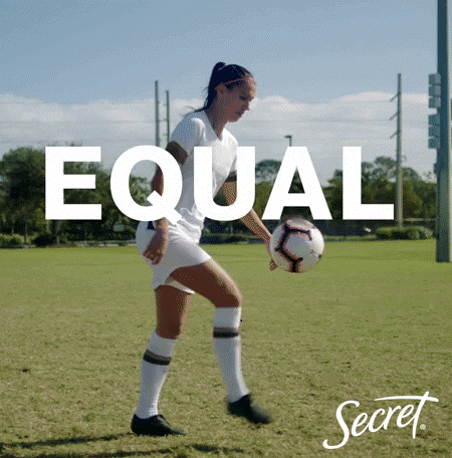 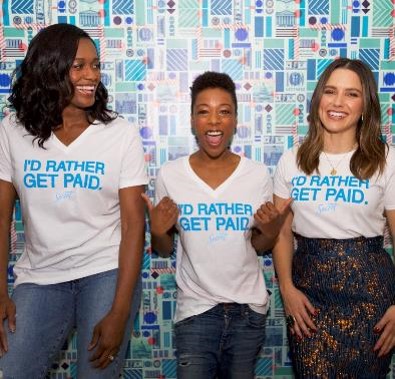