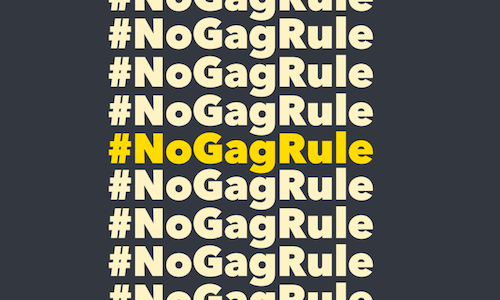 The #ProtectX campaign aimed to mobilize people across the country against the Title X gag rule (aka the domestic gag rule), and other Trump-Pence administration policies that take away our health care and rights. The Title X gag rule forced Planned Parenthood and other providers out of the Title X program, which provided birth control, STD testing, and wellness exams to people who couldn’t otherwise afford health care services on their own.

#ProtectX set out to maintain a continuous conversation with digital audiences about the role and status of Title X funding, and activate our audiences to put pressure on lawmakers to defeat the domestic gag rule and pass proactive legislation. We served as a key point of supporter updates and information by providing breaking news about the domestic gag rule, creating highly-shareable content, and using digital and educational best practices to effectively explain to our audiences what was happening and how they can help defend Title X funding from the gag rule.

More granularly, this strategy used a variety of tactics to sustain our narrative framework and ensure virality, including:

Our #ProtectX campaign launched on February 22, 2019, upon the release of the Trump administration’s domestic gag rule. Within that first day, our campaign published 15 posts across PPFA and PPACT social accounts on Twitter, Facebook, and Instagram that generated 59k engagements and 1.9 million impressions/users reached. 17.27% of those engagements came from shares alone, indicating strong viral performance.

Over the course of this campaign, we published 566 posts to our owned channels that generated 34.7 million impressions/users reached and 1.2 million engagements ( over 179k of which were shares or retweets). Our hashtags #ProtectX and #DontGagMyCare brought in over 84k mentions and a whopping 914.2 million digital impressions by the end of 2019.

While we were not able to block the domestic gag rule from going into effect, we were successful in leveraging our audiences to take repeated political actions, and in bringing scrutiny to the political opponents that are dismantling access to evidence-based family planning services. 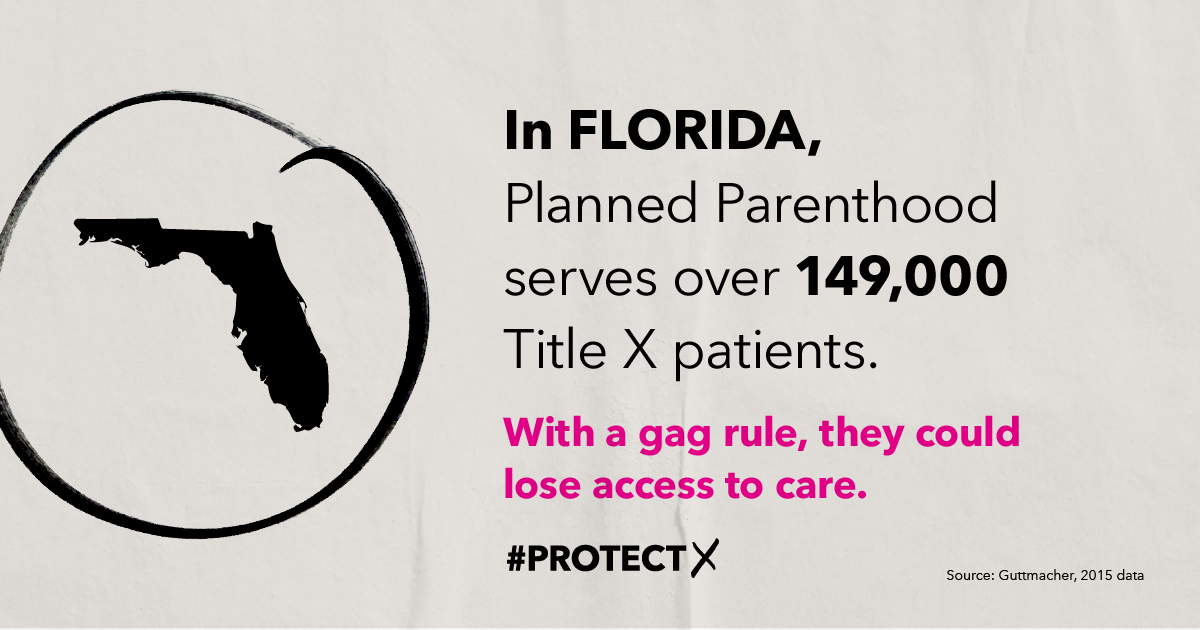 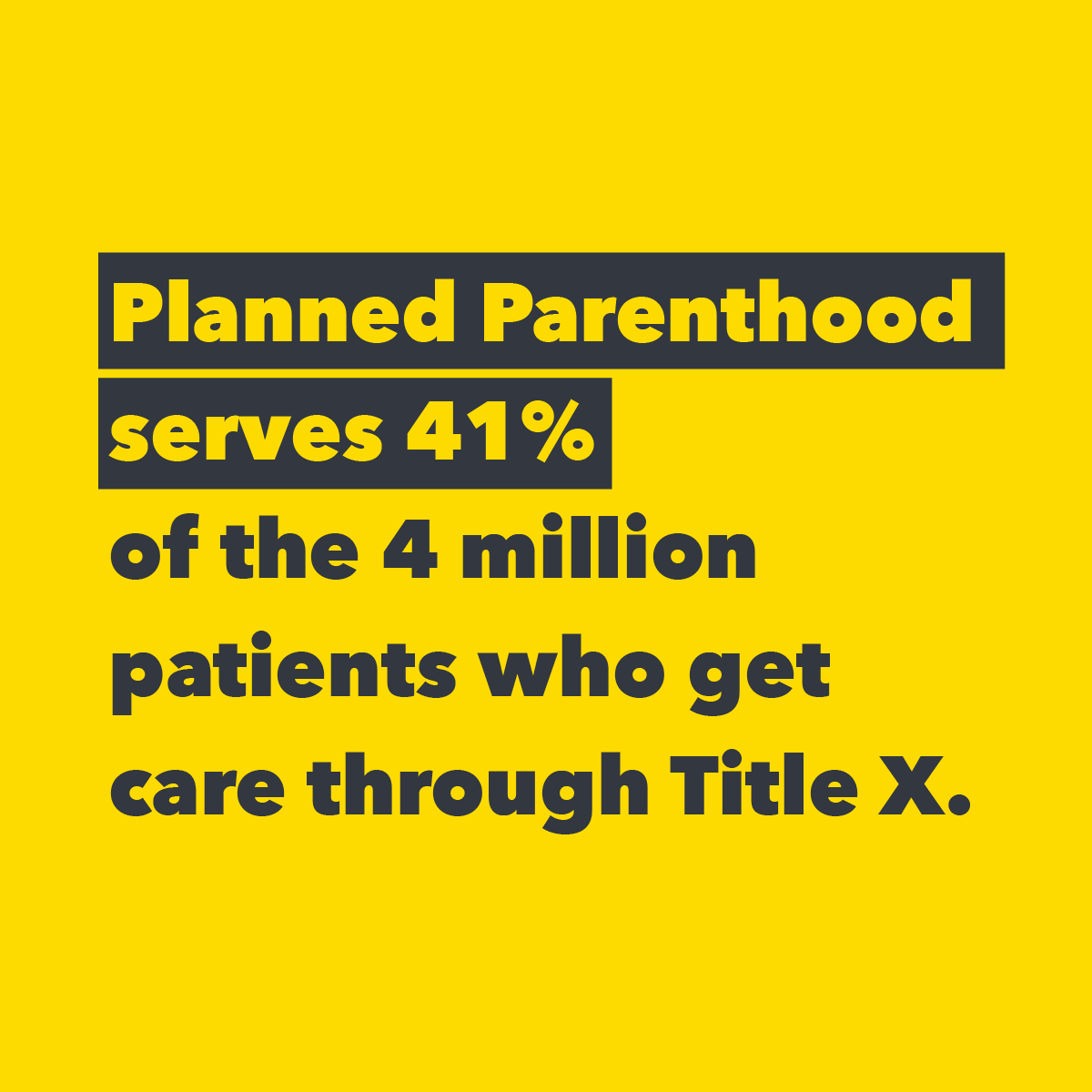 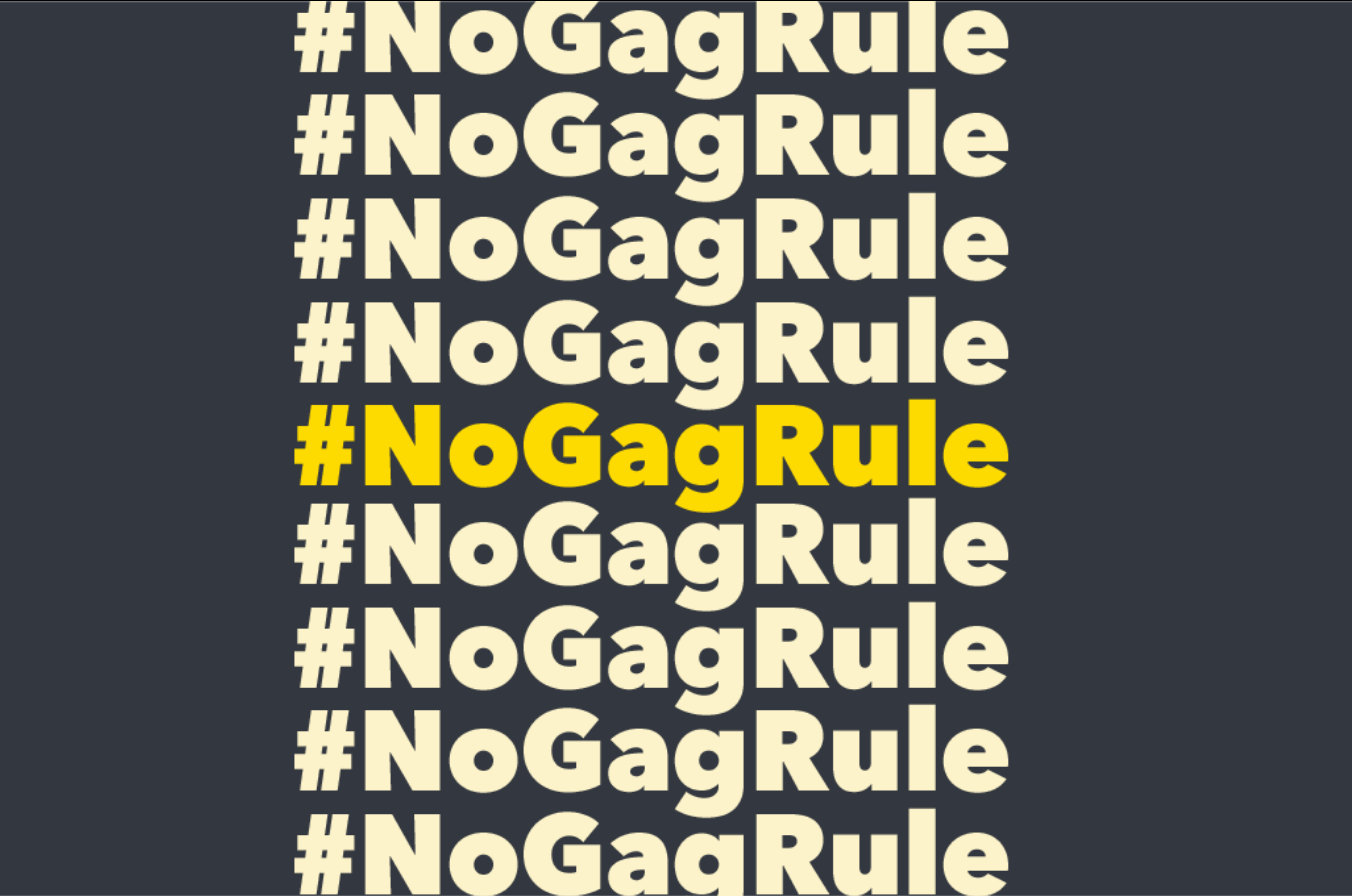 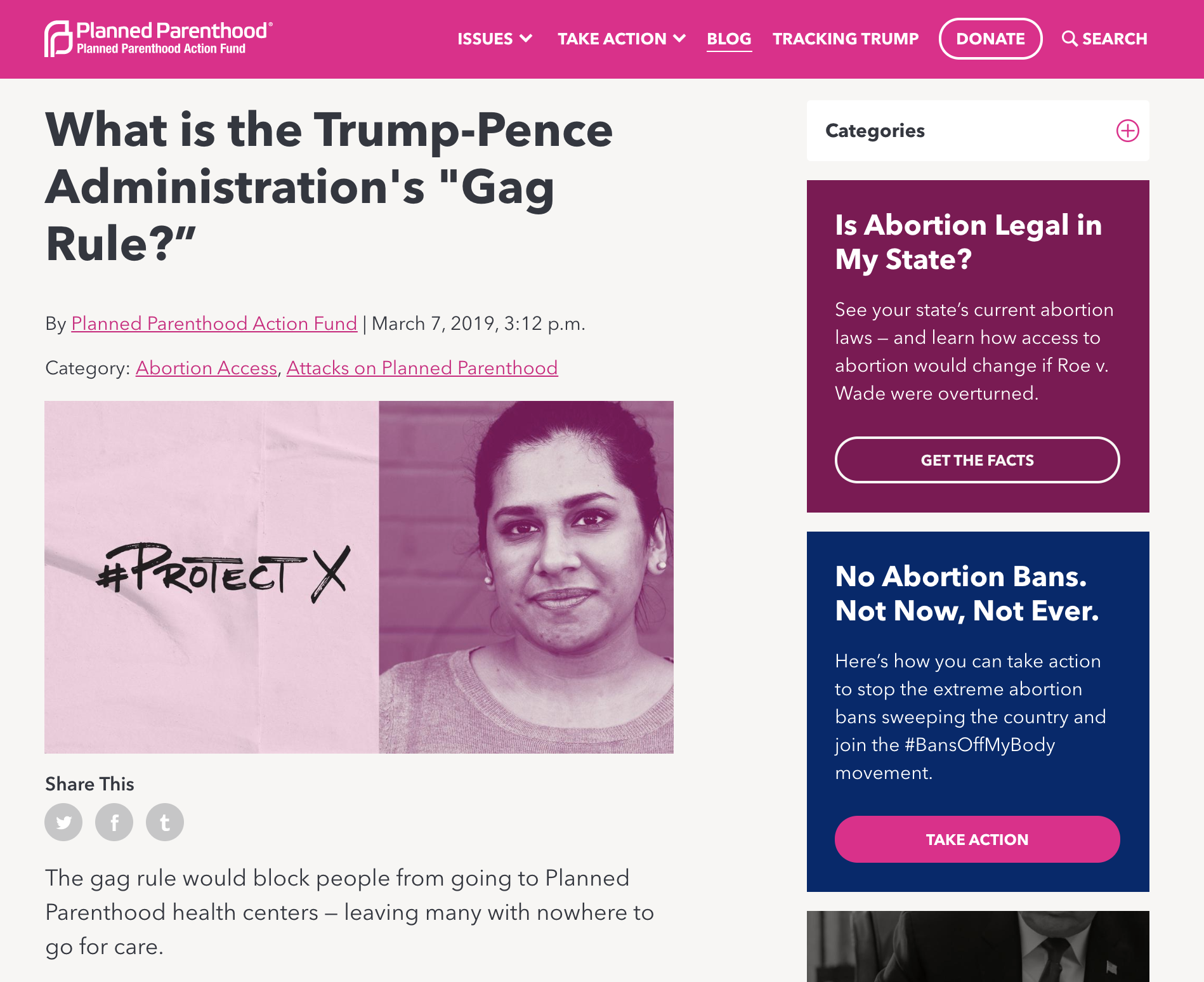 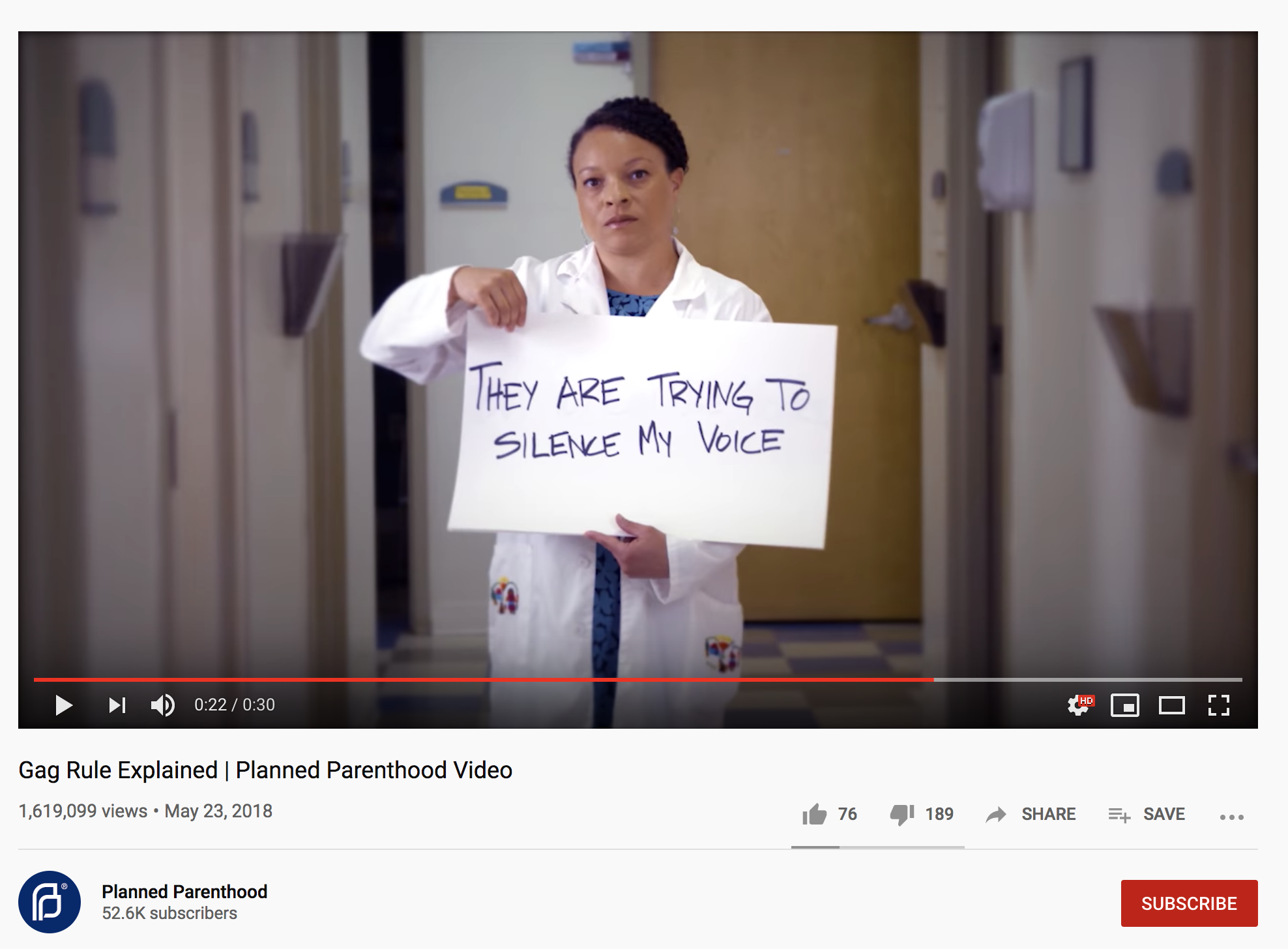 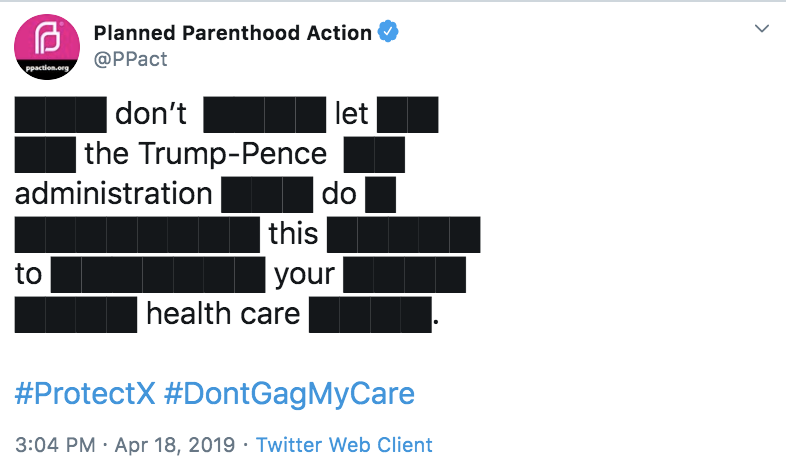 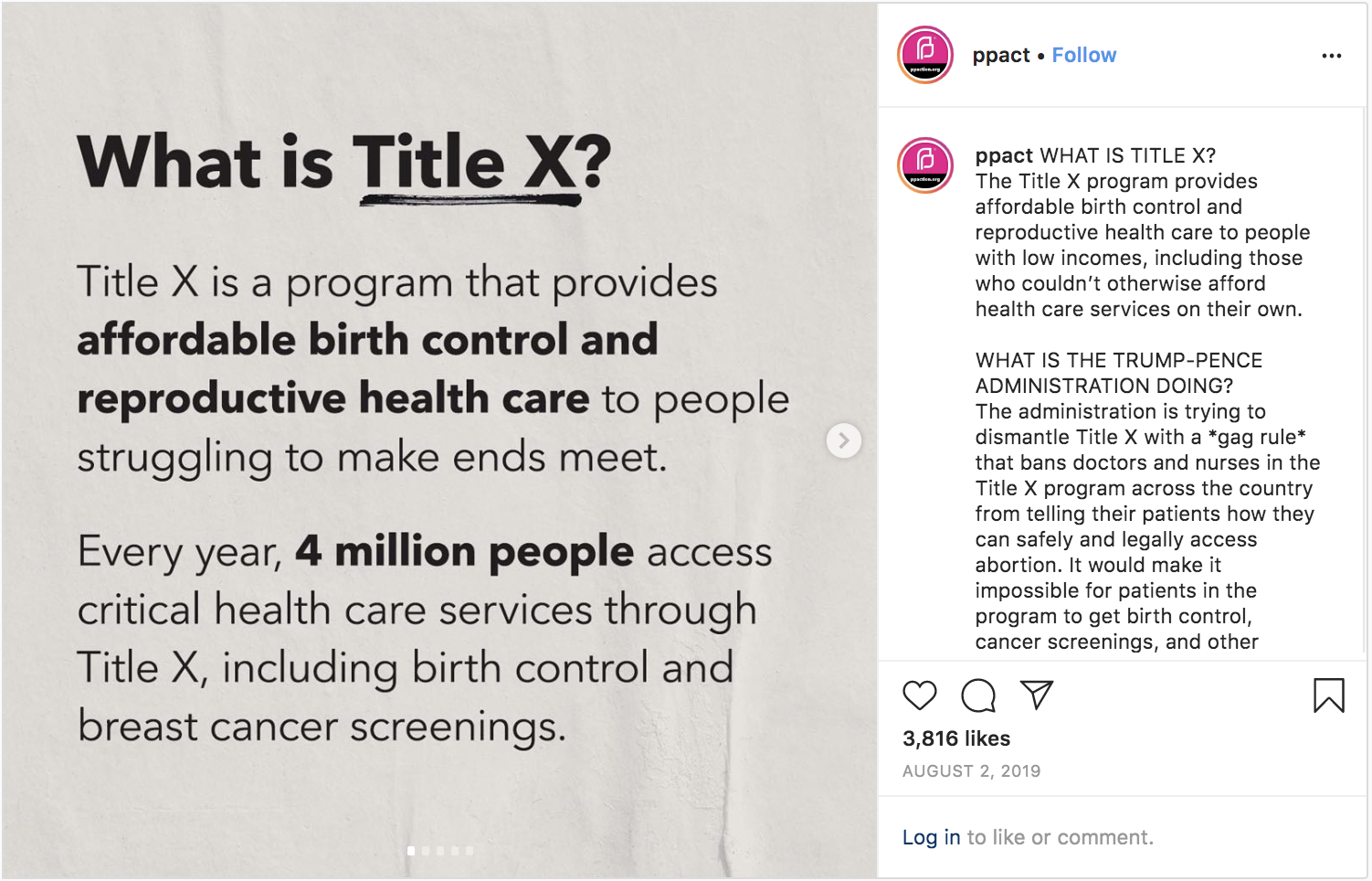 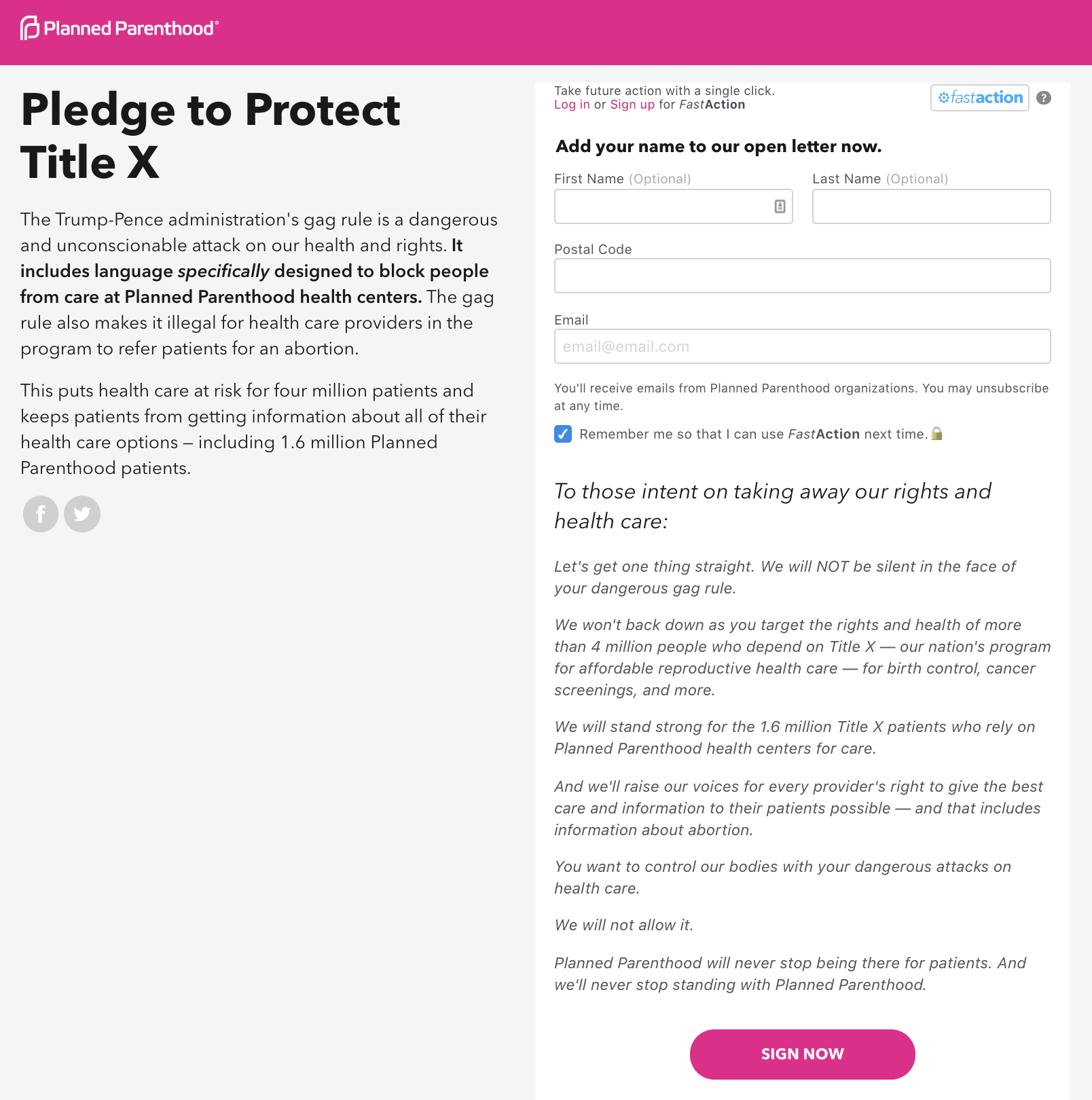 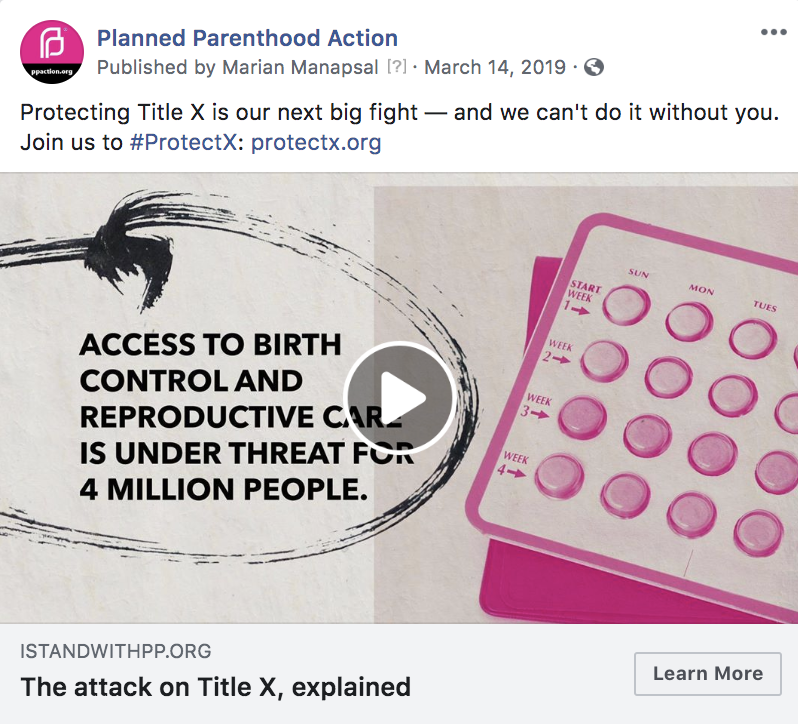 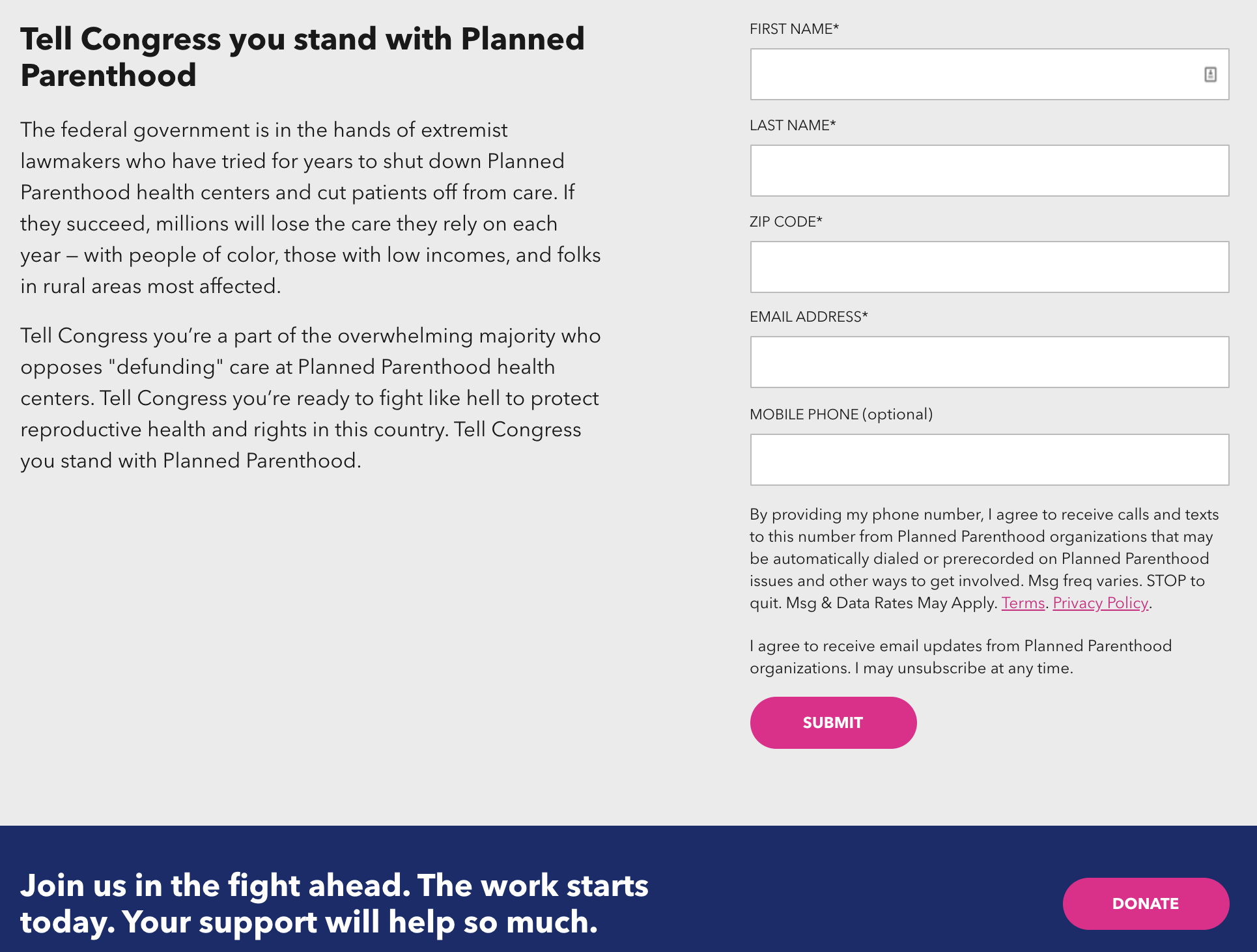