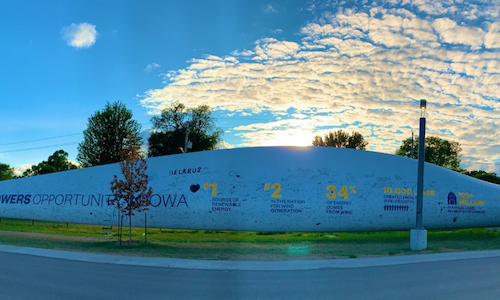 Power Up Iowa at the Iowa State Fair

Power Up Iowa, an initiative of the American Wind Energy Association, is a statewide coalition of renewable energy supporters advocating for local, state and federal policies that bring wind energy investment into Iowa. By educating, raising awareness, and participating in conversations with elected officials, Power Up Iowa makes the case for continued wind power growth, which will create jobs and new economic opportunities for families and businesses across the state.

Leading up to the Iowa Caucus, our state is thrusted into the national spotlight and is in a unique position to drive the national conversation on important issues. Power Up Iowa seized on this opportunity to highlight and insert Iowa’s wind energy leadership in our state’s most widely attended event, the Iowa State Fair, which also coincided with American Wind Week.

In order to highlight and promote wind energy’s benefits, we decided to go big or go home. Along with one of our coalition member companies, we coordinated the logistics to have a 187 ft wind turbine blade, wrapped in wind facts, on display, which attracted presidential candidates, elected officials and fairgoers from all over to stop by and sign the blade.  This served as a unique way to bring attention to Iowa’s wind energy leadership

Additionally, the wind blade served as the perfect location for Iowa’s Governor Kim to sign state proclamation declaring American Wind Week in Iowa. In order to maximize the opportunity for media attention, the Power Up Iowa team organized 50 proclamation signings across the state, which garnered nearly 30 earned media hits in newspapers, tv news affiliates and radio.

The Iowa State Fair was a huge success attracting over 50,000 fairgoers to stop by to learn more about wind energy in Iowa and sign the blade. We also attracted several presidential candidates including Mayor Pete Buttigieg, Congresswoman Tulsi Gabbard and Senator Michael Bennett and Iowa elected officials including Senators Chuck Grassley and Joni Ernst, Governor Kim Reynolds and Congresswoman Finkenauer. This allowed for us to not only captivate grassroot support for wind energy, but also interact with the decision makers who keep wind energy thriving in Iowa and across the nation. 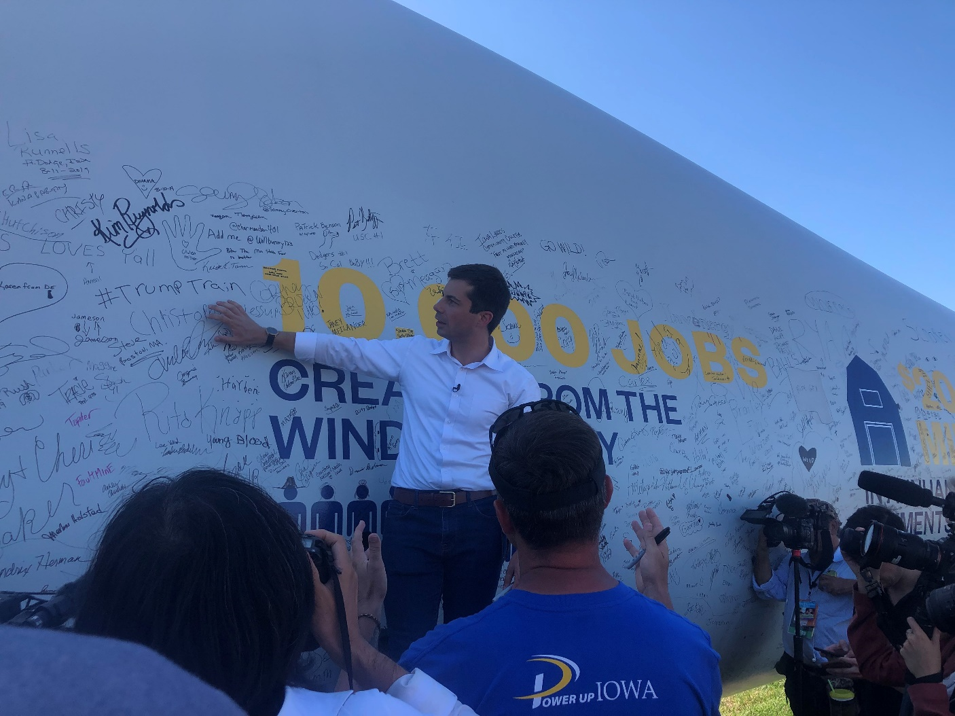 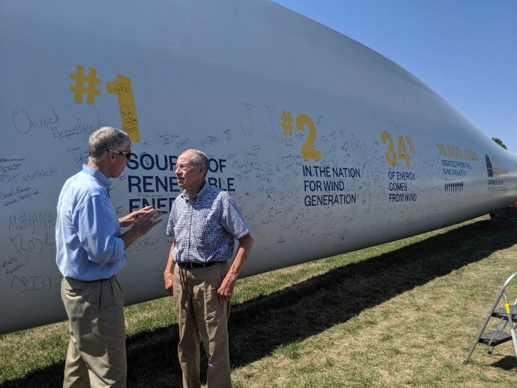 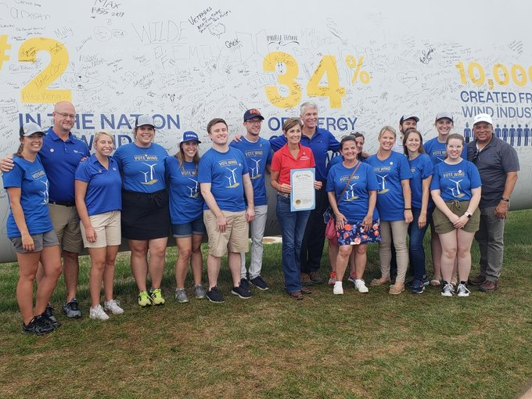