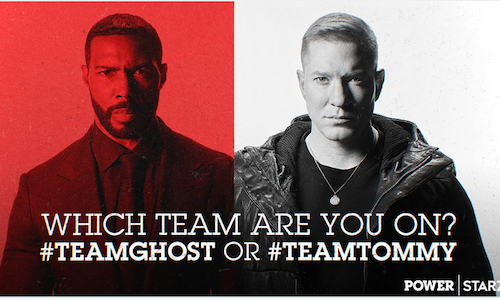 The strong social profile that Starz fostered in previous seasons for “Power” was on the precipice of evolution with the new storyline in season six of brothers at war Ghost (Omari Hardwick) and Tommy (Joseph Sikora).

The Team Tommy vs. Team Ghost grassroots social campaign aimed to promote the series' return with an organic fan participation campaign that engaged Power's core fanbase while attracting new fans to the series.

To kickstart the campaign, Twitter handles dedicated to the Team Ghost vs Team Tommy were launched, and die-hard fans were asked to pledge their loyalty by following one (or both) of the handles. "Rrecruitment" videos featuring Power's cast encouraged fans to pick a side in the rivalry, while a Twitter auto reply campaign let fans choose a side by liking or retweeting a tweet. Fans that participated in the Twitter autoreply campaign received exclusive messages from Tommy or Ghost, respectively, as well as a special tune in notice on the day of premiere. In addition, those who followed one or both of the accounts were treated to an exclusive sneak peeks and special content throughout the campaign.

To incite passionate fan debate, we gave fans the opportunities to pledge their loyalty and recruit their friends to Team Tommy or Team Ghost on Twitter for a chance to win Team jerseys and other Power swag. We also engaged fans with Tommy/Ghost  character recaps, polls, and user generated content throughout the campaign.

The Team Tommy vs. Team Ghost campaign, garnered more than 850K Twitter mentions and more than 50B potential impressions throughout the campaign, surpassing competitors like “Empire” S5, “How to Get Away with Murder” S5, “Atlanta” S2, “Insecure” S3, and “Fear of the Walking Dead” S5 (2 weeks leading up to premiere and premiere day, respective for each show).

The campaign helped drive viewership for the Power” season 6S premiere - the series was the #1 most social primetime series episode across all broadcast, cable, and syndicated networks according to Nielsen Social Ratings and ListenFirst Interest Score the day of premiere. Additionally, the show's hashtag, #PowerTV, trended organically at #1 in the US on Twitter, while other “Power” related hashtags trended throughout premiere day. 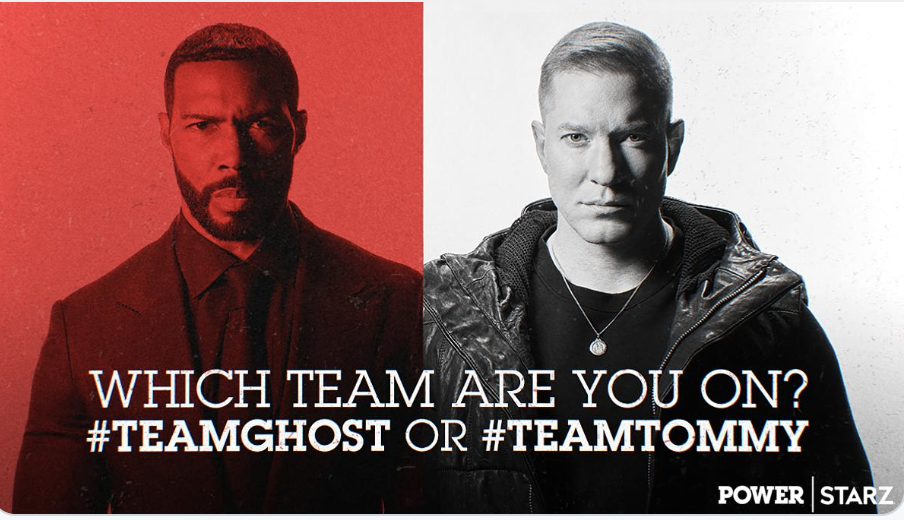