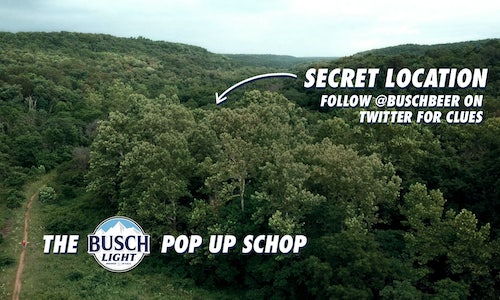 In 2019, pop-up stores from brands across the consumer spectrum had become both ubiquitous, yet also a bit ridiculous. Brands with no business creating pop-ups tried their best to tap into the trend, and whether it's walking down the street or scrolling through social media, these stores—with their long lines and extravagant merchandise—had become both inescapable, and all exactly the same.

The Busch brand holds three core values: Ground us in the things that really matter, poke fun at over-the-top consumer trends, and encourage fans to get outside.

Busch has also built a loyal and engaged social media following in recent years. This devotion from its fans is not only evident in the regular high engagement across Busch’s platforms, but also in the 2018 ‘Scavenger Hunt’ campaign when Busch tweeted out the locations of Gold Medallions hidden in National Forests across the country, which fans saw and actually went out to find within a matter of hours.

How could Busch respond to the overhype of brands creating exclusive products and limited edition pop-up stores in an authentic manner that also stayed true to its core brand values?

Busch would launch its own pop-up, dubbed “the Pop Up Schop,” but flip everything about the typical Pop Up Schop on its head, celebrating Busch fans and honoring their devotion and engagement with the brand, specifically via social media.

The Busch Pop Up Schop would be located in an undisclosed location, in the middle of a National Forest and hundreds of miles away from the nearest city. But with over 194 million acres of National Forest in America, Busch leveraged its social media platforms to help promote awareness of the Pop Up Schop, keep fans engaged in the leadup to the event, and ultimately encourage them to interact with the brand in real life at the Schop itself.

The execution: Busch would slowly release clues to the Pop Up’s location exclusively through its Twitter page, enabling only its most devoted fans knowing where the Schop was located.

Announced with a video featuring its spokesperson, Busch Guy, on its YouTube channel and Twitter page, the brand banked content with Busch Guy to leverage for each clue, slowly narrowing it down to a specific trailhead in Mark Twain National Forest in Missouri.

The Pop Up Schop campaign launched on July 16, four days ahead of the event date of July 20. Busch promoted the campaign through multiple tweets each day, going back and forth between dropping clues and building buzz for the campaign.

The initial posts from Busch went gangbusters, with hundreds of Likes on Twitter and thousands of views on the YouTube video, with fans pledging to head to the Schop, no matter where it was. The social posts were supported through PR with earned media coverage from the likes of Business Insider, Fast Company, AdWeek, Fox Business, Eater, Fox News and many more.

Busch announced that the Pop Up would open at 10am on Saturday, July 20. At 3am on the day of the event, Busch started receiving Tweets from excited fans who had already found and were camping out at the Schop. By the time it officially opened at 10am, there was a line of hundreds of fans waiting to enter, and throughout the entire day, over 1,500 showed up for their own Busch experience, all driving or traveling with friends for hundreds of miles just for the chance to interact with the brand. Even with the modest buildout of the Schop on-site (Busch wanted to stay on-brand and not destroy any of the forest) and the free merch all gone, fans stayed for hours just to have an interaction with the brand, meet Busch Guy, and crack open a Busch Light with other brand diehards.

Video for POP UP SCHHHHOP 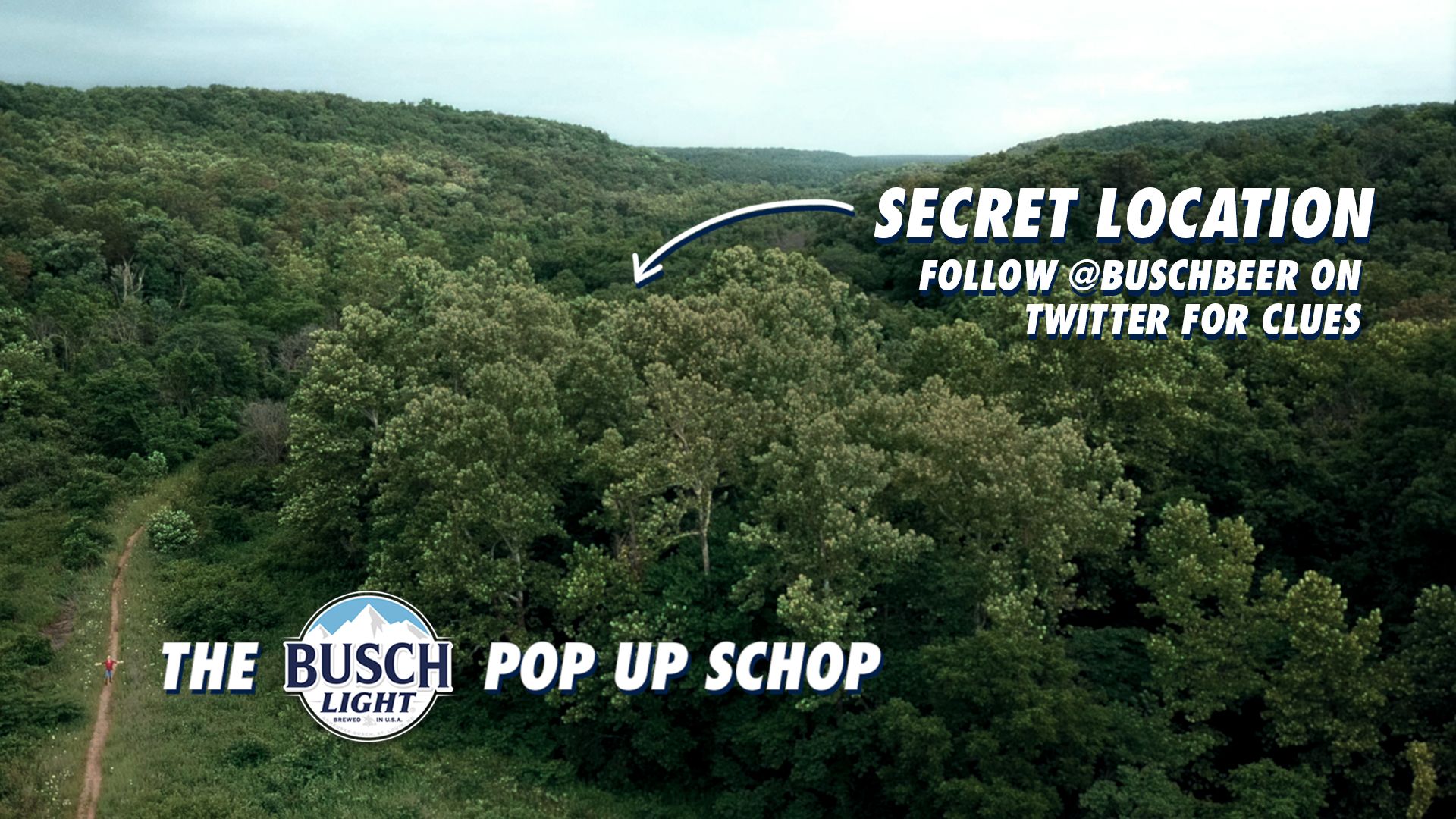