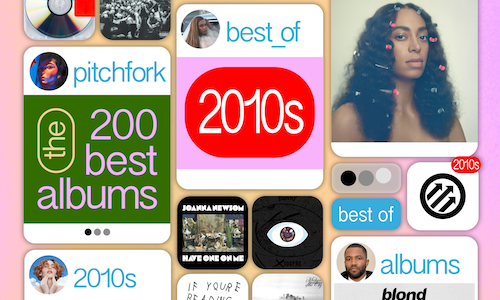 Pitchfork’s Best of the 2010s Package

In October and November of 2019, Pitchfork published the largest editorial package in our website’s history. Our Best of the 2010s retrospective was a comprehensive look back at the decade in music, featuring a total of 17 lists, reported features, and essays exploring how changes in the sociopolitical climate, technology, and the industry influenced the music that soundtracked the past decade. It was anchored by two massive rankings – the 200 Best Songs of the 2010s and the 200 Best Albums of the 2010s – which sparked countless conversations across multiple social platforms. With such an extensive package, it was imperative for social media to be able to comprehensively explain the event as well as create the foundations for this ongoing conversation. To do this, we focused on UGC campaigns, drove traffic back to our site, and used Facebook, Twitter, Instagram, Spotify, Apple Music, email, our website, and live events to create a fully immersive experience around the best music of the decade.

To deliver this package to our readers, our social media team of two people worked with two designers to create 85 multimedia assets that cleverly mimicked the swipes, scrolls, and chat bubbles that defined this decade in smartphone behavior. Motion graphics were used for almost every editorial piece, along with custom gifs and stickers uploaded to Giphy for Instagram Story functionality. We created a “make your own mixtape” asset that spurred an organic UGC campaign of readers sharing their favorite songs of the decade on Twitter and Instagram Stories. Our editor-in-chief used the Q&A function on Instagram Stories to answer our readers’ questions about our big lists. Each piece received a “Pitchfork 5” done by the writer or editor – one of our main Story series that allows artists and editors to talk about any topic in five bullet points. The hashtag #P4K2010s tied the month’s coverage together into an easily searchable spot. We brought our picks onto streaming services with playlists on Spotify and Apple Music. Newsletters included at least one piece of our Decade’s package almost daily in October and November. We even took the package offline with a giant dance party in Manhattan, promoted using a Facebook Event and DJed by Pitchfork staff, to celebrate.

The package, which prompted a Twitter-trending discussion, brought a total of 730K reader sessions into the site from across social platforms. After producing 65,500 words, 400 blurbs, 80 writers, and 6 months of work, all of our different approaches were so effective that Pitchfork trended on Twitter and our songs list alone received over two million minutes of engaged time spent on its first day. The package launched viral discussions across all social platforms, bringing in over a million sessions to the site total across multiple platforms. In the month of October, Pitchfork surpassed 12 million impressions on Instagram – our highest monthly tally ever. Readers, other media outlets, and featured musicians, including Frank Ocean, Paramore, Rosalía, and Grimes joined the conversation across social platforms, making the Best of the 2010s project not only the biggest, but also the most talked-about project in Pitchfork history. 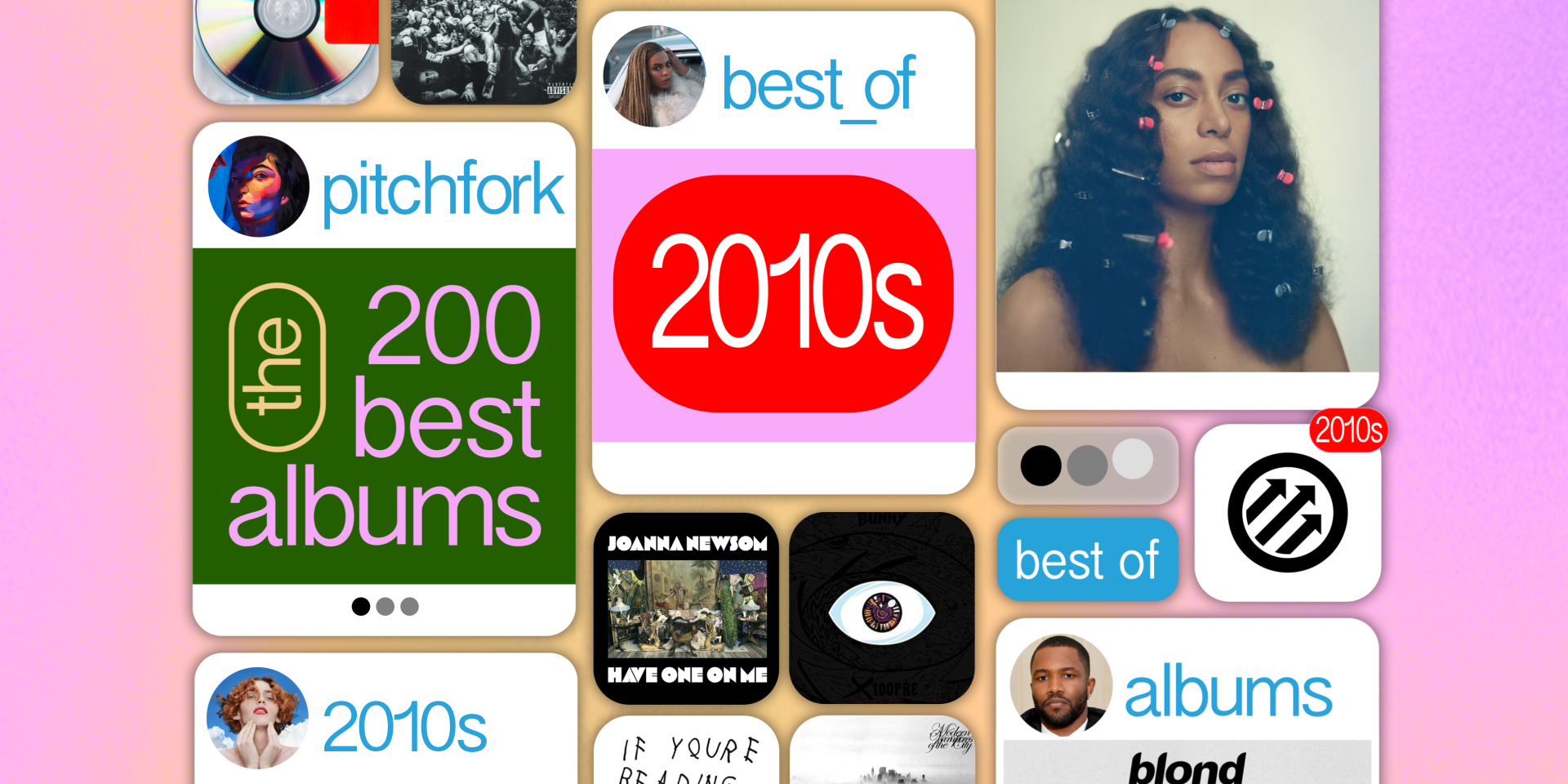 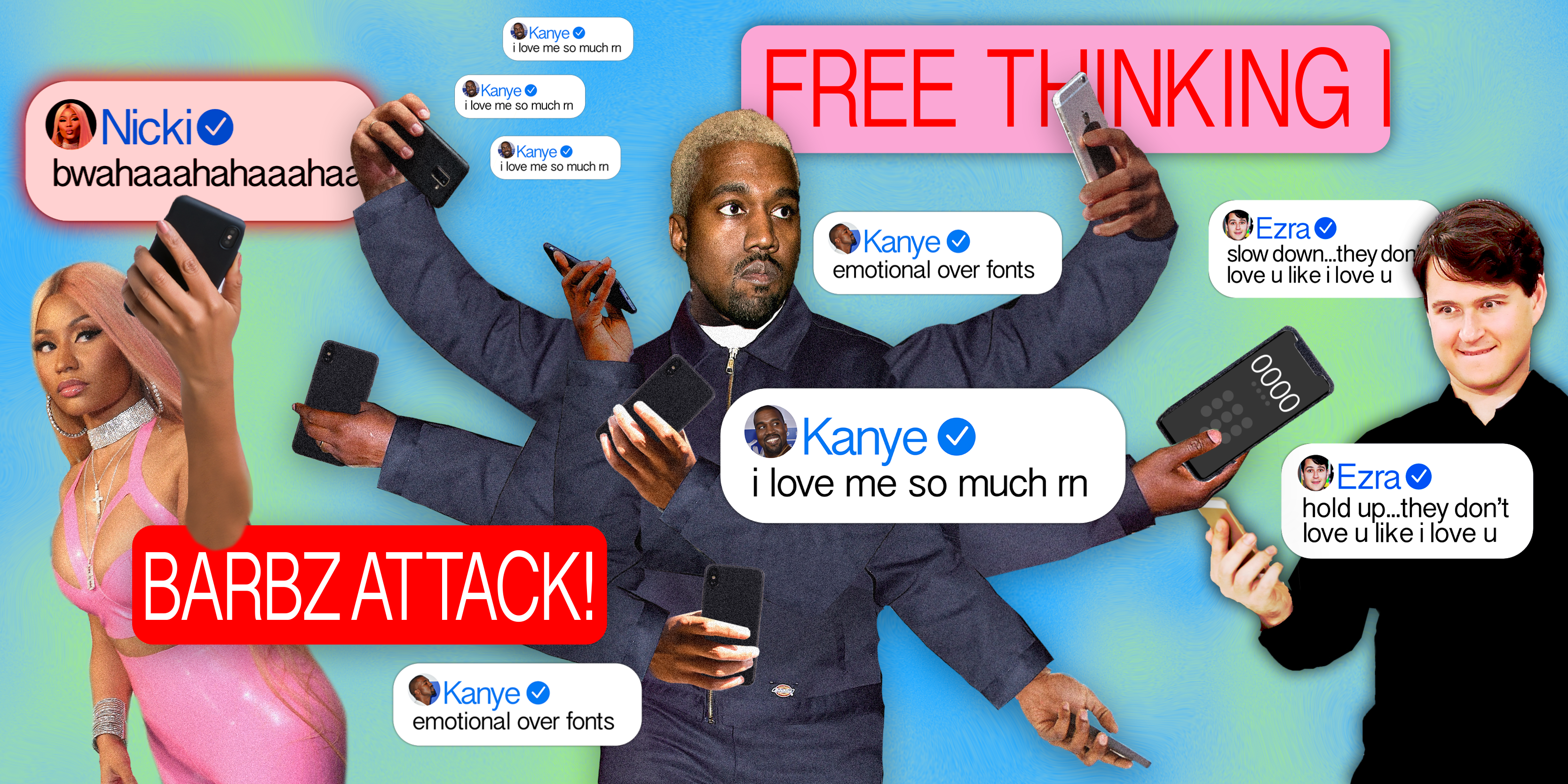 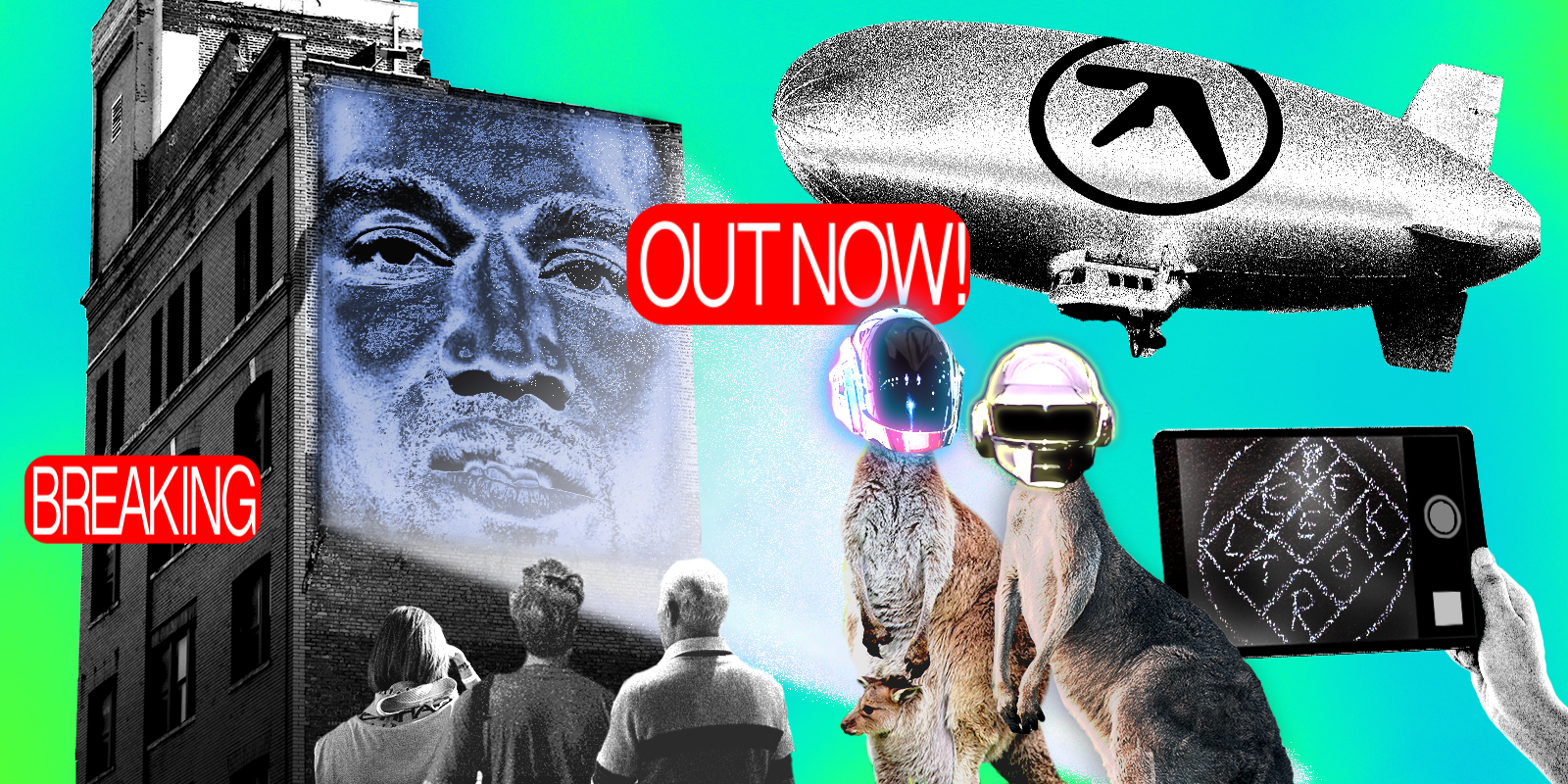