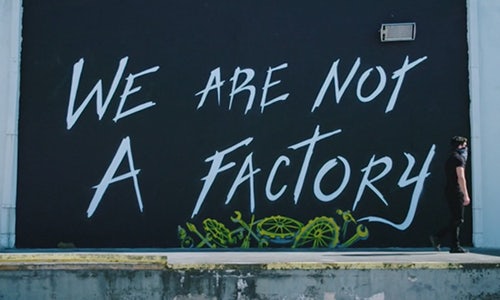 PINCHO is Not a Factory

Pincho Factory is a local, family-owned fast casual restaurant chain based in Miami. They spent 14 months working on a rebrand to dropping “Factory” from the name and introducing a new identity before they prepare to expand nationally.

Our challenge was to produce a social media campaign that generated awareness letting people know Pincho Factory is now PINCHO––with a tight budget and timeline––during the holidays.

Naturally, we accepted the mission.

We knew the human truth was most people already called them Pincho. What we learned was there was nothing keeping Pincho + Factory together. In fact, it’s the exact opposite––their food is hand-crafted using fresh ingredients, every meal is made to order, and it doesn’t resemble a Factory in any way.

That helped us uncover the key insight: there’s nothing Factory about Pincho. Which led to the strategic idea: Pincho is not a Factory.

As we were developing concepts, someone from the Finance department told us the exterior signage would be the last phase of the transition because it was the biggest expense. That’s when a lightbulb went off. What if someone “stole” Factory?

We started with the Hialeah location first because that’s where Pincho’s co-founders were raised, and it was the city with the highest number of Instagram followers. On January 2nd, we posted a picture of their Hialeah location with Factory missing from the signage.

Engagement started rolling in immediately. Influencers and people in the media started spreading it like wildfire. Later that night, we dropped another post, this time it was a recorded surveillance of the culprit. Everyone was outraged.

The next morning, we were on the news.

On January 4th, we revealed the Flagler location was also missing Factory, and then we followed it up that night with another post showing more surveillance video. People were starting to catch on by this point.

The theft gained incredible organic traction, so we capitalized on the excitement on January 9th, one week after the first post, with a video to officially announce the rebrand, featuring the same person that stole Factory.

Besides making it on the news, we received plenty of earned media from the local paper, top industry & category publishers:

Overall our client was thrilled with the execution because it outperformed expecations, their employees loved it, and the community embraced it.

To top it all off––we had a blast producing it.

Video for PINCHO is Not a Factory 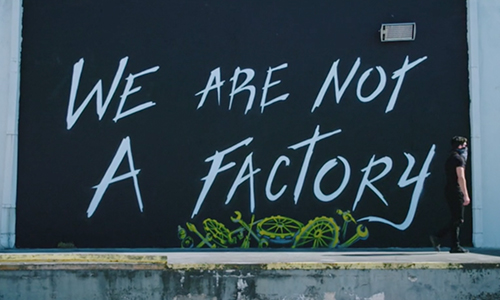