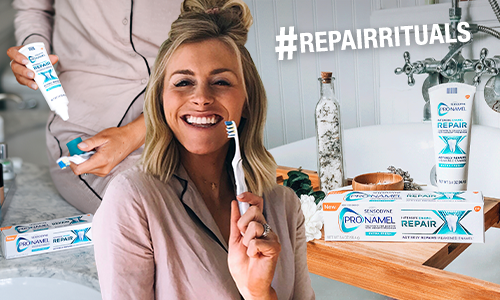 Pronamel Repair: Building a Role for Toothpaste in Self-Care

In February 2019, Pronamel launched Intensive Enamel Repair toothpaste, a new product with the brand’s most advanced formulation yet. Pronamel has built equity as the specialty brand that protects tooth enamel from acid erosion, but this innovation, Pronamel Repair, helps actively repair enamel already weakened by the acids in foods.

In promoting this new product, our challenge had two parts. First, it was already widely accepted among the public that once enamel is gone, it’s gone forever. Second, while Pronamel Repair has the science to back up its benefit, how could we explain that to consumers in an engaging, social media-friendly way?

Since most consumers don’t spend much time thinking about their toothpaste, while at the same time are being bombarded with complex claims from Pronamel’s competitors, we needed a digestible way to help consumers understand how Pronamel Repair was different and start to care about repairing their acid-weakened enamel.

The campaign sought to generate not only awareness, but also relevance by creating an authentic connection between enamel health and the ever-growing trend of “self-care.” Success against this overall objective was measured by growth in awareness, household penetration, and sales of the new SKU.

In today’s world, stress can feel inescapable—whether from friends, family, work, or just the everyday demands of life. People are increasingly searching for a way to restore their minds and bodies, creating interest in the regenerative value of “self-care.” With 18+ million uses of #selfcare on Instagram, people are sharing their own self-care methods while looking to influencers for inspiration. Brands have even created relevance by providing value in the self-care conversation, showing it’s more than a social media phenomenon—it’s a consumer priority.

Good oral care is central to overall health, which raised a question: why don’t people view taking care of their enamel the same way they do their minds and bodies? Healthy eating is a huge part of self-care, but many people aren’t aware that some healthy foods, such as acidic smoothies, fruits, and juices, can actually erode tooth enamel over time and cause teeth to appear dull and discolored.

But instead of telling consumers they have yet another health issue to consider, the brand wanted to show that Pronamel Repair helps solve this issue while fitting seamlessly into their healthy daily routines. The campaign goal was to show consumers that when used in a usual morning and evening brushing routine, Pronamel Repair helps to actively repair acid-weakened enamel so that they can continue eating the healthy, acidic foods they love.

Leveraging Influencers with a Voice in the Lifestyle, Wellness, & Dental Space

To achieve this idea in an engaging, social media-friendly way, the brand collaborated with a set of micro- and mid-tier influencers to help authentically connect Pronamel Repair to the self-care conversation on Instagram. Natural Language Processing was used to analyze over 3M comments and posts to discover 400 influencers relevant to the brand and campaign. Then a data-driven scoring, weighting, and ranking process was conducted, leveraging proprietary AI models and metrics such as social influence, audience compatibility, and purchase intent to surface those influencers most optimal for Pronamel.

These content creators, who already had credibility and engaged followers in the lifestyle, wellness, and dental expert space, illustrated their personal self-care routines and included Pronamel Repair as a critical tool in their #RepairRituals.

Partnering with influencers enabled the brand to explain the product benefits while staying relevant to the self-care conversation, natural to people’s lives, and less “bogged down” by science. And by leveraging a variety of content verticals, like fitness, lifestyle, and even dental expert, the creators tied the product to their own lifestyles with genuine testimonials that felt relevant to their followers.

Tactically, Pronamel amplified the content to both the brand’s and creators’ target audiences by promoting the posts from the influencers’ handles with paid support from the brand, while also repurposing content for the brand’s Instagram and Facebook channels. Additionally, Pronamel also promoted product-focused creative that focused on the single-minded message of the new product’s repair benefit. This mix of content best achieved the campaign’s dual goals of driving awareness and consideration.

Additionally, the majority of Pronamel’s influencer set performed better than similar competitors’ influencer content in terms of purchase intent, favorability, and engagement and advocacy rates among followers. Followers regularly commented on the influencers’ sponsored posts indicating they wanted to try the product, and that the content had changed their perspective on enamel being irreplaceable. 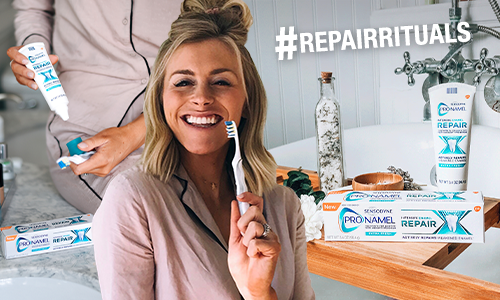 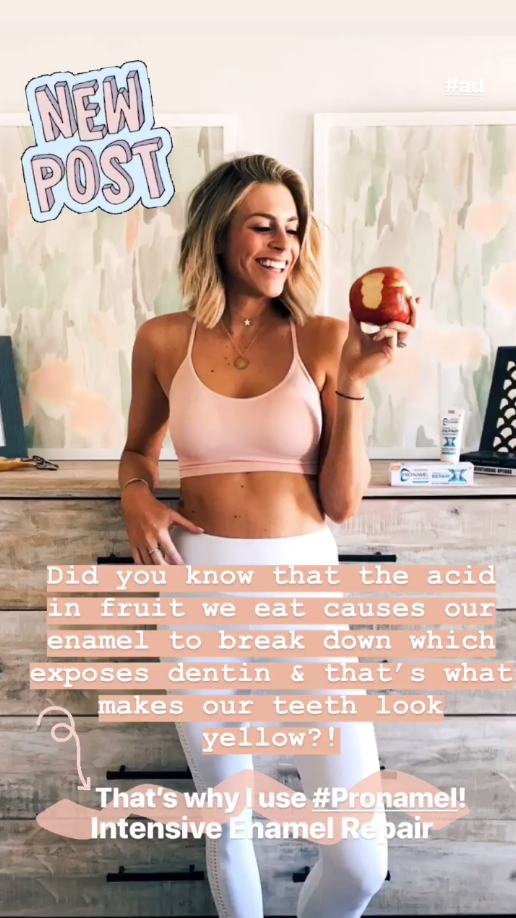 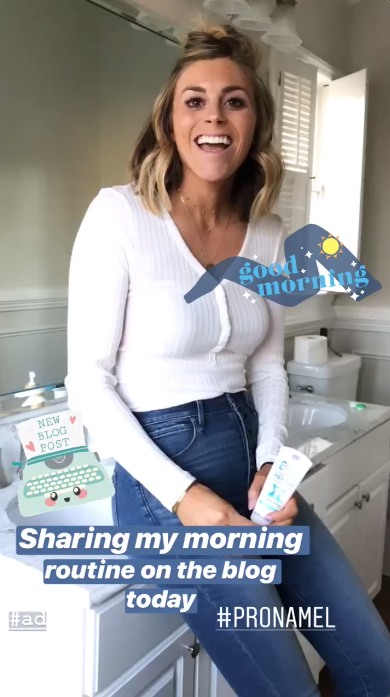