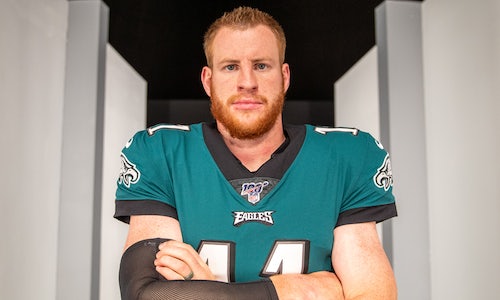 Welcome to the Party

Looking at the 2019 regular season schedule, all Eagles fans had the team's November 27th matchup circled on the calendar. The Week 11 game marked the first between the Philadelphia Eagles and the New England Patriots since the two teams battled it out in Super Bowl LII. With the opponent adding to the excitement of the game, it was clear this timing created the perfect opportunity to release a short video across the Philadelphia Eagles social channels, creating even more hype ahead of kickoff at Lincoln Financial Field.

The look for this video was created prior to the team's media day, which took place in June 2019. Specific graphics were created and displayed on a projector/stage set, ready for individual players when it was their time to step in front of the camera. Having this look created in advance then allowed players to interact with the graphics appearing behind them. For example, a spike effect was created. By allowing players to watch the effect happening behind them, they were then able to look to the camera and perfectly time a spike motion with the animation occurring on the projector. With that overall look already established, editors were then able to enhance the effects and add other supporting elements during the creation of the final video. Additionally, by creating this look in time for the June media day schedule, we were able to include as many Philadelphia Eagles players as possible.

When it came time to select a track, we chose Welcome to the Party. While the song matched the tone we were aiming for, we also chose it because Diplo is an avid Eagles fan. Using one of his songs only added to the excitement before such a huge matchup with the New England Patriots. Using a current song meant we needed to license it for use in the digital space. We worked with numerous producers and record labels to get all of the agreements in place in time for the November 16th posting date.

In terms of distribution, the video was published to the Philadelphia Eagles Twitter, Facebook, and Instagram accounts 24 hours ahead of kickoff. This timing was intentional in order to excite Philadelphia Eagles fans across the world exactly one day prior to the start of the game. A 16x9 version was created for posting on both Twitter and Facebook, while a 1x1 version was cut specifically for the Instagram platform. These two different sizes were created in order to fit the strategies of the platforms, which in turn ultimately enhanced engagement.

Our Welcome to the Party hype video totaled three posts across the Philadelphia Eagles social media accounts, gaining 765,000 impressions and 145,000 views. We found ultimately the video performed best on Instagram, accounting for 55% of the total views, 84% of the total engagement, and 49% of the total impressions. While the video did excite fans ahead of the Week 11 game as intended, it also allowed the Eagles organization to continue building our relationships with major influencers. These relationships, such as the one we have with Diplo, are incredibly important to the organization. For those reasons, the video was a success in multiple areas for our brand.

Video for Welcome to the Party 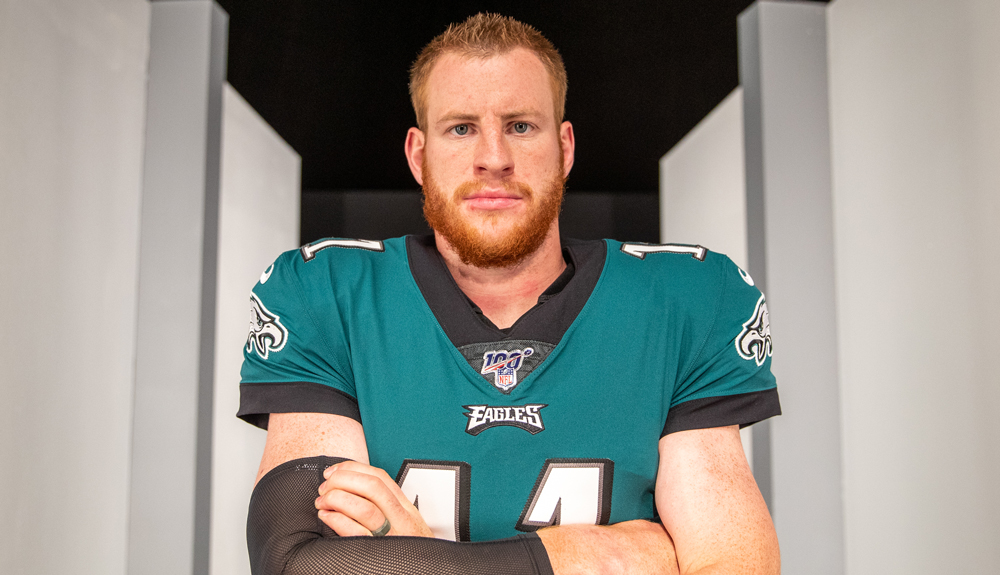