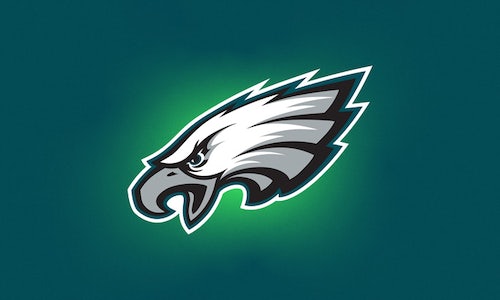 With each piece of content posted on the Philadelphia Eagles social media accounts, we have a specific goal in mind. We aim to engage with Eagles fans across the world by providing them with exclusive, creative content centered around their favorite NFL team. In order to achieve this goal, we have developed specific strategies for each platform to ultimately increase our engagement across social media, which will in turn help our channels grow and reach/create even more Eagles fans across the globe.

While our overall strategy is to focus on engagement metrics, we've also worked hard to develop specific strategies for each of our Philadelphia Eagles social media platforms.

TWITTER: We’ve always prioritized follower growth and engagement on Twitter, but this year we made a specific effort toward monetization as well. By strategically moving from gifs to mp4s, as well as from static to motion graphics (when possible), we earned 100.5% more this season than last and generated over six figures in revenue. We began opting in as many videos as possible, relying on the platform to control the user experience. We saw that our ceiling for earnings was limited only by the number of content pieces we could create. This additional income has helped us prove to stakeholders that social media can be a serious source of revenue, rather than a cost center.

FACEBOOK: While Facebook itself is plateauing in overall platform growth, we’ve found a lot of success using targeted ads and content. By refocusing to reach the right audience rather than the largest audience, we’ve seen a 79.8% year over year increase in engagement on Facebook, with roughly the same amount of posts.

INSTAGRAM: We’ve made a strategic effort to diversify our Instagram content, mixing in graphics, photography, illustrations, and videos. It’s become clear that the most engaging pieces of content are thumb-stopping and visually diverse. As a result of this switch, our Instagram is by far our most engaging platform, with a 9% engagement rate and 30 million engagements on the season. That marks a 10.7% improvement from last season, despite a worse record and a shorter playoff run. Beyond that, it also helped us surpassed the 2 million follower mark, up 21% from last year.

YOUTUBE: We have shifted our YouTube strategy to heavily focus on watch time by posting longer videos as well as all of our podcast content on the platform. That change, coupled with our continued efforts around traditional video content, brought us an 18.2% increase in video views on YouTube (4.7 million this season) and a 32.6% increase in engagement. It also bolstered our subscriber base (up 54.5% to 112k this year) because we were serving our most avid fans the content they cannot get anywhere else.

TIKTOK: Launched in September 2019, from the very first post, we specifically focused on posts that would bring fans inside the organization, from community outreach, to locker room silliness, to staff-led challenges. By employing this strategy of fun-first and spotlighting our fluency in the app and its culture, we’ve gained over 670,000 followers, 72 million video views, and 8.9 million engagements in just one season.

Each of the Philadelphia Eagles social media channel efforts have resulted in several successful results, as well as our brand hitting overall engagement goals. From the beginning of Training Camp (August 2019) through the conclusion of our 2019 season (January 2020), the Philadelphia Eagles Twitter, Facebook, Instagram, and YouTube channels accumulated 1.6 billion impressions, 152.6 million views, and 47.1 million engagements. In terms of engagements specifically, that number is up 9.4% from the previous season.

The above metrics do not include TikTok, since the account was not created until September 2019, but with those added numbers as well we surpassed 50 million engagements in a six-month period. With growth across the board, our strategies allow us to connect with Eagles fans everywhere and provide them with engaging content they can't consume anywhere else. 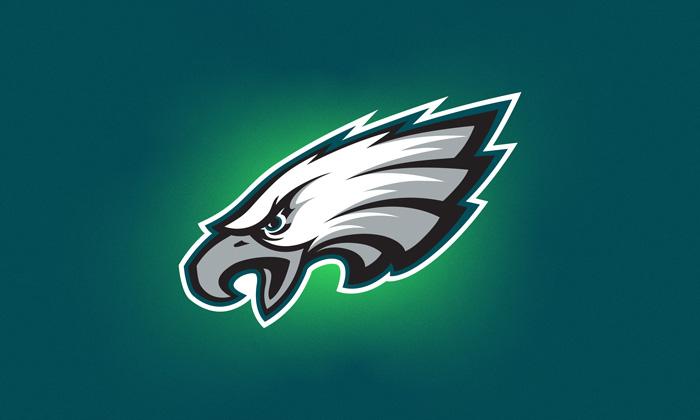 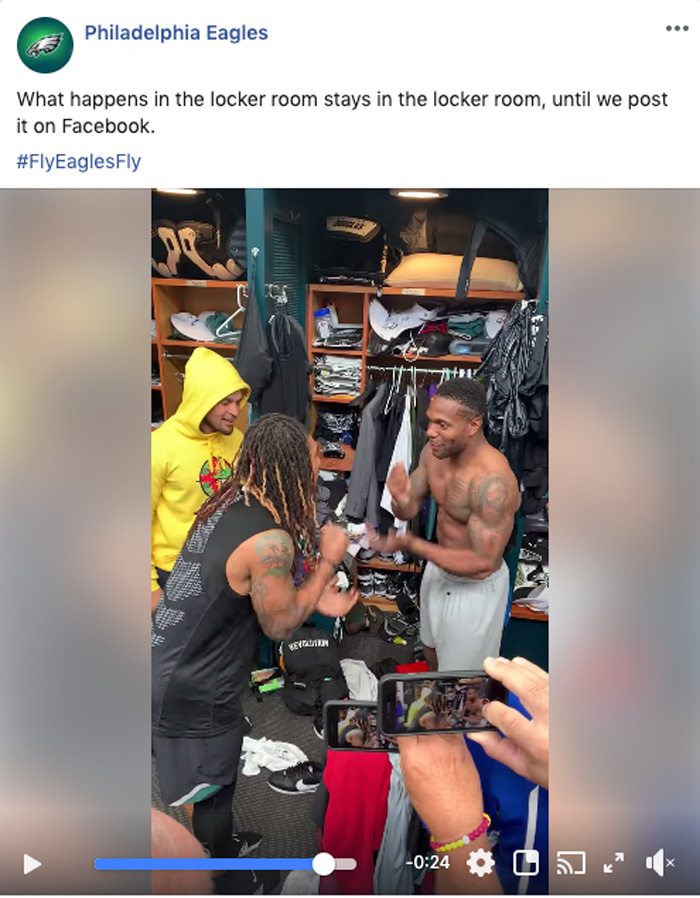 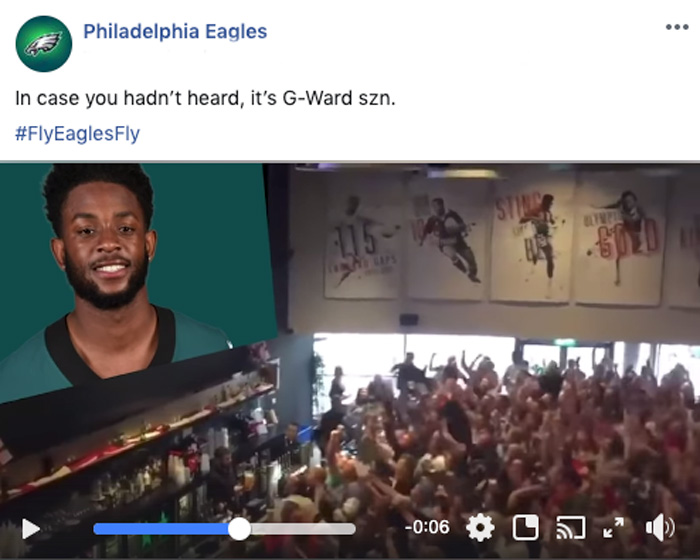 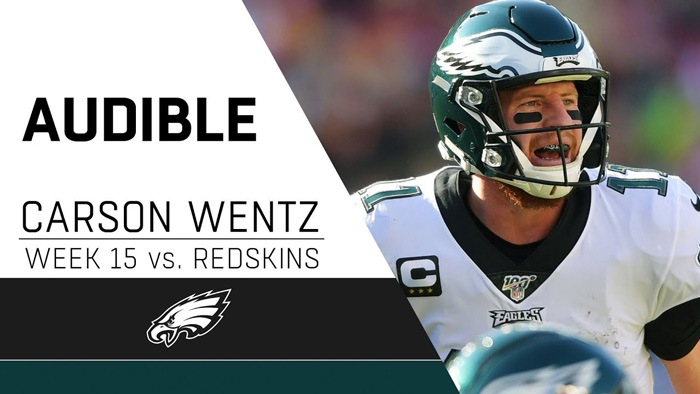 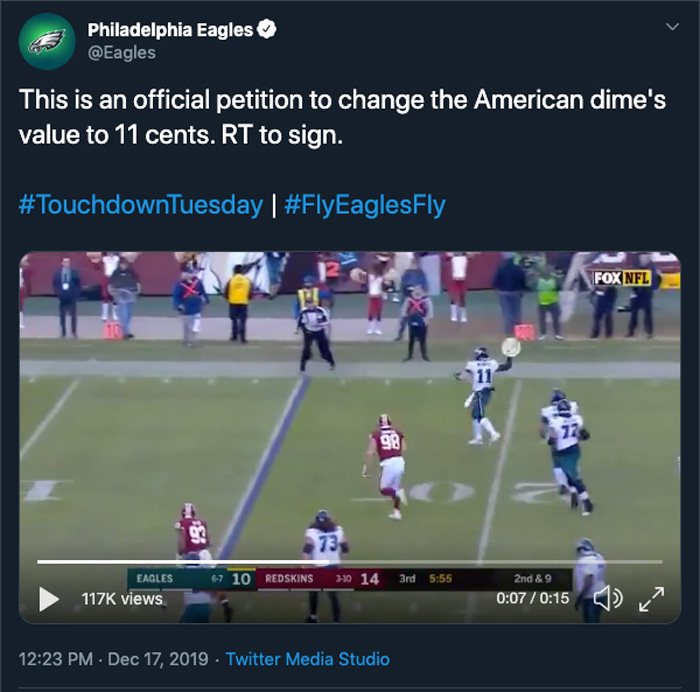 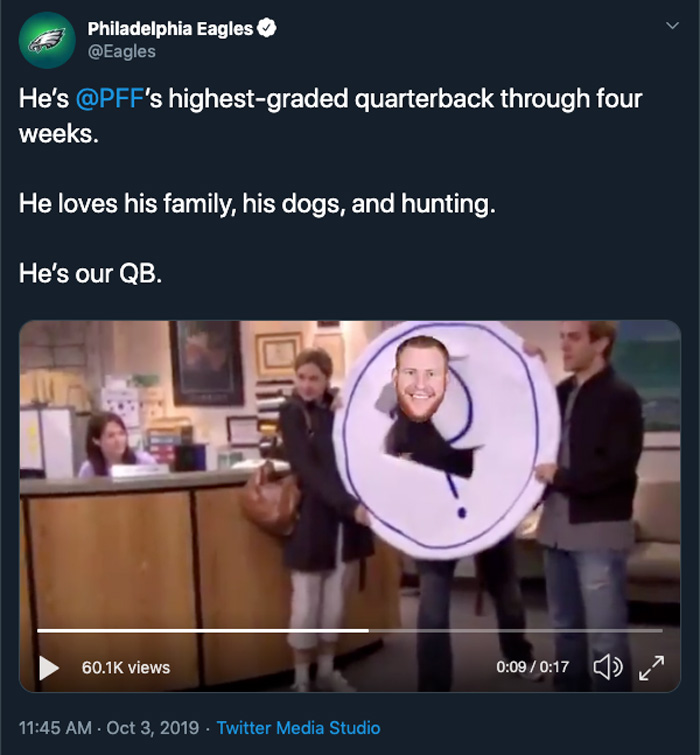 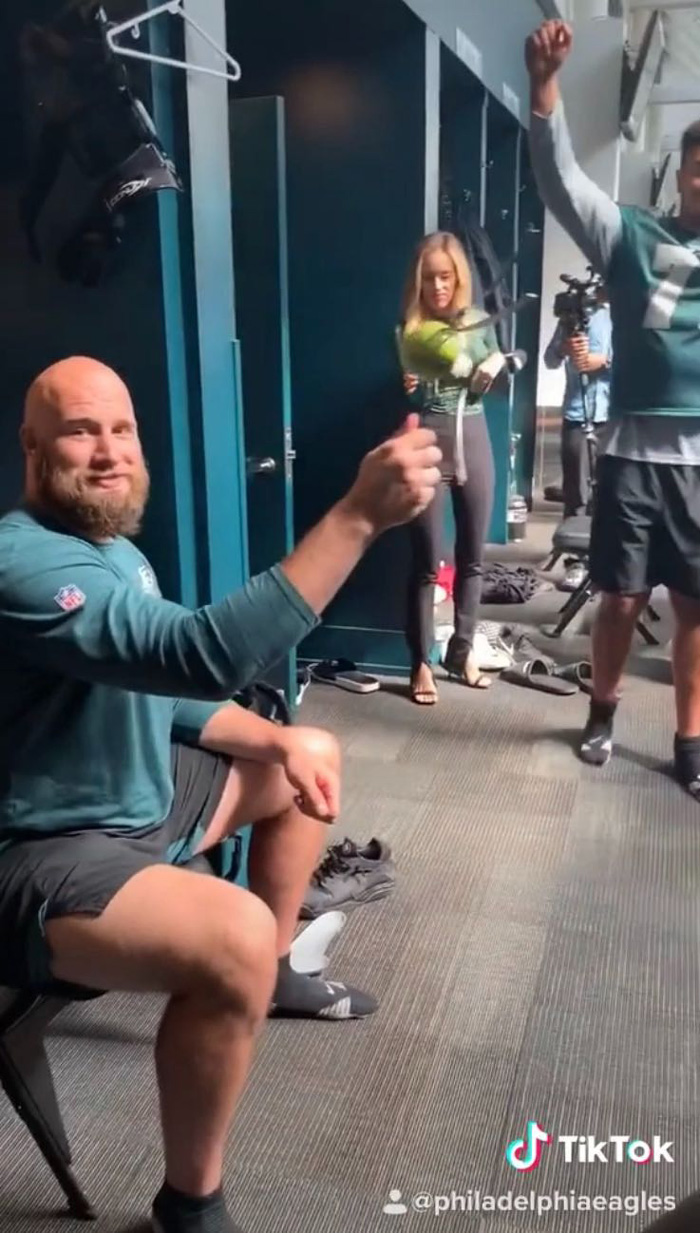 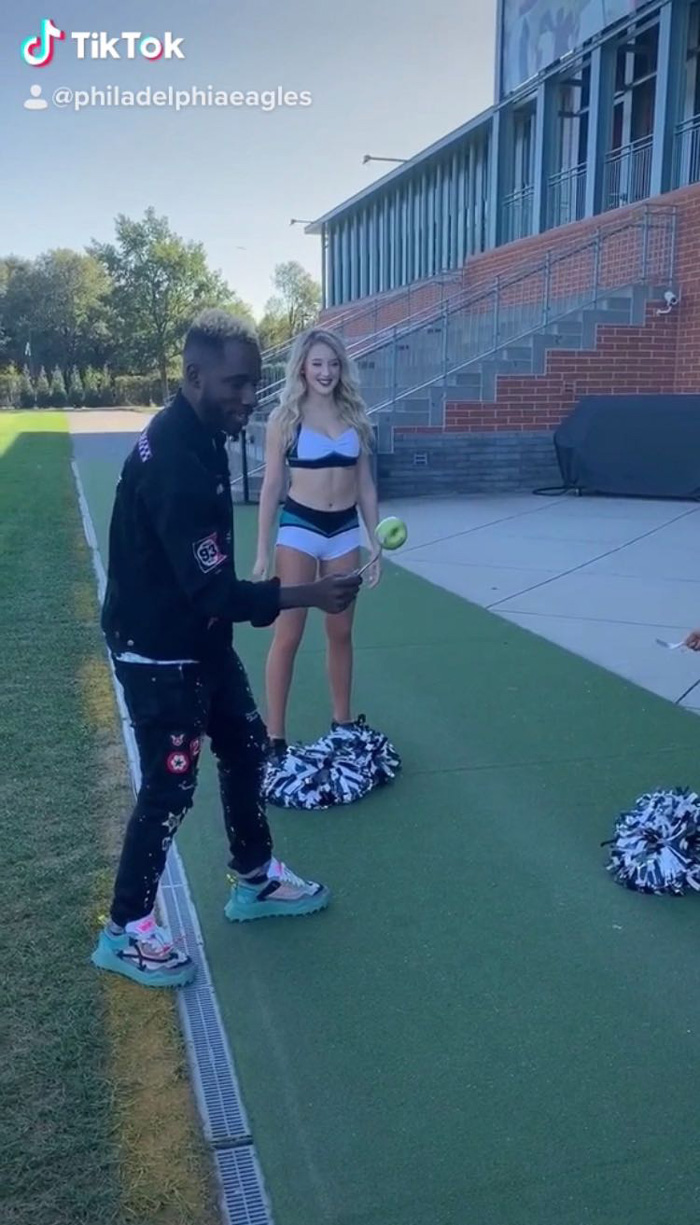 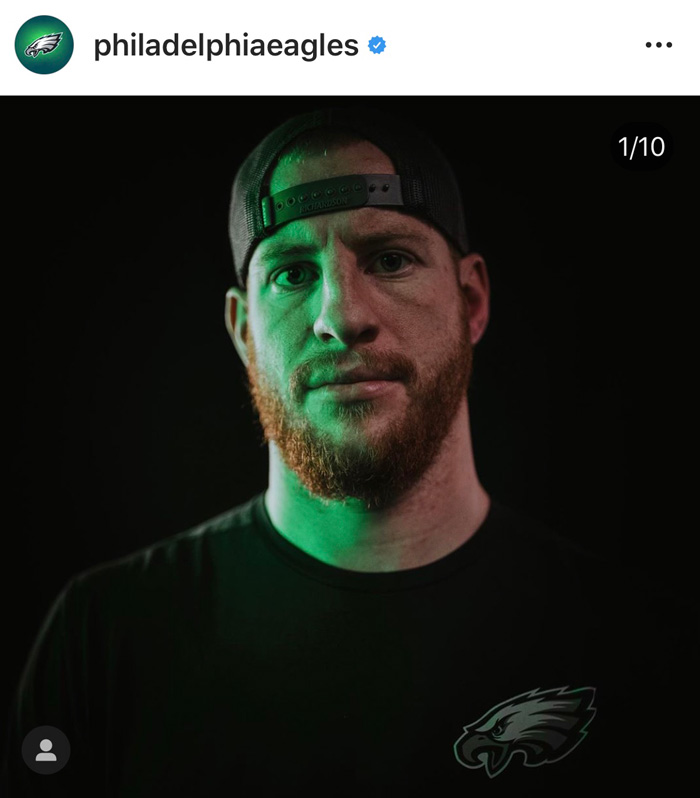 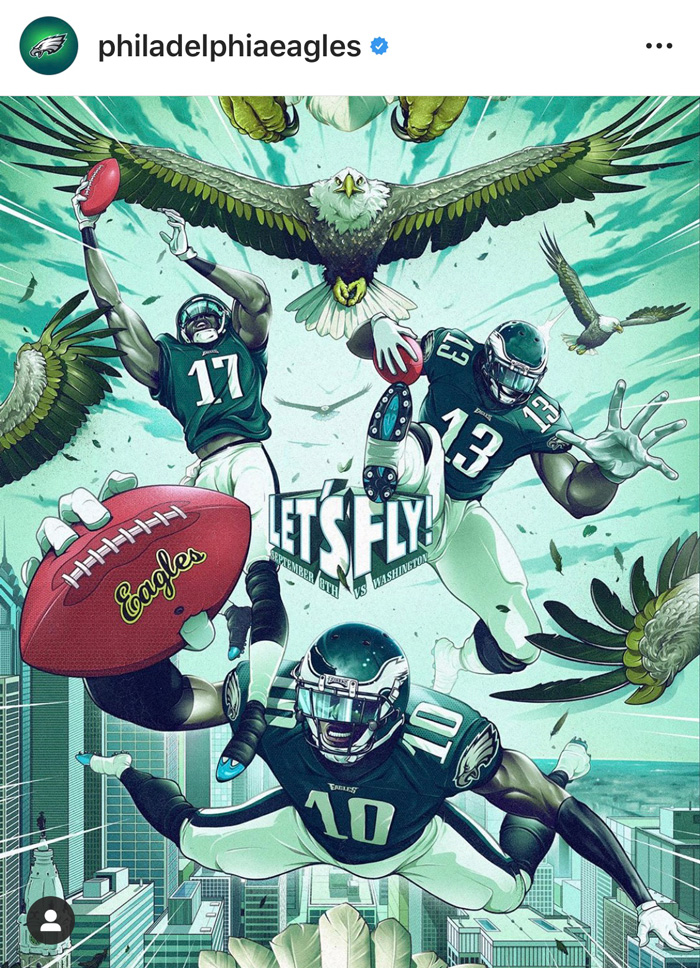