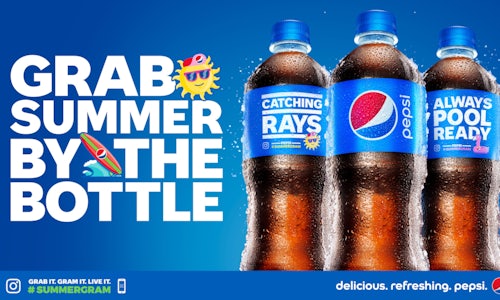 Pepsi needed to reverse a four-year trend of declining summer sales—and combat diminishing soda sales overall. Leading up to the summer of 2019, Pepsi was faced with serious challenges: from declines in consumption, to a resurgence of competition with their top competitor during the key summer selling season.

In the summer, Pepsi’s biggest competitor has held a year-over-year advantage with more successful programs leading to greater sales. The challenge: make Pepsi the unquestioned choice for summer cola moments.

Raise overall consumer perception of Pepsi as a product and a brand while outperforming its key competitor in the summer of 2019.

Pepsi consumers—“unapologetic enthusiasts”—believe the most enjoyable life is one free from constraints. When summer hits, their mindsets shift with seasonal realities turning things up to 11, allowing them to unapologetically enjoy what they love, without the constraint of societal judgement holding them back from being themselves.

With the barrier of societal judgement holding unapologetic enthusiasts back, Pepsi believed it could help inspire people to live like no one’s watching: with the product itself becoming a badge of self-expression designed to amplify the target’s “summer self” and enhance their favorite summer passions...no matter where they were.

Pepsi wanted to empower people to truly embrace the activities, and the flavor, they love during summer. So Pepsi launched a 360-degree, integrated campaign ecosystem designed to empower unapologetic fun—transforming Pepsi itself into an advocate of, and instrument for, self-expression and live-out-loud summer enjoyment.

We called this initiative Pepsi #SUMMERGRAM, and we made sure that all of America had a chance to adopt it and celebrate it as an extension of their own unapologetic summer mentality.

With the use of AR skyrocketing, Pepsi partnered with Instagram to launch the beta version of their all-new Spark AR platform. And we did so in epic fashion–with over 250+ unique AR effects each based on a unique Pepsi bottle statements and icons. Custom-built in 3D, with unique sound effects, tap-to-engage elements and full-screen immersions. Each AR effect was also accessed via the first-ever deep linking into the Instagram app. (Since the launch of Pepsi #SUMMERGRAM, Spark AR was released from beta with over a billion people now engaging on the Instagram platform.)

Pepsi crafted a series of 20 ten-second TV spots, innovating within traditional media buys by playing them back-to-back-to-back—creating a holistic message for the campaign.

#SUMMERGRAM was introduced with the deployment of four 60-foot-tall inflatables; a Today Show takeover; sponsorship of Spotify summer playlists; custom content with the casts of Summer House and Vanderpump Rules on Bravo; and an AR feature on The Tonight Show with Chrissy Teigen.

From May 19th through August 10th, Pepsi combatted category headwinds and struck a cultural chord that generated staggering attention and planted Pepsi at the center of summer fun for millions of consumers. 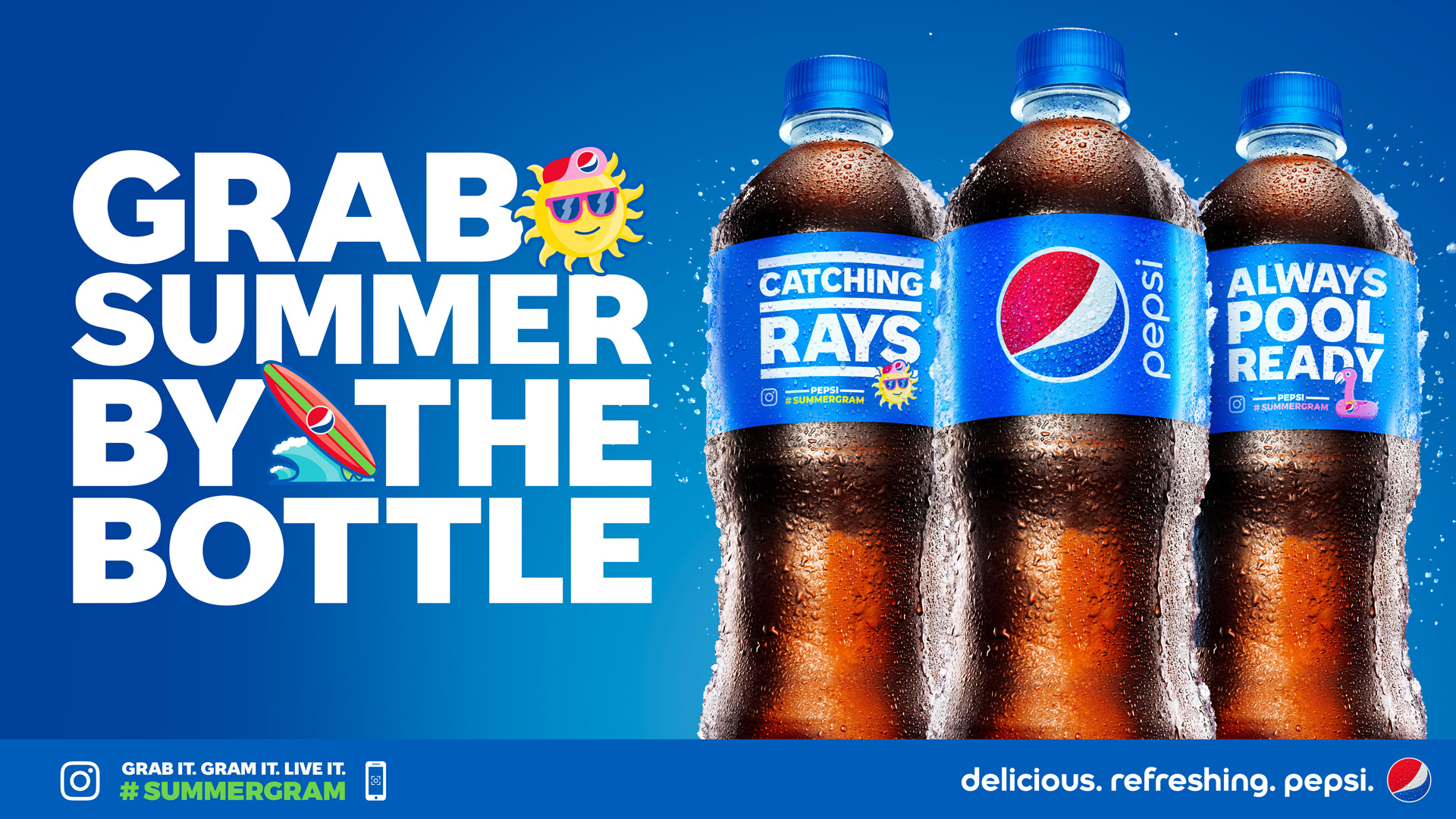 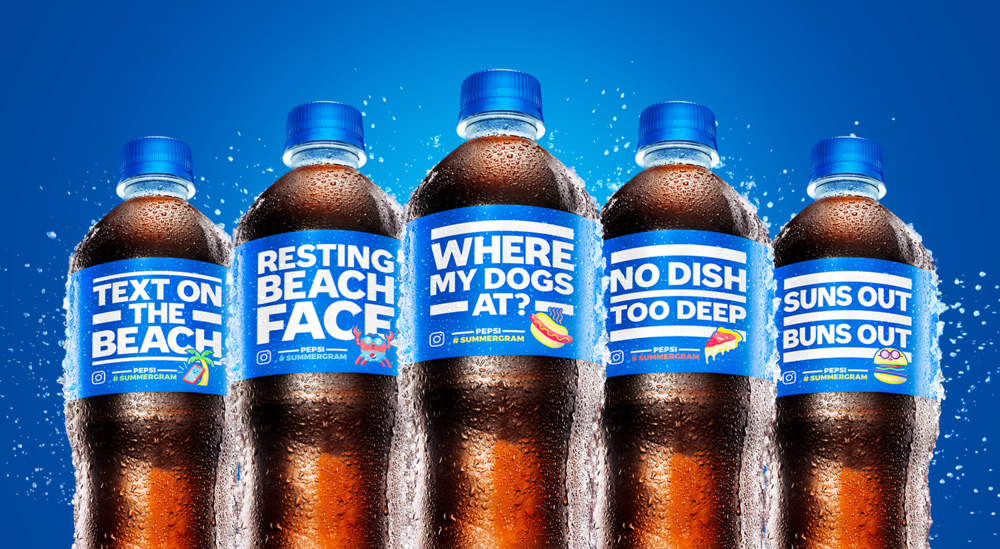 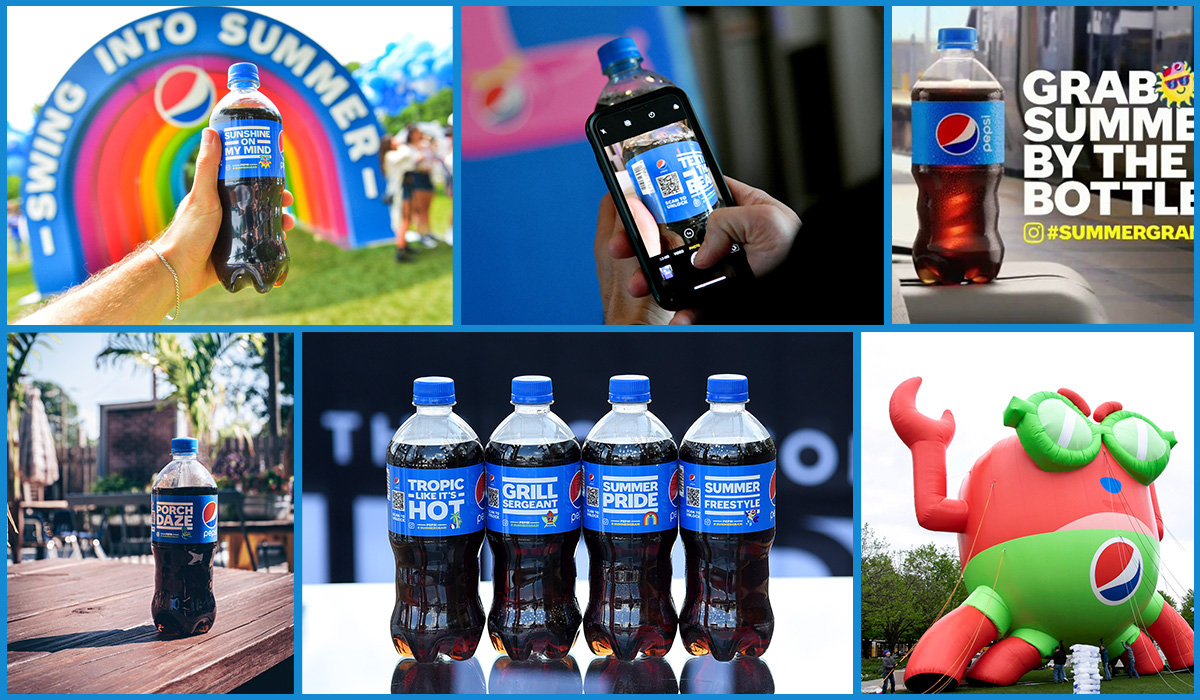 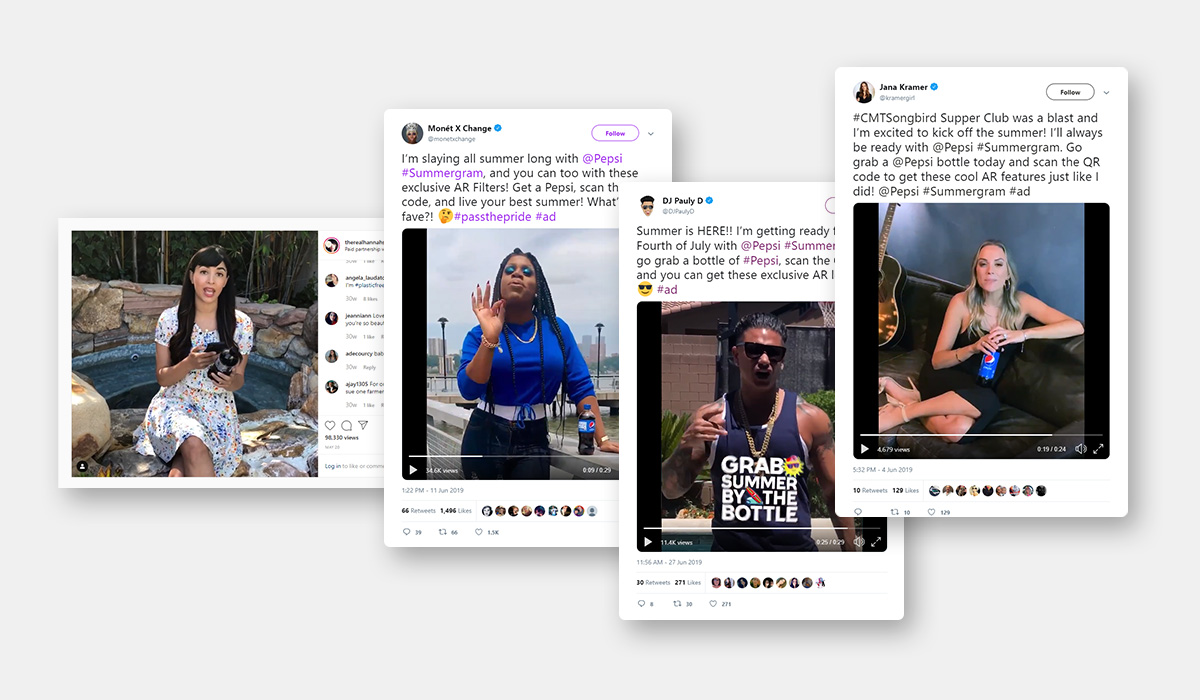 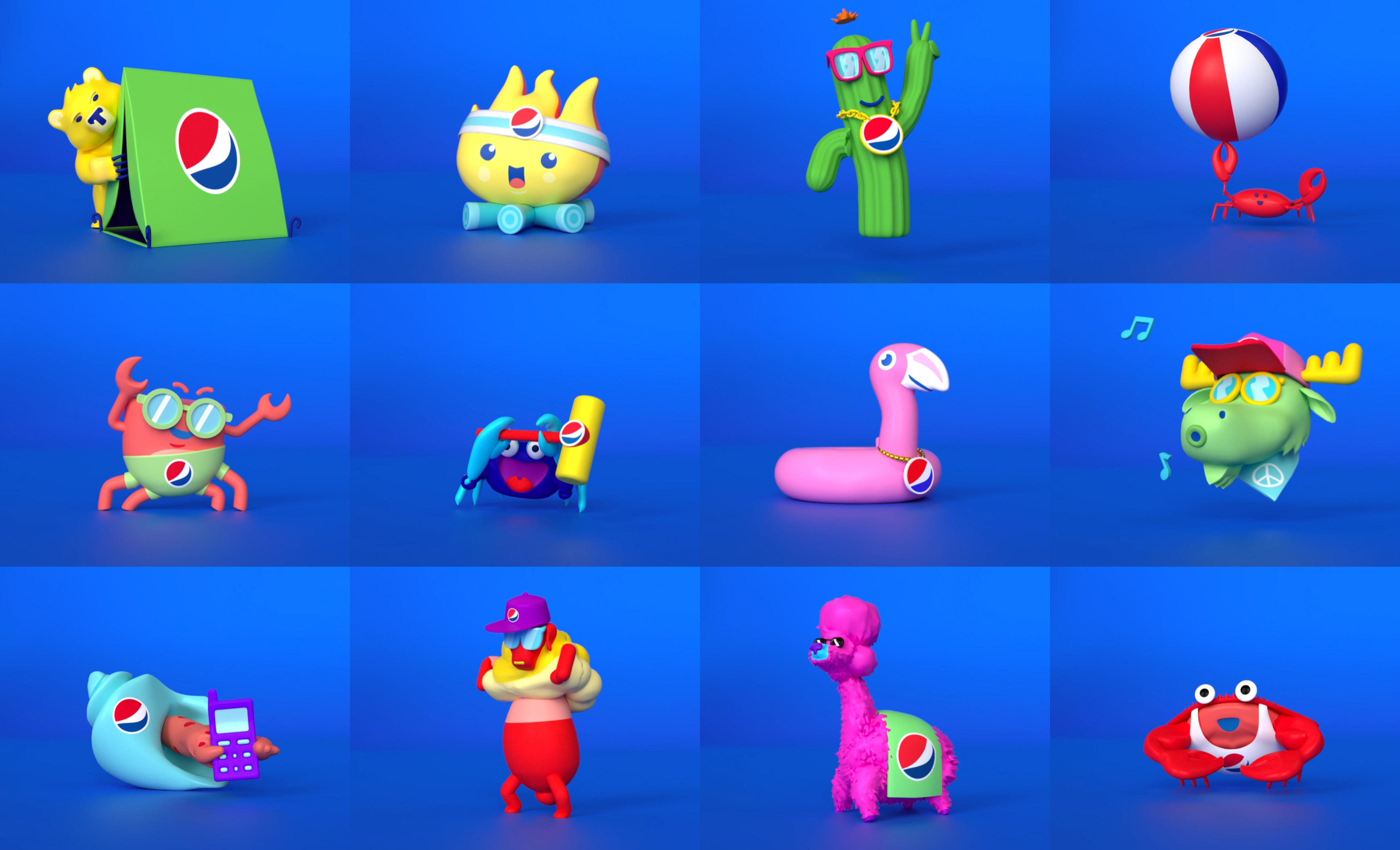