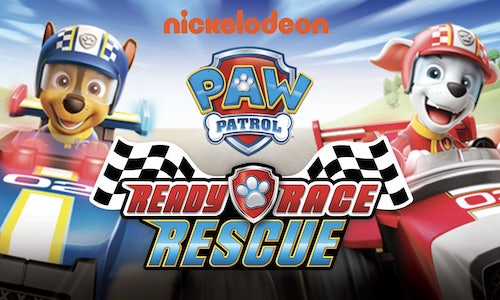 In 2019, we were challenged to anniversary the massive success of our past Mighty Pup’s campaign at Walmart, with a brand new direct-to-DVD movie, PAW Patrol Ready, Race, Rescue and supporting product line available exclusively at Walmart.  We knew that we would need to go above and beyond to generate massive awareness and ultimately conversion at our largest account, Walmart, via incremental revenue and lifts to our core PAW Patrol business during our key promotional timeframe of September.

We know that consumers are becoming more savvy and can easily identify when content is simply a paid advertisement vs. authentic sentiment.  We set out to develop a campaign that stands out in the feed via genuine content that resonated with our core PAW Patrol consumer.  We did so by leveraging a mix of celebrity and micro influencers within a digital, interactive “Paw Patrol” experience that focused on the intersection between the promotion we as the brand needed, the value audiences want and what is authentic to influencers to create stand-out, effective promotional content.

Our unique influencer campaign tied into this racing thematic and allowed fans to follow influencers and their families doing good in their communities in a virtual “Race Across America.” We engaged a mix of celebrity and micro influencers across the country and gave them each a mission from the PAW Pups ranging from beach clean ups to toy donations or planting a tree. The reward for their good deed? The latest Ready, Race, Rescue swag!

Our support was pulsed throughout the month of September kicking off on 9/3 with the DVD launch and a post by Whitney Port in LA. The campaign made “stops” across the country and culminated on 9/21 in Richmond, VA to align with a planned PAW Patrol activation at the Richmond Raceway and a special appearance by Samantha Busch, wife of NASCAR driver Kyle Busch.

The highly successful campaign delivered nearly 10 million impressions and 580K+ engagements as well as gave Walmart an ownable program that helped to capture 84% of PAW Patrol business during this timeframe and drove a 16% increase of core PAW Patrol sales. 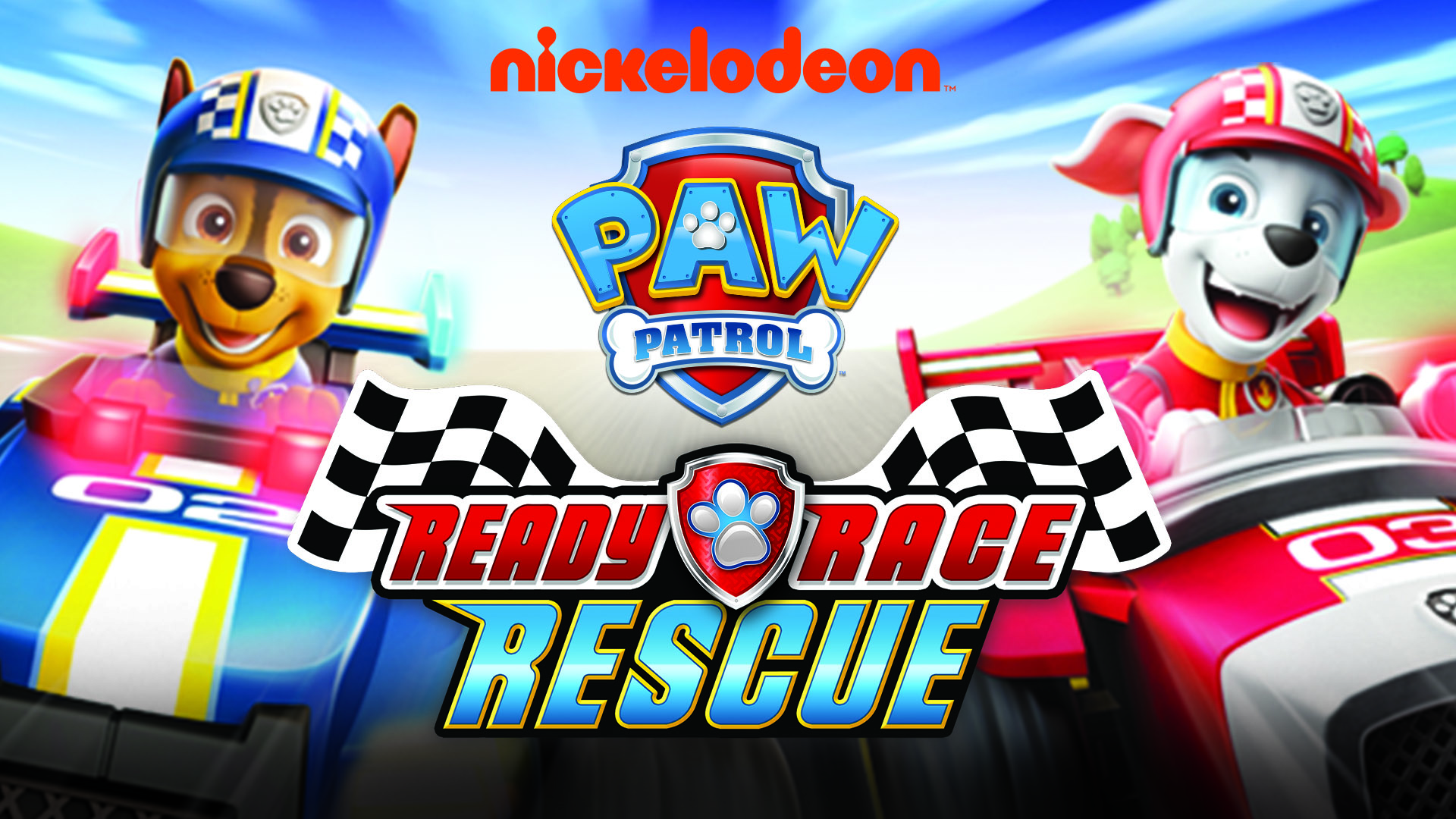 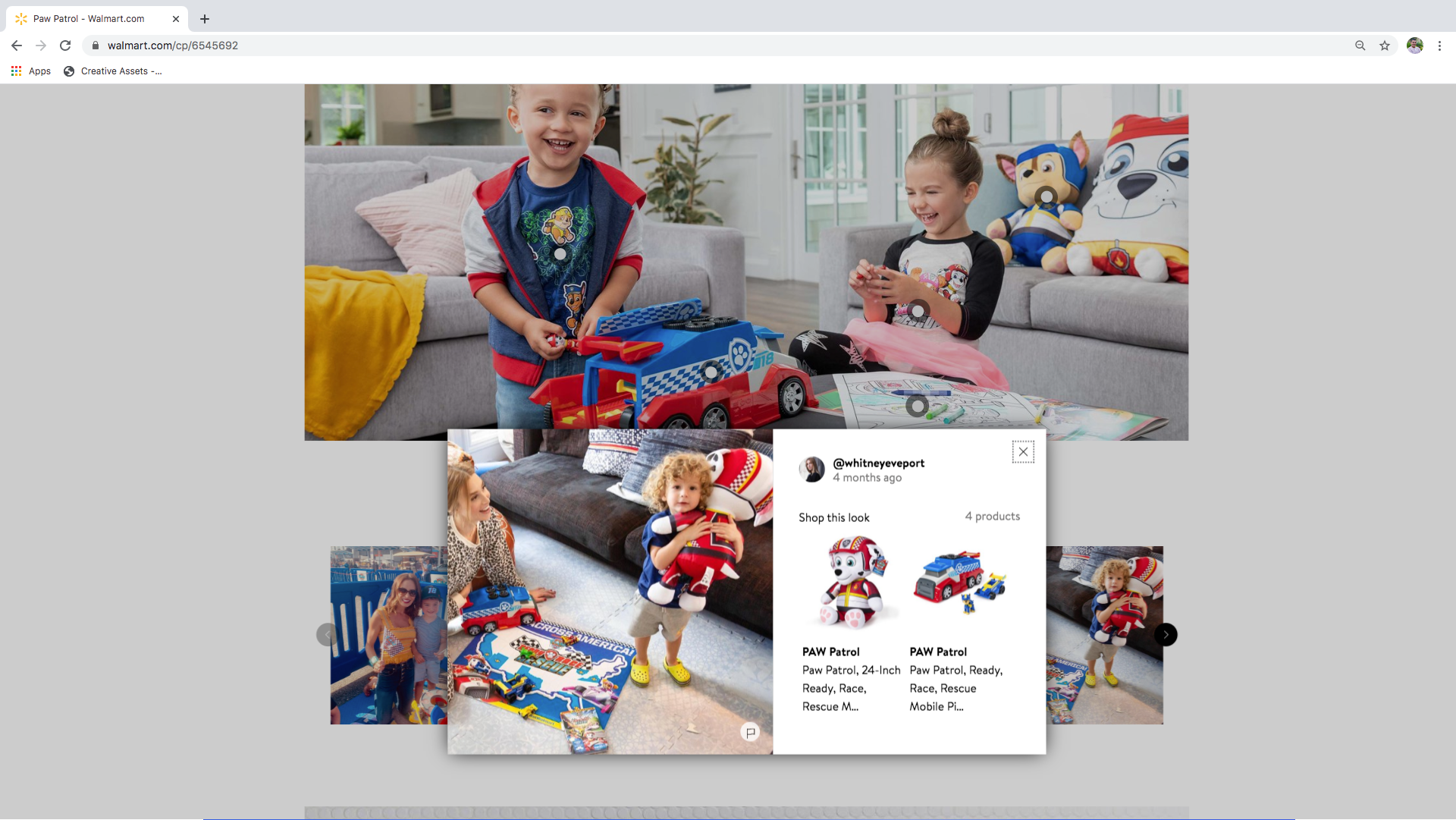 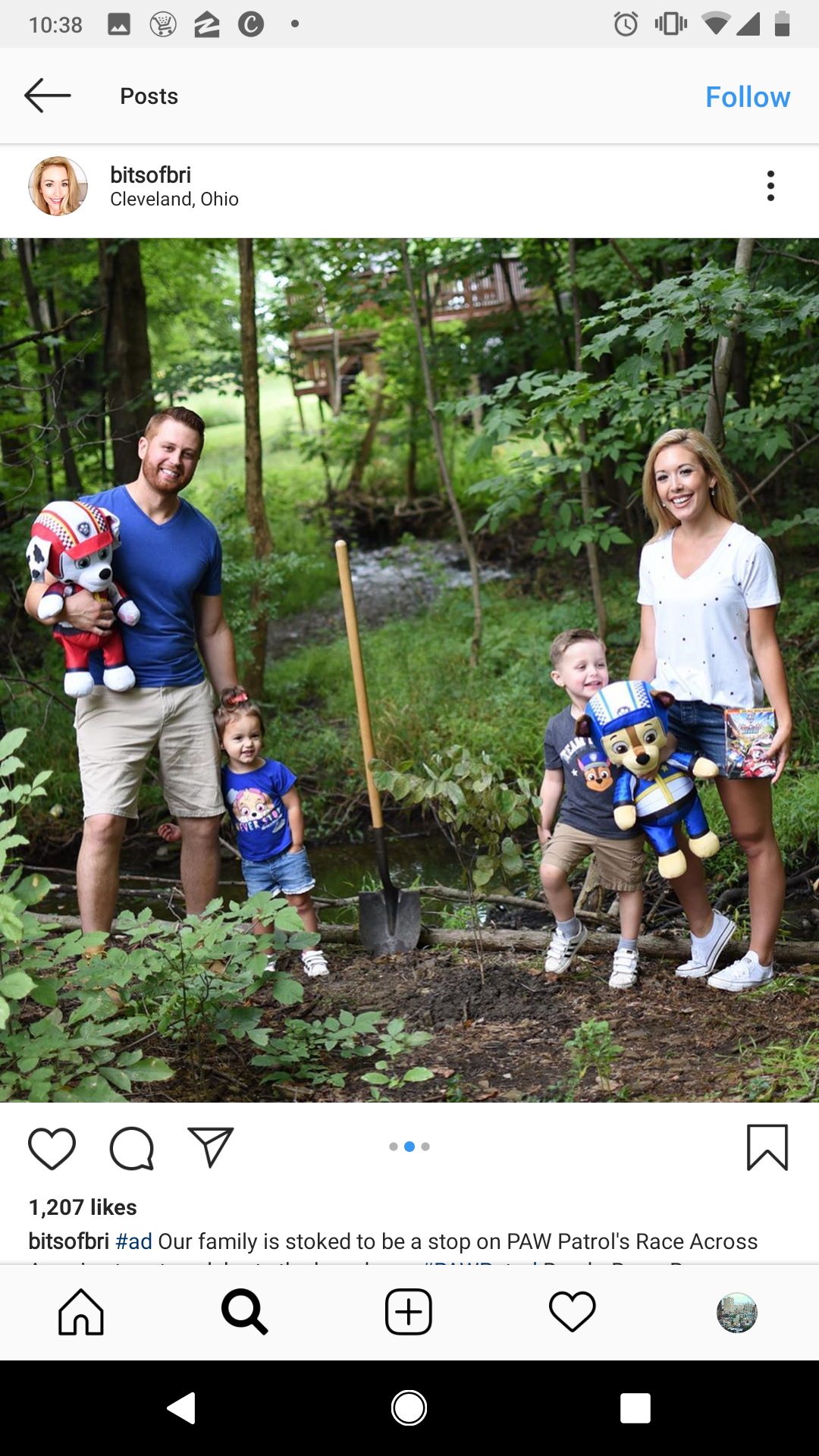 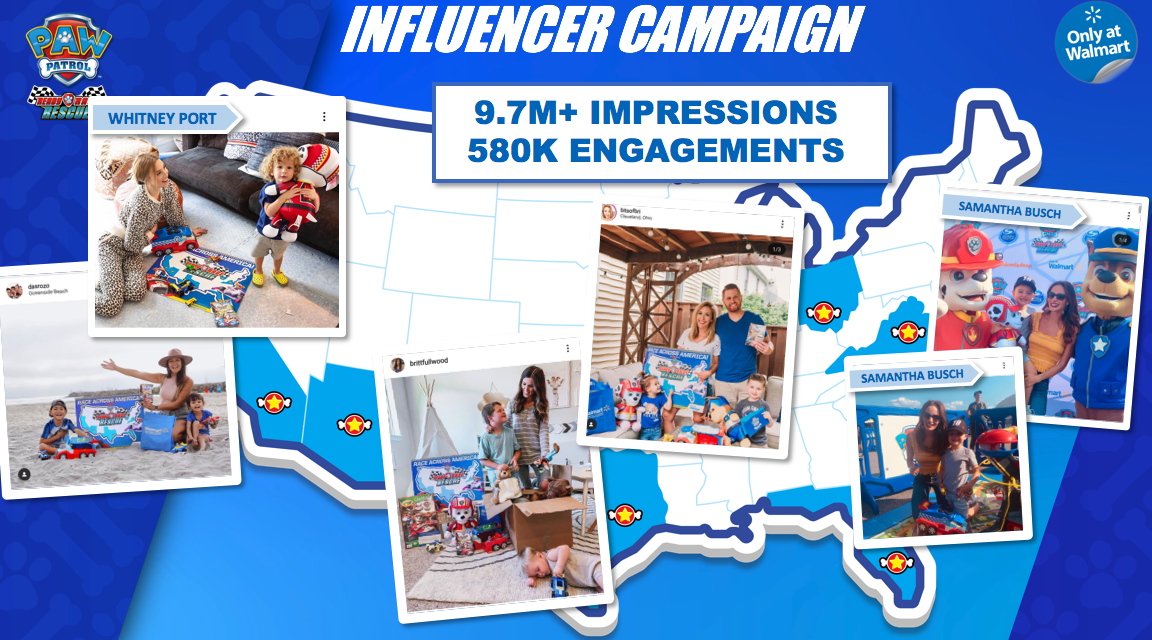 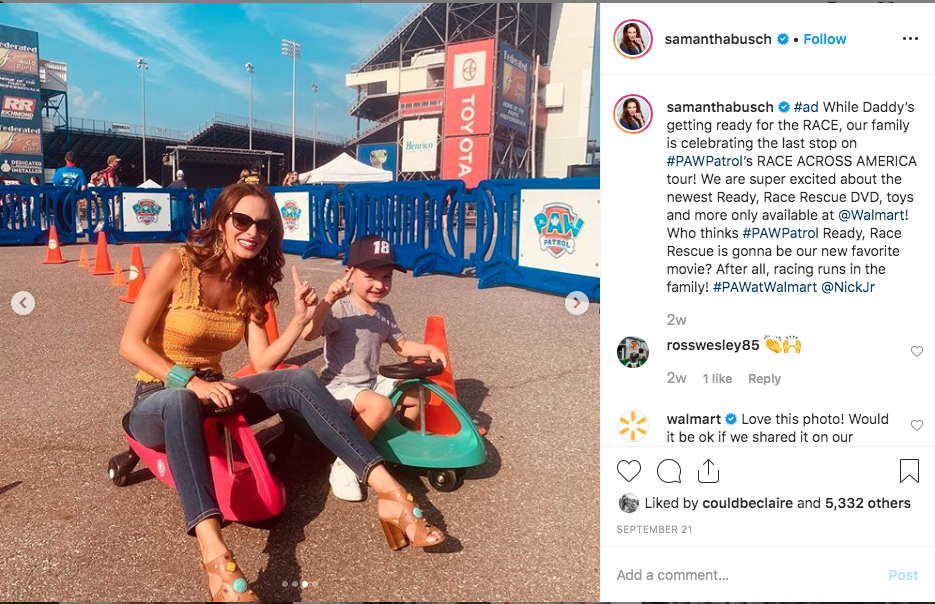 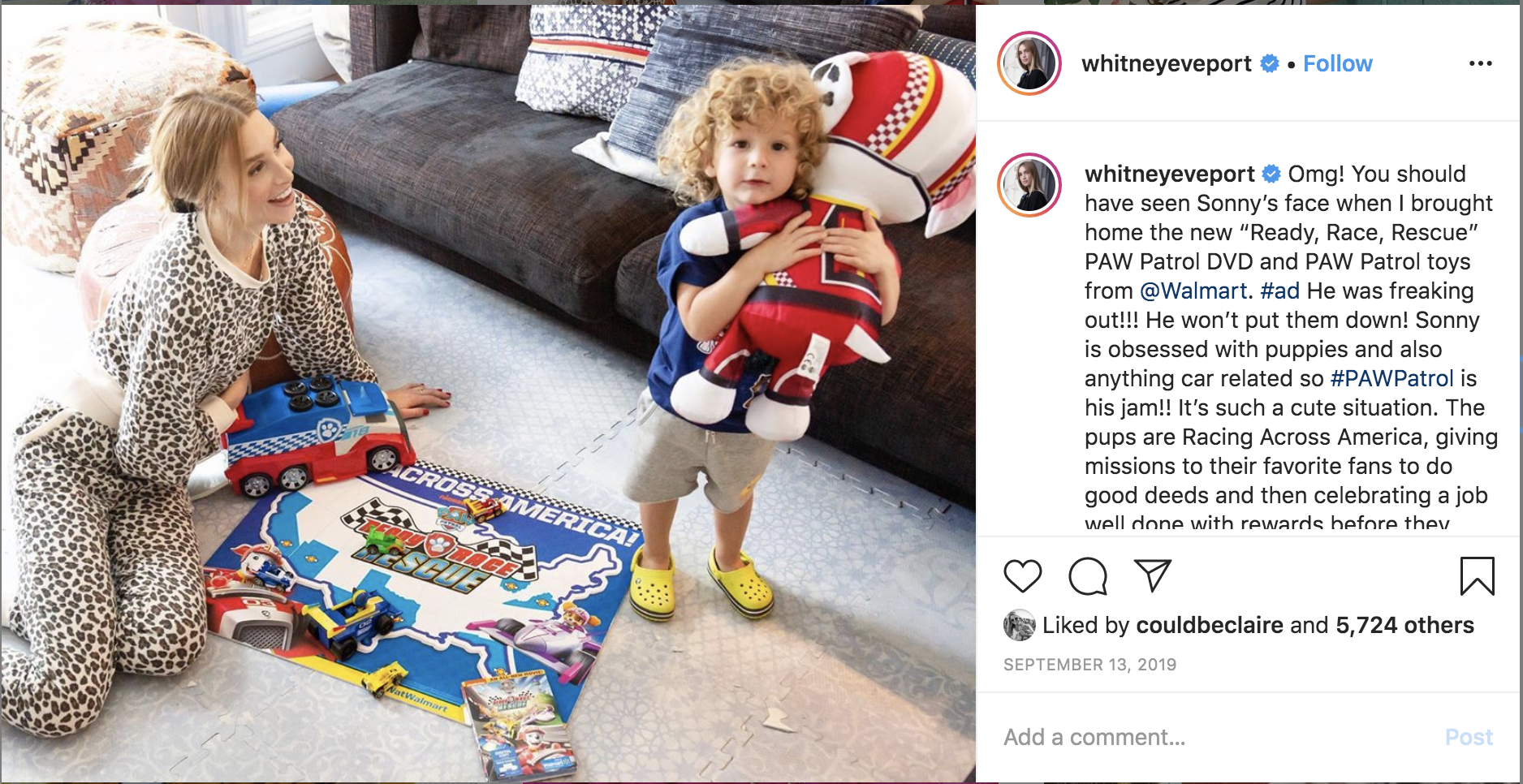 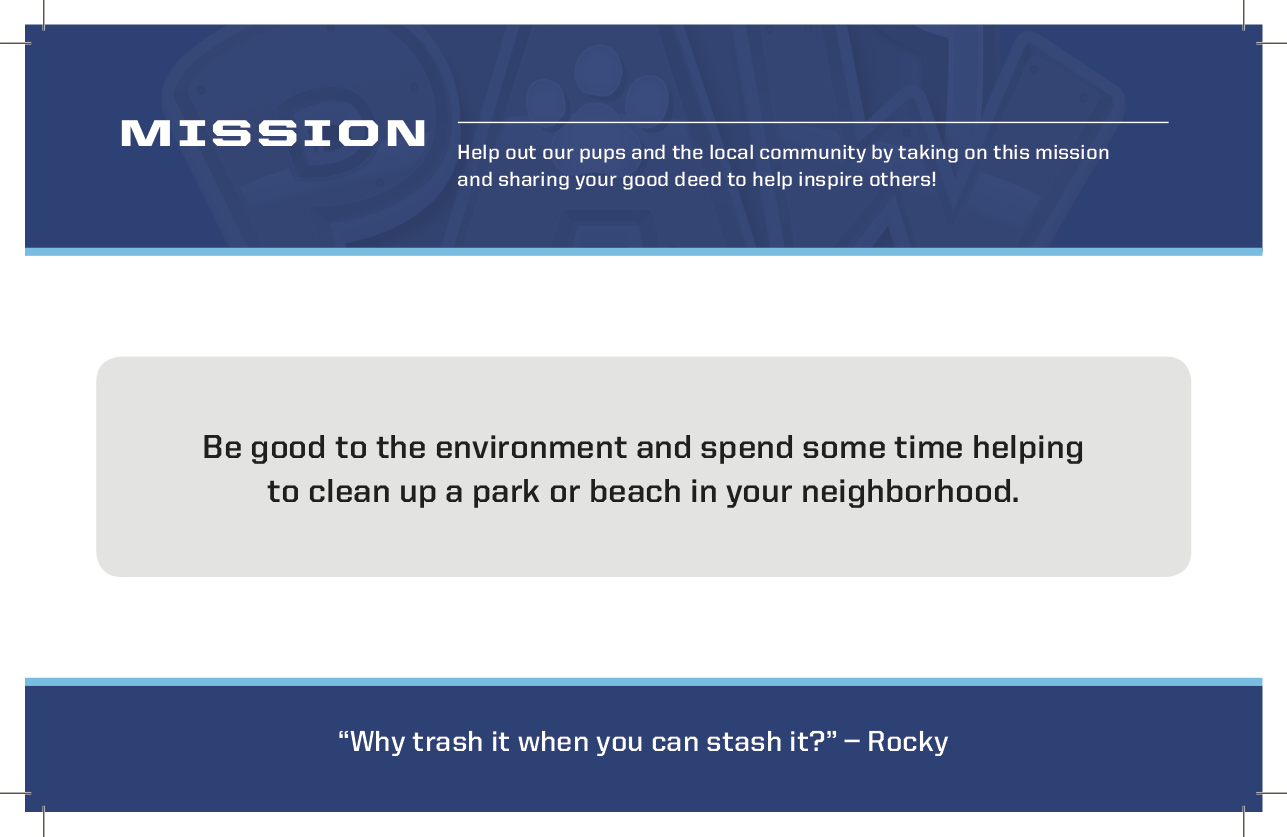