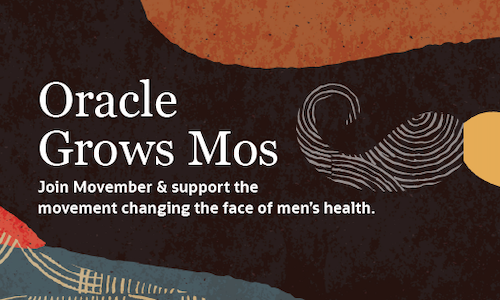 Every day, 90 American men die by suicide, and 73 American men die from prostate cancer. Movember is a nonprofit organization that started the “Movember” movement, which involves growing a mustache in November to raise awareness of men’s health issues, such as anxiety, prostate cancer, testicular cancer, and men’s suicide. The organization is using proceeds from marketing campaigns that run on Oracle Eloqua to fund new blood tests that improve cancer treatment for men.

The goal of the global Oracle Movember campaign was to drive awareness around Movember’s social cause, increase engagement from Oracle employees and followers, and highlight the Oracle customer story.

We developed a social media giveaway called #OracleMoContest across the corporate social channels to encourage followers to participate in Movember and challenge their peers to join the movement. Over one month, our objective was to work across teams to elevate the customer story and generate brand awareness for both Oracle and Movember.

For the Movember social movement, we leveraged existing relationships. Through the #OracleMoContest, our team collaborated with influencers, branded social channels, internal executives, and employees to reach a broader audience and increase engagement. Four #OracleMoContest winners would receive AirPods Pro. This incentivized followers and unique visitors to participate in the contest. Since many users participate in the Movember movement, we made it a simple process for users to enter the contest by tagging three friends and using #OracleMoContest. By tagging other users, we would be able to tap into broader audiences.

The Movember campaign kicked off with the #OracleMoContest on November 1st. Users would participate by posting a photo of their mustache, tag the Movember organization, tag three friends, and use the hashtag #OracleMoContest. As entries would be posted, we would re-share and engage with users.

We collaborated with influencers, branded social channels, and internal executives to be involved in a weekly “challenge” post. Every week, we published a “challenge” image and tagged three influencers, branded social channels, or internal executives to participate and enter the contest as well. This created organic conversation between our corporate channel and other users tagged.

In addition, we looked to increase employee involvement by implementing our employee advocacy platform, Champions. We used the Champions program to encourage employees to broadcast campaign updates to their audiences. We also engaged with employees at Oracle offices around the world and helped share their photos through Facebook albums and Twitter. To get both male and female involvement, we created fake mustaches to distribute at other offices for additional participants.

In addition to the contest, we leveraged an Oracle blog and the Forbes BrandVoice program to write a customer story around Movember. The customer story included a customer video that highlighted the Oracle technology that Movember uses to streamline their efforts.

On Twitter, we engaged with 3 branded channels, 2 executives, and 1 influencer in the technology space. Across all corporate @Oracle channels, the Movember campaign resulted in 1M+ impressions from 63 social media posts. We had 127K video views. 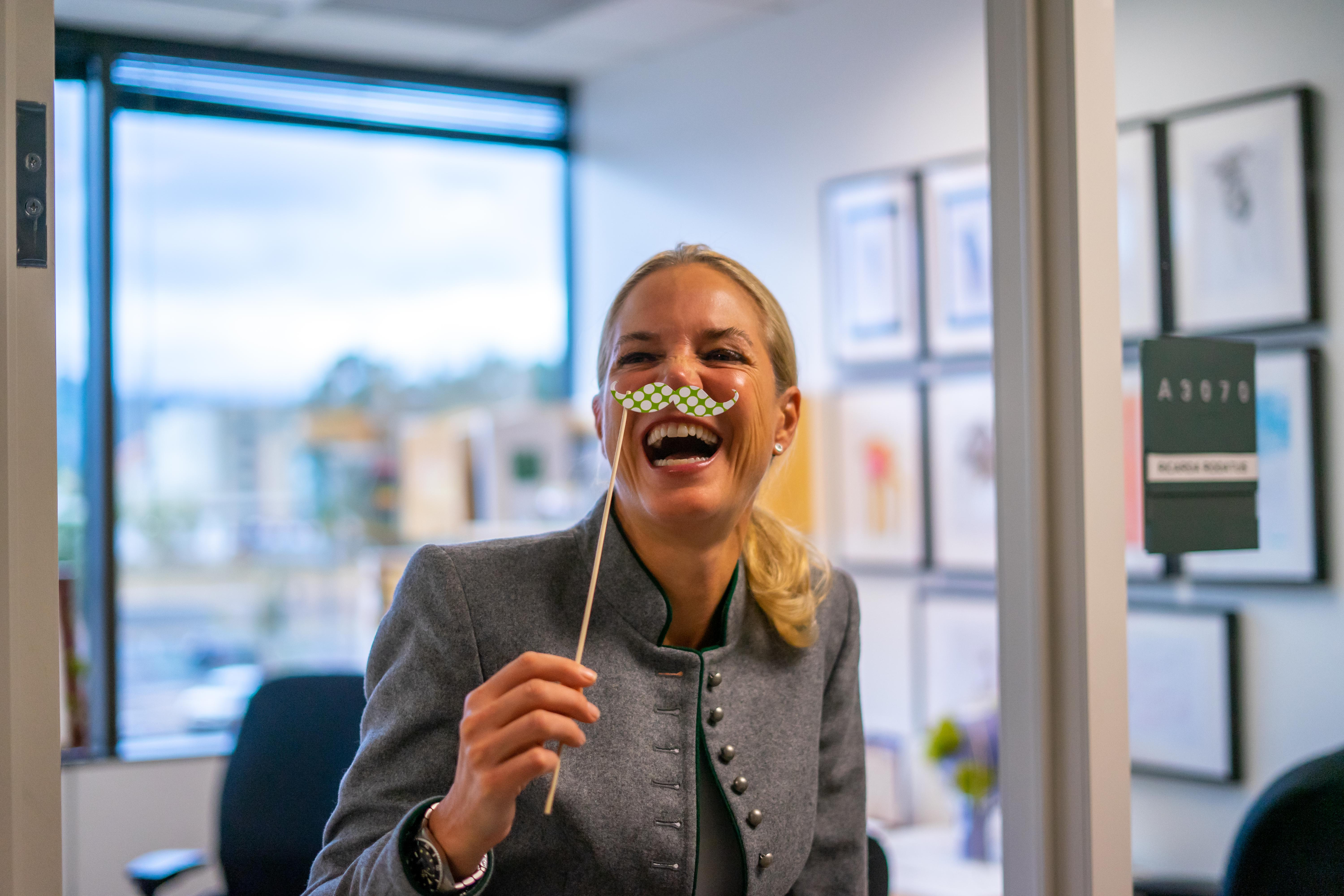 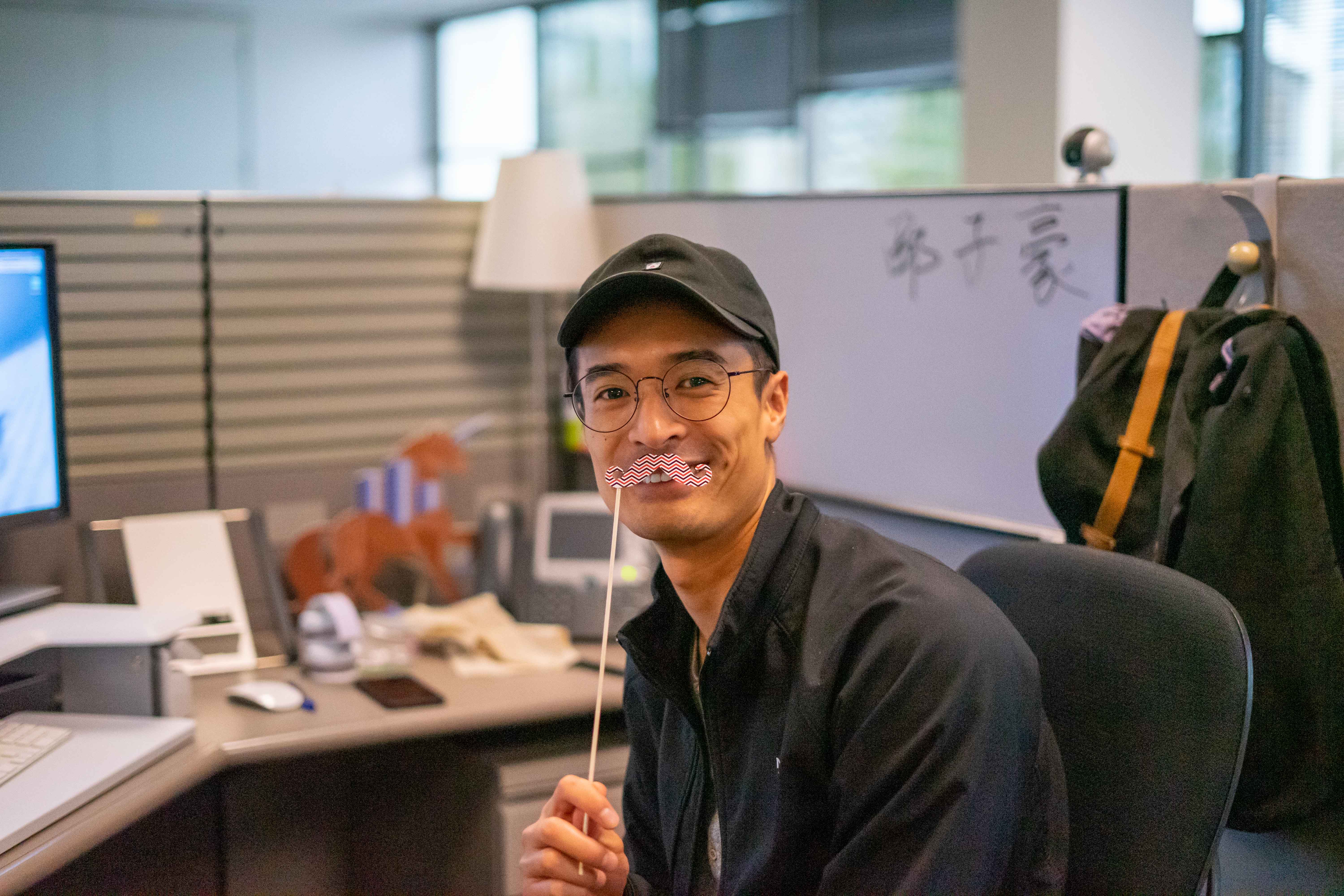 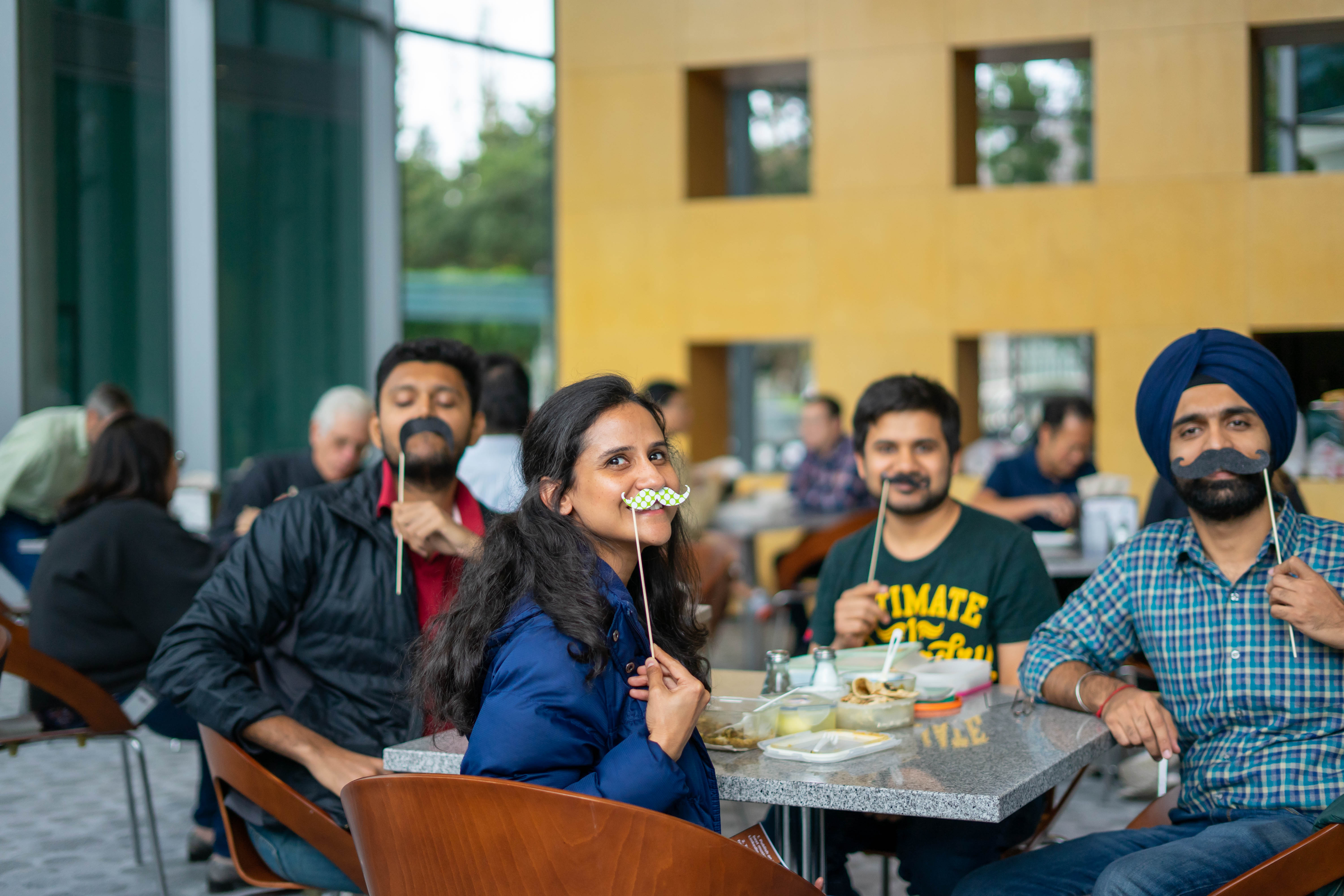 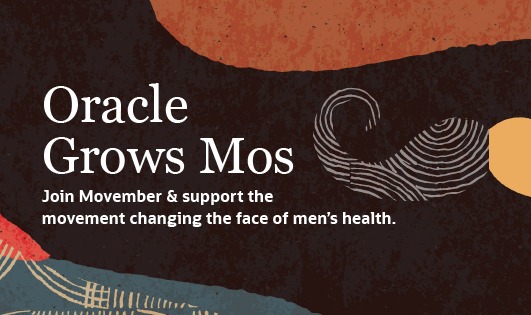 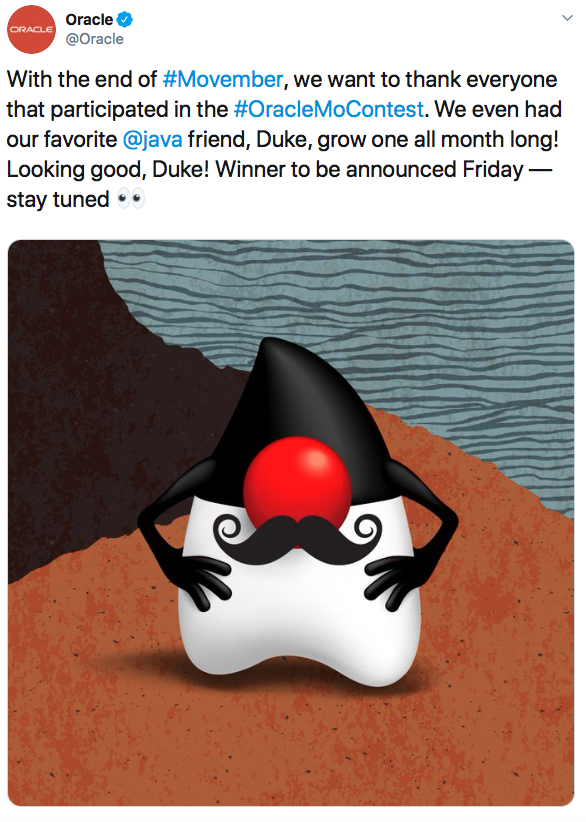 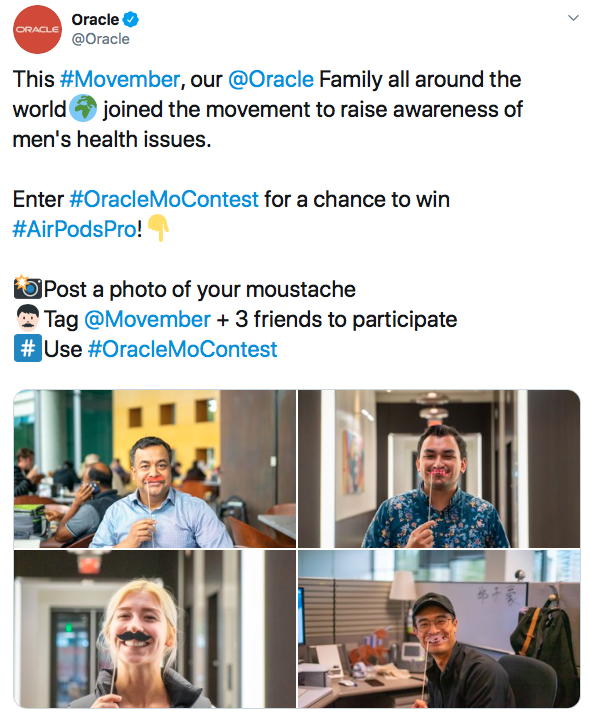 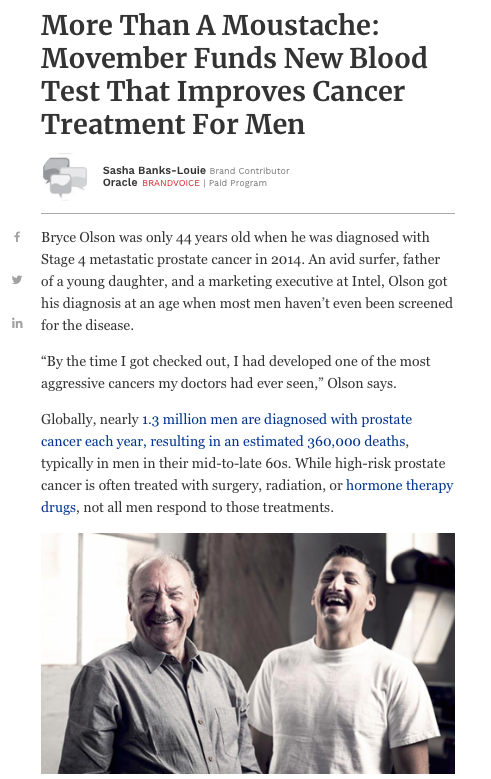