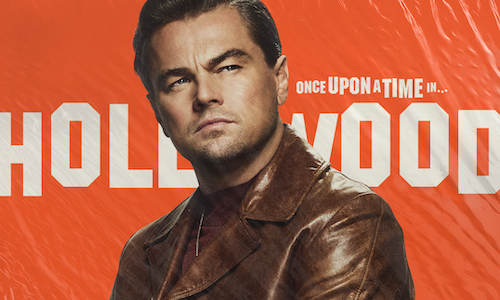 Once Upon a Time in Hollywood Magazine

Quentin Tarantino has a deep admiration for nostalgia and culture. For his latest film, Once Upon a Time in...Hollywood, he brought one of his most personal narratives to the screen, recreating a year that changed Los Angeles and pop culture forever: 1969. The film discusses fame, friendship, changing perspectives, politics, masculinity, and the looming terror of the infamous Manson family murders. All of these elements make the film special, and all of them in some way or another needed to be honored by the marketing campaign.

Knowing that Tarantino has built up a hugely dedicated fanbase over his career, we wanted to create an experience that provided fans with a deeper dive into this world, that sold the film on its star power and merits, fit into the filmmakers expanded in-world universe and felt authentic to the 1969 time period.

Our goal was to create something that felt both authentic to the 1969 setting of the film, while also feeling natural and engaging for fans in the digital space.

We decided to bring all these elements together in creating the Once Upon a Time In... Hollywood magazine site + print magazine.

Since the star of the film, Rick Dalton played by Leonardo DiCaprio, is a Hollywood celebrity obsessed with his own self-image, we decided to make the site in the style of a late 60s gossip magazine. This gave us the opportunity to showcase imagery and content in an authentic way, as well as include in-world advertisements and Easter Eggs that connect the film to Tarantino’s extended universe.

The articles are entirely in-world and original, derived from extensive research and direct communication with the Sony team. This made the content on the site not only feel authentic but also provide a bonus value to fans excited about the film, as well as people who had already experienced it and wanted more.

We gave fans early access to the storylines of some of these characters through in-world interviews written in the style of the time. We researched classic interviews from magazines like Playboy, Rolling Stone, and Life to make sure we were approaching them in a believable way. We worked directly with Sony and Tarantino’s team to make sure our copywriting was accurate to the screenplay, giving additional information that feels exclusive without spoiling or contradicting anything that happens.

We included articles fitting to the time period, including stories on Jay Sebring’s hair salon, and music reviews from tracks on the film’s soundtrack. A “Hollywood Classifieds” section was added to include more short-form articles and advertisements even designing print ads for Red Apple Cigarettes and Old Chattanooga Beer.

We worked hard to make sure the digital experience felt as natural and simple as flipping through a magazine, with subtle animation and fluid transitions that make the entire experience viewable with one continuous scroll.

Once the magazine site was live, custom videos and Instagram story promotions were created to drive audiences on social to the experience. On Instagram Stories, we created a mini-version of the magazine featuring swipe-up prompts to each individual article, allowing fans to browse the site from within the in-app browser on the platform. Social videos paid tribute to the popular style of subtitled social media news articles, teasing the content on the site and prompting fans to visit the URL.

This method of digital promotion helps to combine digital and social seamlessly. Uniting the style of the site with the style of the social campaign makes the swipe-up prompt feel like a natural extension of the social media experience, using the in-app browser as a way to keep people in the app without any need of intrusive link-outs or URLs.

As a companion to the film, we created a physical print run of the magazine to be handed out at the premiere and at screenings across the country. Thousands of them were handed out, fans were thrilled to receive a unique companion piece. They even started popping up on eBay as a commemorative item.

We were told that Quentin Tarantino said that our magazine is required reading, and many fans took to social media, sharing pics of their magazine as proof that they made it out to the theater on opening weekend. This took the activation full circle, proving that a physical handout can still make it to social media as long as there is an element of “bragging rights.” It also drove people who didn’t have access to the physical print to check out the online version.

In the end, the site was a fantastic addition to the pop culture phenomenon that went on to become one of Quentin Tarantino’s most successful movies of all time, and one of the year’s most talked-about films. The site adds an extra layer of a story for fans and gives newcomers a little sneak peek of what’s to come in the film. Overall, it was exciting to step into Tarantino’s world for a while and relive the summer of 1969.

- 5k were printed and distributed at the LA premiere

- 100k printed and distributed to theatre chains in America, Canada, and Australia

- In the US, were used with locations that opened 35mm & 70mm as well as the larger regional theatres in the country

- From one of the partner theatres "Most locations are out of the magazines and want to do a 2nd-weekend push".

Video for Once Upon a Time in Hollywood Magazine 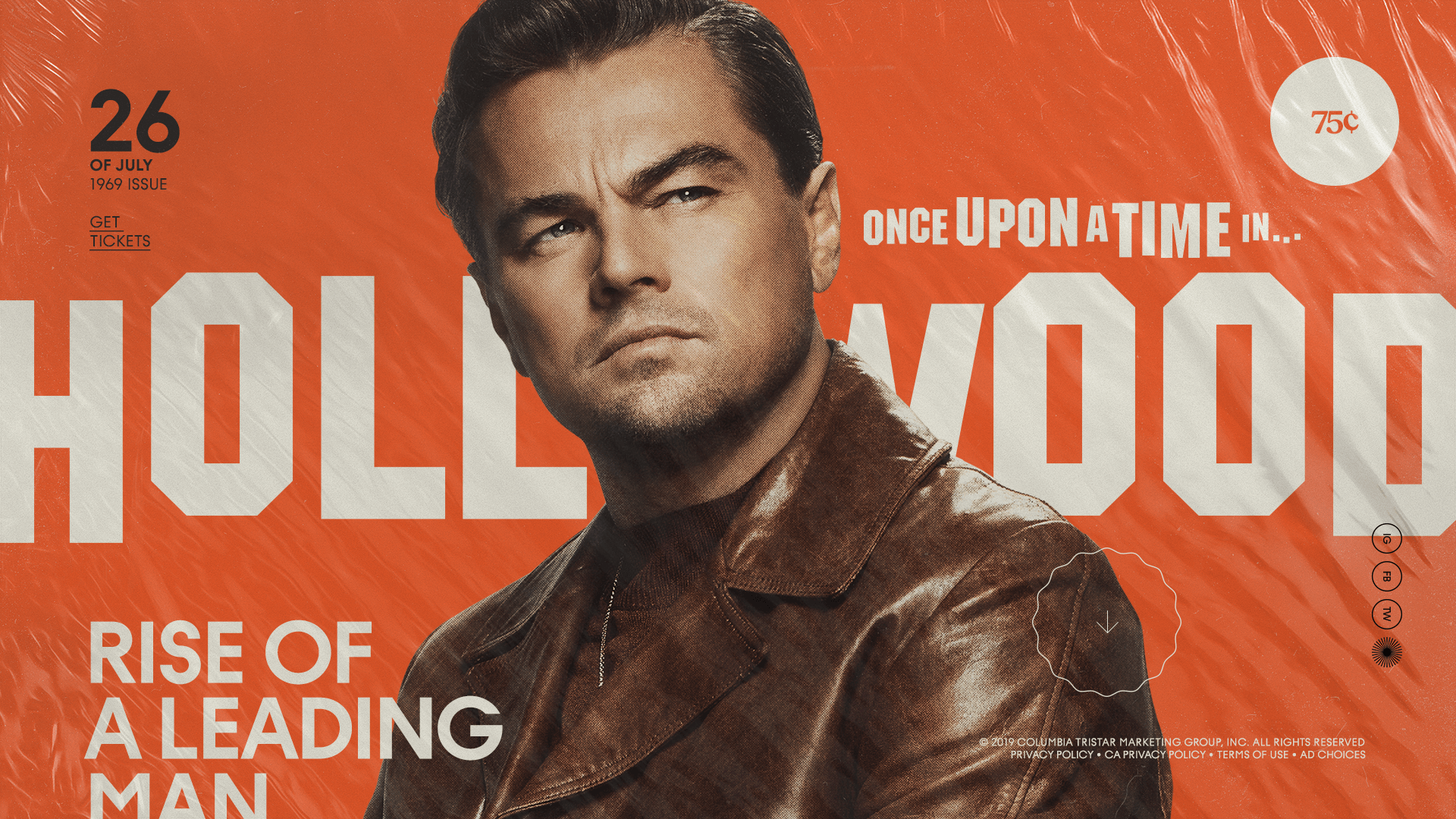 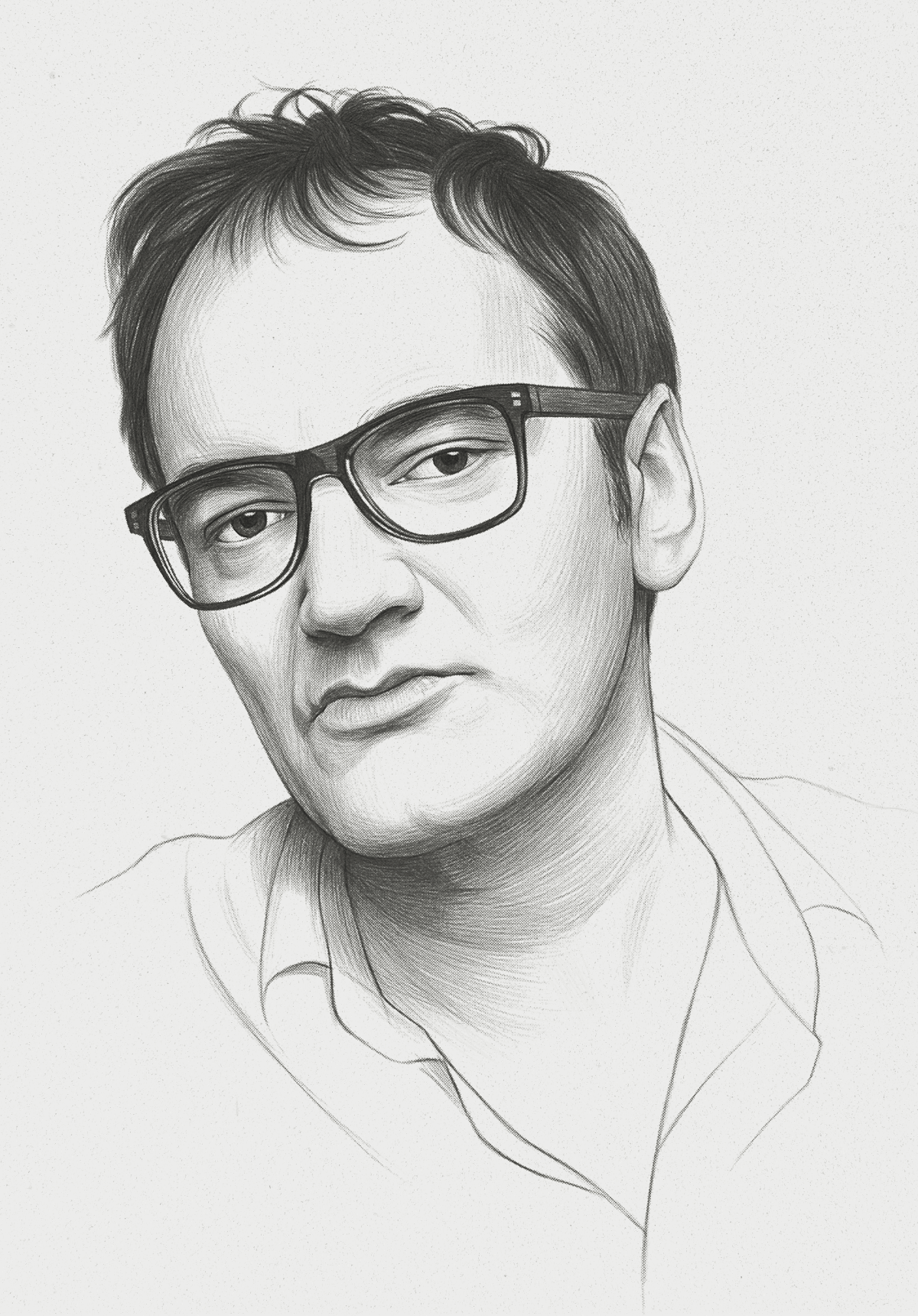 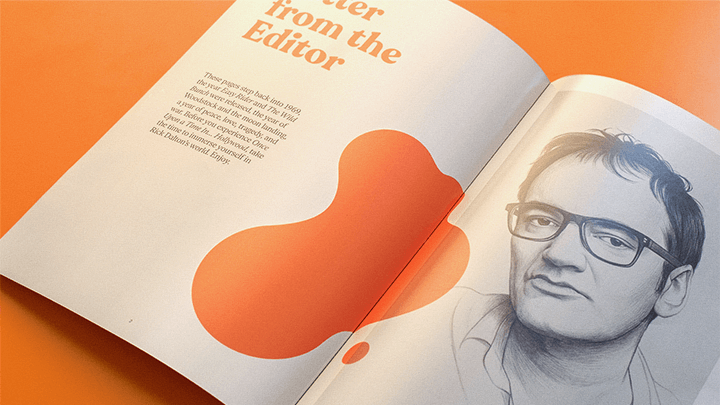 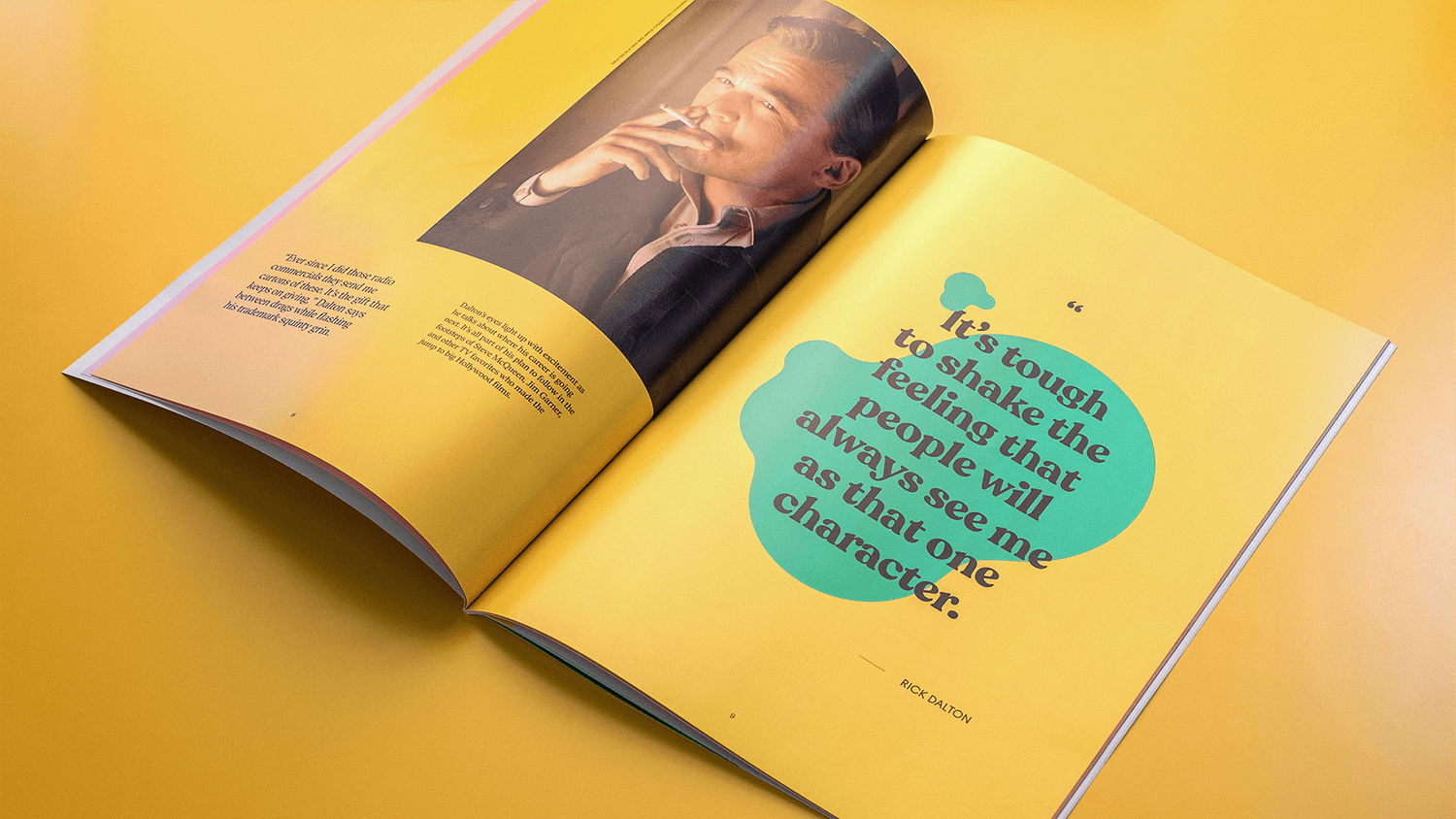 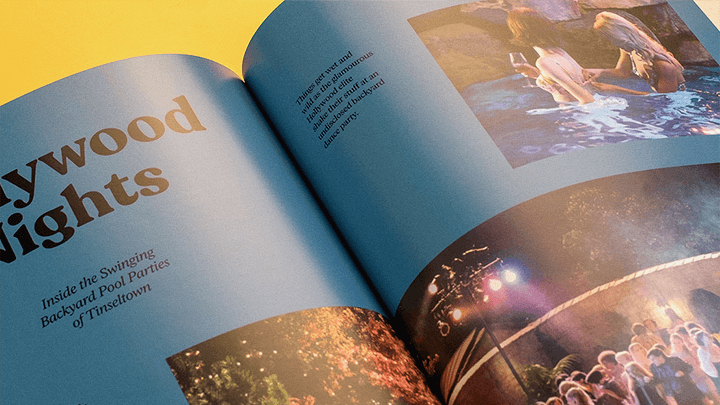 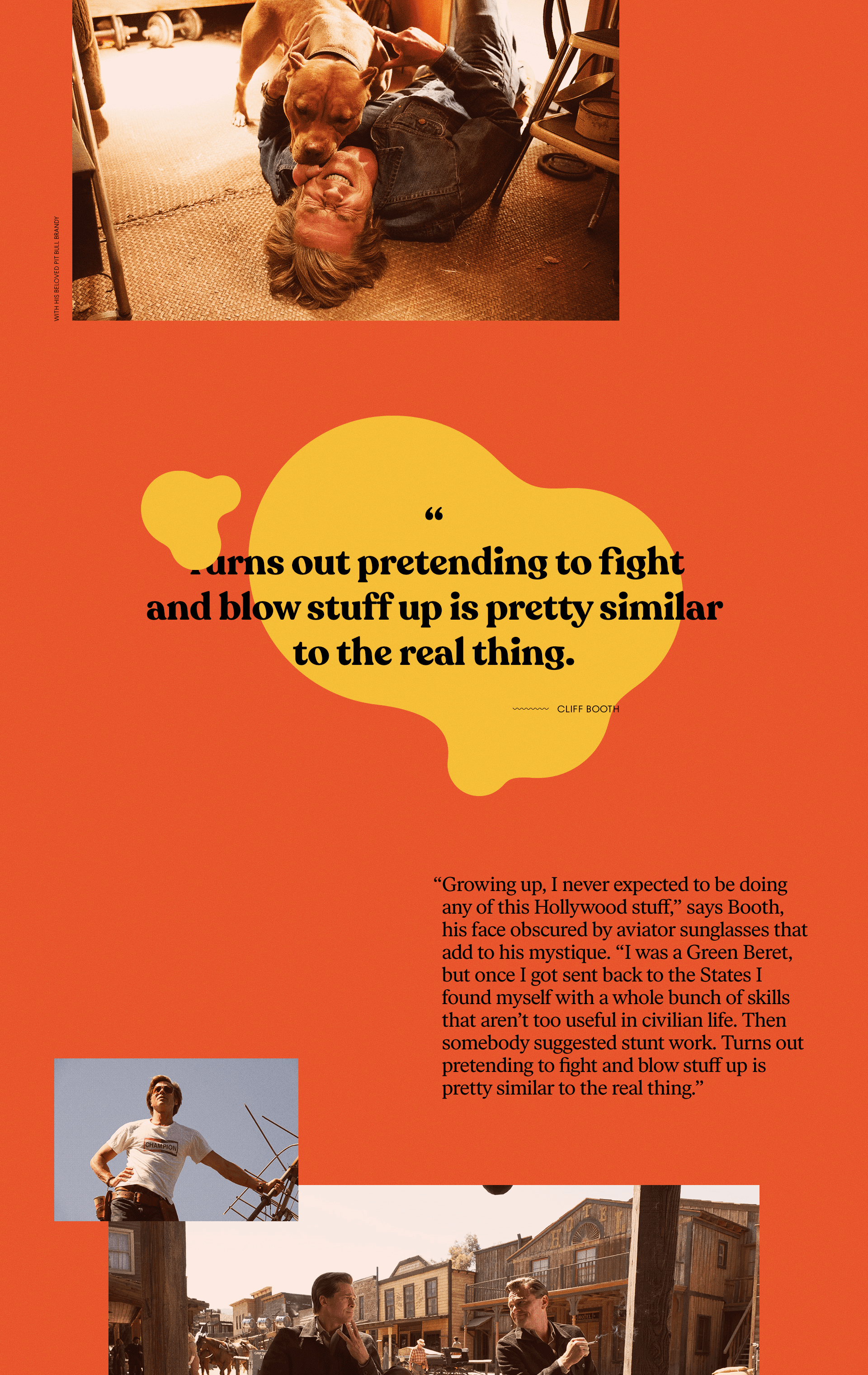 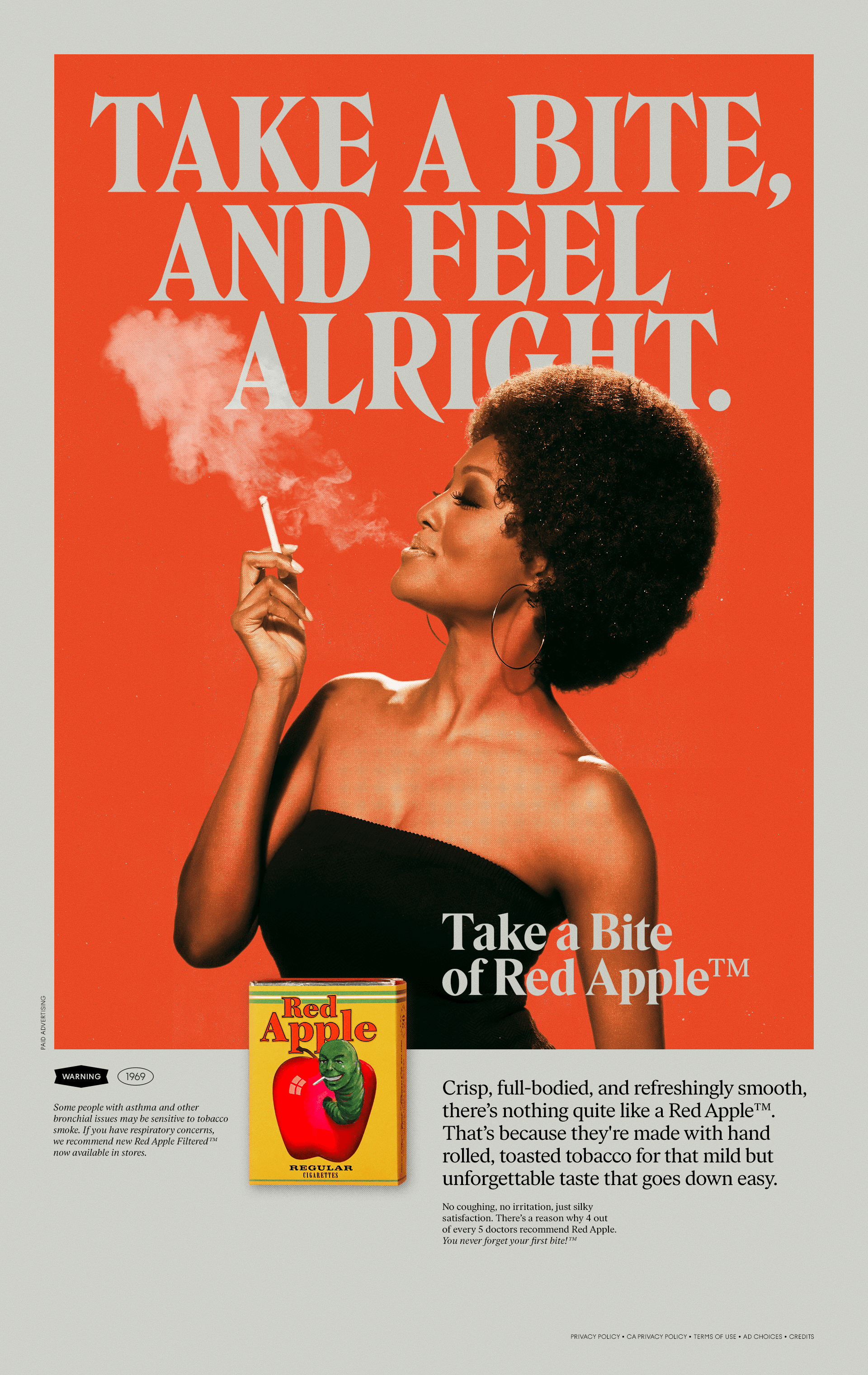 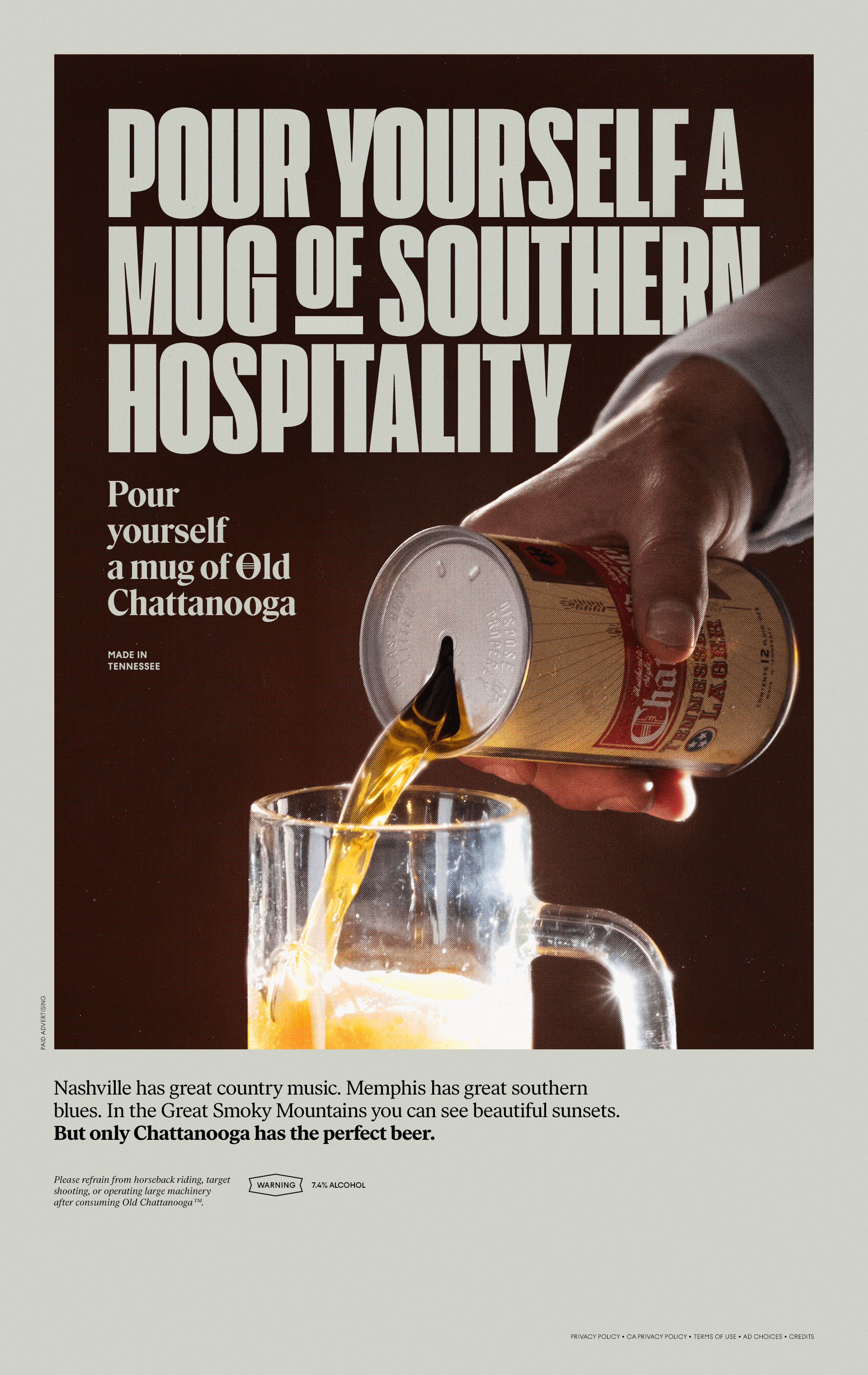 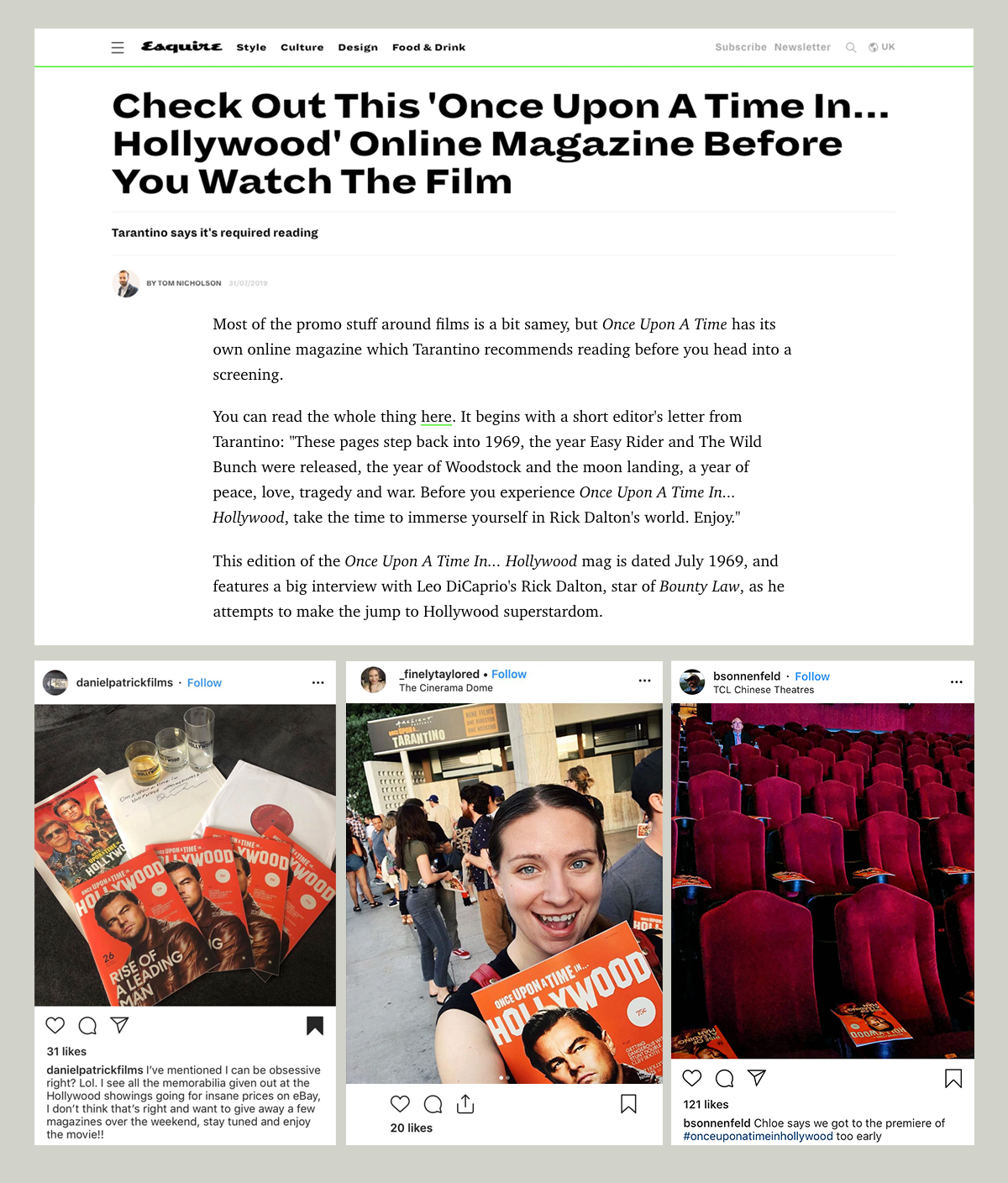 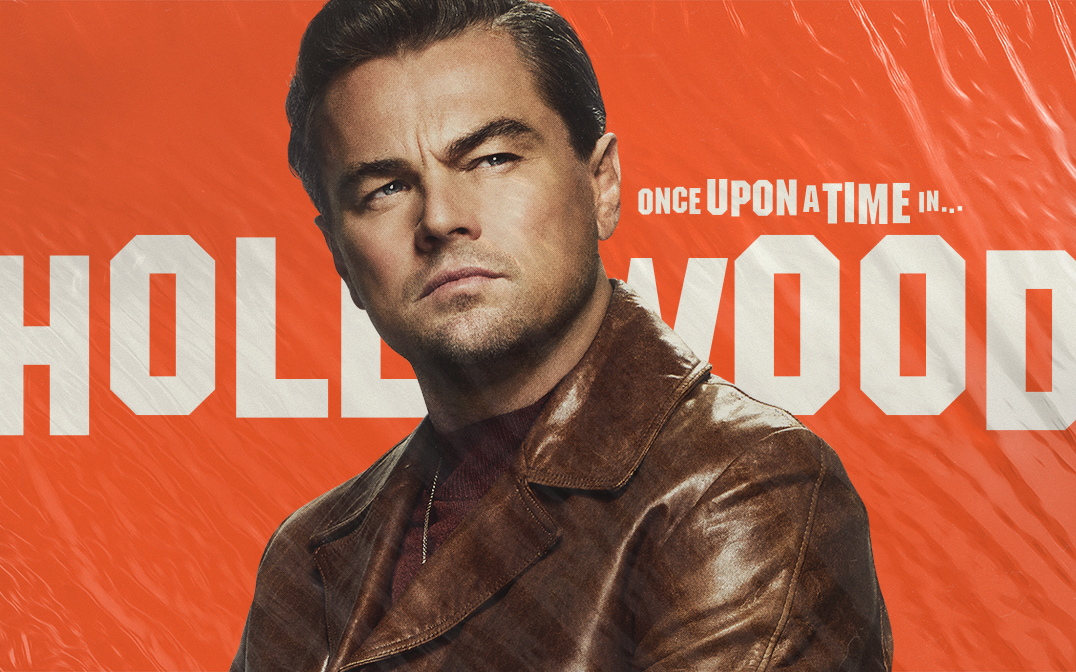