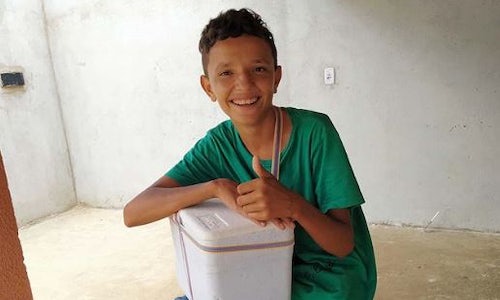 Sucesso no Fracasso - Success in Failure

In the virtual world, where everyone wants to portray a good image, would anyone risk sharing a story in which things didn’t work out? The truth is yes. In an experimental project, Record TV, the second largest television broadcaster in Brazil, in partnership with Facebook News, left its comfort zone to tell stories in a different format than usual and found a challenging path, but with good results.

Far from the traditional method of making TV - in which we are experts and awarded-, we planned and created the series O Sucesso no Fracasso (The Success in Failure) exclusively for Facebook. Since capturing images, which was adapted to web and mobile formats, to the posts in our pages, everything was designed to forget our television language and involve the user in a digital experience totally different from what we usually produce.

The series was recorded with cell phones, Gopro and Osmo and edited specially for the platform users. The stories were guided by the interviewed (and not by a reporter) and the subtitles were designed with the purpose of the audience understanding the video even without audio, with the support of emojis.

Altogether, there are four stories of people who faced a situation of failure, but who were positively surprised, proving that, in fact, good news generates engagement and awakens people's empathy in real life.

It was the first time that Record TV made an action totally focused on Facebook. Despite our strong presence on social networks and in the internet as a brand, it was with the series O Sucesso no Fracasso that we specifically ventured on this platform. The results, as we will present below, went beyond what we expected and showed that we were on the right track.

The stories we tell, in itself, have an important message about empathy. What we did was to make space for this good news to gain prominence and reach a larger number of people. In all, we recorded 8 million impressions in our content and, with each publication, hundreds of people felt comfortable telling their own similar stories in the comments, generating engagement.

We also understand the impact of digital actions in the real world, since all the stories happened in the real world. In these 4 situations, Facebook was a tool for transmitting good news and we were the ones who tell these stories

The idea of ​​humanizing virtual relationships has yielded good results for us. Altogether, adding the 4 videos published in the 11 profiles managed by Record TV, we recorded a reach of more than 7 million and almost 8 million impressions.

The third and fourth videos were published on 11 of our pages and the numbers were the highest. In the third, we had reach and impressions both over 1 million, in addition to more than 93,000 engagements and 81,000 clicks. We also had more than 3,000 shares. The fourth and final video had the best performance ever. The reach was over 4 million, more than 5 million impressions and more than 17 thousand shares in the last video of the series.

The data is provided by Facebook analysis of the 11 pages managed by Record TV.

Video for Sucesso no Fracasso - Success in Failure 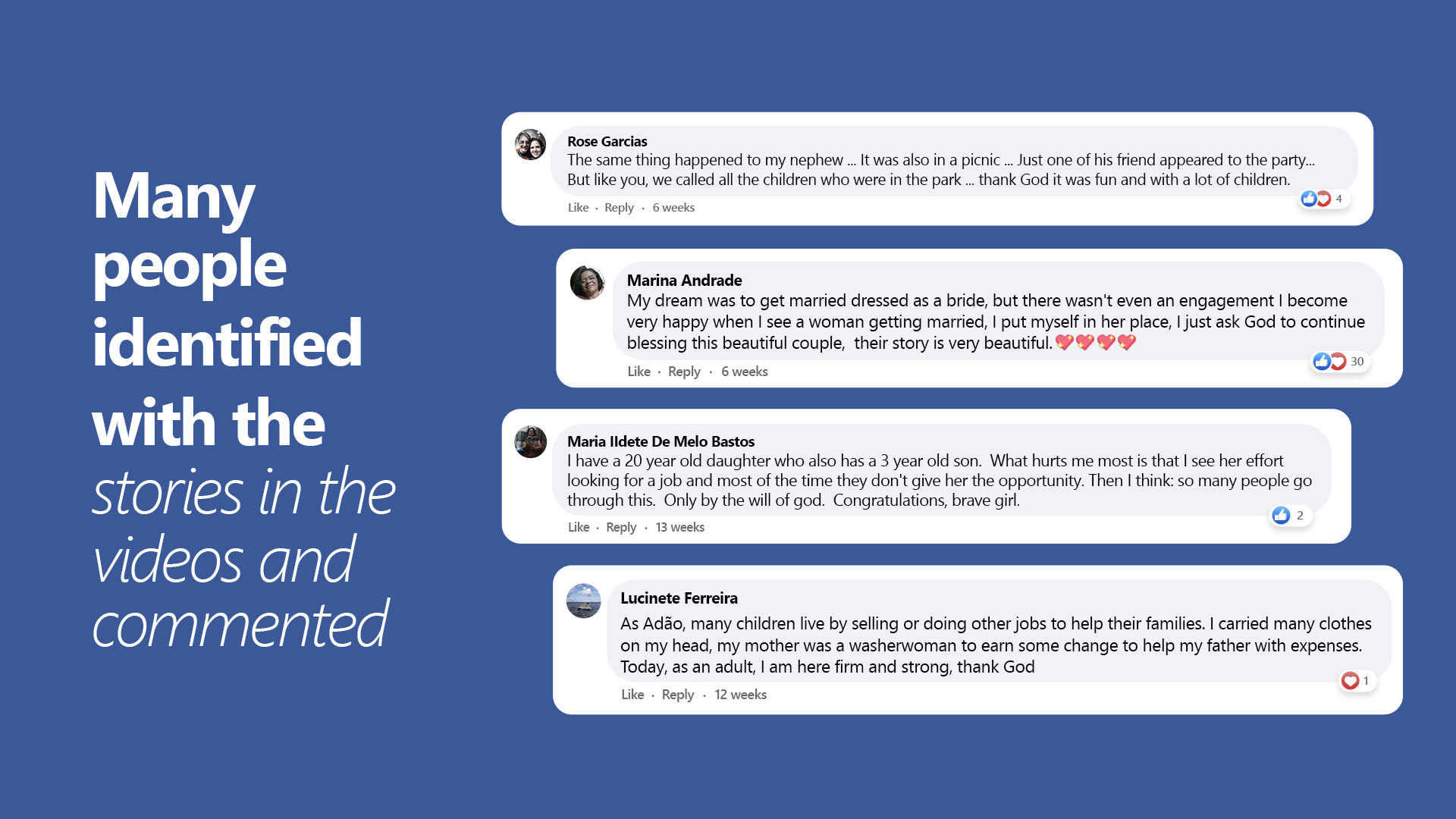 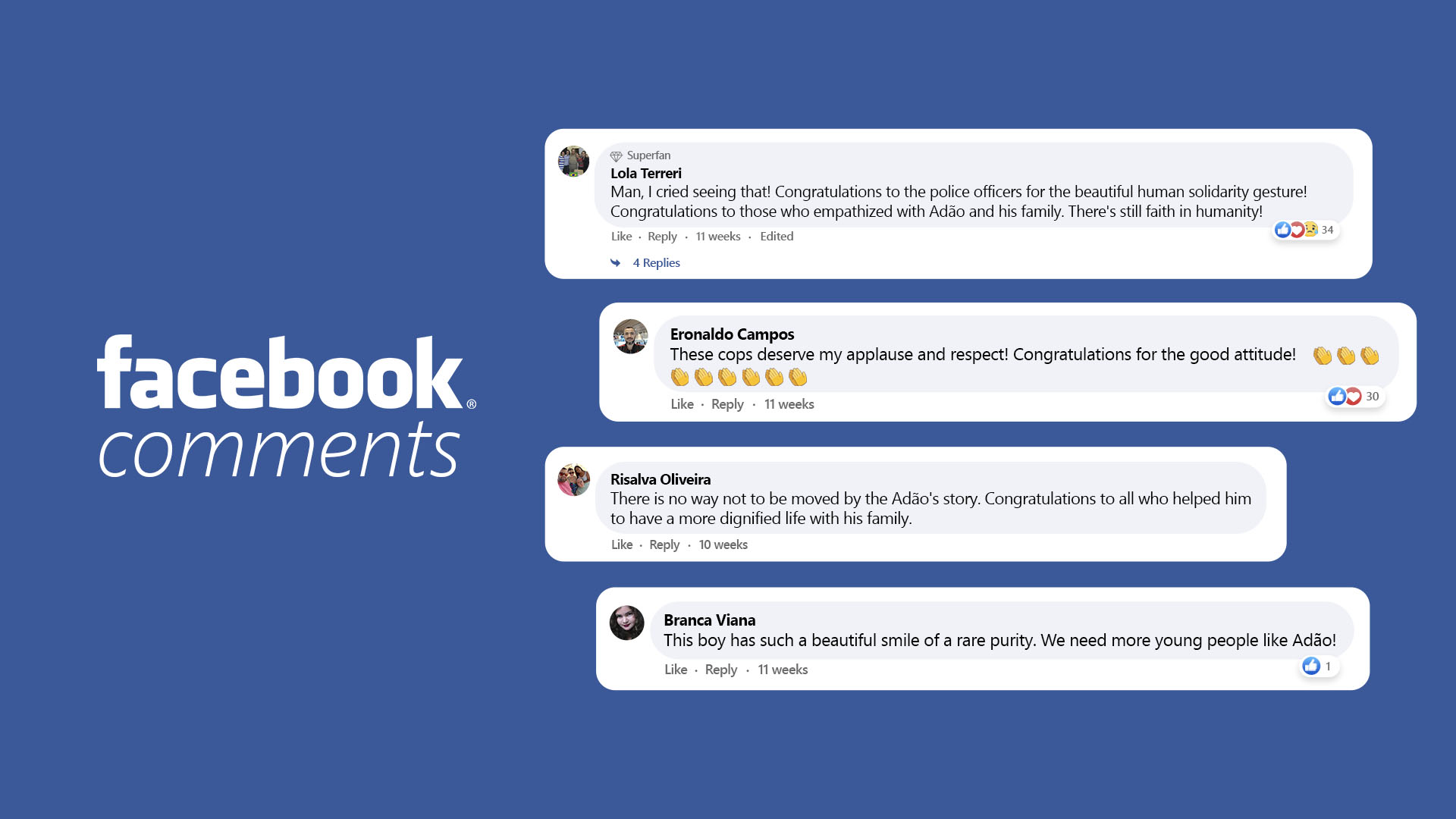 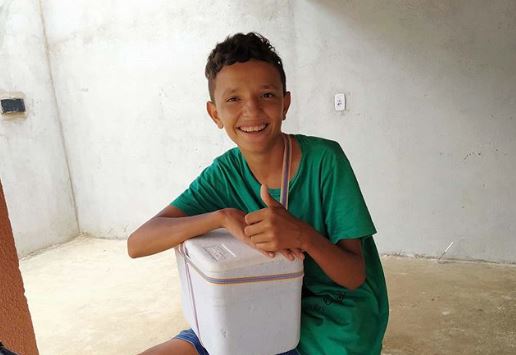