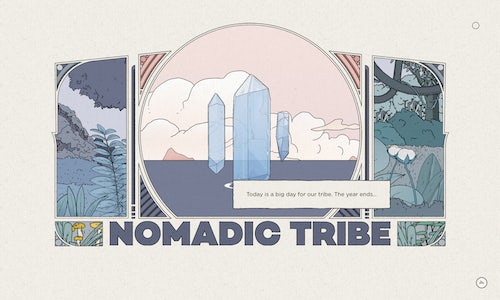 Back in the Summer of 2018, when we started to plan our makemepulse 2019 wishes, we already knew we wanted to create a project for the love of creativity and technology. We wanted to challenge ourselves to create something we were really proud of, and if we’re honest, have some fun with design and the technological gimmicks we hadn’t always been able to implement in other projects.

The brief was very simple: Make it creative. Tell a story. Make it amazing.

Our story is about a mysterious tribe living in total harmony with nature on an exotic archipelago of far-away lands. The tribe leads a nomadic existence by flitting from one island to another each new year carrying out their duty of healing the ecosystem and restoring it to its former glory. Every new year, they bid their farewell and flew towards a new land to begin the process again.

Once we had settled on our story, we began the search for our inspiration. We were in awe of the amazing comic artists who had such talent in creating rich and colourful worlds with deep stories and interesting plots. We were already fans of Jean Giraud, aka Moebius. Moebius was a comic book artist who combined blinding speed with boundless imagination. We also took inspiration from 'Spirited Away' by Hayao Miyazaki from Ghibli Studio, it related to so much of what we had in mind

We started gathering the visual references going from Island, to tribes, to plants and even to birds. We began sketching some shots and concepts, some scenes over and over, slowly but surely setting the style of the project which ended up with 4 scenes: The Flower scene, The Island scene, the Sea one and the New Land one.

The standout feature of this project is without a doubt the art direction. We often have the conversation in the makemepulse studio that these days, many WebGL creations tend to look alike, and we see work/creations that are shifting toward a merged style and trend. We wanted to aim for something different and new: a comic book inspired outlined 3D render style. Technology is evolving so fast that projects that only use technology as it’s main attraction will become outdated in a year or so, whereas projects with a real visual direction naturally have longevity and will resonate with the audience, inspiring emotions.

FWA Site of the Month

FWA Site of the Year

AWWWards Site of the Month

AWWWards Site of the Year 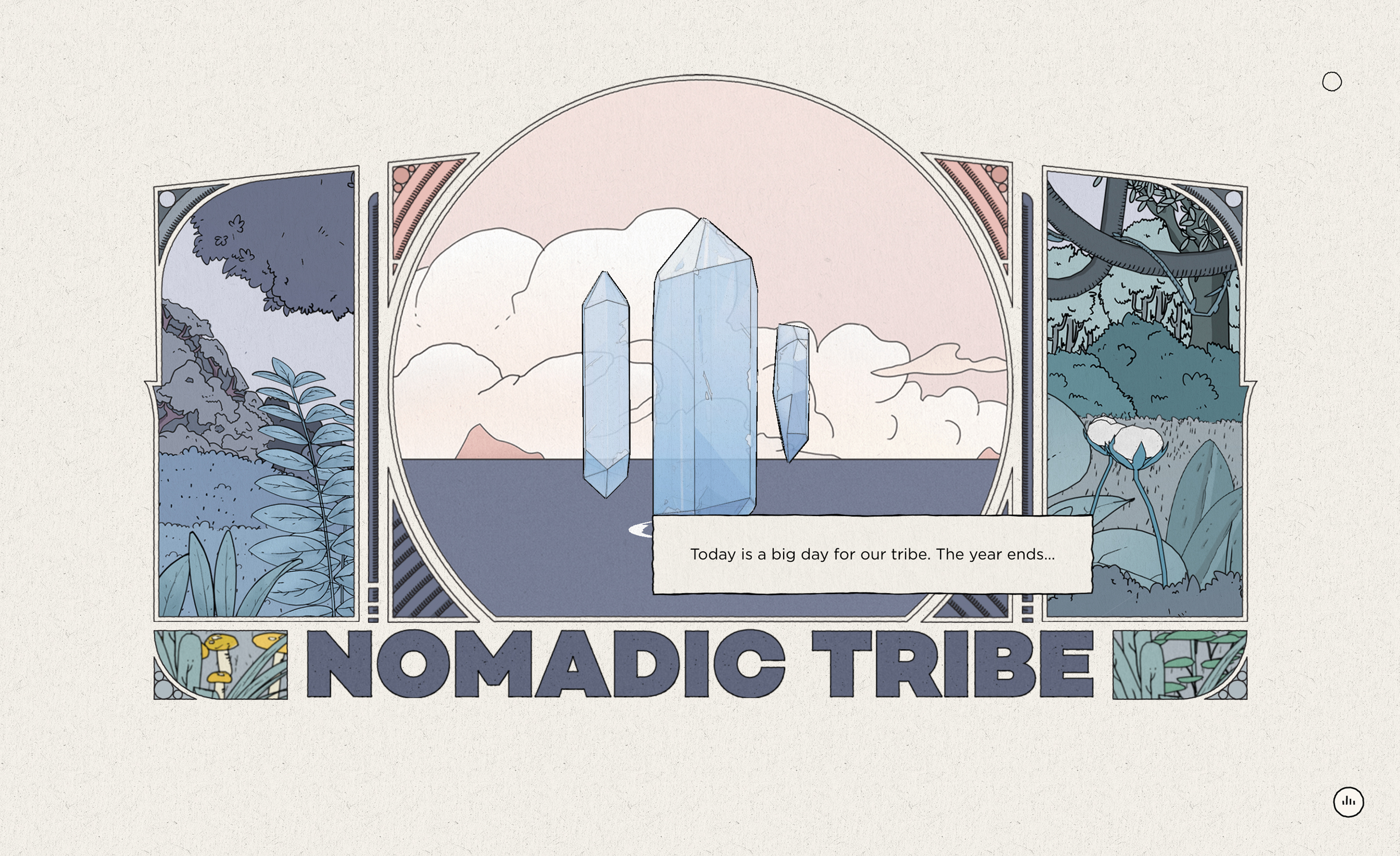