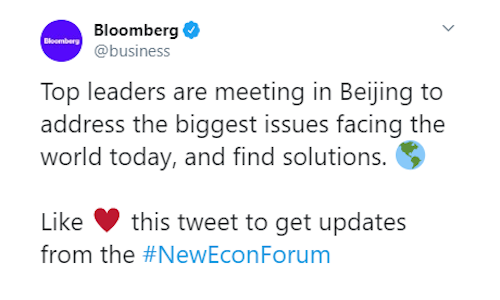 Twitter feeds move quickly, and news can easily get lost. But what if we can deliver news straight to our followers on topics that interest them?

Our team wanted to innovate the way we send information. So, in this campaign we aimed to highlight the Bloomberg New Economy Forum in a more personalized way, specifically geared toward our Twitter audience.

The main goal: inform users of big updates from the live event in Beijing, which took place November 20-22, 2019. More than 500 world leaders and global CEOs from 45 countries were there, so we also aimed to feature these top names in business and politics while increasing our engagement around the event and our number of followers.

Bloomberg partnered exclusively with Twitter, becoming one of the first newsrooms to use this "like for updates" functionality.

Users could simply "like" a special tweet to subscribe to key updates from the event. People who signed up would then receive updates in their Twitter notifications. They could opt-out at any time, offering much-desired flexibility and a good user experience.

During the event, our team pinged these Twitter subscribers with the most notable moments from our exclusive forum. This included breaking news on China’s chief trade negotiator Liu He saying he was “cautiously optimistic” about reaching a phase one deal with the United States, Microsoft co-founder Bill Gates telling us that countries with open systems will win the race over artificial intelligence and a warning from former Trump adviser Gary Cohn on the risks of a fractured global economy.

We sent 11 broadcast alerts in total around the forum. Each notification included a video or a photo, used the hashtag #NewEconForum to drive the Twitter conversation around the event, and linked back to a blog on our website so people could follow live updates.

We're one of the first news organizations to use this functionality to deliver updates on Twitter.

In a 10-day period, more than 6,300 users signed-up for these special alerts and our @business account grew by more than 31,000 people. Interactions were also up by nearly 20%. Videos tweeted as part of the campaign got nearly 1,000,000 views in total.

Twitter highlighted our campaign during a presentation for news publishers in London, praising it for being "amazing" and "innovative." 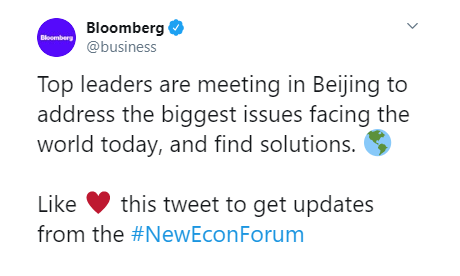 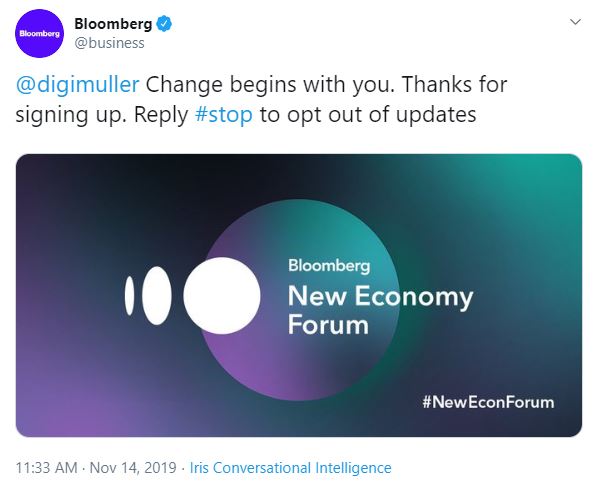 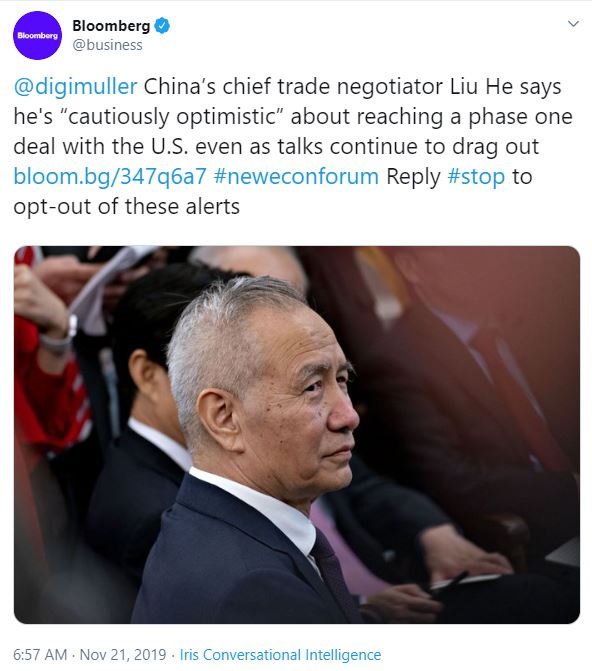 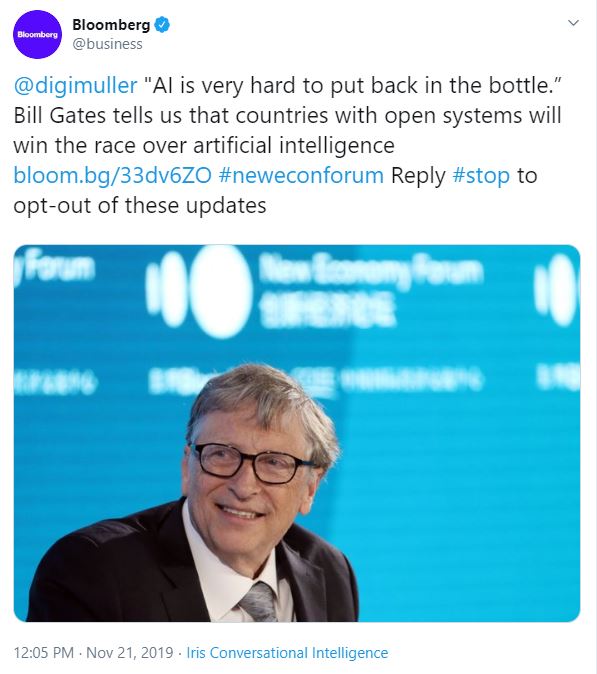 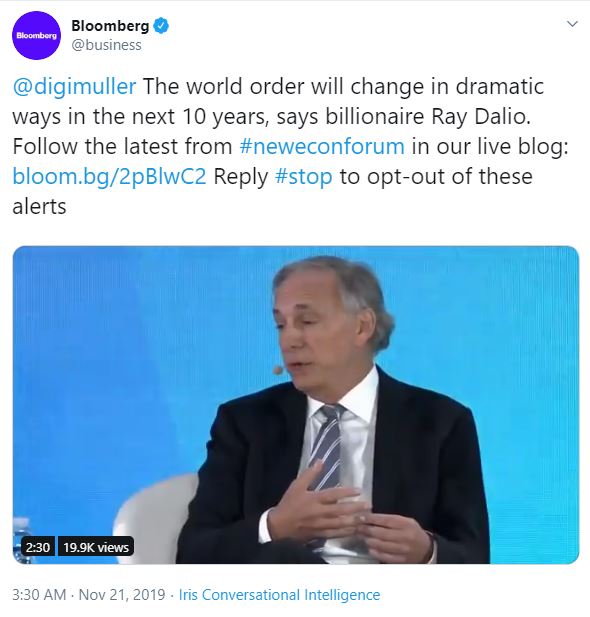