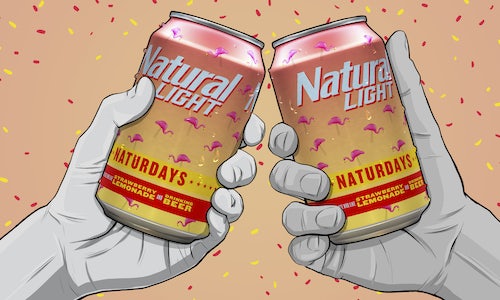 In late 2018, Natural Light noticed an opportunity in the beer category: 21+ drinkers were developing taste preferences for sweeter and fruit-forward flavors. Natty Light, as the brand of choice for young legal aged drinkers, looked at the current beer landscape and saw this as a major opportunity. This gap in the market, if filled with the launch of a new product, could lure in new consumers, as well as bring back drinkers who thought they left Natty behind soon after graduation. This was the genesis of Naturdays.

84% of millennials don’t trust traditional advertising, and 89% trust recommendations from friends and family more than claims from brands (DATA SOURCE). For Naturdays to be successful, Natural Light needed to emphasize mass earned media coverage at launch. This third-party advocacy would capture the attention of the Natty Light audience, while simultaneously recruiting new drinkers with its approachable flavor appeal and eye-catching aesthetics.

Naturdays was named after a term discovered through social listening by real Natural Light fans, that commonly referred to a Saturday (or any day) with friends, drinking Natural Light and creating memories. We knew using a name created by our fan community would generate organic support, excitement and advocacy from Natty drinkers. This also established an authenticity factor that was vital to awareness via editorial and social coverage.

We leveraged our bright pink can adorned with Flamingos - a huge departure from typical packaging that was sure to catch the eyes of consumers in the aisles and journalists looking for something different. We decided to leverage this “unexpected” new side of Natural Light as a worthy hook. Having audited coverage around flavored beverages, like spiked seltzers, fruity cocktails and flavored spirits, we knew that this type of product was seeing continued coverage within food and beverage, millennial and women’s lifestyle media. These are verticals where Natural Light had been aiming to establish a much-needed foothold and Naturdays would be our chance to do it.

To effectively resonate with our core and expansion target audiences, the brand decided to create a content piece that could accomplish three key goals:

Natty enlisted Pat McAfee, a former NFL punter who is legendary for his off the field antics at West Virginia and during his time in the NFL. He was on the rise to internet fame through his own online show and brought the perfect story to land exactly what it meant to have a Naturday, featuring a memory of his irreplaceable boys trip with Peyton Manning.

To land our highly ownable visual-identity, Natty brought the story to life in the form of an animated short film, allowing the bright pink and yellow hues to hit viewers throughout by dominating the color-scheme while our trademark flamingos made many a hilarious cameo to add that layer of “we don’t take anything too seriously” that pervades the Natty brand.

The launch of Naturdays garnered 310 PR placements and 929M+ PR impressions across editorial, broadcast, and social coverage. Pat McAfee's Naturdays film has 3.7M+ views on Twitter. Additionally, Naturdays has become the #1 beer innovation of 2019 (by volume and sales), and roughly 10% of Naturdays buyers are new to the beer category (which ties directly to the opportunity identified in the market - new 21+ drinkers were develop taste preferences towards sweeter, more fruit-flavored alcoholic beverages). 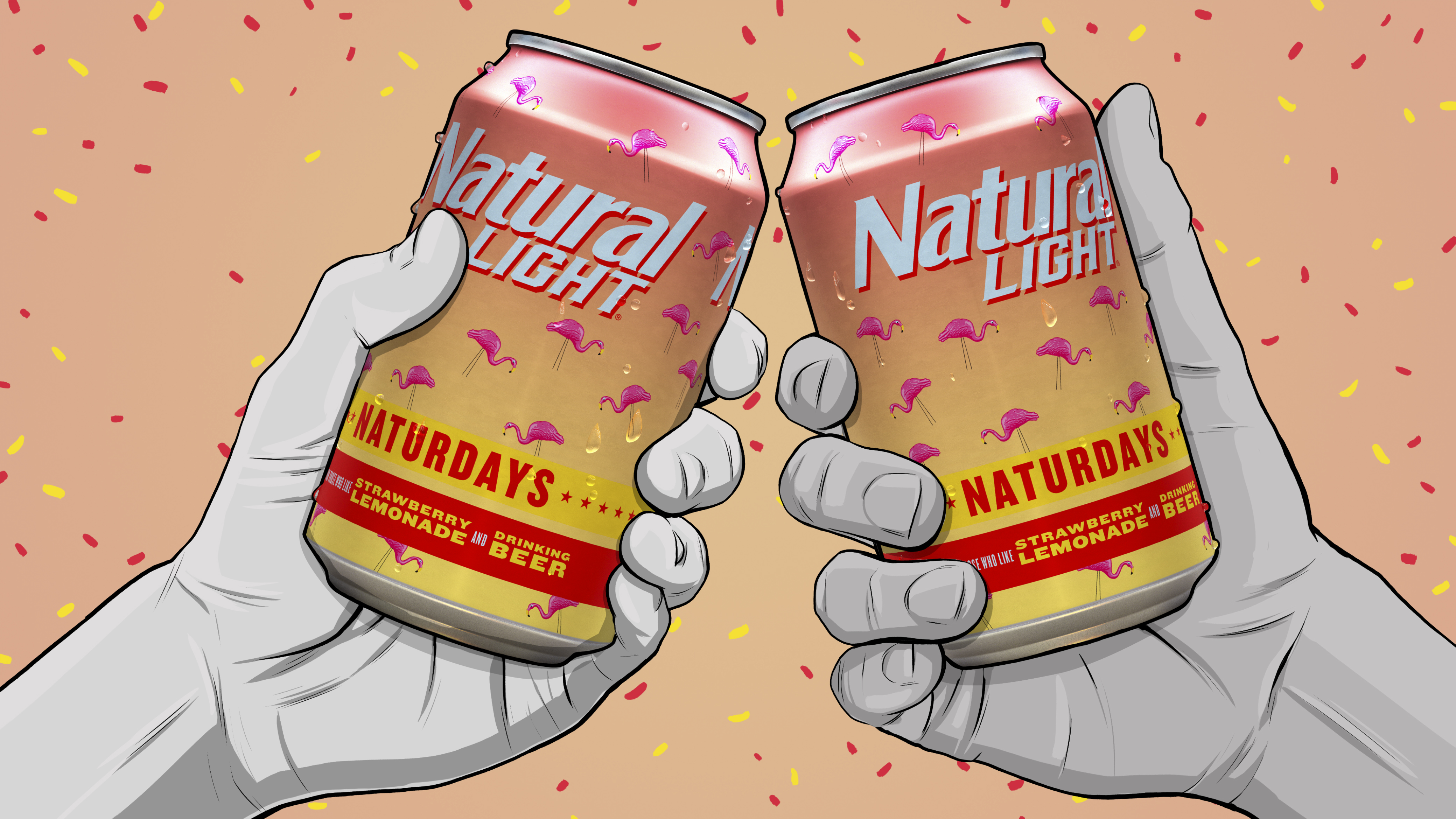