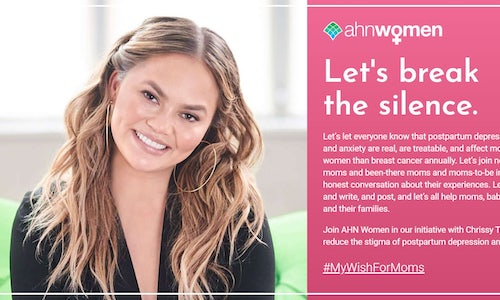 The expectation is that becoming a new mom should feel like a golden moment – universally and without exception. That’s far from reality for more than 500,000 new moms who suffer from postpartum depression each year – the leading complication of childbirth. One in seven new moms suffer, virtually in silence, from this serious condition that for some can even lead to suicide. They are wracked by self-doubt, anger, listlessness, or a crippling sense of inadequacy. Yet, fewer than 15% receive treatment.

Allegheny Health Network (AHN) made a commitment to do more for these women and, in 2019, opened a new women’s behavioral health center with a unique program to treat new moms struggling with postpartum depression. However, this widespread problem stretches beyond AHN’s Western Pennsylvania geographic area. A significant campaign needed to get implemented that would reach women across the country to break the stigma and shatter the silence surrounding postpartum depression.

AHN took the reins to address the stigma that has kept – and still keeps – postpartum depression in the closet. AHN and Doner created a national campaign and movement to build awareness and, more importantly, ensure that women everywhere could talk openly about postpartum depression.

The objective was clear: AHN will lead the way in elevating the local and national conversation to break the silence around this horrific disease that affects so many families.

We focused on the concept of stigma: the voices that diminish the legitimacy of this condition and create the most significant barrier to seeking treatment for postpartum depression. We designed our campaign with AHN to break the pervasive silence and serve as the catalyst for conversation so that more women get the treatment they need.

While stigma has surrounded postpartum depression for decades, unrealistic expectations of new motherhood have multiplied in part due to the rise of social media. Platforms like Instagram provide great forums for self-expression and community-building, but women often get bombarded with posts showing perfectly polished photos of other people's lives. This experience can compound feelings of inadequacy and low self-esteem in women suffering from postpartum depression.

Knowing that stigma keep moms from seeking help, we chose to break down the social barriers directly on social media. We built the #MyWishForMoms campaign around this premise: When moms share their stories, they won’t feel isolated and ashamed in their struggles with postpartum depression.

To reach a national audience and amplify momentum, we needed to partner with a celebrity who is credible and relatable to new moms. Enter former supermodel and TV personality Chrissy Teigen, who has shared her own struggles with postpartum depression. Her openness and candor, combined with her fame and celebrity, was the perfect fit. She wholeheartedly embraced AHN’s cause. Together, we kicked off the biggest social conversation about postpartum depression ever.

During Maternal Mental Health Month, Chrissy appeared on TODAY to talk about #MyWishForMoms and her efforts to help moms talk openly about postpartum depression. An hour later, she mobilized her 28+ million Instagram followers asking them to share a photo of what it felt like to have a new baby and what they wish they knew. The effort yielded an overwhelming response, with thousands of comments, likes and shares. Users’ posts with hashtag #MyWishForMoms began pouring in. We also tapped into an army of micro-influencers – mom bloggers who could connect with their audiences in an authentic way. We produced videos, infographics, and a booklet with information on postpartum depression and resources available, all housed on MyWishForMoms.org.

#MyWishForMoms created a safe space for vulnerability and openness amongst moms. Women told their stories publicly – raw, honest, and, at times, heart-wrenching testimonials. A team of AHN experts engaged directly in real time, reading every single post, reply and comment, and addressing each with an individualized response. Given the sensitivity of the posts, AHN needed to read every single post and comment because if someone needed care, the team had a responsibility to get them that care.

We kept the momentum going through a coordinated effort that engaged opinion leaders and media. In August, the conversation continued in person when a coalition of 50+ maternal mental health advocates assembled for the #MyWishForMoms Summit, generating continued support for the cause.

While we aimed to generate 513,000 social media engagements, equal to the number of women who suffer from postpartum depression annually, the results far surpassed that goal. Harnessing the community-building power of social media, #MyWishForMoms generated a phenomenal 19 million interactions online and over 2.4 million social media engagements from women, smashing the goal by 382%.

Across social media, 5,965 public posts were created by women using #MyWishForMoms between May and August. The posts were deeply personal expressions of grief, support, and love. #MyWishForMoms was even a trending topic on Twitter on May 2. People from all 50 states and 130 countries engaged in the campaign. We even got support from the United Nations.

AHN treated 126% more women year over year, through August 2019, providing treatment to moms in their times of need. In fact, AHN has added new clinical staff, a new three-day-a-week program, and new weekly therapy groups to accommodate the increased need for care. So while the social and earned media results exceeded our goals, the campaign did far more than garner attention.

AHN led the way in what began as a local effort, giving rise to a national conversation to break the silence around postpartum depression, a disease that affects so many families. 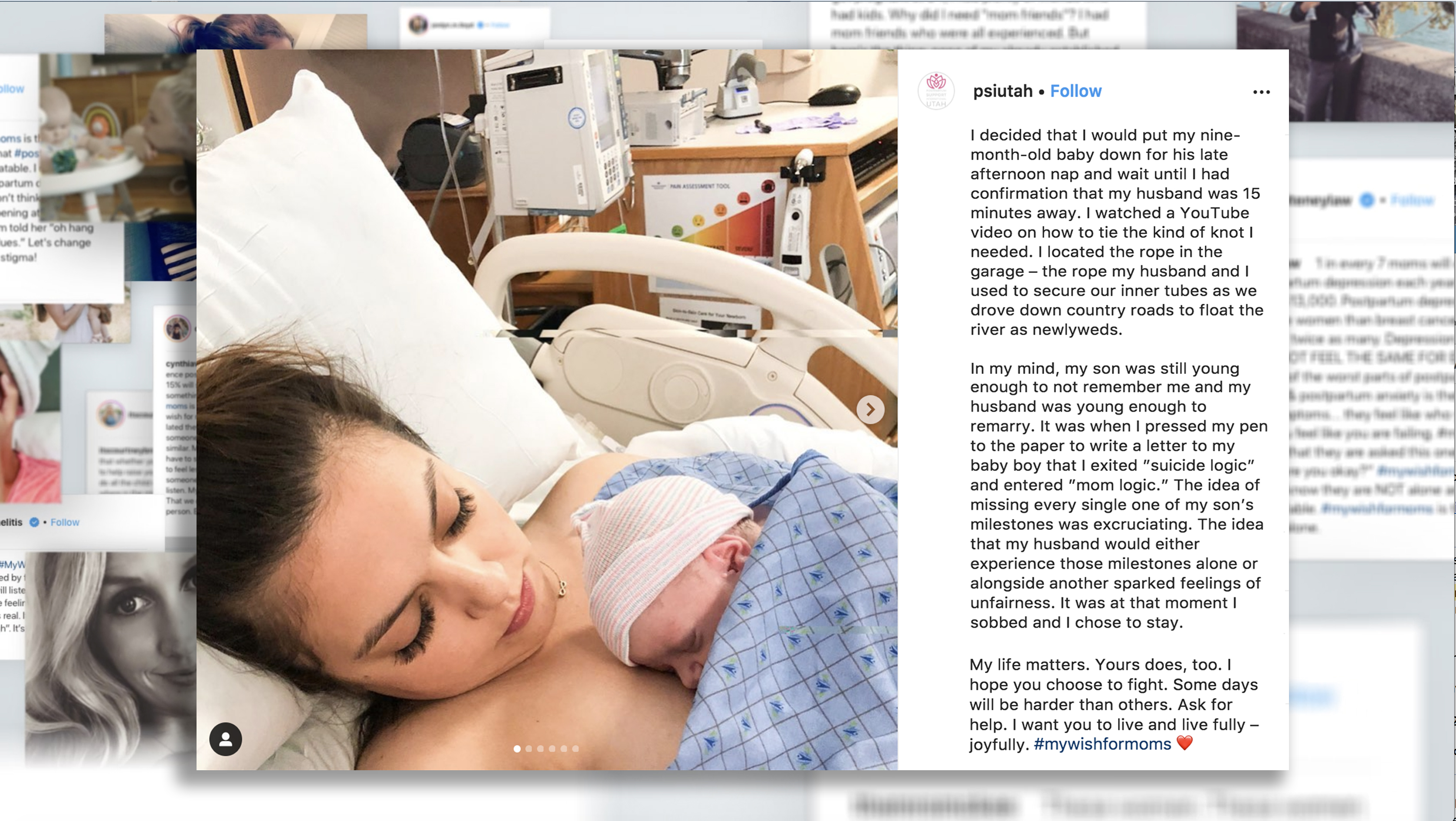 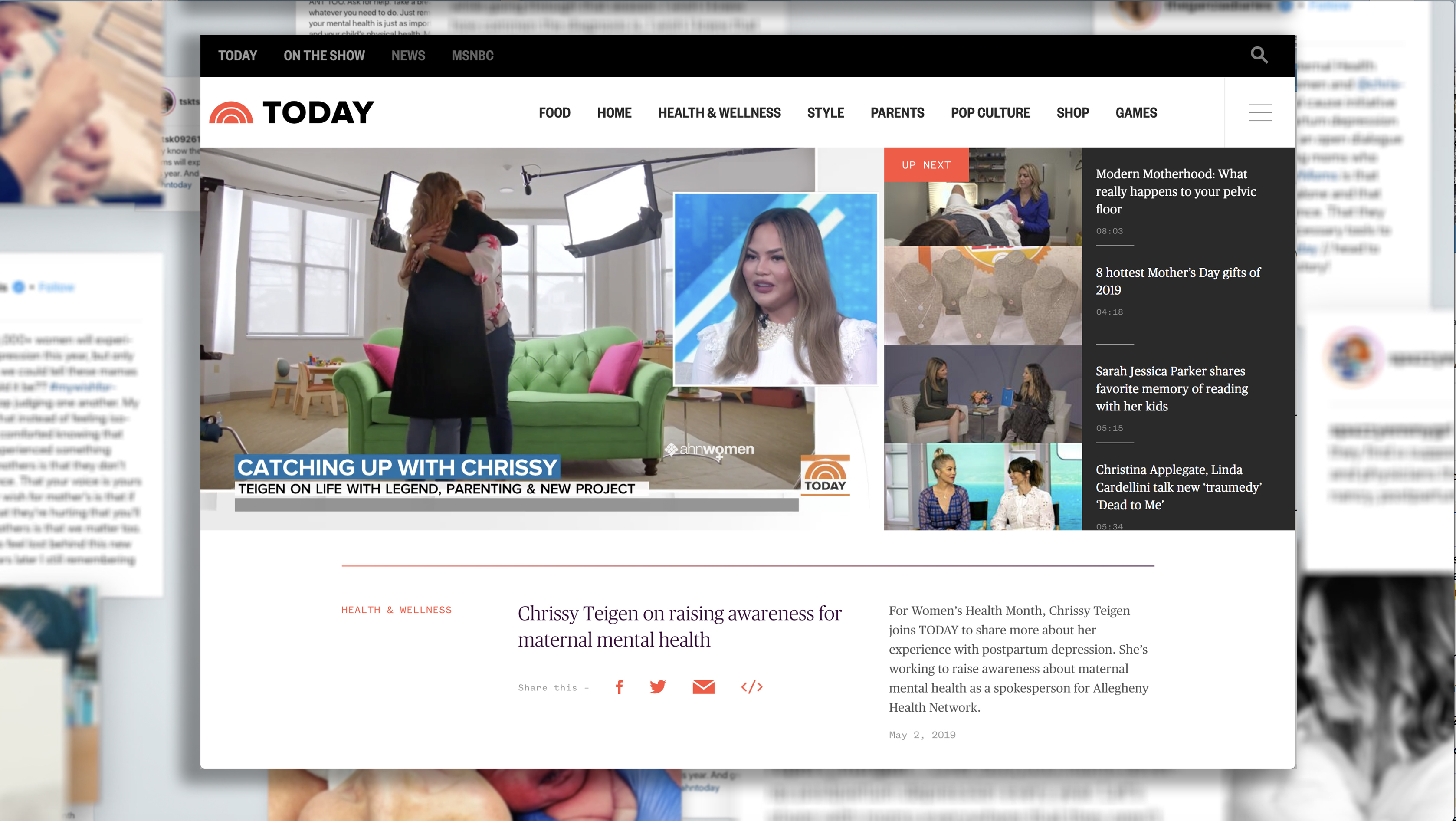 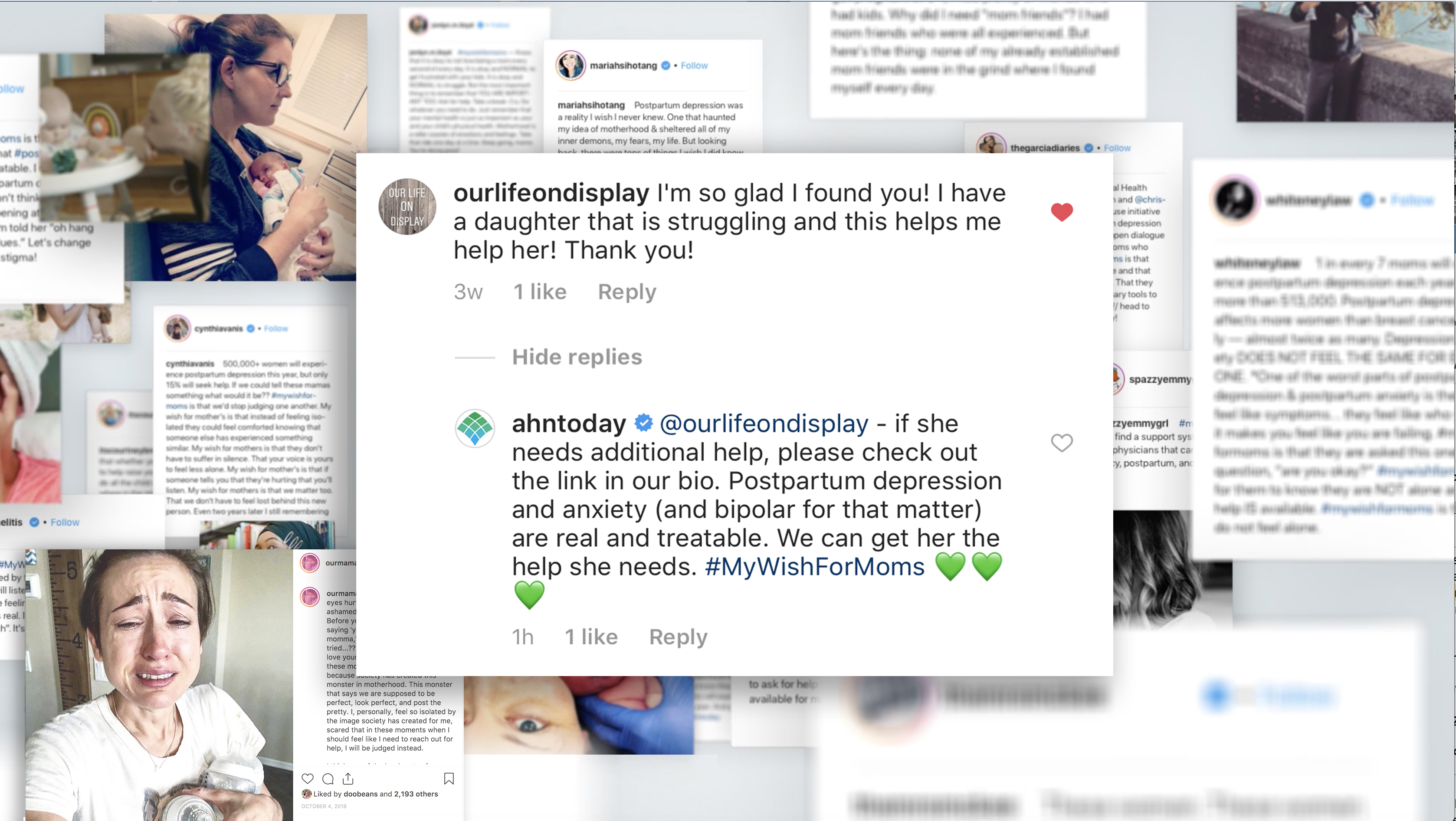 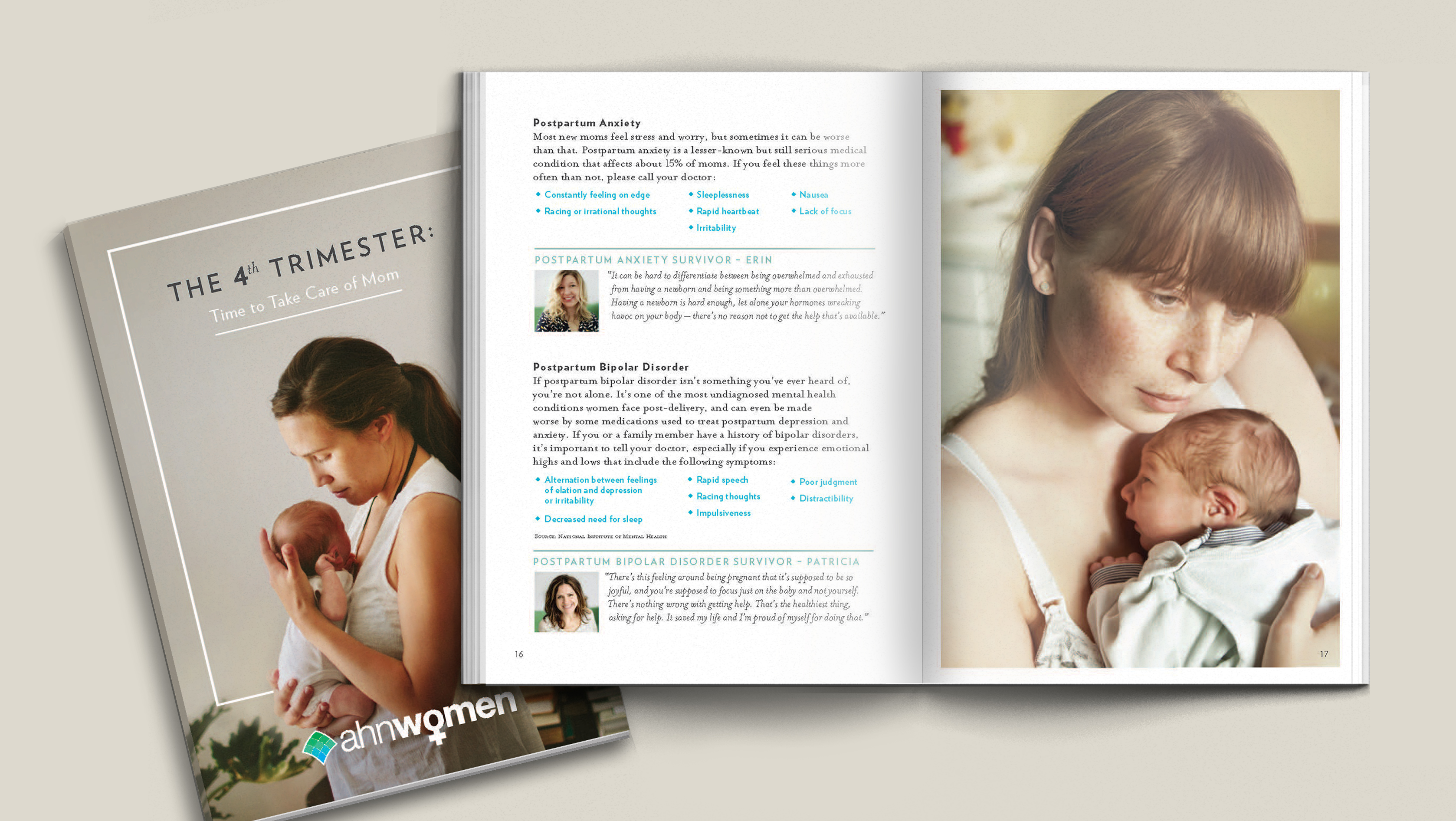 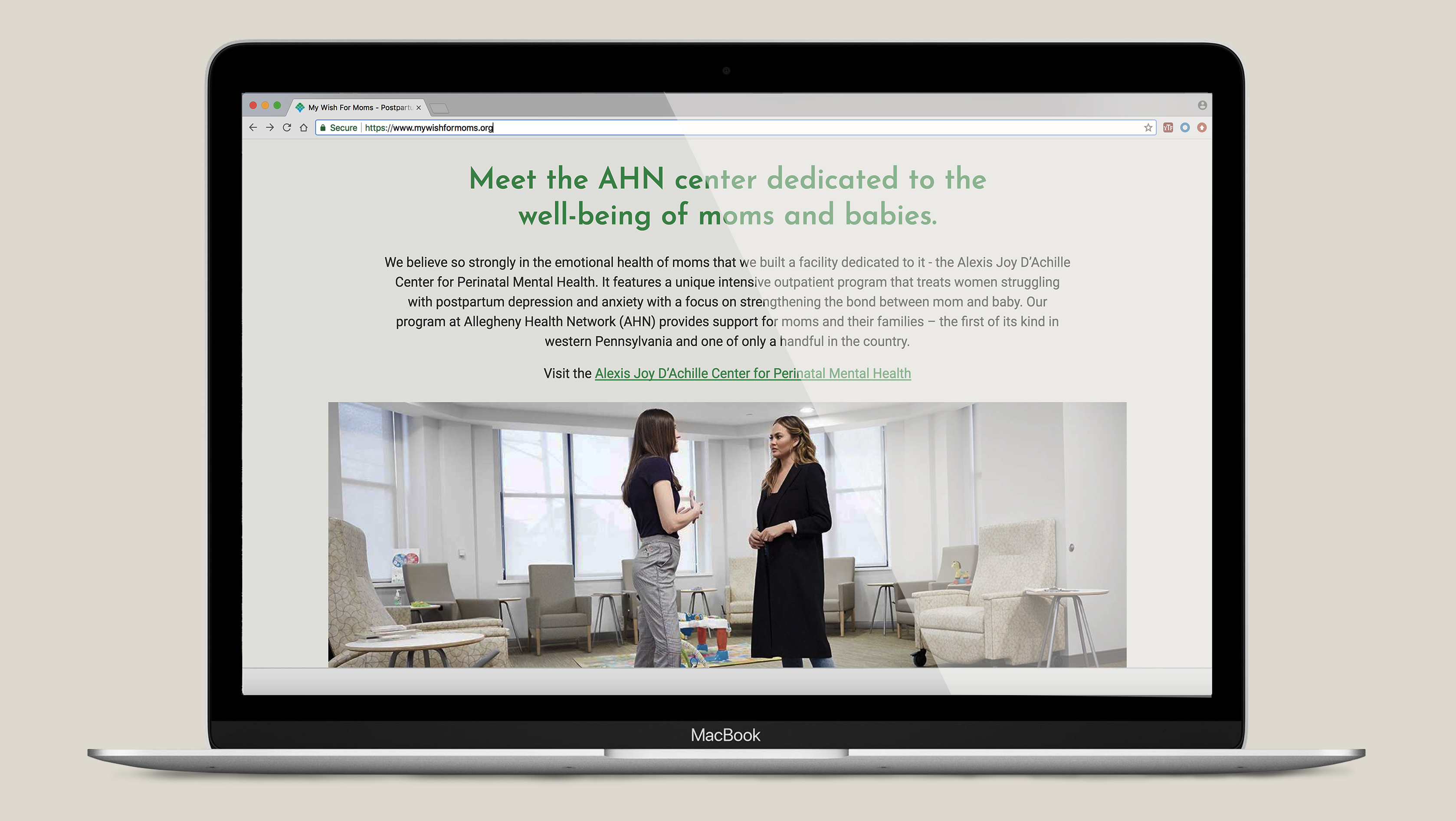 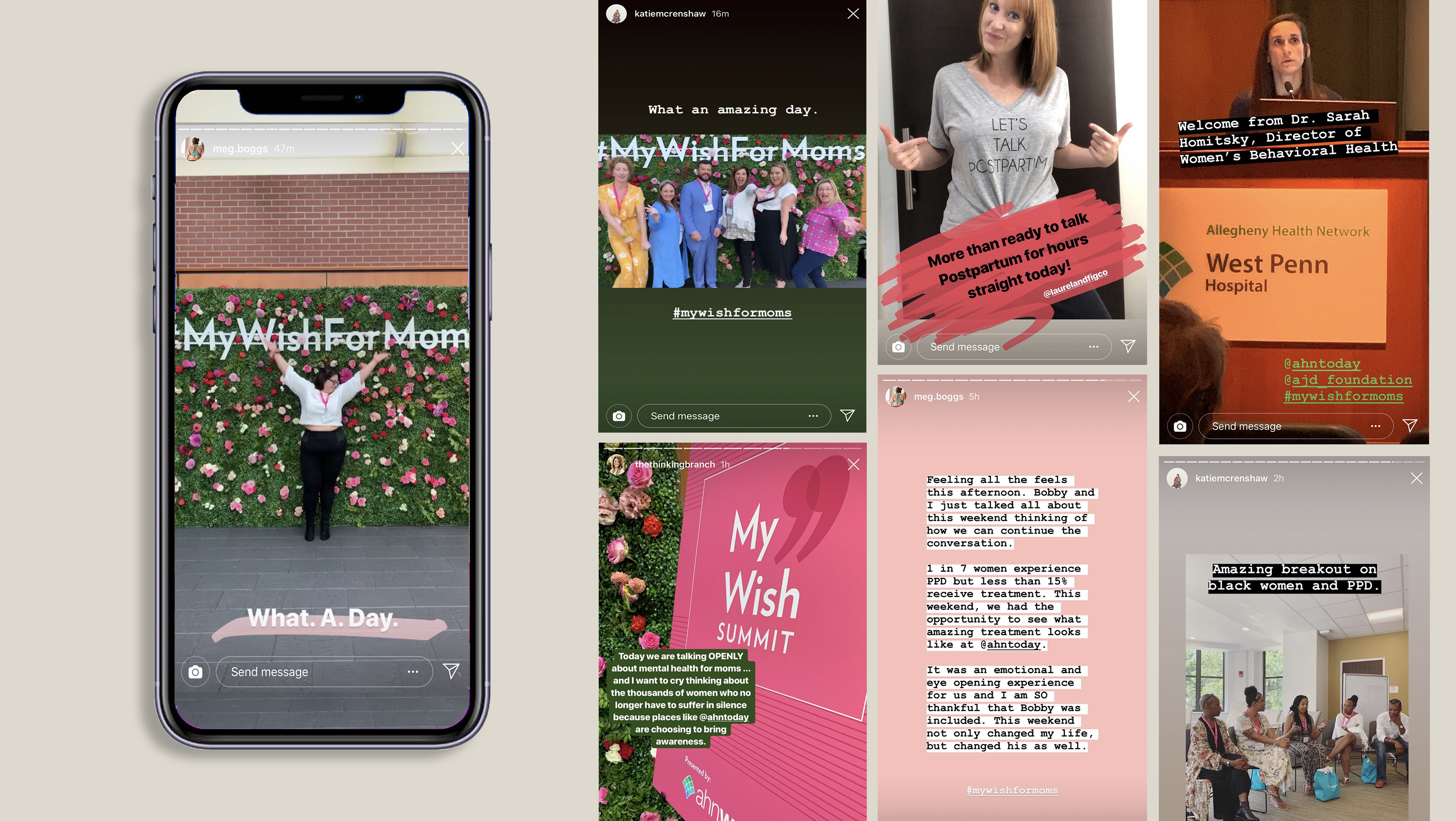