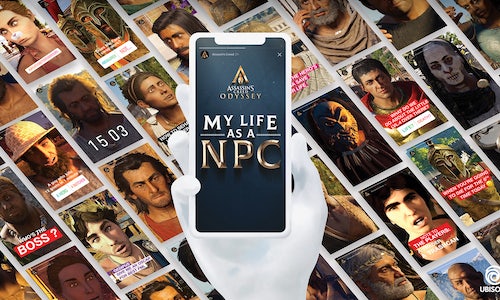 My Life as an NPC

When you have to communicate on an adventure game like Assassin’s Creed Odyssey, you often emphasize on the hero, the villain or the amazing landscape you will explore. But when you have done that for more than 15 years on your most important licenses, how do you keep gamers excited? Ubisoft asked us to rejuvenate their target for the launch of Odyssey, the new game of their Assassin’s creed license and keep the audience attracted by their license in a very competitive market were gamers don’t buy more than 2 games per year.
MY LIFE AS AN NPC is a social campaign in which dozens of Non Playable Characters from Assassin’s Creed took over Ubisoft’s Instagram and Facebook to tell us what their life in the game looks like in a funny, quirky and offbeat way. Through their stories, gamers can realize what a shepherd feel when a player mows down his herd of goats, learn more about a spartan who can’t never take his helmet off, or care about a pissed-off potter who can’t bear the hero’s behaviour anymore. For once, we focused on the extras of the game, the virtual people that no one really cares about had their say for the first time.

To rejuvenate the Ubisoft’s target for the launch of the new Assassin’s Creed Odyssey and keep the gamers excited, we targeted a large scale of gamers, the ones who have known the game for ages and a new generation of players. We concentrated our communication on channels where the gamers talk, and debate about which games are best: The social networks. With MY LIFE AS A NPC, we changed the tone of gaming communication and communicated for one week, on Ubisoft’s Facebook and Instagram accounts, the way people do on social networks. But this time, we did it from the point of view of virtual people living in the game, which is like breaking the fourth wall of gaming.

Through a virtual casting all over Ancient Greece, we selected a courtesan, a spartan, a potter, a shepherd, and dozens of NPCs from Assassin’s Creed Odyssey. Then, we brought them to life thanks to a new mocap animation technology. We shaped their personalities, their attitudes and their expressions to make these characters larger than life. For one week, they took over Ubisoft’s Facebook and Instagram accounts.

The results are nothing more than the best social campaign ever made for Ubisoft with an all-time high engagement rate (+138%) from the gamers. MY LIFE AS AN NPC got an organic reach on Facebook (3,7M) and Instagram (2,5M). Launched in 20 countries, each one adapted our videos and kept posting 3 stories every day for a week. It’s a best case for the brand because we have generated a lot of conversations, positive for 80% which is quite unusual for a communication of video game and not bad for characters that usually nobody cares about.

Video for My Life as an NPC 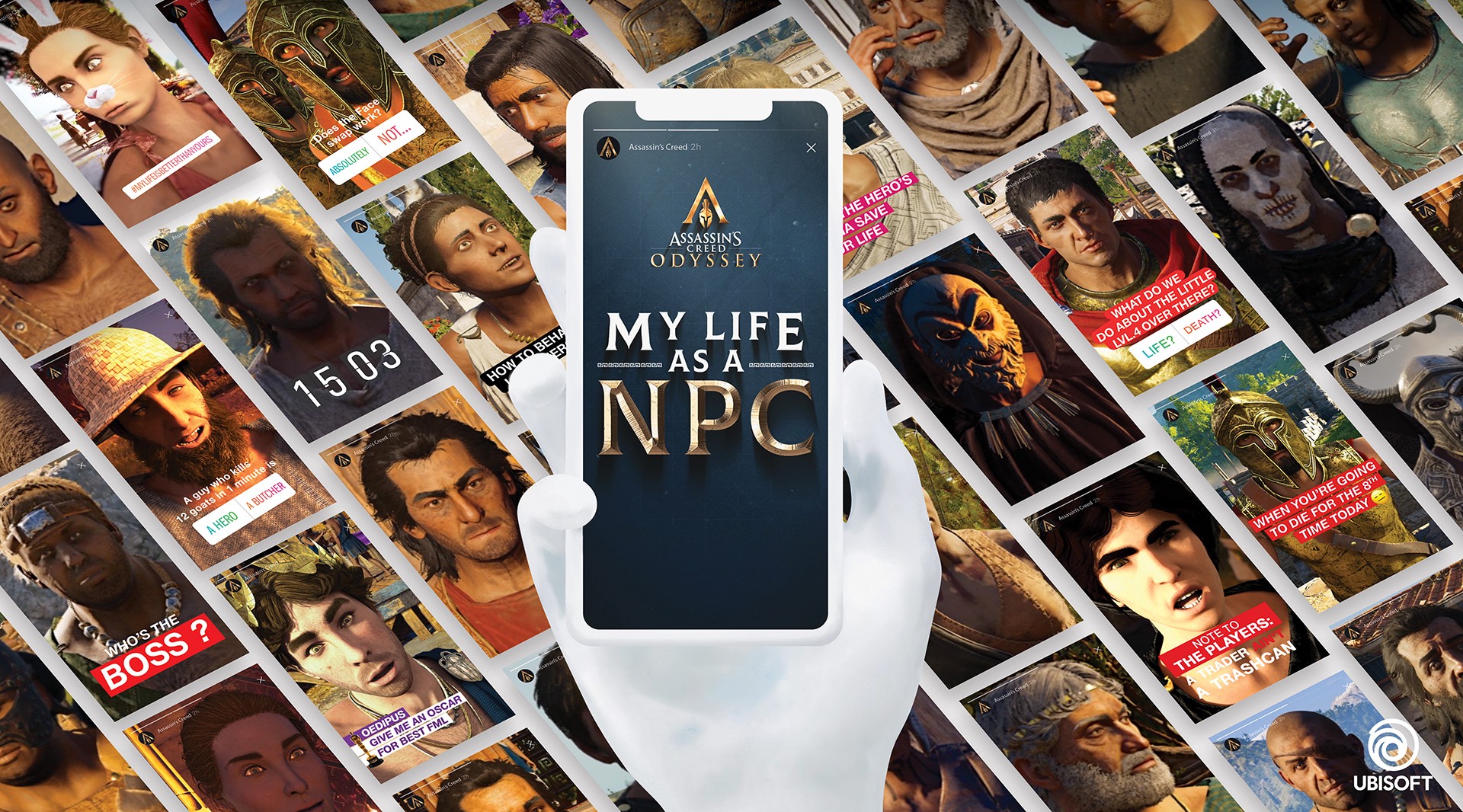