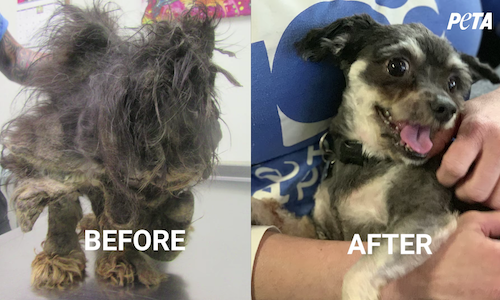 Murphy the Rescue Dog Was Unrecognizable Before PETA Stepped In

PETA is well-known for our unparalleled ability to tackle companies, corporations, and people in power who threaten the well-being and safety of animals. We never shy away from going after any establishment that might be involved in hurting animals — whether it be torturing animals in labs, abusing them for circuses, killing them for food, or any other issue.

However, most people are unaware of our equally important work helping companion animals like dogs and cats. That’s why sharing Murphy’s story was such an excellent opportunity for our organization to showcase what PETA’s fieldworkers do on a daily and case-by-case basis.

The video tells the story behind PETA’s team of fieldworkers, who are on the ground and always ready to jump into action for any animal. They’re hard at work 365 days a year helping animals who may need assistance — no matter how dire the situation may be. Many of the cases deal with animals who have only ever known neglect and loneliness. PETA’s team is often their only chance at surviving, being cared for, or ever knowing compassion and affection.

Murphy’s transition highlights the effort and dedication PETA puts into each case and epitomizes the mentality of our fieldworkers: no matter how dangerous or difficult the circumstance, we’re there to answer the call — always ready to stand up for those suffering.

This video served as an opportunity to give our audience a behind the scenes look at the hard, life-saving work PETA’s fieldworkers take on every single day.

Murphy’s before-and-after rescue video opens on him at the vet’s office immediately after his owner surrendered him. His fur was severely matted and overgrown, he was in such bad shape, we had to explicitly tell our audience they were looking at a dog! We strategically opened with this scene to show our audience exactly what condition he was in before PETA stepped in and changed his life forever.

The video then proceeds to detail the conditions in which PETA discovered him — isolated in a rusty, filthy cage with matted hair that covered his entire body, making him virtually unrecognizable as a dog. He had been left to sit in his own waste and was in poor health. We highlighted the shocking fact that once the vet was done grooming his fur, TWO POUNDS were shaved off of Murphy’s tiny 7-pound body! We made sure to keep the audio in the background of the video fairly upbeat, which implicitly reassured our audience that the story wouldn’t leave off on a sad note.

The video then jumps forward in time and shows the handsome and happy post-rescue Murphy! We put even more upbeat audio over the footage as a way to guide our audience into marking the “after” being rescued by PETA as a celebratory one!

As he lays in a PETA employee’s lap with his heavily matted coat shaved off and no longer weighing him down, he is undeniably glowing from his transformation. His facial expression and demeanor are heart-warming, you can see he was thoroughly enjoying all the attention and affection he had been receiving during his time with PETA.

Finally, we made sure to include a follow up with Murphy in his new home. The photo of him with his new family gives our audience the fairytale ending they all wanted for him! A full-circle story like Murphy’s assures our audience that Murphy’s life has fully transitioned to a happy one, making this story so easy to share and love.

On a general note, honing in on individual stories really resonates with PETA’s audience — they’re able to empathize much more than when we speak about animals in a general way. In this case, they were able to clearly imagine his discomfort and fear by simply thinking about Murphy and what it must have felt like to go through what he went through.

Many of the cases PETA’s Community Animal Project (CAP) handles are not caught on camera, since the priority is immediately providing any animal with the assistance they need at that time. Thankfully in this case, PETA was able to capture the emotional footage of Murphy before and after his transformation.

The video was a MASSIVE hit on Facebook, it garnered over 8 million impressions, which is the number of times it popped up on someone’s screen. 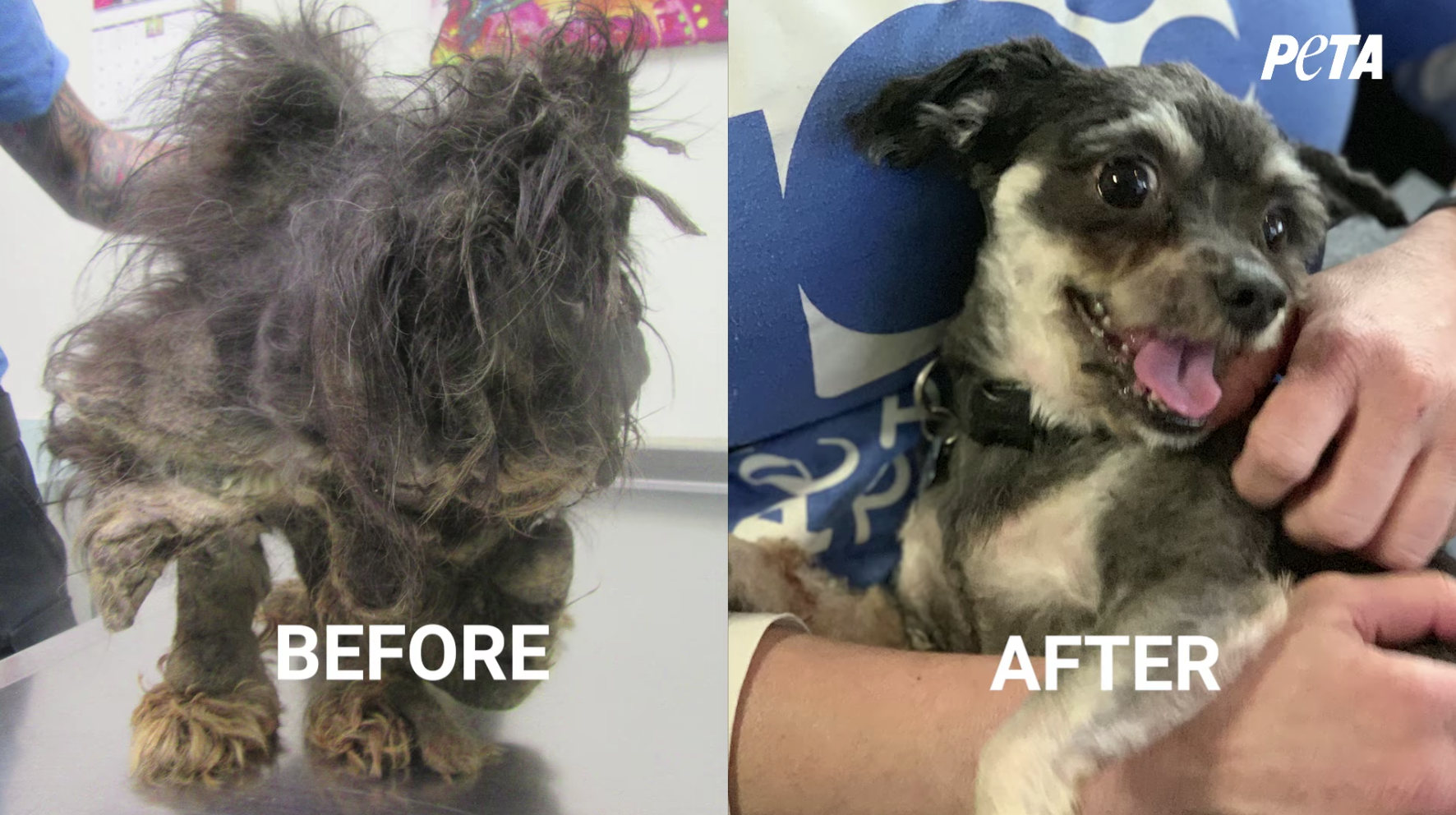