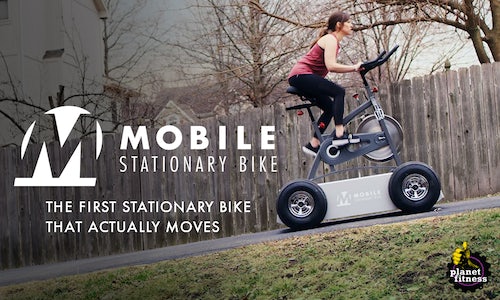 On April Fool's Day 2019, Planet Fitness took on the notion that in-home workouts serve as convenient alternatives to gym memberships by calling out the absurd truth that many believe. In-home workouts might seem like an affordable, convenient solution, but in reality, they’re a hot mess. From finding a space, to finding the money, to finding the right machine, to avoiding distractions (kids, animals), to finding motivation when the couch is so close, it’s sometimes the opposite of convenient and doable. And to back this up even more, out of the many people who do have workout equipment at home, a majority use it only once a week.

That’s why Planet Fitness launched an April Fool's campaign to show America there is a better place to work out than your living room, showcasing Planet Fitness as the most welcoming, un-intimidating environment, with tons of space and equipment to choose from, unlike in-home options.

In an age where fitness fads have become a cult-like mentality, it only continues to get more and more intense, aggressive, and unrealistic. And boutique fitness has brought that craziness to our homes. We’ve invited them to yell at us in our cramped guest bedrooms turned spinning rooms, with barely enough space to move.

So this April Fools, Planet Fitness decided to play a joke on this all too serious side of home fitness by introducing the Mobile Stationary Bike. The first ever stationary bike that actually moves. A parody product and commercial, satirizing the ridiculousness of the home studio turned hyper-competitive spinning class. Because there’s enough foolishness that exists in fitness, so who better to poke fun at the absurdity taking place in the industry than the gym with the most realistic approach to fitness?

On the 1st of April, Planet Fitness posted the satirical video advertisement featuring the fake piece of equipment on all social channels, leveraging paid support as a way to stand out from the many brands who also participate in what’s become known as the “Super Bowl” of social media. All this, to prove that fitness should be rewarding, not punishing, and that when you join Planet Fitness, you get access to tons of equipment, and none of the craziness you get at home.

Upon posting, Mobile Stationary Bike became an internet sensation, receiving millions of impressions. With only $10,000 in paid media, the single day post garnered a 48% increase in impressions compared to the year prior. And in addition to this, it became the top 7th shared post out of all of the content on Planet Fitness' Instagram account over the past two years. The video also received coverage from a variety of publications, including Snopes and CNET, who both published lists featuring Planet Fitness among the ‘Best April Fools Pranks of 2019’. But more importantly, the piece inspired social conversation around Planet Fitness being a more realistic fitness solution, and a champion for the everyday exerciser. 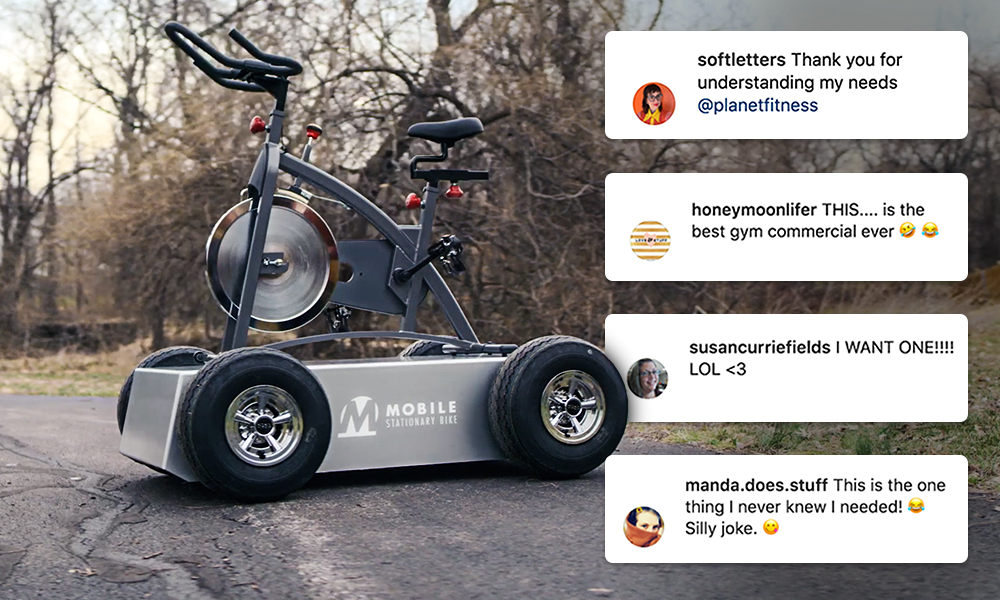 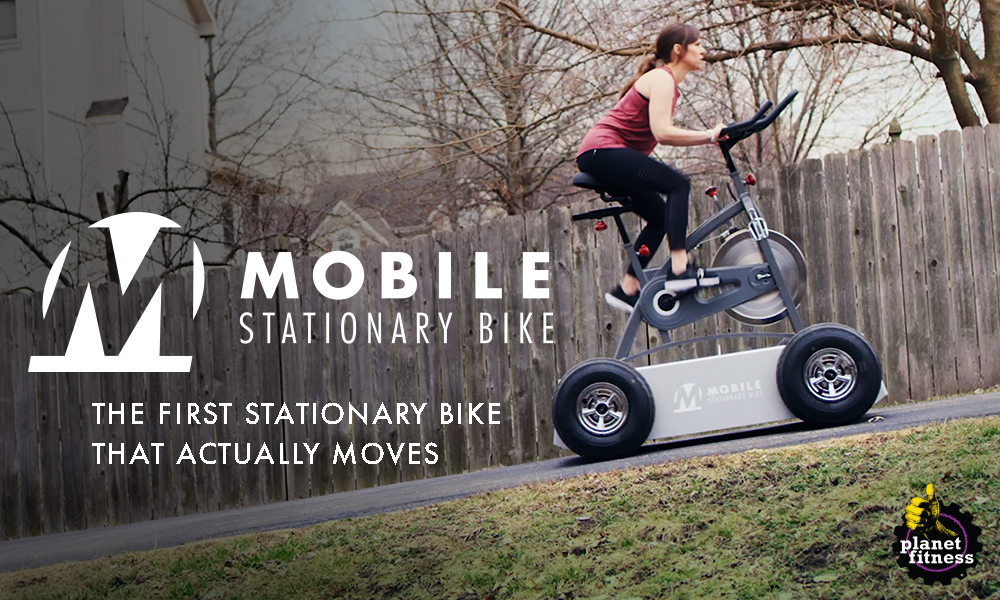 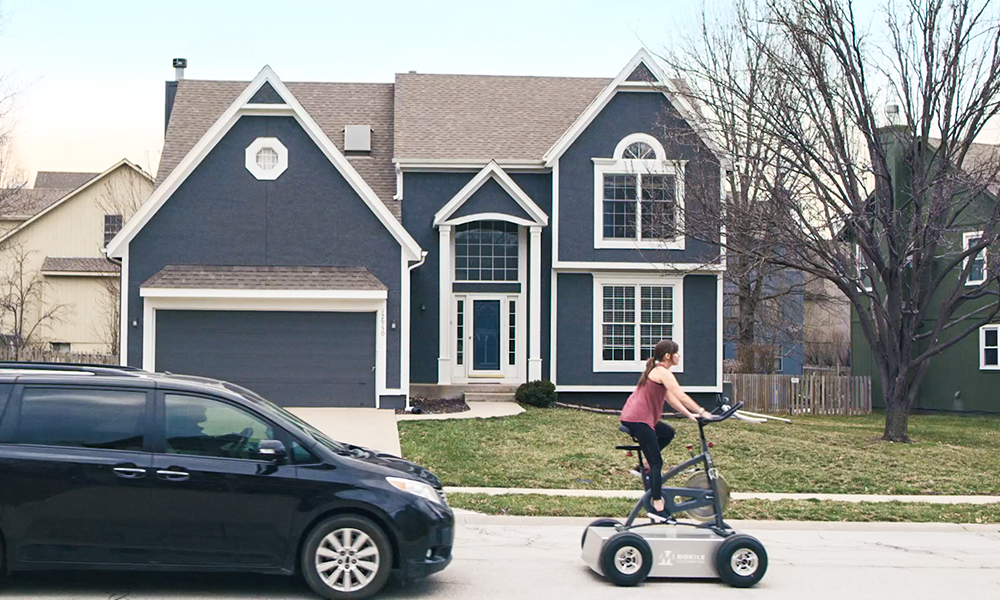 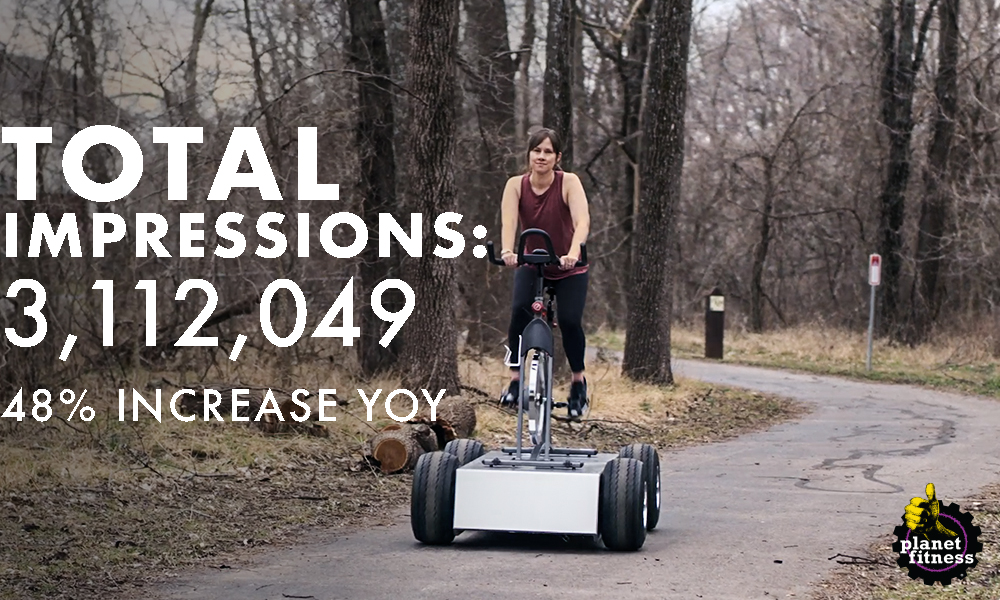 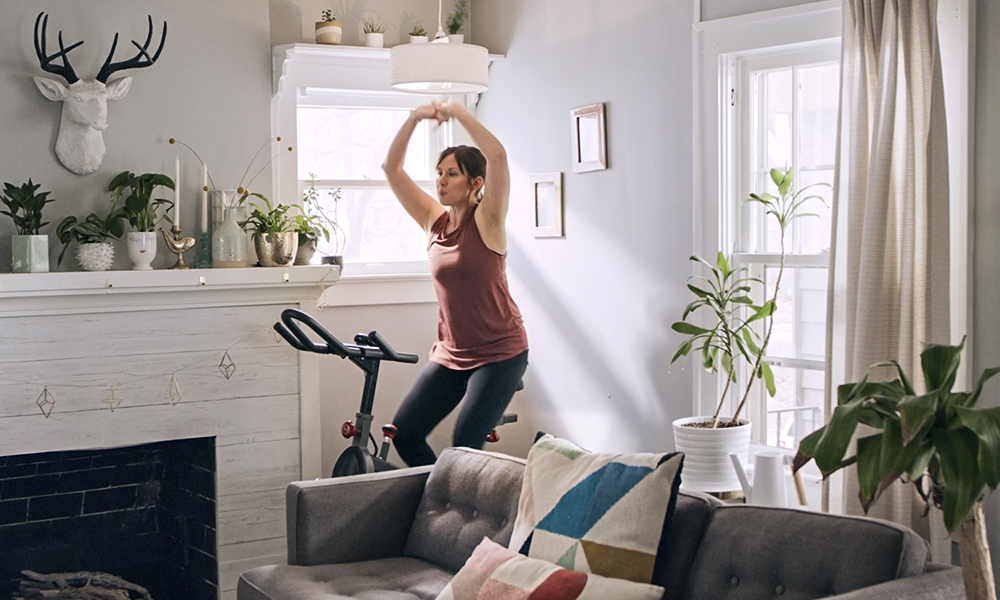