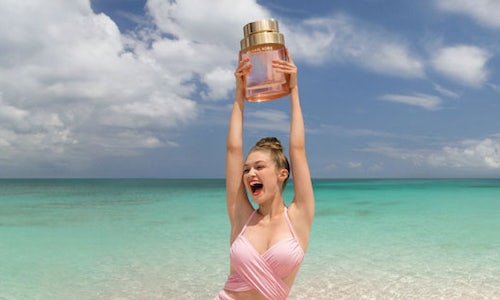 This new feature allowed fans to discover the campaign, go behind the scenes, learn more about the trio of fragrances, shop their favorite scents and RSVP for the campaign launch event at Rockefeller Center on July 15th and 16th. Chatbot users could also enter an exclusive sweepstakes (US only) for the chance to win a complimentary bottle of Michael Kors Wonderlust and secure a spot in the VIP line for the opportunity to meet Michael and Gigi and have their bottle signed at the Michael Kors Rockefeller Center store on July 16th. 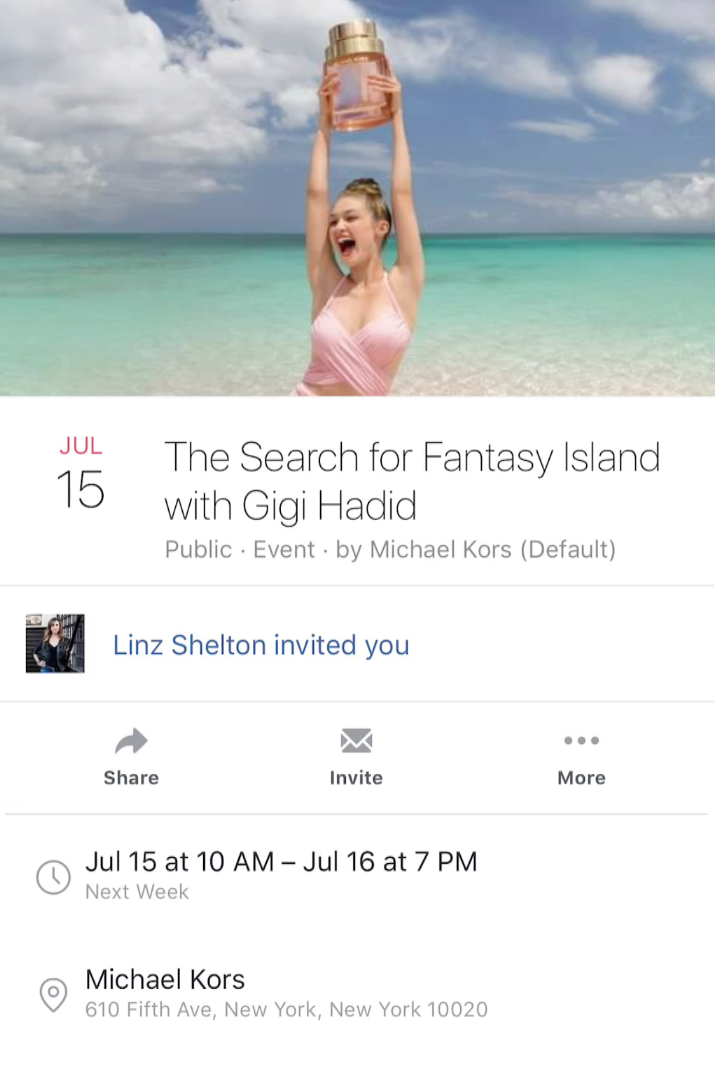 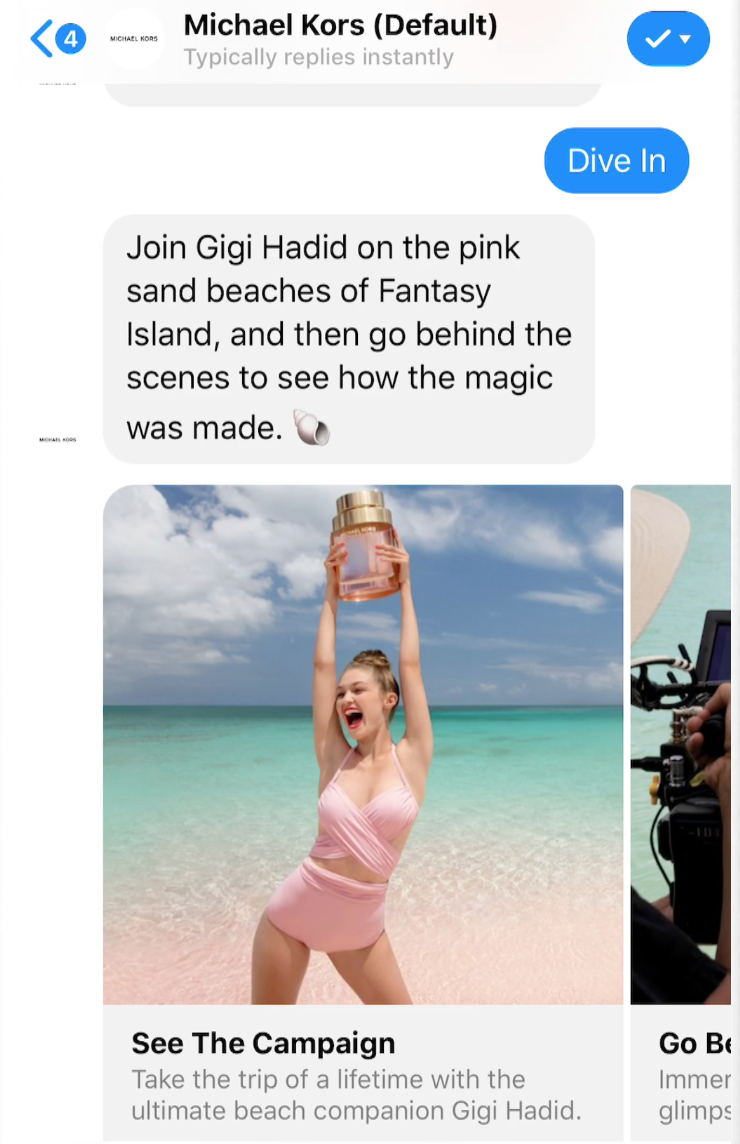 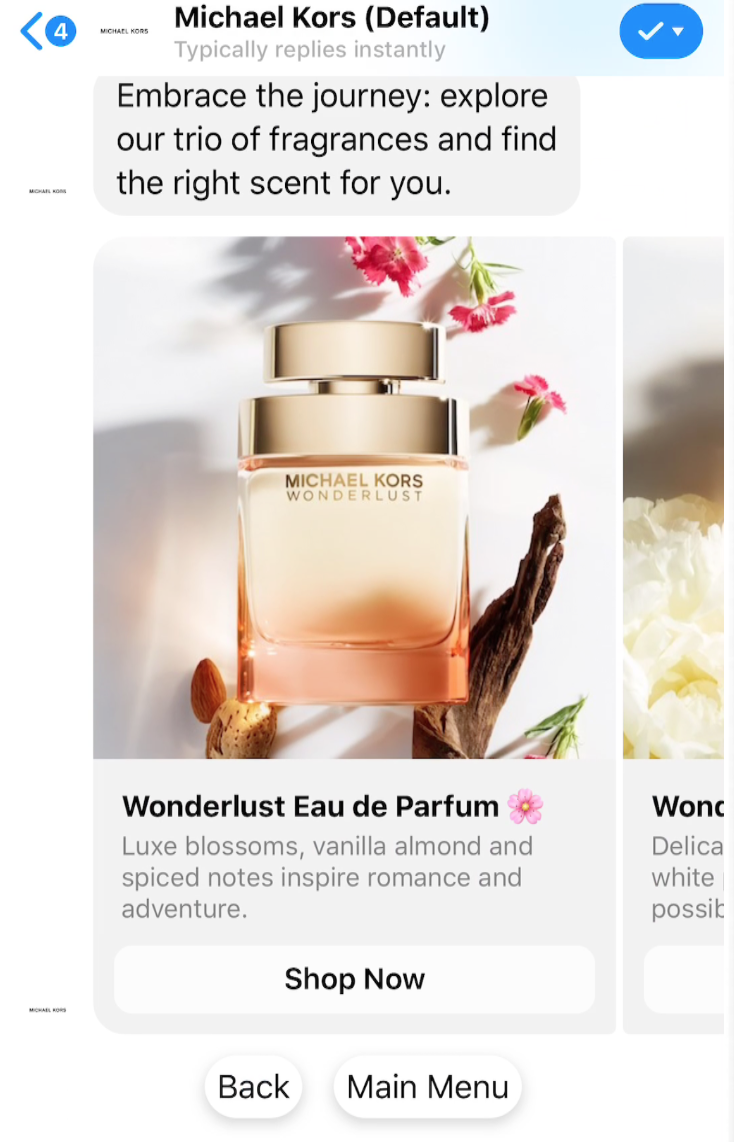 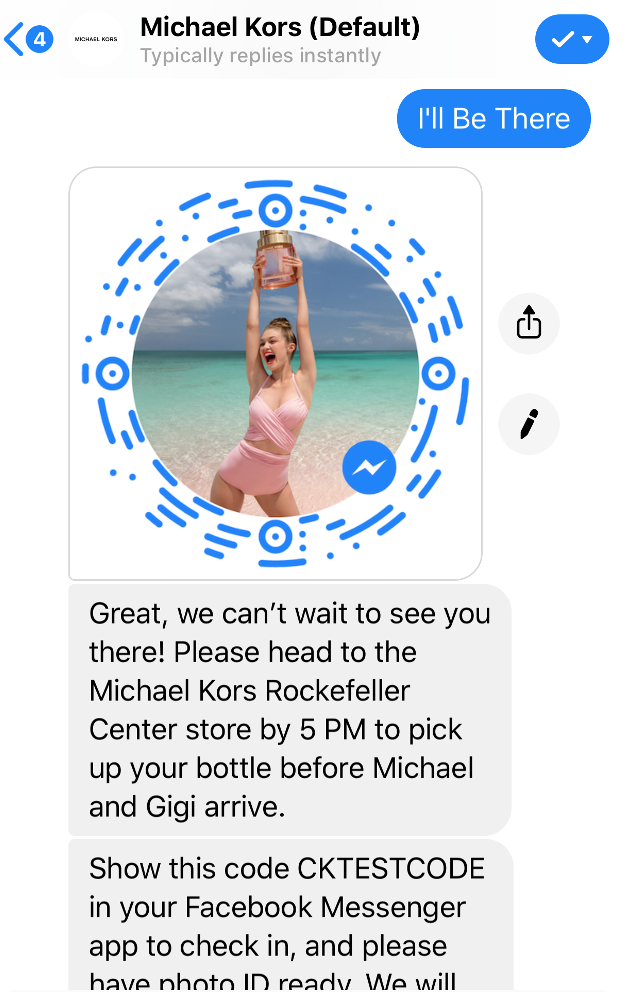 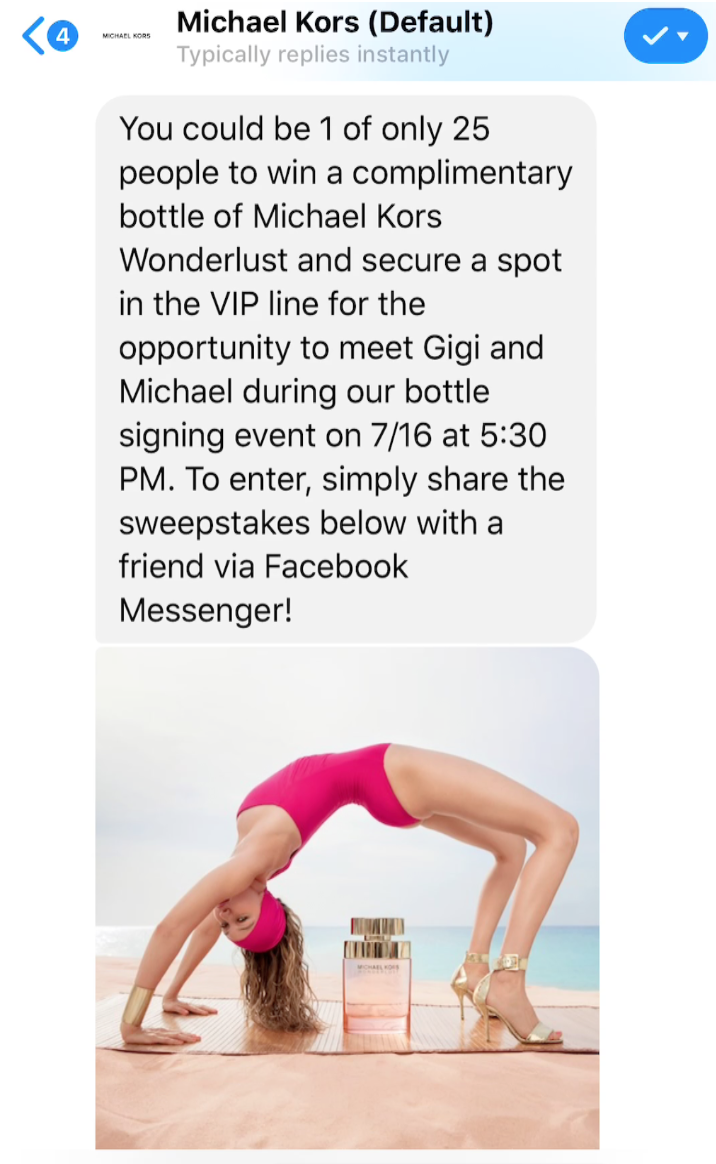 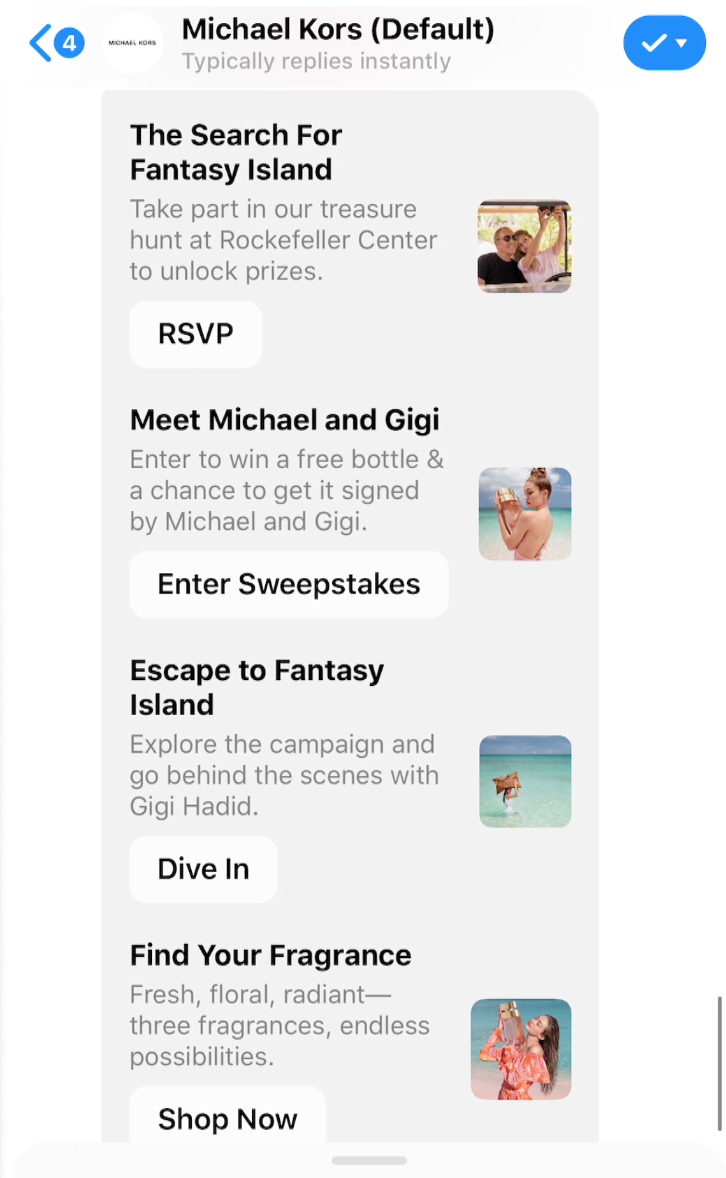