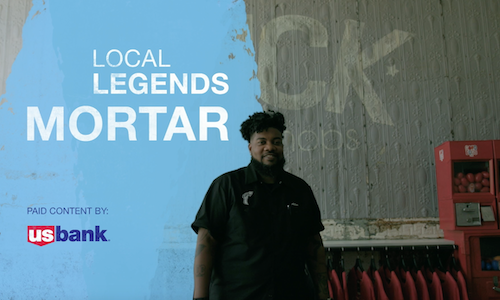 U.S. Bank is America’s fifth-largest bank, with 74,000 employees and $467 billion in assets. But despite its size, it still sees itself as a local bank that serves local communities.

By providing products and services that meet the diverse needs of American communities, U.S. Bank is helping to provide a social and economic foundation for achieving affordable housing, productive small businesses and culturally vibrant communities.

The trouble was awareness of its community work was low. That was an issue because these days, 63% of people say they prefer to purchase products from companies that share their values (source: Accenture) – and they are wary of brands that are inauthentic.

We needed to convince our financially secure and knowledgeable target of U.S. Bank’s commitment to community.

Our key target was people who are financially secure and knowledgeable. These are people aged 25-54 with a household income of $100k.

To reach our target, we created Local Legends, a content series telling the stories of people doing extraordinary things thanks to U.S. Bank-funded grants.

At its heart were three films:

Film #1 told the story of Sara Weihmann, Director of Social Enterprise at New Avenues for Youth, a nonprofit which supports at-risk and homeless youth. The film highlighted the launch of a new retail space for dfrntpigeon, a clothing company run by Portland’s underserved youth.

In film #3, we met Sue of Community HousingWorks, which provides homes for working families, seniors and others, as she launched North Park Apartments, San Diego’s first LGBTQ-affirming housing for seniors.

To prompt easy sharing, we front-loaded our films with branding and key messages, ensured videos worked with sound off AND on, and created different cuts for vertical formats (i.e. Insta Stories), and landscape.

Supporting our films, we created a microsite in partnership with People – known for its heartfelt stories of real people doing extraordinary things.

Inspired by its Heroes Among Us editorial franchise, the site – styled as an interactive map –

hosted visual long-form articles providing more information about our local legends, and a total of 11 mini profiles, which included the 3 heroes subjects.

We promoted all content through People social channels, including native Instagram Stories, and other units on our owned channels. 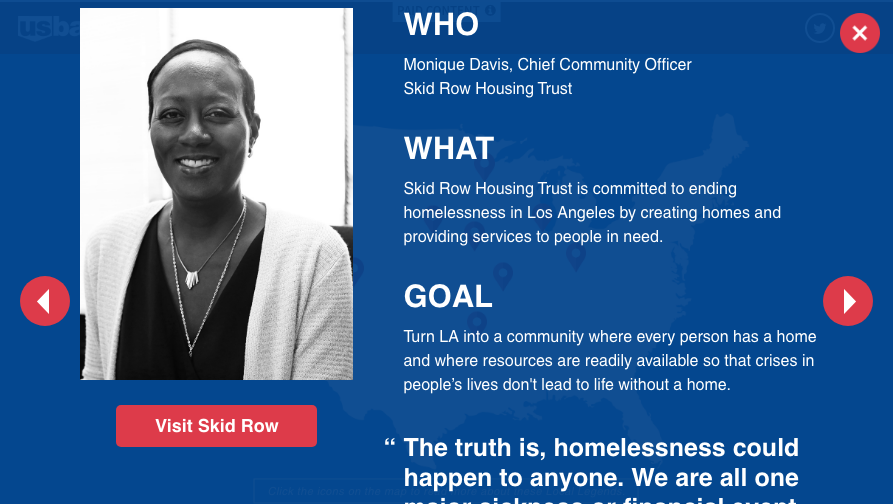 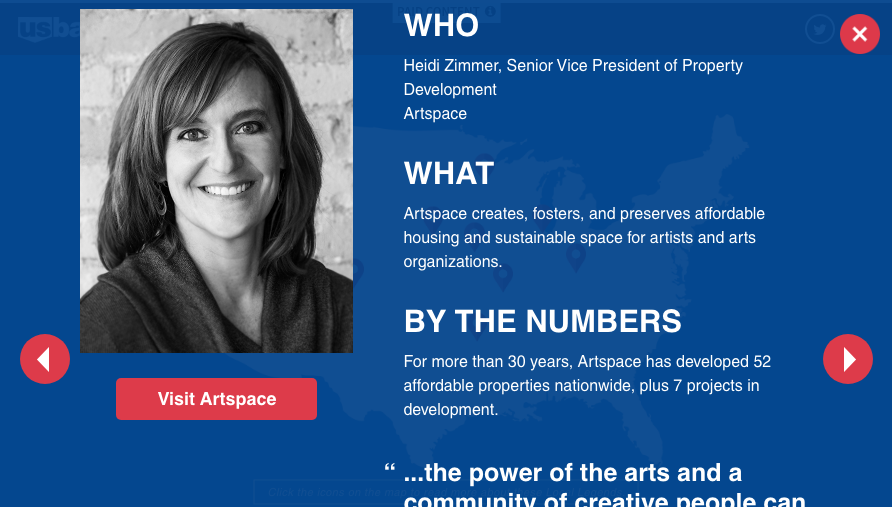 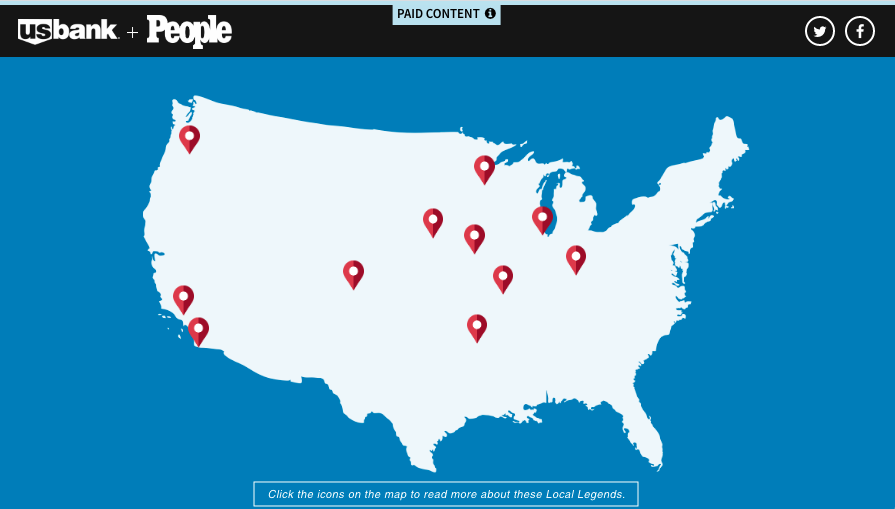 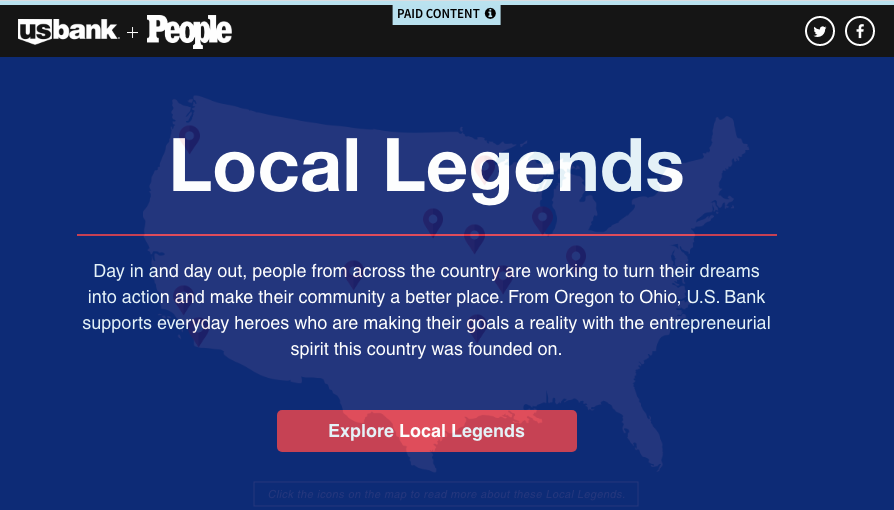 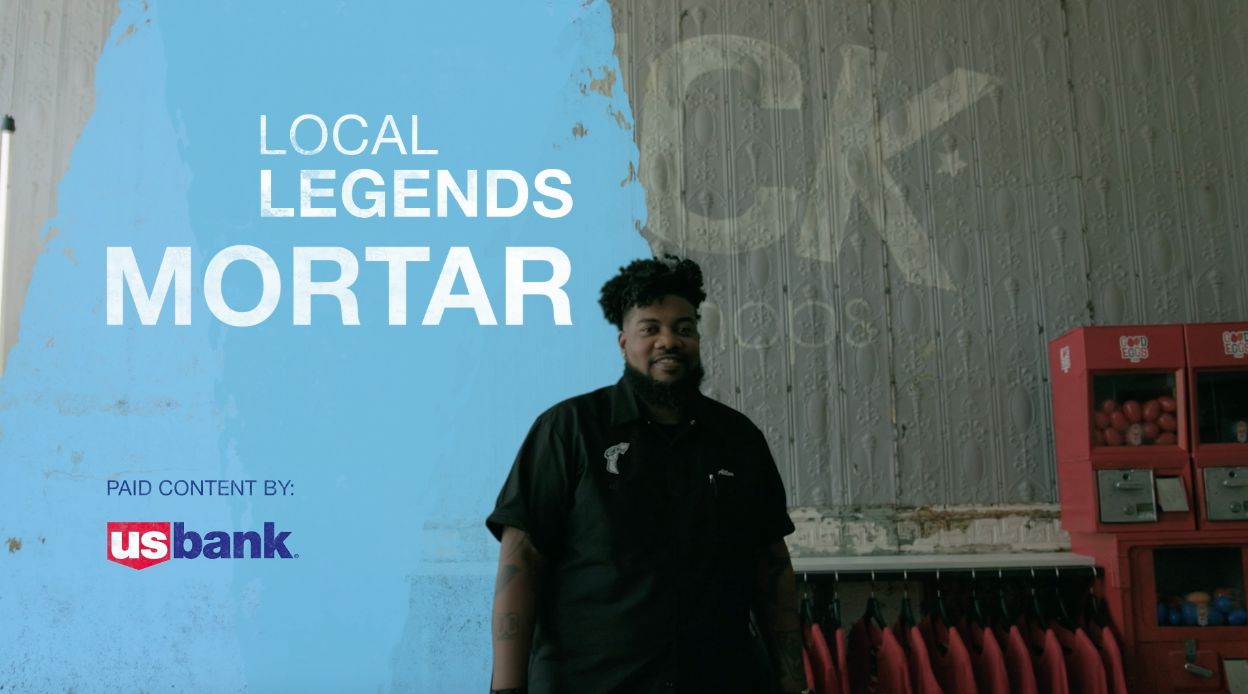 The Foundry @ Meredith, US Bank