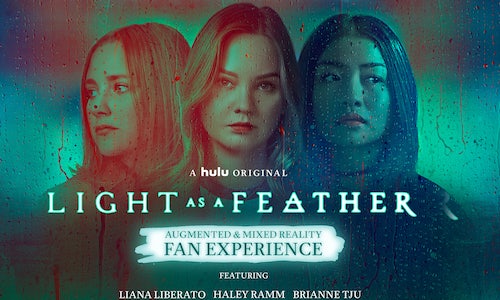 Light as a Feather XR Experience

Awesomeness, the leading studio for Gen Z, partnered with ViacomXR, an innovation lab focused on emerging VR and AR technologies, and Magic Leap, a spatial computing company, to give attendees an all-new Light As A Feather XR Experience at VidCon.   To promote the season 2 return of the hit Hulu show Light As A Feather, Awesomeness endeavored to create a tech-forward, interactive storytelling event activation that would give fans a uniquely immersive augmented and mixed reality experience that placed them at the center of the series alongside their favorite characters.

Strategy: Awesomeness, the leading studio for Gen Z, partnered with ViacomXR, an innovation lab focused on emerging VR and AR technologies, and Magic Leap, a spatial computing company, to give attendees an all-new Light As A Feather XR Experience at VidCon.

Tactics: Create an immersive-on-all-fronts experience that incorporates 3 major elements to supercharge the growing series buzz among fans: 1) Using volumetric video to allow audiences to explore their environment and their favorite characters in 3D from all angles in the Magic Leap and Mixed Reality Cube 2) Leveraging the popularity of the series’ social influencers cast, who together reach a combined 47M followers and 3) Further engaging fans around VidCon by creating a first of its kind AR lens scavenger hunt.

Execution: Debuting at VidCon, fans were able to join the cast of the hit Hulu series in a two-part augmented and mixed reality experience on the convention floor. The mixed reality cube gave fans the opportunity to play the game light as a feather with lifelike avatars of the cast, along with creating a unique video of the experience to share on social. Through the Magic Leap headset, fans were able to fully immerse themselves in the world of Light As A Feather by experiencing digital objects interacting with the physical world around them by completing an augmented reality scavenger hunt. Magic Leap’s spatial computing technology allowed us to combine computer vision and artificial intelligence to seamlessly integrate virtual content into the real world around us. To further engage fans with the activation, attendees were encouraged to explore the VidCon plaza by finding each of the five characters from the fan activation by scanning a Snap code. Upon finding each character, the fan will be given clues to find the next character. Upon finding all 5, attendees were able to win a special prize. The AR lens is the first lense to utilize volumetric capture.

The Light as a Feather augmented and mixed reality fan experience is the first-ever volumetric XR narrative to explore a television series in an interactive and volumetric landscape using a Magic Leap device and is a great look into how more series can be adapted for hands on opportunities for audiences to feel further connected with brands. The XR experience allowed Awesomeness and ViacomXR to be at the cutting edge of where technology meets storytelling, all while pushing the bounds of what the next generation of entertainment can be for Gen Z. By throwing traditional marketing out the window, Awesomeness embraced the power of next generation XR technology, making the season 2 launch of Hulu’s Light as A Feather not just a trend-worthy, buzz-building success among Gen Z influencers – but also a boundary breaking step towards the future of entertainment. The Light as a Feather app is now available in the Magic Leap store.

Video for Light as a Feather XR Experience 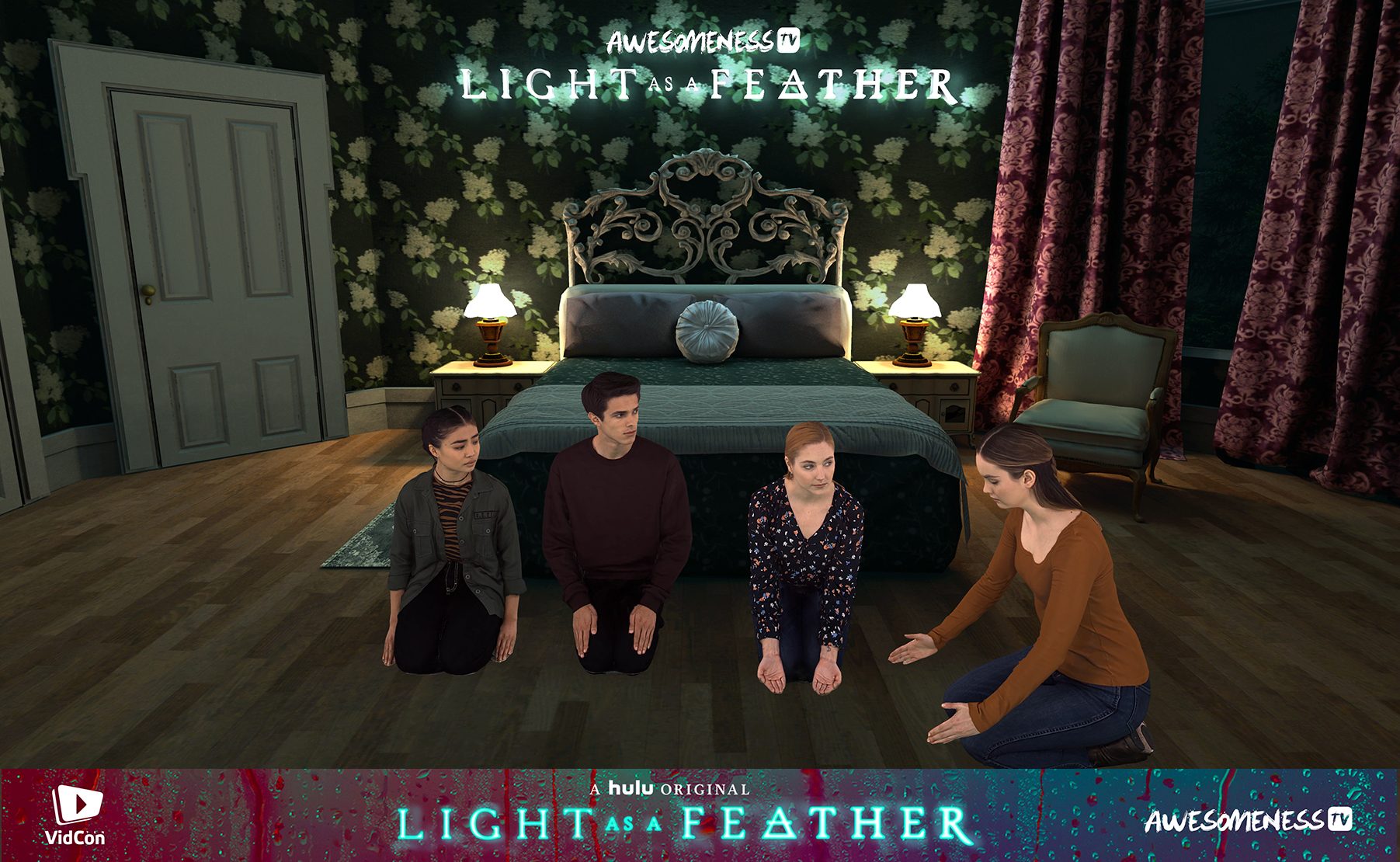 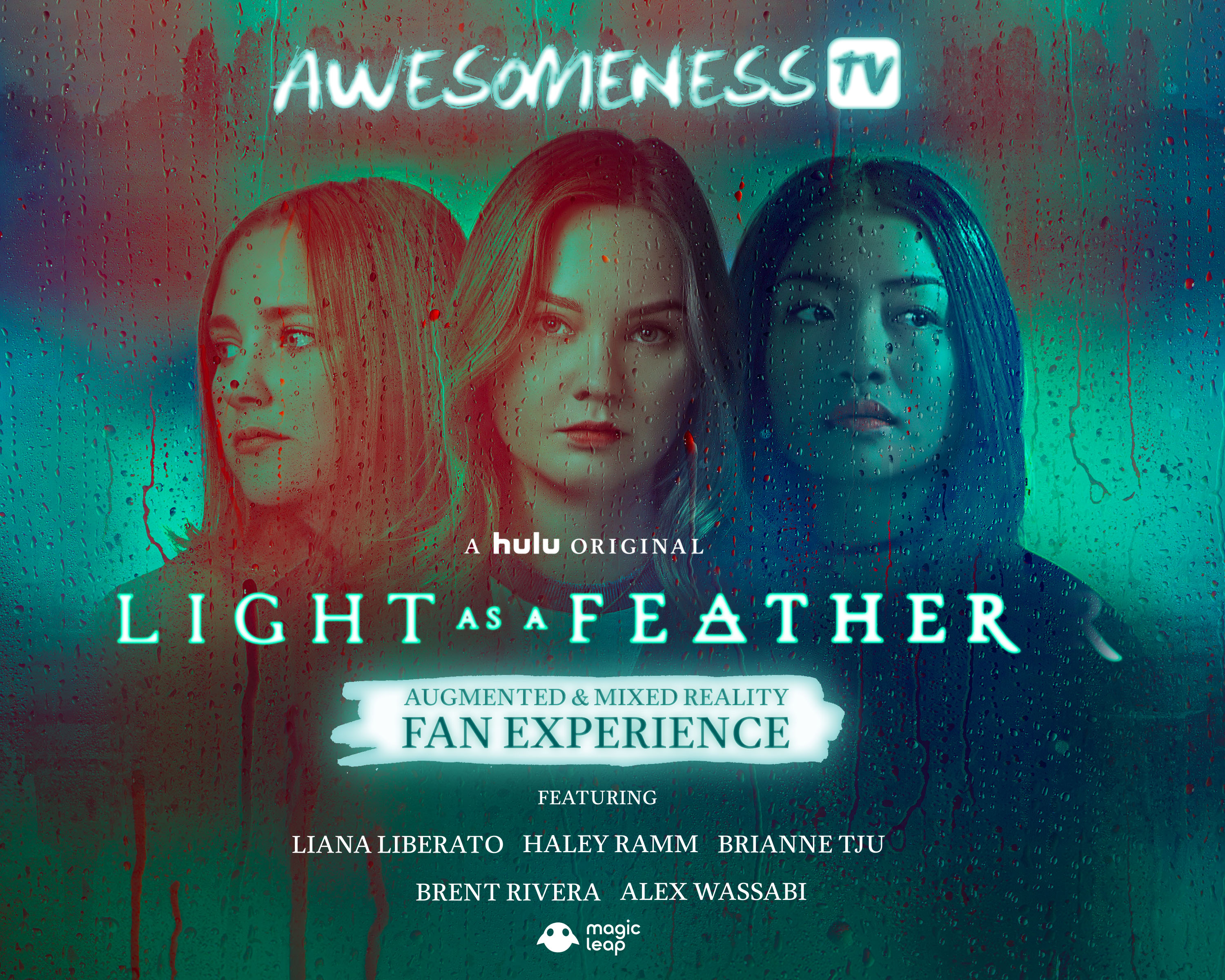