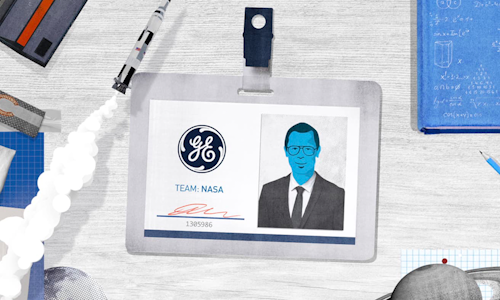 GE has a long legacy of progress & innovation, solving problems in energy, healthcare, & aviation: from the first lightbulb to America's first jet engine. But maintaining the legacy of a 125+ year old company has its ups and downs and the last few years for GE have been specifically tough. It has faced hurdles in energy markets, criticism from wall street, and supplier issues that have negatively impacted not just the public’s perception of the company, but also the morale of its own employees. As a major force in industrial technology, we set out on a program to restore that identity of scientific advancement.

The perfect moment to start that program? The 50th anniversary of the Apollo 11 moon landing, one of the biggest science moments of 2019. GE's role in the moon mission was massive—developing vital testing equipment, guidance systems, and even Neil Armstrong’s boots. But that was 50 years ago. We needed to harness this cultural moment to remind the world that when it comes to big challenges—whether it’s going to the moon or powering nations—GE employees are up to the task. And it just so happens that’s a multi-generational belief at GE.

We had a simple but difficult objective: increase employee and market perception of GE to help restore confidence in the company.

Knowing the microscope that the brand has been under, we opted to keep things direct to focus on the most important aspect of the creative: the story.

We needed to harness this cultural moment to remind the world that when it comes to big challenges—whether it’s going to the moon or powering nations—GE employees are up to the task. In fact, it’s in their DNA and the history of the brand. On top of that, we needed to stand out from other B2B companies and competitors who would surely jump in with their own perspectives. And there’s no better way to humanize a company than by telling a human story.

After a two-week-long, company-wide search, we discovered the unbelievable story of GE Power employee, Victoria Hubbard. Today, Victoria works on powering nations with amazing turbine technology. 50 years ago, Victoria’s father also worked for GE...on the Apollo 11 program. Unfortunately, Victoria’s father passed away before he could see her follow in his GE footsteps. To celebrate this amazing family story and GE’s role in Apollo 11, we recorded and animated a visual letter from Victoria to her father. The video is voiced by Victoria and includes visual references to NASA’s Johnson Space center, actual period schematics, and even an illustration of her father’s ID badge. While other B2B brands wrote press releases or created ‘talking-head’ videos, we opted to lead with emotion and humanity.

Our intent with this video, and others we distributed throughout the year, was to demonstrate that repeatedly exposing our audiences to the human side of GE would help engender positive sentiment towards the brand.

By looking at a combination of increased consumption metrics—video view rate, video retention rate, video completion rate—and positive user sentiment, we could point towards moving this perception in a positive direction.

The high retention, tune in numbers, and cost efficiency all indicate that our targeted audiences tuned into our story, watched it to completion, and that our media was effective in reaching them.

Video for Letters From Apollo 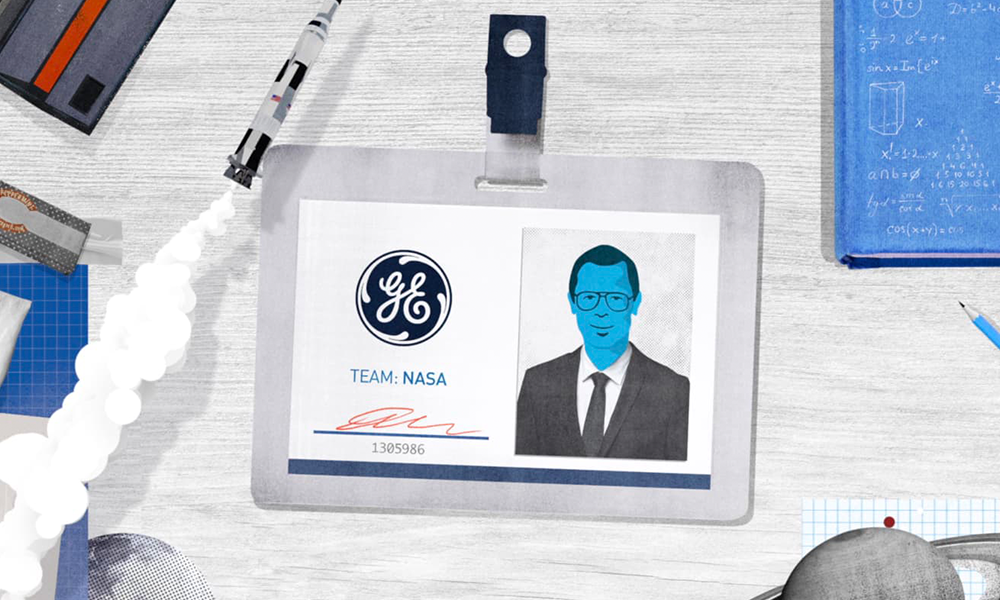