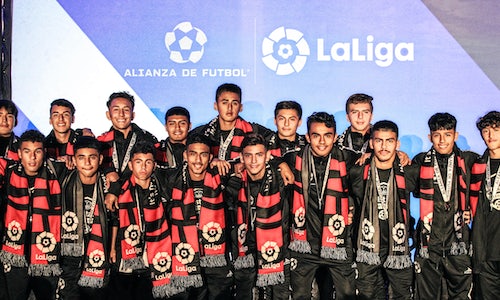 Soñando con LaLiga details the experience and progress of the 17 players from the Allstate Sueño Alianza National Showcase while they traveled to Spain and competed against LaLiga academies and in front of LaLiga coaches and scouts. Several of the players were selected for trials by LaLiga teams throughout assorted divisions and will have the chance to play professionally in Europe.

These players, from underserved communities in the US, would have been left out by the traditional pay-to-play system of organized youth sports. The trip was an initiative within LaLiga North America and Alianza de Futbol’s partnership, and continued their shared commitment to grow soccer at a grassroots level and provide the Hispanic community opportunities they otherwise would not have access to via the game. The series includes interviews with players, detailing their journey to discovery throughout the Showcase and what led them to this trip, their backgrounds, and their expectations for the future

Since its inception in 2018 via the joint venture with Relevent Sports Group and LaLiga, LaLiga North America has remained consistent in their work to achieve their overall mission—to help grow the sport by creating and fostering a community of players, fans, and supporters in the US and Canada. Soñando con LaLiga showcases the passion, determination, and excitement these young players bring to their game, that would have been left undiscovered if not for Alianza de Futbol and this partnership with LaLiga.

Dedication, assertiveness, and commitment to elevating the sport, building communities, and growing awareness and market share of LaLiga, the clubs, and its partners is key to acheiving LaLiga North America's mission of expanding the sport of soccer in North America at a micro and macro level.

Soñando con LaLiga is the first documentary created by the LaLiga North America team that fully exemplifies the grassroot efforts started via the company's creation in 2018 in the joint venture between Relevent Sports Group and LaLiga, that continue today.  While most leagues are simply trying to extract more value from its TV rights every cycle, LaLiga North America’s strategy is one of investment and organic growth via youth programs and initiatives, community building, and establishing local connection and engagement that is already showing positive results and has a better chance of success in the long run.

As specific part of this overall strategy is to develop a content slate focused on reaching Hispanics -- first generation in Spanish, second and third generation in English-- to create a broader, younger, more diverse, multicultural audience and community of viewers. This ties directly into youth-focused iniatives such as the Alianza trip to Spain, to create lifelong participation and appreciation of the sport as well as options and opportunities that have been lost to underserved communities and talent living within them.

The players selected were done so via LaLiga North America's partnership with Alianza de Futbol, the largest and most prestigous scouting program in the US that allows Hispanic soccer players the chance to be observed by coaches and scouts from LaLiga, US Soccer, FMF, MLS, USL, Liga MX, and the best college programs in the country.Between May and September, the program toured in 10 cities throughout the United States and saw over 5,000 players participate. These 5,000 were narrowed down to the top 50 that participated in the Allstate Sueño Alianza National Showcase. LaLiga coaches attended the event and selected 17 players, who traveled to Spain and were the subjects in the documentary.

The purpose of creating the series was to examine these players' journeys over the course of the trip-- particularly where they came from, what this opportunity means to them, and what they hope to acheive. By providing a platform to be heard, the series created a forum for discussion around the importance of evaluating players from all backgrounds, and why the traditional pay-to-play system of organized sports marginalizes entire populations of players that have the talent and work effort to play professionally or for a college program of their choice.

Soñando con LaLiga was created to speak to demographics that might feel left out or alienated and are providing tangible examples of the hard work being put into providing these platforms via the sport of soccer and by companies like LaLiga North America and Alianza de Futbol.

Non-statistical success from the series includes the fact that several of the 17 players were selected for trials by LaLiga teams throughout assorted divisions and will have the chance to play professionally in the world's best leauge as a direct result of this iniative. Additionally, a second trip has been planned for 2020 to follow the success and participation from 2019, hitting our goals of continuing to provide opportunities and options to the Hispanic community in the US via the sport of soccer that might not have otherwise been available.

Since it's been released on January 21 of 2020, impressions for the series are as follows:

Numbers are increasing on a daily basis. 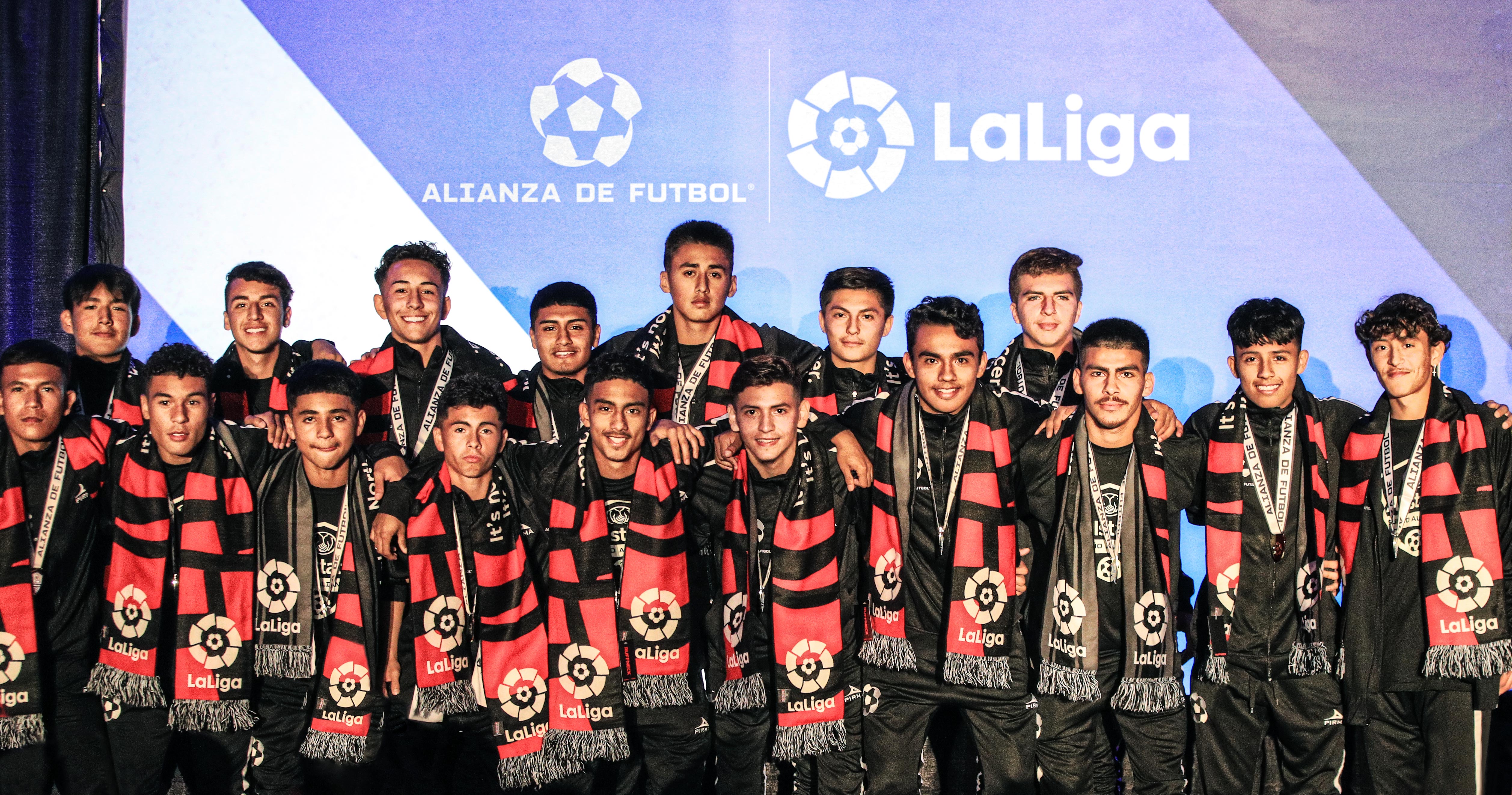