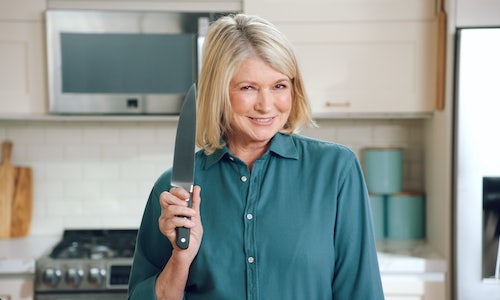 What do you get when your studio partner and their nail-biting murder mystery film task you with raising awareness to the broadest audience possible? Martha Stewart selling killer knives of course! Our team was challenged to create a custom integration for Lionsgate’s ever so clever film, Knives Out. Our goal was to produce a mass appealing campaign that could work for Viacom’s suite of networks and was tonally consistent with the mysterious, smart and fun film. Knowing that the knife in the film was equally as critical to the story as the rest of the cast, we really wanted to give it a moment to shine. The result? Knives Out Knives—the perfect kitchen accessory for slicing vegetables or throats... your pick!

To drive mass appeal, we knew that we needed to leverage Viacom talent that could resonate beyond just one channel. Luckily, we were able to secure our top choice to star in our spot, Martha Stewart, one of VH1’s biggest stars from her hit Martha and Snoop’s Potluck Dinner Party series. With America’s kitchen, our team came up with a cutting-edge custom creative that was in the style of a traditional informercial. Our spot perfectly highlighted the tone and humor of the film, as well as touched on a matter that was timely of the film’s Thanksgiving release- surviving holiday gatherings with your family!

Knowing it would be difficult to align our shoot with the schedules of the film’s A-List celebrities, we developed two script scenarios that featured Martha only as well as both Martha and film talent. Fortunately, in a last-minute turn of events, we were able to confirm Jamie Lee Curtis’s participation, capturing her portion separately at Lionsgate’s content day. Our team was then able to integrate footage from both shoots into a seamless and impactful narrative.

Creative was seeded out across the Martha and Snoop show handles to reach fans where they already expect their Martha content, utilizing Twitter and Instagram. Additionally, both Jamie and Martha shared on their social handles, and in a serendipitous bout of synergy, they also appeared on the Today Show on the same day that our creative was taking off.

Knives Out Knives went undeniably viral, earning multiple press pick-ups that included a write-up in Time. The piece received shares and retweets far and wide, with social support from the film’s director and cast. The earned social chatter reflected an 89% sentiment of joy, with the remaining emotionality representing the excitement fans used with an inherently “scary” tone while talking about a thrilling movie, and over 600k impressions earned just from the Viacom-owned handles. The studio also pushed creative on their Facebook platform and earned +27M views, becoming the top spot of their entire national campaign. Martha Stewart and Jamie Lee Curtis are the dynamic duo the world didn’t deserve, but Viacom delivered! 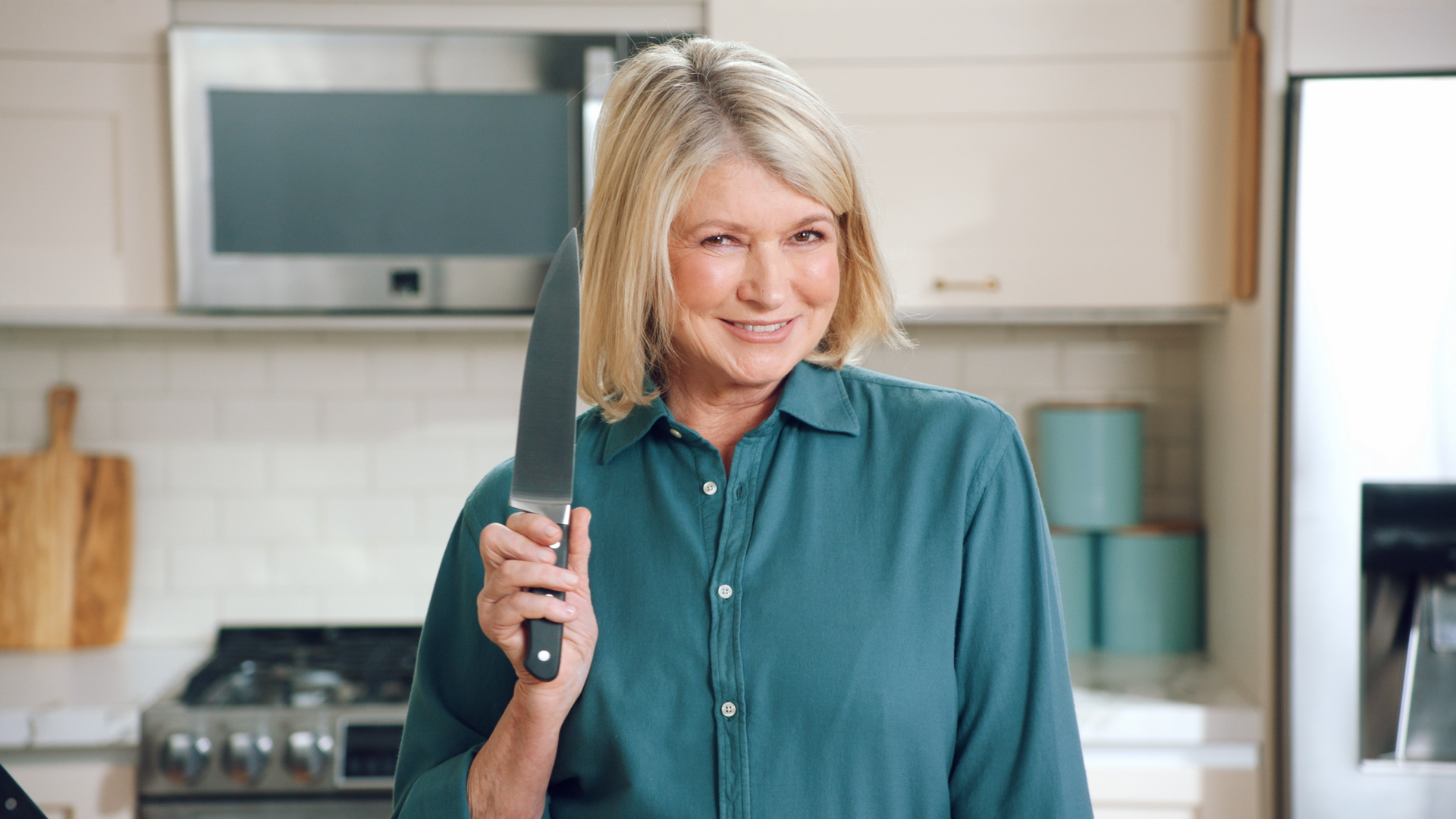