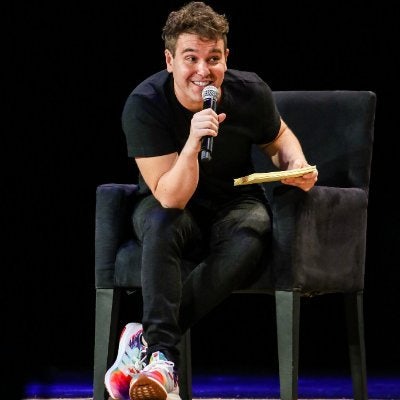 Speechwriter for Barack Obama and Hillary Clinton, screenwriter for HBO’s The Newsroom, and founder of Crooked Media, Jon Lovett has an in-depth knowledge of how the political world works from behind the curtain. As a co-host on Pod Save America, he gives his audience of millions a glimpse into how the big decisions are made. Since launching in 2017, the podcast averages more than 1.5 million listeners per episode. Now with nearly three-quarters of a million Twitter followers, Jon is a political mover-and-shaker in his own right. With the 2020 election right around the corner, keep an eye on Jon’s feed for fresh insights into the #resistance.