It's Gonna Be Maytag

May is a critical month for the Maytag business. Every year the brand runs its May is Maytag Month promotion, where consumers can purchase select Maytag appliances and receive a rebate by mail. By virtue of its name, Maytag tries to “own” the month of May, and every year it seeks new and creative ways to make the promotion memorable.

But, like many traditions, it’s hard to get younger generations to play along and be interested in an appliance brand. While Millennials aren’t the largest segment of appliance purchasers, they are the customers of the future, and their brand loyalty is up for grabs. They are also the drivers of social media, where our campaign needed to get its traction.

Our goal was to make it the best May ever, generating a lift in Maytag consideration, preference, and purchase intent. Given these challenges, we decided to pursue a risky gamble: Maytag was going to hijack a well-known Internet meme.

It was important to be both relevant and irresistibly shareable. What better way to hijack “It’s Gonna Be May” than to replace boy band heartthrob Justin Timberlake with the icon of dependability, The Maytag Man in the brand’s own version of the meme?

Using the April 30th rollout, Maytag took a totally unexpected play on “It’s Gonna Be May” so the brand would be perfectly positioned to own the rest of May for their May is Maytag Month promotion. The creative team made sure the brand was driving the joke, delivering a wry wink to the legion of NSYNC fans, internet meme aficionados, and industry watchers in search of memorable content.

But why stop there? Maytag acquired the rights to NSYNC’s original “It’s Gonna Be Me,” and re-cut one of its Maytag ads to the song, unleashing a fully integrated campaign to drive awareness for May is Maytag Month, including precision hashtagging, real-time social listening, strategic meme influencers, a Pandora radio partnership and exclusive media interviews with original NSYNC members Lance Bass and Joey Fatone.

We launched on April 30th, and within hours, earned media and delighted consumers were spreading love, respect, and views for Maytag’s creative twist on the Millennial meme. It turned out to be more than good fun. The 2019 May is Maytag Month campaign was a success, garnering 118 earned placements totaling more than 169M impressions, including 69 local broadcast segments, nearly tripling expected results. Earned media highlights include coverage in Fox News, PopCulture.com, Daily Dot, Alist Daily, USA Today, PRWeek, AdAge as well as syndication on the CNN wire.

Influencer partners made a strong connection with their followers, driving more than 2.2M engagements. Paid amplification of influencer content saw strong resonance with the younger audience, with 71% of paid engagements coming from 18-34 year olds, proving the campaign hit the brand’s Millennial target.

On social, the meme generated 4.2K mentions using the #ItsGonnaBeMaytag hashtag with 181x more mentions of the Maytag Man on Twitter. The re-cut Maytag “factory” ad spot garnered 50K+organic video views on YouTube in the first two days, with Maytag searches on YouTube more than doubling. The brand also saw people discussing the campaign on social media and inserting Maytag Man memes on their Instagram Stories.

Consider May officially “owned” by Maytag. 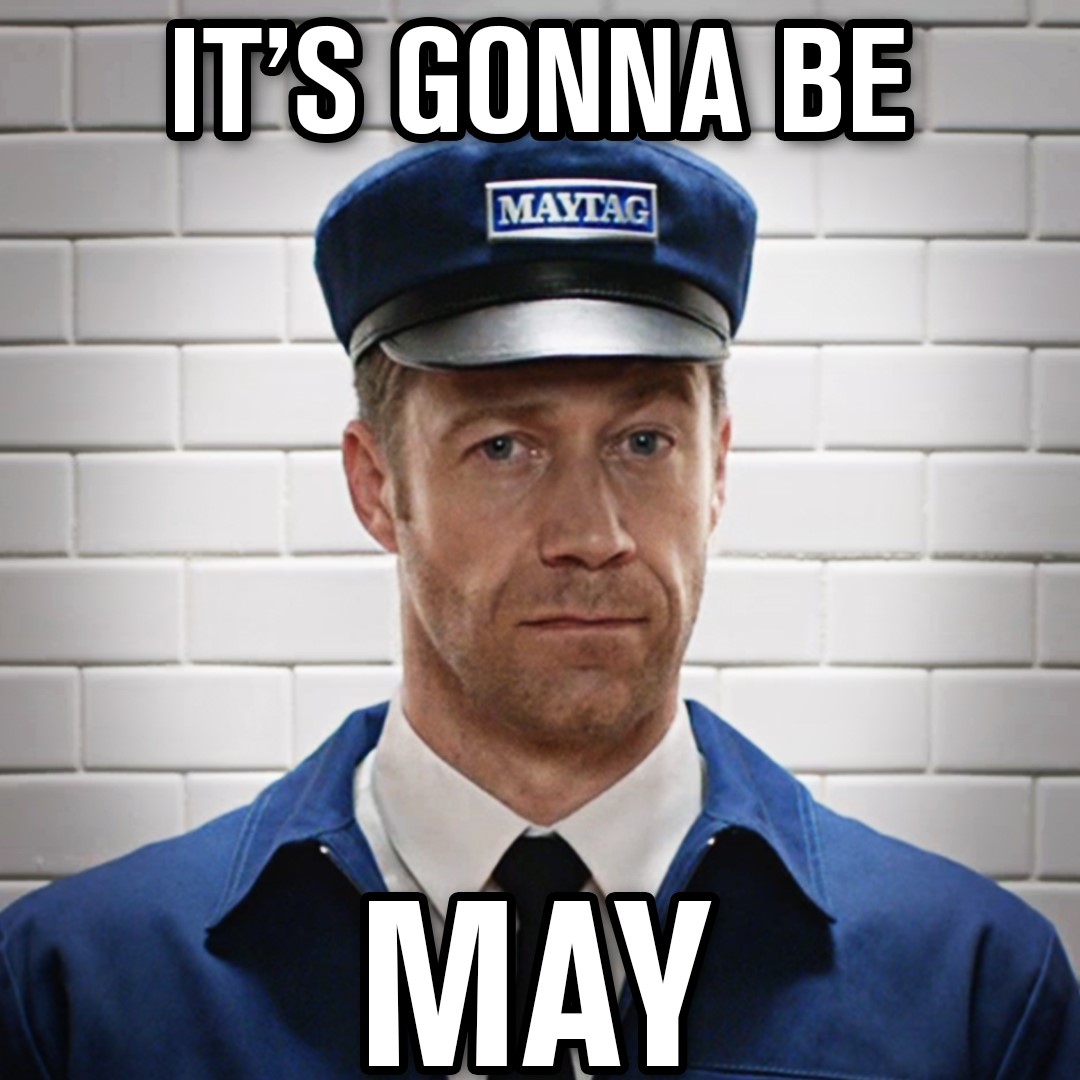