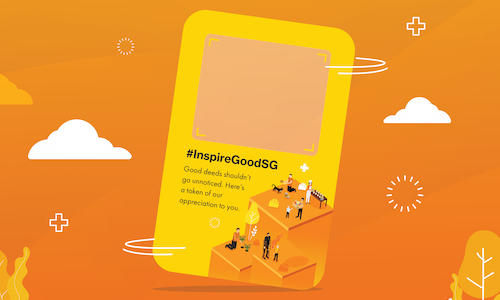 Maybank's brand purpose is to humanise financial services. It's about getting involved and acting in a manner that positively impacts the communities they serve. However, many are still unaware of this brand purpose. Our goal, therefore, was simple: Reach out to Singaporeans and build meaningful connections that will instil the notion that Maybank is more than a financial institution, it's one that strives to do good for the community.

With a limited media budget, we knew from the start that the campaign had to be cause-led, something that can move thousands of Singaporeans into action while championing Maybank's brand purpose. That's why we came up with a social initiative that was audience-driven. We gave them the reigns and trusted that they would keep the campaign moving by tapping into one human compulsion, our desire to do good. From there, the #InspireGoodSG movement was born.

To drive and track this social movement, we needed to anchor it on something real that would inspire people into action and share their stories online. So we kickstarted the campaign by giving out the #InspireGoodSG card. A person who has done a good deed will receive an #InspireGoodSG card that they can use to redeem a small monetary reward which they can either choose to keep or donate to one of Maybank’s charity partners. We encouraged them to share their stories on our website so that their deeds can inspire others. They can then pass the card on to another person to keep the cycle moving.

We then reached out to prominent Singaporeans on social media who believed in our cause and asked if they were willing to share their personal stories on their own social media handles. Over 30 key opinion leaders & influencers such as Drea Chong, Paul Foster, Angelique Teo, Charmaine Yee and Fauzi Aziz, were more than happy to join the movement and help us inspire a wave of good across Singapore. Through this, we were able to collect thousands of stories that will live beyond the campaign, that people can come back to for inspiration to do good.

As the lead agency on this initiative, we were involved from conceptualisation to execution. We were responsible for campaign ideation, card design, project management, assets development, campaign microsite UI/UX development and social media management. From interacting with other brands on social media to championing everyday heroes whose stories inspired others to join the movement, our team used multiple digital strategies to boost our reach cost-effectively.

The #InspireGoodSG movement stands out in the fact that it celebrated and recognised good deeds no matter how big or small. It inspired a movement that can live on beyond the campaign. But most importantly, it showed that there's good inside all of us and revealed that Singaporeans were willing to go to great lengths to help each other. All it took to spread was a little inspiration and a human touch.

The #InspireGoodSG campaign reached 241,829 people on social media within 10 weeks; attained a high PR value of S$759,340, worth 35 times our investment; garnered 2,039,126 video impressions with 212,329 completed video views. It also inspired 2,687 people to join the movement and share their own stories and inspire others. Each #InspireGoodSG card was passed on an average of 2.8 times. The campaign also raised funds for our charity partners. 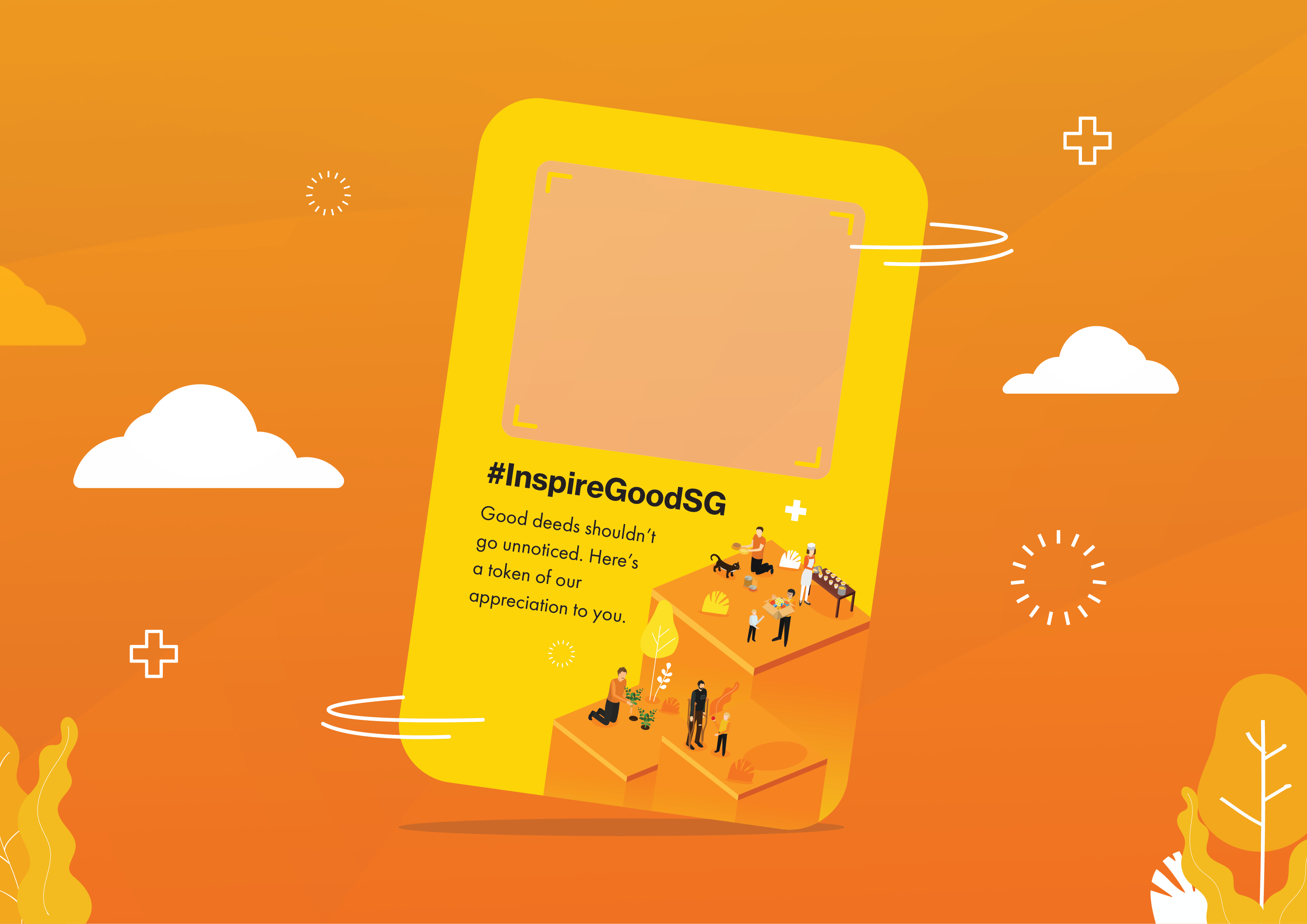 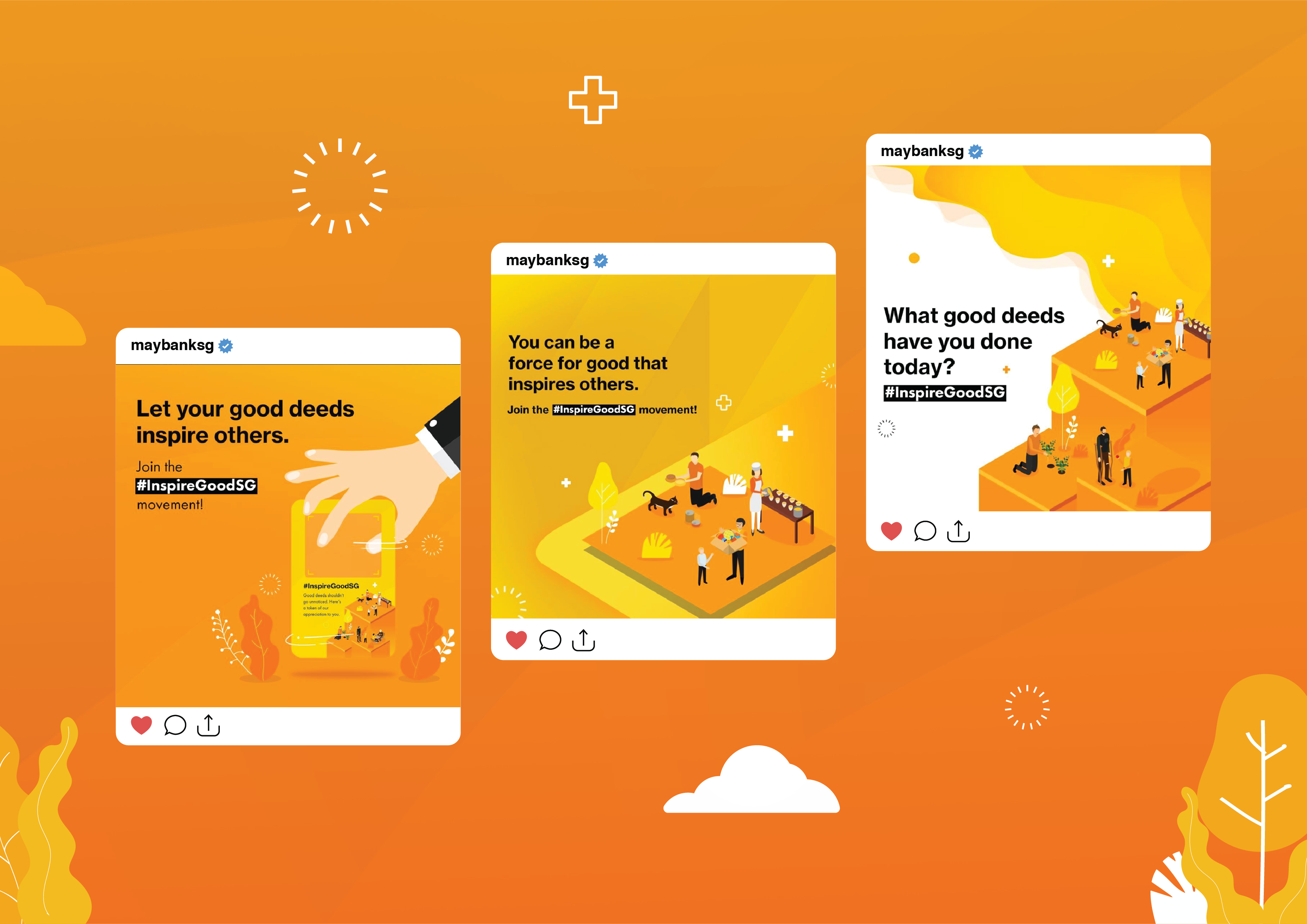 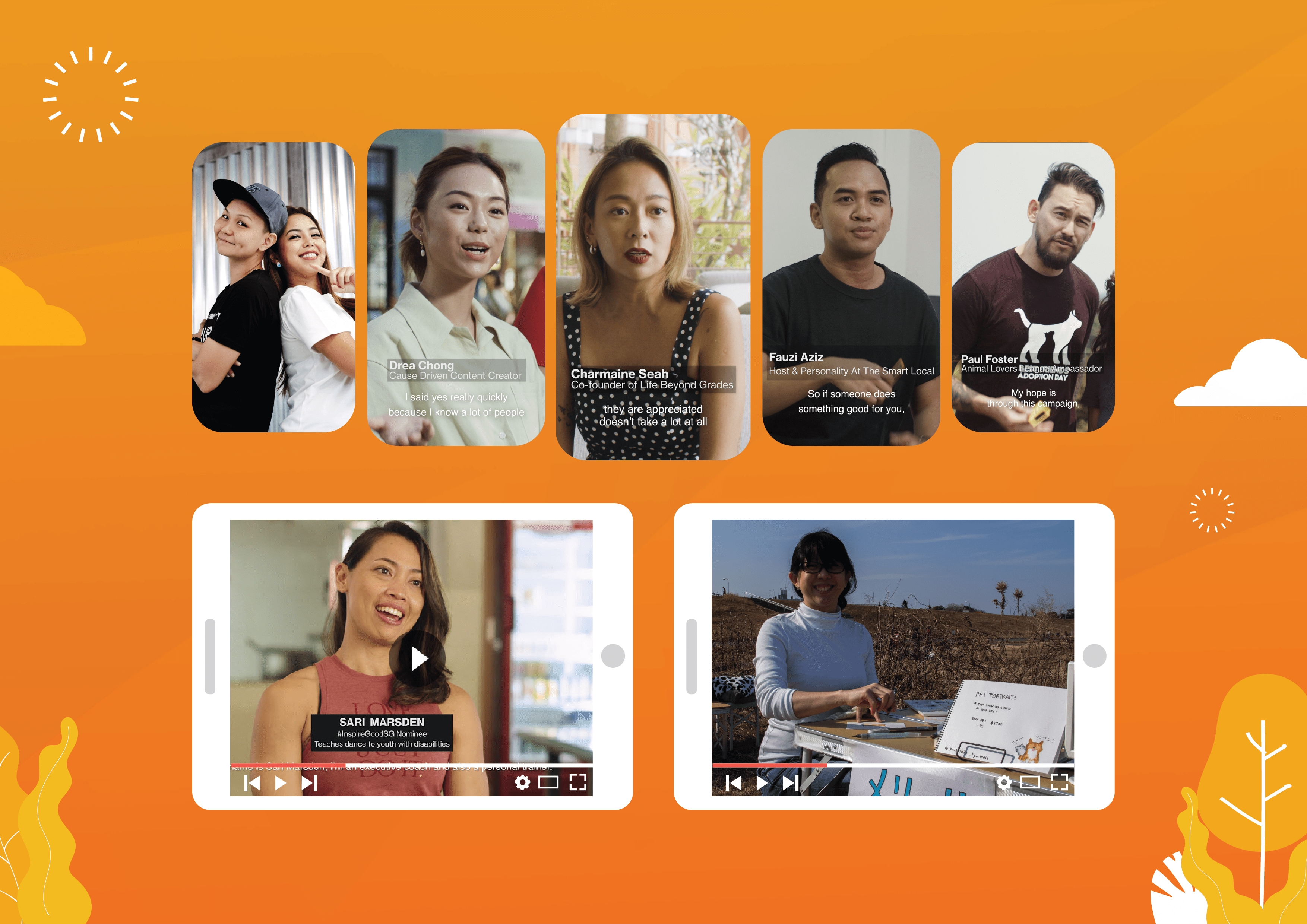