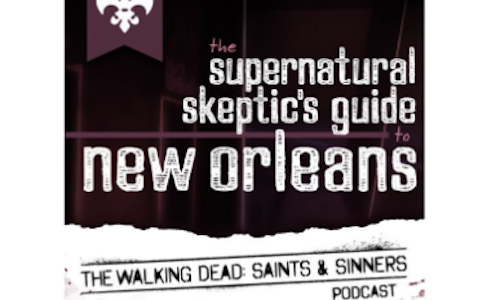 Immersing Fans Into The Audio World of The Walking Dead

In order to drive awareness and excitement for their virtual reality game, The Walking Dead: Saints & Sinners, Skydance Interactive, a division of Skydance Media, and Skybound Entertainment created ‘The Supernatural Skeptic's Guide to the Big Easy’ narrative podcast, a cross-platform, episodic ARG that served as a companion for the game and gave listeners a more intimate experience with the world of The Walking Dead: Saints & Sinners game.

Hosted by seasoned voice actress Mara Junot (known for her roles of Christa and Anna Correa in the award-winning Telltale’s The Walking Dead video game series, as well as Nyoka in The Outer Worlds, and characters in Mortal Kombat 11,  Rage 2 and Guild Wars 2: Path of Fire). Mara’s experience with The Walking Dead franchise added a layer of authenticity and intrigue as listeners followed along with her character Sarah Bennett, the host of a local radio series investigating urban legends and paranormal tales in New Orleans.

The game, which launched in January 2020, was well received upon its release for its visceral gameplay mechanics, robust crafting system and gruesome combat. The Walking Dead: Saints & Sinners offered players an immersive experience unlike any other, in which they live The Walking Dead, fighting the undead, scavenging through the flooded ruins of New Orleans and facing gut-wrenching choices for themselves and others in order to survive.

As an immersive Podcast experience, The Supernatural Skeptic's Guide to the Big Easy introduced a brand-new story for The Walking Dead: Saints & Sinners. Voiced by acclaimed voice actress Mara Junot and sound designed in immersive and chilling detail, this ten-part horror odyssey served as a companion for the upcoming virtual reality game, and helped set the stage for the types of characters and encounters they would face in The Walking Dead: Saints & Sinners, and the gut-wrenching decisions players would need to make in order to survive.

The podcast also opened the overall story of The Walking Dead: Saints & Sinners up to online debates about how it the two were connected, further driving engagement from consumers as well as anticipation ahead of the game’s launch. Mara’s chilling depiction of Sarah Bennett’s journey as the epidemic unfolds in New Orleans gave players an early glimpse of the tone of the game, and the horrors that await them.

Lastly, Skydance Interactive treated players to a special Easter egg in-game, in which explorers could come across the worn-out radio Sarah Bennett used for her broadcasts. In the game, the main character wonders about the stories that were broadcast through it, alluding to the podcast and Sarah’s horrifying tales.

The Supernatural Skeptic's Guide to the Big Easy generated tens of thousands of plays across various streaming platforms within the first month of its release. Fans listened to the Podcast across Apple’s Music app, Spotify, Stitcher, iHeartRadio and more.

Furthermore, Skydance Interactive’s PR team utilized the launch of the podcast to promote the upcoming release of The Walking Dead: Saints & Sinners, and secured an exclusive interview with Mara Junot on The Hollywood Reporter.

Polygon - "revels in a personal, firsthand sense of violence and gore that could only be delivered through VR"

Trusted Reviews - "The Walking Dead: Saints and Sinners is a fully-fledged VR experience well worth experiencing"

UploadVR - "easily the best zombie game in VR to date" 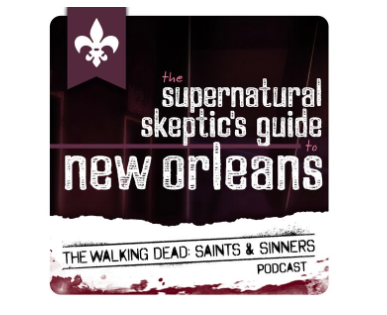