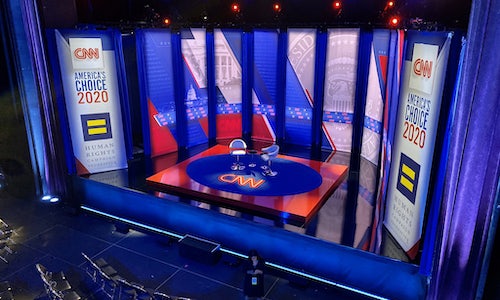 Ahead of the 2020 election, HRC Foundation was eager to have the Democratic presidential candidates share their visions and agendas on LGBTQ issues.

Today, LGBTQ people are still at risk of being fired, evicted or denied services in 30 states. Kids are still subjected to the child abuse known as “conversion therapy” and facing bullying and rejection. More than 100 transgender people, mostly women of color, have been killed in this country in the last few years as hate crimes are on the rise. Transgender troops have been banned from serving openly. LGBTQ Dreamers and asylum seekers are under attack. Our country is not meeting the challenge of preventing and ending HIV.

Since 2016, HRC identified more than 57 million “Equality Voters” nationwide who prioritize LGBTQ-inclusive policies, including marriage equality, equitable family law and laws that would prohibit discrimination on the basis of sexual orientation and gender identity. In 2018, LGBTQ voters cast ballots in higher numbers than the general population. LGBTQ voters cast more than 7 million ballots in all -- a turnout of roughly 70%, compared to a turnout of 49% among the general population -- and comprised 6% of the entire electorate.

It was crucial the “Equality Voters,” and millions more, were to hear how the 2020 presidential candidates are prepared to lead us.

With that in mind, HRC Foundation was determined to host the first-ever live cable news broadcast presidential town hall dedicated to LGBTQ issues. And with help from CNN, that’s exactly what we did.

The Equality Town Hall took place on Thursday, Oct. 10 in Los Angeles, California. The timing was crucial: The event took place on the eve of the 31st annual National Coming Out Day, a celebration of coming out as LGBTQ or as an ally. It also took place during LGBTQ History Month, when many journalists were looking for stories on LGBTQ issues.

CNN exclusively aired the event live during prime time on CNN and CNN en Español, which was vital for reaching the Spanish-speaking Latinx community. It was also aired on mobile devices via CNN's apps for iOS and Android, and via CNNgo apps for Apple TV, Roku, Amazon Fire, Chromecast and Android TV. HRC Foundation wanted to ensure the event was as accessible as possible.

HRC Foundation and our movement partners solicited a wide range of questions and topics from diverse community members to ensure the major issues facing our community were addressed. We heard questions from Gavin Grimm, Judy Shepard, Shea Diamond, parents of transgender children, transgender veterans, people living with HIV and more.

While it was filmed in Los Angeles, we wanted to make sure the audience was aware of the events and engaged broadly beyond the room. We set out a robust social plan ahead of the event that e-mails, SMS messages and ads, and posted dozens of times ahead of the event across our platforms. We also raffled off a seat for one lucky winner who donated to HRC Foundation to attend the event.

We were able to invite dozens of celebrities and influencers to the event and encouraged them to post on social throughout the evening. Queer Eye’s Bobby Berk, Indya Moore and Angelica Ross of Pose, Disney star Joshua Rush, actor Jeffrey Bowyer-Chapman, activist DeRay Mckesson, Marvelous Mrs. Maisel star Jane Lynch, host of Keep It podcast Ira Madison, retired NBA player Jason Collins and more, we were able to bring together a wide range of influencers who shared their thoughts and feedback in real time on Twitter and Instagram, which HRC Foundation readily shared across our platforms as well.

HRC’s members and supporters set up watch parties across the country to bring community members together. The watch parties included opportunities to register to vote, become an HRC member and everyone’s favorite -- debate bingo boards -- to keep them engaged during the event.

Millions around the country tuned in to the town hall. Community members spoke up about urgent needs facing our community. It was the first time many people - not just LGBTQ people - heard about these issues on a national stage.

It was inspiring and empowering to see LGBTQ community members bring forward the epidemic of transgender violence, sex work, the need for the Equality Act and more.

All nine candidates lifted up their presence and responses across their social feeds that day and evening. They were not only touting their participation, but embracing LGBTQ issues before and during National Coming Out Day.

Our initial announcement of the town hall had more than 20 million impressions on Twitter, and throughout the event we posted video clips in real time. We were able to disseminate news and highlight viral moments, like when transgender youth advocate Jacob asked Elizabeth Warren about protecting his rights. This one clip alone received more than 340K views on HRC’s Twitter feed.

#EqualityTownHall was a trending topic nationwide, beating out the NFL, Trump and Grey’s Anatomy. There were more than 50,000 tweets about the event across Twitter and our Instagram story had more than 280K views.

Our robust communications plan for the event resulted in more than 1,200 news articles with more than 2,795,710,461 unique views.

The town hall was also featured as the cold open on SNL the following Saturday, which was quite the way to honor and wrap up this historic event. 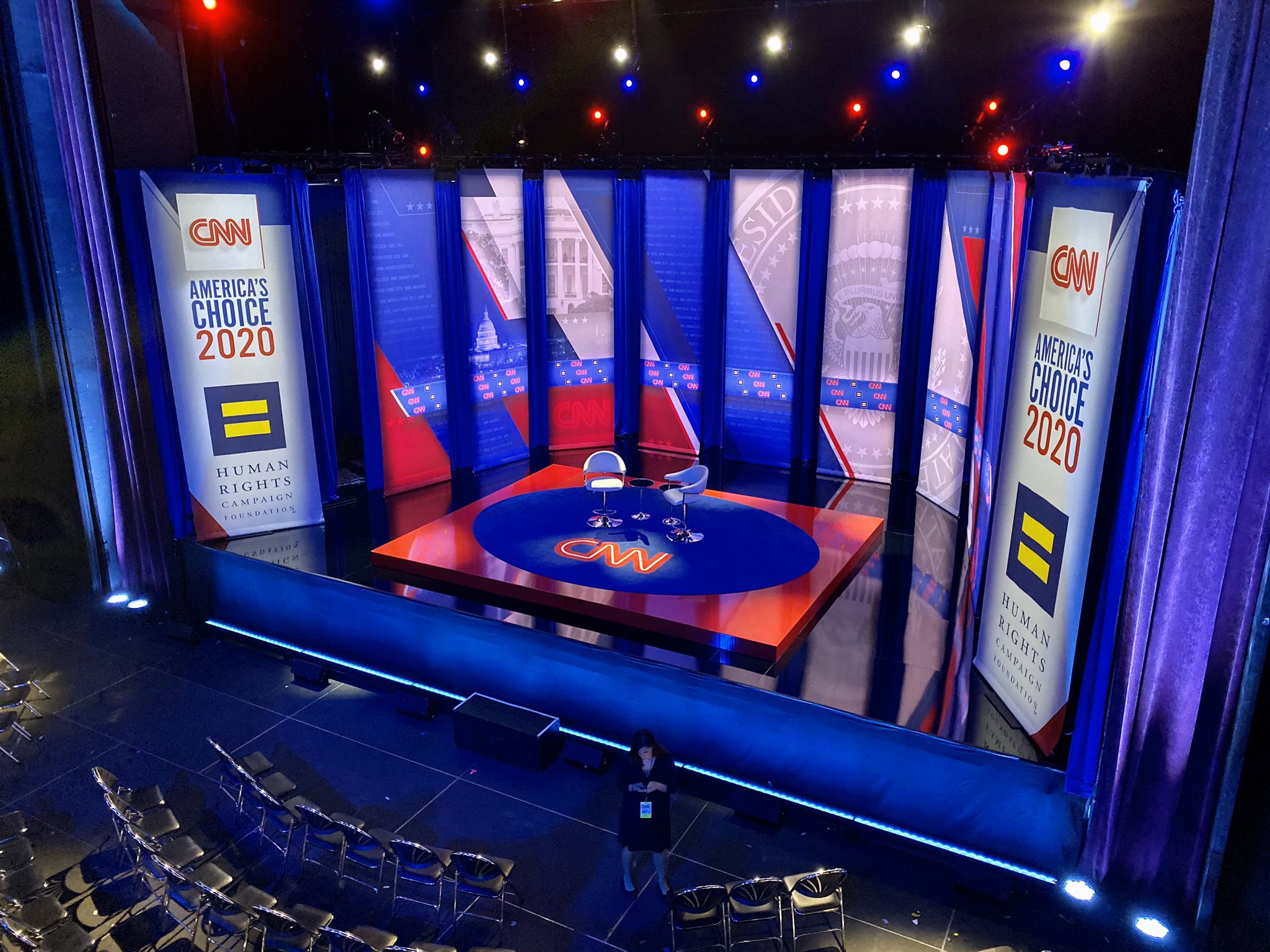