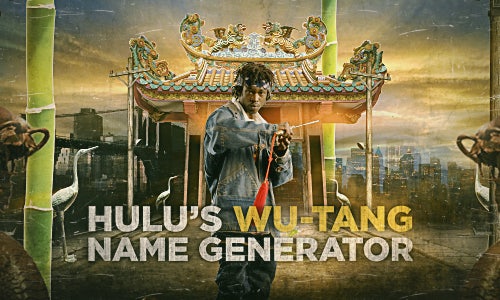 Wu-Tang Clan ain’t nothing to f*ck with. Going into Season 1 of the Hulu original series, Wu-Tang: An American Saga, we knew we had to get Wu-Tang fans hyped and leverage them in promoting the show to wider audiences.

Innovate: In order to break free of the noise in a vastly oversaturated social landscape, we needed to do something different that fans and newcomers alike could latch onto.

Earn Credibility: Hip-hop fans don’t just let anyone in. You gotta earn cred before you’re part of the crew. We needed to prove that we intimately understood the Wu-Tang mythos in order to bring fans in to support the show.

Amplify: Once we were able to earn props with the core, how do we broaden the message? We needed to create an engaging activation that people would naturally want to share to their followers, thus amplifying the marketing of the show with a fresh take on UGC.

Here’s how we accomplished those goals.

We had something to prove to fans of the iconic hip-hop enclave when we entered this campaign. We needed to bring da ruckus with something fresh to stir excitement for the show. The Wu-Tang Name Generator combined an innovative use of Twitter’s “heart to remind” tool with our inside knowledge of the world of Shaolin to bring fans into the 36 chambers.

What makes the Wu-Tang Clan unique? In short: a lot. But what’s so special about the Wu-Tang Clan is the uniqueness of each of their members and their stage names. The RZA. Method Man. Raekwon. Ghostface Killah. They are greater than the sum of their parts. What if we were able to give fans of the group their own Wu-Tang nicknames?

First, we built over 50 unique Wu names into static name tags designed in the same style as the show’s marketing materials. These names were created using words and phrases from Wu-Tang Clan songs and even the clashing worlds of the Wu and the Shaolin, bringing the mythos to life in an original way.

Then, we were able to have the RZA himself shout out fans on our Twitter channel, inviting them to “like” the tweet in order to receive their very own custom Wu nickname. Putting the RZA forward gave our campaign a stamp of approval with the core we were seeking to activate. In addition to this tweet, we promoted a secondary tweet with a static card that invited users to opt in with a “like” to receive their Wu name.

Once users clicked “like” on these posts, they received a personalized notification in their inbox. Users received their unique name directly available for them to like, retweet, and share for all their friends to see.

Fans couldn’t get enough. They would comment on our posts with their nametags and excitedly retweet their unique name with sentiment about how they were looking forward to the premiere of the show.

From there, fans received weekly notifications with GIFs and images from the show - their friendly reminder that a new episode was ready to dive right into.

So how’d we do? Our method proved successful.

Most importantly, we had over 38 thousand users opt-in to our “heart to remind” by liking our posts and earning their very own nicknames. From there, they commented and shared away about how stoked they were to get their names and watch the show when it debuted on Hulu.

Fans were instantly excited about the personal nature of their Wu nicknames and the numbers showed. 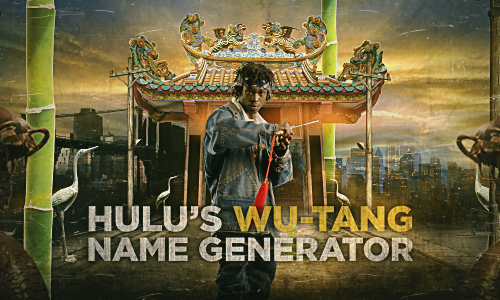